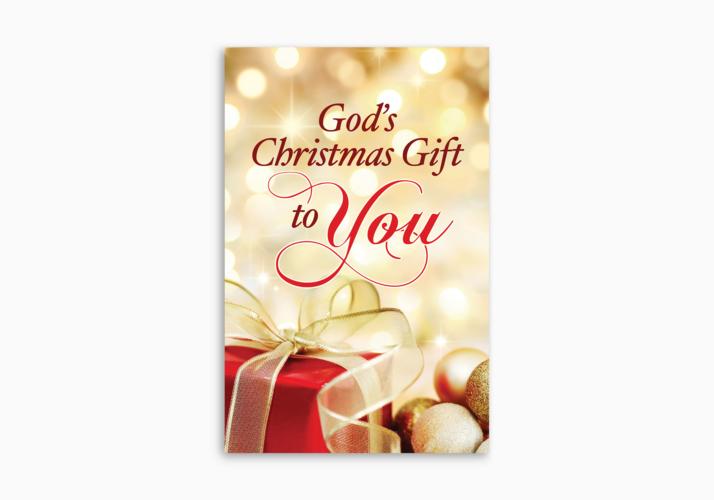 God's Christmas Gift to You

Bethlehem was six miles from Jerusalem, but like the religious leaders when Christ was born, many people "know about" the Messiah but fail to investigate.

How long would it take to walk six miles? If you’re in good shape, you could walk it in a couple of hours. That’s not much of a hike.

If you wanted to walk from Jerusalem to Bethlehem in Israel, it’s only six miles.

In Jesus’ day Bethlehem was a “little town,” as described in the familiar Christmas carol, with perhaps 200 residents. It was a place you stayed on your way to the big city, Jerusalem. You spent the night in Bethlehem and the next day you walked six miles to Jerusalem. That’s not very far.

Against that backdrop read the account in the Bible of the coming of the Magi to Jerusalem...

After Jesus was born in Bethlehem…in the days of Herod the king, behold, wise men from the east came to Jerusalem, saying, “Where is he who has been born king of the Jews? For we saw his star when it rose and have come to worship him.” When Herod the king heard this, he was troubled…and assembling all the chief priests and scribes of the people, he inquired of them where the Christ was to be born. They told him, “In Bethlehem of Judah, for so it is written by the prophet: ‘And you, O Bethlehem, in the land of Judah, are by no means least among the rulers of Judah; for from you shall come a ruler who will shepherd my people Israel’” (Matthew 2:1-6).

The Jewish teachers were simply reading the well-known Bible prophecy written 700 years earlier (Micah 5:2), speaking of the birth of Israel’s promised Messiah. So, here’s my question: If they knew that the Messiah was to be born in Bethlehem, why didn’t they go and check it out for themselves? Since they knew the truth, why didn’t they go the six short miles?

Perhaps their knowledge made them intellectually lazy or spiritually indifferent. To them answering Herod’s question was like playing a game of Bible Trivia when you already know all the answers. It’s too easy for all of us to “play by the rules” of whatever church or religion we adhere to and still keep Christ at arm’s length.

Whatever their reasons, those religious leaders who should have cared the most wouldn’t take the short trip to check out the rumor that their long-awaited Messiah had been born. Yet they were only six miles from God’s Son, Jesus! Six miles from the one who would bring salvation and forgiveness to mankind! Six miles from the giver of eternal life.

Everybody involved had the same basic information, but only the “wise men” did something about it: it is possible to know a great deal about someone or something and still miss the truth. Perhaps you’ve been religious but your beliefs have never led to a personal trust in God for the forgiveness of your sins. It’s possible that in these days leading up to Christmas that anger, worry, fear, doubt, and other inner distractions are draining all the joy from your heart.

So here’s the invitation to you from Christ: “Come to me, all who labor and are heavy laden, and I will give you rest” (Matthew 11:28). Confess the fact that your sins have been against God. My sins and yours contributed to the necessity for Christ to come to earth to die on the cross. He came to earth to be a sinless man and then to take the punishment our sins deserved: “God shows his love for us in that while we were still sinners, Christ died for us” (Romans 5:8). Three days later he rose from the dead (1 Corinthians 15:1-6). Even death, our greatest enemy, couldn’t conquer him.

And think of this: God “who did not spare his own son but gave him up for us all, how will he not also with him graciously give us all things?” (Romans 8:32). Religion and knowledge won’t bring you eternal life and a future in heaven.

The Bible urges us to “seek the LORD while he may be found; call upon him while he is near” (Isaiah 55:6). And Christ never turns away from the one who comes to him in true belief:  “Whoever comes to me I will never cast out” (John 6:37). This Christmas I hope you’ll take that short “six-mile journey” to Jesus to accept the gift of God—eternal life—that he has made possible for you. “Whoever believes in the Son has eternal life” (John 3:36).