Where Will You Spend Eternity? 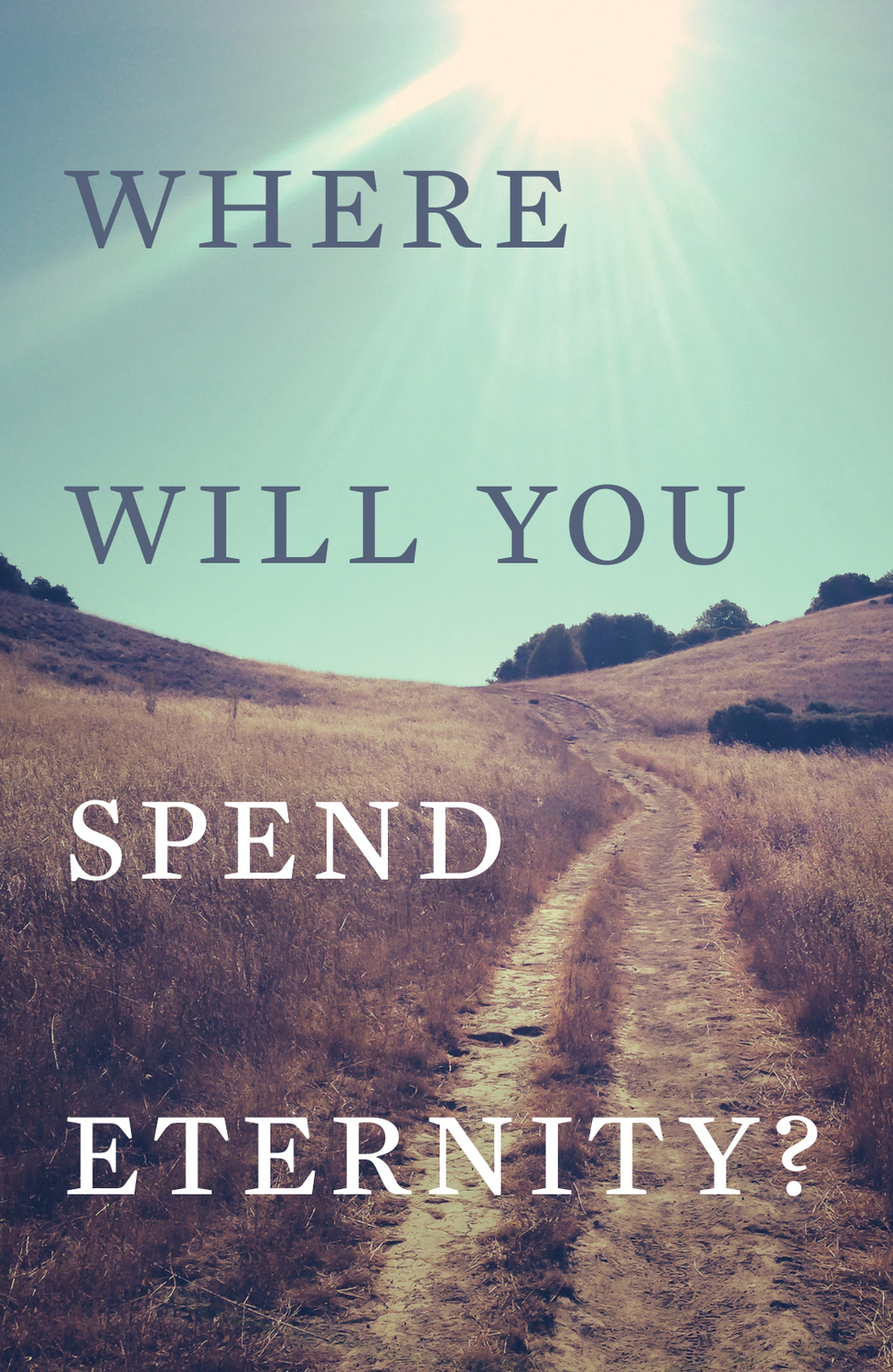 Through January 31, 2020, enter the discount code TRACTS at checkout to receive 40% off 10 or more assorted packs.

Where Will You Spend Eternity?

This tract refocuses our thoughts toward repentance of our sins and hope in our Savior, Jesus Christ.

On a late-night television show a popular playwright was asked if making lots of money concerned him. The studio audience went dead silent when he answered, “No . . . what does concern me is the fear of dying.”

Most of us, like that studio audience, are too uncomfortable with death to think clearly about our own eternal future. But the fact is that one day you and I will die. We can live in fear of the unknown or we can take a moment to consider what the Bible says about eternity . . . it may be the most important moment of your life.

First, let me ask you a simple question that will help you face the issue: If you died tonight, where would you spend eternity?

Most people, when asked that question, say something like: “I’ve led a pretty good life. I hope I’d go to heaven.” But they’re not really sure. Why are they willing to risk their future on wishful thinking when the Bible tells how they can know for sure where they will go after death? Perhaps because it’s so humbling to face the fact that we are sinners in need of salvation. The Bible says that all fall short of God’s glory (Romans 3:23). In our natural state none of us is pure enough to enter heaven; we need God’s forgiveness before we can come before him.

If you died tonight, where would you spend eternity?

Entrance into heaven is not based on what we have done, but on what God has done for us through Jesus Christ. The Bible says that “He that believeth on the Son hath everlasting life: and he that believeth not the Son shall not see life; but the wrath of God abideth [remains] on him” (John 3:36). That’s why God sent his Son to take the punishment for our sins, so that we won’t spend eternity in hell separated from him. “While we were yet sinners, Christ died for us” (Romans 5:8). He willingly took our place, and then he rose from the dead three days later.

Now let me ask you the same question again: If you died tonight, where would you spend eternity? Are you ready to stand before God with Christ as your Savior, or are you willing to face him in your sinfulness? The choice is yours.

If you choose God’s way, you can tell him in words like these: “Lord, I am turning from my own attempts to be good enough. I receive your offer of forgiveness and salvation. Thank you that Christ died for me so my life can change now and I can spend eternity with you.”

The person who truly believes that Christ is the only way to God has this assurance from Christ himself: “He that heareth my word, and believeth on him that sent me, hath everlasting life, and shall not come into condemnation but is passed from death unto life” (John 5:24). I hope you’ll accept his amazing offer!