His Work in His Way

Our natural self-assurance will never warn us about how these three approaches interrelate. The great divide is not between options 2 and 3— doing the Lord’s work in our own way versus doing the Devil’s work. The great divide is between options 1 and 2—doing the Lord’s work in the Lord’s way, for his glory alone, versus doing the Lord’s work in our own way, for our glory, for our self-display, for us to be impressive. John the Baptist articulated the humility essential to our being involved in what is truly of the Lord: “He must increase, but I must decrease” (John 3:30). None of us would say, “Jesus must decrease, and I must increase.” But we might feel within, without even realizing it, “Jesus and I can increase together. I’ll be big about this. After all, I owe him a lot.” All self-exaltation is of the flesh, and the flesh is no help at all. There is no power in the flesh, but only inertia. The Spirit shines to floodlight the glory of Jesus only.

To do the Lord’s work in the Spirit for the glory of Jesus is costly deep within. There is a cross we must embrace.

If this is so, then is there any higher priority in every generation than to stop and pray and consider what it means to do the Lord’s work in the Spirit to the exclusion of the flesh? Many important matters press upon us all. But what is more important than that? In the cultural upheaval and intensity of our times, our nation does not need more “successful” churches and ministries making an impact by deploying whatever trendy methods will generate buzz and lure people in and reinforce our already self-exalting lifestyles. When Paul warned the elders in Ephesus about leaders who cultivate a personal following—“to draw away the disciples after them”—Paul called those self-serving leaders “fierce wolves . . . speaking twisted things” (Acts 20:29–30). Any ministry with the wrong kind of attractive power, however much that ministry might be admired, with thousands of people flocking in—that kind of ministry is a total disaster brilliantly disguised as a massive success. If we have to choose—and inevitably every one of us does have to choose—it is better to fail in the weakness of the Spirit than succeed in the power of the flesh. Why? Because even a failure in the Spirit will still play some key role in the real battle being fought in the heavenlies in this generation. But a ministry making it big by the strategies of the flesh makes itself irrelevant to the real cause of Christ in the world today. It is concealing his true glory just as effectively as any adult bookstore, and maybe more so. How could it be otherwise? “The mind that is set on the flesh is hostile to God, for it does not submit to God’s law; indeed, it cannot” (Rom. 8:7). 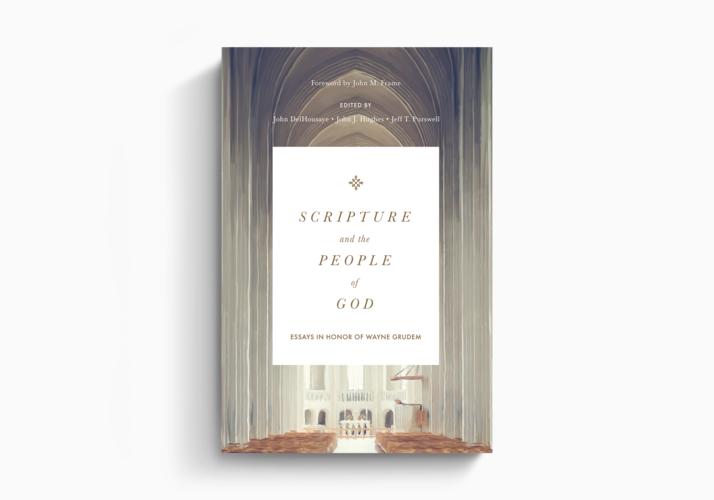 Scripture and the People of God

Compiled in honor of Wayne Grudem’s life and ministry, this volume of essays exploring topics related to Scripture stands as a testimony to the centrality and enduring worth of God’s Word.

What’s more, in the immediately preceding paragraph in Matthew’s Gospel, Peter had borne witness to Jesus as the Christ, the Son of the living God. And Jesus explained to him, “Flesh and blood has not revealed this to you, but my Father who is in heaven” (Matt. 16:17). How disturbing, then, that Peter went right on to speak under the opposite influence—Satan himself. The unsettling insight we gain here is that acting in the flesh rather than in the Spirit is a Christian problem. It is a continuing problem for people who know Jesus by real divine grace. But Peter did not perceive the difference between the illumination of the Father and the darkness of Satan. Jesus had to tell Peter what was really going on. Peter did not consciously decide for Satan. All he had to do was proceed with the intuitive thoughts of man, the instincts of the flesh, without allowing himself to be overruled by the humbling of the cross. If we are not consciously redirecting ourselves into the counterintuitive ways of the Spirit, the Lord might say to us as, in fact, he said to none other than Peter, “You are a hindrance to me” (Matt. 16:23).

To promote the cause of Christ in the flesh rather than the Spirit, to do the Lord’s work with the covert purpose of floodlighting our own talents and importance—that is being distracting and even destructive with what feels promising and exciting and impressive. To do the Lord’s work in the Spirit for the glory of Jesus is costly deep within. There is a cross we must embrace. But it is glorious to serve the Lord in the power of the Lord for the glory of the Lord. He himself is in it, and he is our resurrection life.

This article is adapted from Scripture and the People of God: Essays in Honor of Wayne Grudem edited by John DelHousaye, Jeff T. Purswell, and John J. Hughes.

A Biblical Argument for Self-Defense

What did Jesus mean when he instructed his followers to turn the other cheek? Does that mean we're never to self-defend?

Why the Study of Ethics Matters for Everyday Christians

Why should we study ethics from a biblical perspective? Why should we collect and summarize the Bible’s teaching in a systematic way?

Why Christians Should Study Ethics