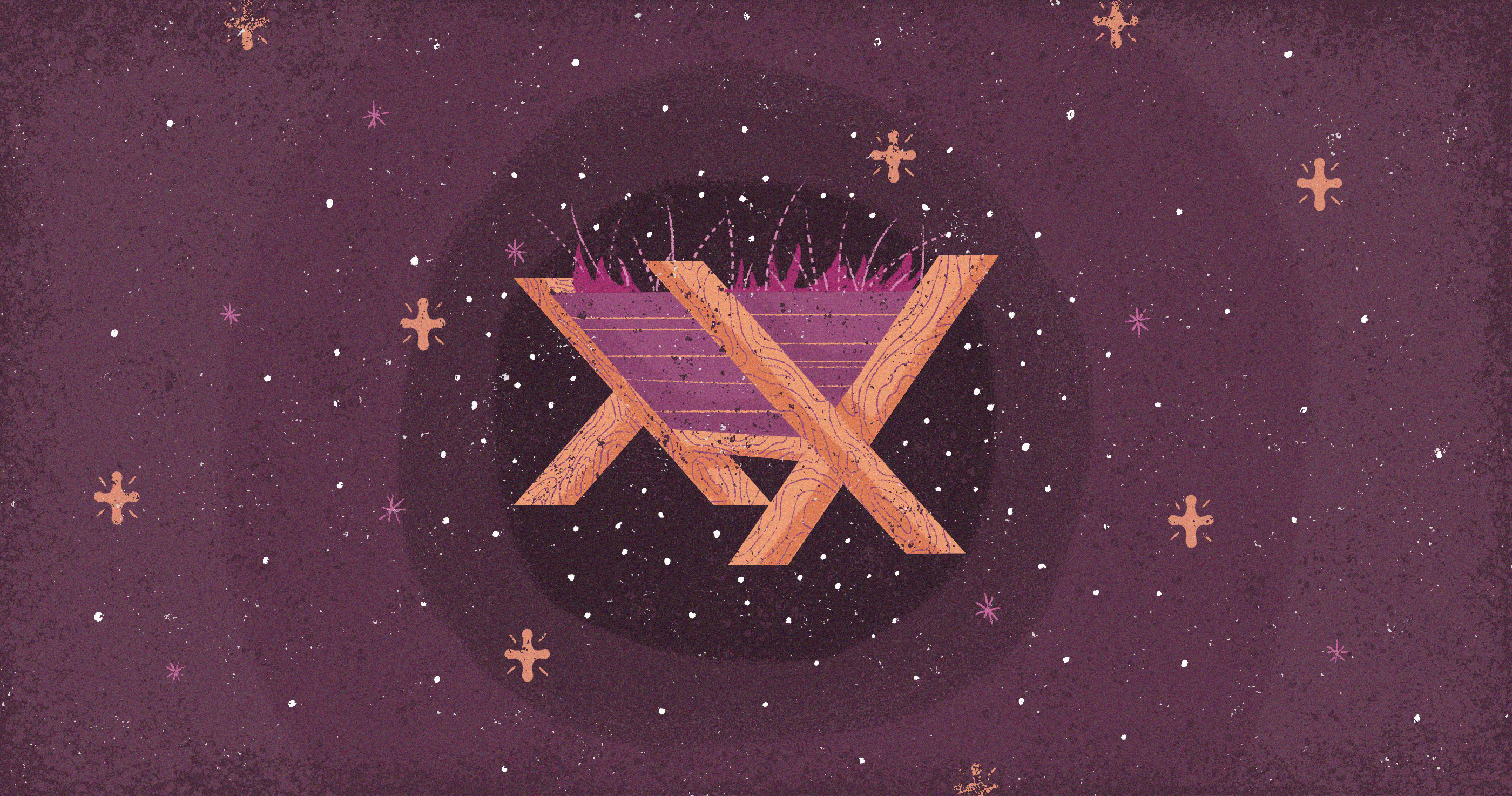 The Way, the Truth, and the Life was in the manger, causing angels to rejoice, Mary to wonder, shepherds to worship, and us to have hope.

Hope Is a Person

The Christmas story clearly shows that the hope of the universe is a person. Hope was what the angels sang about. Hope lay in the manger. Hope caused Mary to wonder in her heart. It was hope the shepherds came to worship. Hope was presented with gifts from the Magi who had traveled so far. The Advent story is a hope story because it chronicles the coming to earth of the One who is hope, Jesus. For a people born in sin and for a world damaged by sin there simply could not be any other source of hope. Good education would not solve the problem. Benevolent government had no power to solve the problem. More and better laws couldn’t penetrate to the source of the problem. People couldn’t help one another, and they surely couldn’t help themselves.

You see, the inescapable condition of sin infects every single human being and has scarred every aspect of the cosmos, which cried out for one thing and one thing alone: divine intervention. The only solution was a Savior, and the only suitable Savior with the wisdom, power, and righteousness to accomplish the task would be God himself. The One denied would come to rescue his deniers. The One rejected would move to save his rejecters. The One who had been rebelled against countless times would come to redeem the rebels. The One who had been replaced in people’s hearts with an endless catalog of idols would invade the world he had made and rescue people from themselves. He would not come to set up an earthly kingdom and enforce his rule on the unwilling. He would not come to judge and condemn. He would not come demanding the service that was his rightful due. No, he came to serve, to suffer, and to die so that his kingdom would reign in the hearts of people. He came to seek and to save. He came to suffer and forgive. He came to rescue and restore. He came to call, draw, and love those who without his grace would continue to live for themselves. He came, and because he did, there is hope that sinners can be redeemed and the world can be renewed. It really is true: hope is a person, and his name is Jesus.

Before Jesus went to the cross to do what he came to do, he detailed for his followers why he is the only hope that could ever give hope to sinners. He made his identity and mission clear with these words: “I am the way, and the truth, and the life. No one comes to the Father except through me” (John 14:6).In these brief words Jesus clearly explains why he is humanity’s one and only hope. 1. Jesus is the way to

Sin had created a horribly unnatural separation between God and the people he had created. God created people to dwell in loving and worshipful moment-by-moment fellowship with him. People were not designed to live independently. They were not made to figure life out on their own. People were meant to live according to God’s will and for his glory. The great question of human history was, “How will this gulf between people and God ever be bridged?” Jesus came as the only possible answer to this question. He could meet God’s moral requirement in every way by keeping his law without one instance of failure. He would be the final Lamb of sacrifice, paying the ultimate penalty for our sin. In his perfect life and acceptable death, he became the only way to restore relationship with God. He would return things to the way they were created to be

God sent Jesus as the ultimate, physical reminder of the depth of our need.

2. Jesus is the truth from God.

It is no exaggeration to say that Jesus came to earth as God’s ultimate and final sermon. He didn’t just communicate God’s truth; he was God’s truth. First, in a way that had never been done before, Jesus revealed the Father to us. He made the Father’s character clear—so clear that he could rightly say, “Whoever has seen me has seen the Father” (John 14:9). But there’s more: he revealed God’s redemptive plan to us. Hanging on the cross, Jesus demonstrated how God planned to deal with our sin. He sent a Savior to die in our place. There’s one final thing. The coming of Jesus preached the truth about our condition. We were in a state of impending doom, without any ability to rescue ourselves, so God sent Jesus as the ultimate, physical reminder of the depth of our need. Yes, it’s true: Jesus is the truth from God.

Jesus doesn’t just preach life or provide life; he is life. Ephesians 2:1–2 talks about the dire condition we were in, apart from the person and work of Jesus: “and you were dead in the trespasses and sins in which you once walked.” Dead people need life breathed into them or they will never rise and live again. Jesus came to be that life-giver. He came to conquer the ultimate result of sin: death. His resurrection was the firstfruit of a myriad of resurrections to come, as by grace his Spirit would breathe new life into all who would put their trust in him. He came as life to defeat the power of death and ignite eternal life in the hearts of his redeemed children.

Hope in the here and now and hope in the great forever that is to come rests on one set of shoulders. It rests on the almighty shoulders of Jesus, who is for you today the Way, the Truth, and the Life. He offers you what you have no power to provide for yourself: restored relationship with God, a knowledge of what really is true, and life that will never end. How’s that for hope?

An Open Letter to the Overwhelmed Parent at Christmas

For the believer, the most important thing we can do this Christmas is not wrap another present, but open up our hearts and minds anew to the wonder of God coming to earth.

Andreas Köstenberger explores how to distinguish fact from fiction when it comes to the Christmas story, discussing the real date of Jesus's birth, the wise men and the star, and key Old Testament prophecies and allusions surrounding the incarnation.

Why Do Traditions Matter?

Although we cannot bequeath God to our children, we can help them know him and understand him in ways that prepare them to believe in his name.