Christin Ditchfield has loved the Chronicles of Narnia since she was a child. She has authored more than fifty books including Crossway’s A Family Guide to Narnia and A Family Guide to “The Lion, the Witch, and the Wardrobe.” She is also an accomplished educator and conference speaker and the host of the syndicated radio program, Take It to Heart!

We recently spoke to Christin about her latest book, A Family Guide to "Prince Caspian":

Most people today are at least a little familiar with C.S. Lewis's The Chronicles of Narnia, thanks to the movie version of The Lion, the Witch, and the Wardrobe. Of course The Lion, The Witch, and The Wardrobe is a kind of an allegory—it tells the story of Jesus' death and resurrection. There’s now a new movie version of Prince Caspian. What’s the story? Are there biblical principles in this one, too?

When Prince Caspian begins, over a thousand years have passed since King Peter and King Edmund and Queen Susan and Queen Lucy ruled from the four thrones at Cair Paravel. Since then, a wicked race of men has conquered the land, silenced the rivers and trees, and killed off the Talking Beasts and Dwarves and Fauns and Giants. A tiny remnant remain in hiding, holding on to the faintest hope that somehow Narnia will be delivered from the oppression of the Telmarines—set free and restored to its former glory. But some creatures have grown bitter with centuries of suffering. They begin to doubt that Aslan, Narnia’s creator and savior, still exists—if he ever did—or that he cares about their plight. Skeptics say the old stories are nothing more than myths or fairy tales. But there are some who still believe, some who insist that the stories are true—that Aslan will come again and Narnia will see a new day.

We can relate to that, can’t we? Hebrews 11:1 tells us, “Now faith is being sure of what we hope for and certain of what we do not see.” In our world today we see that often the wicked flourish, and the righteous are oppressed. Scoffers and skeptics call our faith a fairy tale. Jesus said, “Blessed are those who have not seen and yet have believed” (John 20:29). Just as the hope and faith and perseverance of the Talking Beasts of Narnia is rewarded, ours will be, too. Jesus will come again, in power and glory! His victory is sure. We just have to hang in there and fight the good fight until He gets here.

You've said that the some of the spiritual principles in Prince Caspian are particularly relevant or significant for Christians today. Explain this.

I think the most significant is the overall theme of persevering and holding onto our faith in dark times, but there are others. For Peter, Edmund, Susan, and Lucy, their second adventure in Narnia is a lesson in courage: “We also rejoice in our sufferings, because we know that suffering produces perseverance; perseverance, character; and character, hope. And hope does not disappoint us” (Romans 5:3-5a). Lucy discovers the cost of discipleship (Matthew 16:24). She and Susan illustrate the story of Mary and Martha in Luke 10:38-42, as Susan allows practical concerns to keep her from experiencing Aslan’s presence while Lucy chooses to “sit at his feet.” Prince Caspian also includes powerful illustrations of the following truths: “Our struggle is not against flesh and blood, but against the rulers, against the authorities, against the powers of this dark world and against the spiritual forces of evil in the heavenly realms” (Ephesians 6:12) and “The Lord is not slow in keeping His promise, as some understand slowness. He is patient with you, not wanting anyone to perish, but everyone to come to repentance” (2 Peter 3:9).

Do you think the films by Disney and Walden Media have accurately captured the spirit—and the spiritual foundation—of Lewis's books?

I think the film-makers certainly intended to stay true to Lewis’s vision. The first movie followed the book pretty closely, and the Scriptural principles shone through. However, many Narnia fans were disappointed by the movie version of Prince Caspian, because almost every scene was changed or rearranged to accommodate the unique challenges of translating this particular story from book to film. And frankly, in the translation, the biblical principles and parallels were lost. If you didn’t like the movie, don’t let it keep you from exploring the book. The original story is terrific and it brings so many significant spiritual truths to life. If you did like the movie, I think you’ll like the book even more!

At what age do you think it's appropriate to introduce children to The Chronicles of Narnia?

Every child is different but, generally speaking, I think children as young as six or seven will enjoy hearing the stories read aloud and may even take turns reading along with you. Kids ages 8-12 can read the series on their own. Of course, there are Narnia fans of all ages. One grandmother told me, “I read these books to my own children years ago. Now I’m reading them with my grandchildren, and I’m getting so much more out of them this time around!”

As far as the movie versions go, again, each child is different. Each family’s standards are different. I always encourage parents to preview the films and make a determination as to whether or not they are appropriate for their family at this time.

You’ve written a number of guides to The Chronicles of Narnia. Can you share with us an anecdote or two about how your books have impacted readers?

I think one of my favorite stories was shared with me by a young woman who came to one of my book-signings. She told me that a year before, she had accidentally wandered into a Christian bookstore not knowing what it was. (Her son was drawn to all the cool toys in the window display!). As she looked around, she happened to see A Family Guide to Narnia, and she remembered reading The Chronicles of Narnia as a child. It was something familiar. So she decided to get a copy. She’d gone to church a few times when she was little, but she didn’t know much about the Bible or the Christian faith. She was intrigued to learn how the Narnia stories were all connected to the Scriptures. A few weeks later, she went back to the bookstore to get a Bible so she could look up the Scriptures for herself and really study them. Now she and her whole family attend a Bible-believing church! What a wonderful testimony of how God can use a fairy tale—and a guide to that fairy tale—to draw someone to the Greatest Story Ever Told.

If you've enjoyed Christin's Family Guides, be sure to watch for her newest book, A Family Guide to the Bible, set to release in May 2009! 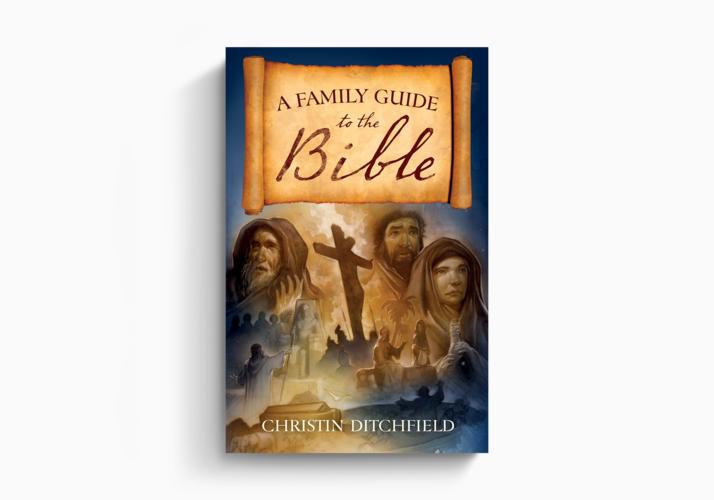 A Family Guide to the Bible
Christin Ditchfield 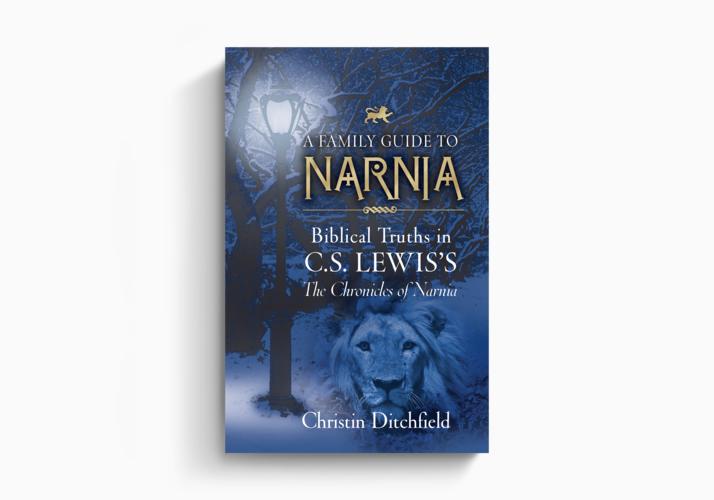 A Family Guide to Narnia
Christin Ditchfield
Crossway is a not-for-profit Christian ministry that exists solely for the purpose of proclaiming the gospel through publishing gospel-centered, Bible-centered content. Learn more or donate today at crossway.org/about.