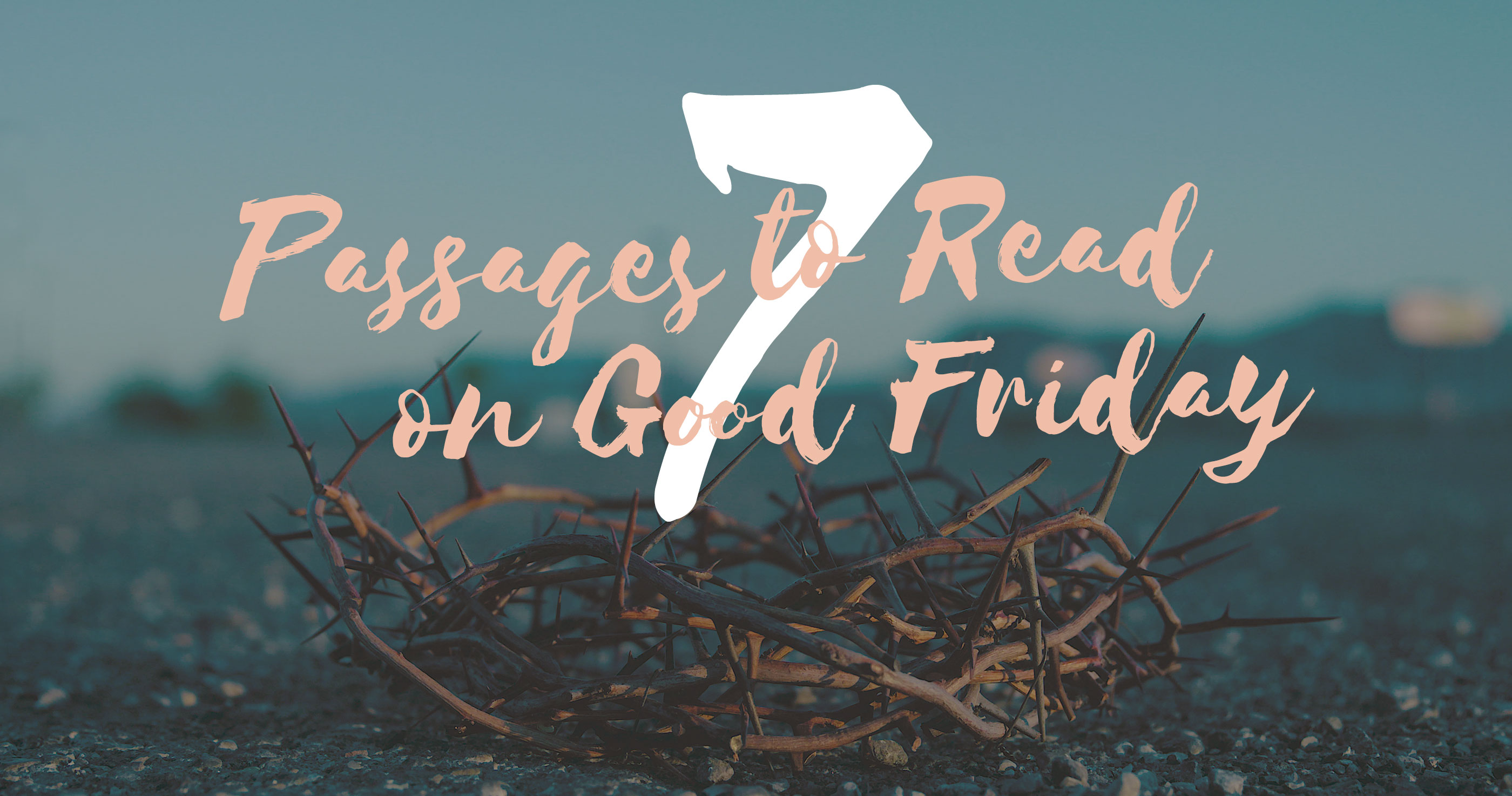 Now as they were eating, Jesus took bread, and after blessing it broke it and gave it to the disciples, and said, “Take, eat; this is my body.” And he took a cup, and when he had given thanks he gave it to them, saying, “Drink of it, all of you, for this is my blood of the covenant, which is poured out for many for the forgiveness of sins. I tell you I will not drink again of this fruit of the vine until that day when I drink it new with you in my Father's kingdom.”

And they compelled a passerby, Simon of Cyrene, who was coming in from the country, the father of Alexander and Rufus, to carry his cross. And they brought him to the place called Golgotha (which means Place of a Skull). And they offered him wine mixed with myrrh, but he did not take it. And they crucified him and divided his garments among them, casting lots for them, to decide what each should take. And it was the third hour when they crucified him. And the inscription of the charge against him read, “The King of the Jews.” And with him they crucified two robbers, one on his right and one on his left. And those who passed by derided him, wagging their heads and saying, “Aha! You who would destroy the temple and rebuild it in three days, save yourself, and come down from the cross!” So also the chief priests with the scribes mocked him to one another, saying, “He saved others; he cannot save himself. Let the Christ, the King of Israel, come down now from the cross that we may see and believe.” Those who were crucified with him also reviled him.

And when the sixth hour had come, there was darkness over the whole land until the ninth hour. And at the ninth hour Jesus cried with a loud voice, “Eloi, Eloi, lema sabachthani?” which means, “My God, my God, why have you forsaken me?” And some of the bystanders hearing it said, “Behold, he is calling Elijah.” And someone ran and filled a sponge with sour wine, put it on a reed and gave it to him to drink, saying, “Wait, let us see whether Elijah will come to take him down.” And Jesus uttered a loud cry and breathed his last. And the curtain of the temple was torn in two, from top to bottom. And when the centurion, who stood facing him, saw that in this way he breathed his last, he said, “Truly this man was the Son of God!”

There were also women looking on from a distance, among whom were Mary Magdalene, and Mary the mother of James the younger and of Joses, and Salome. When he was in Galilee, they followed him and ministered to him, and there were also many other women who came up with him to Jerusalem. 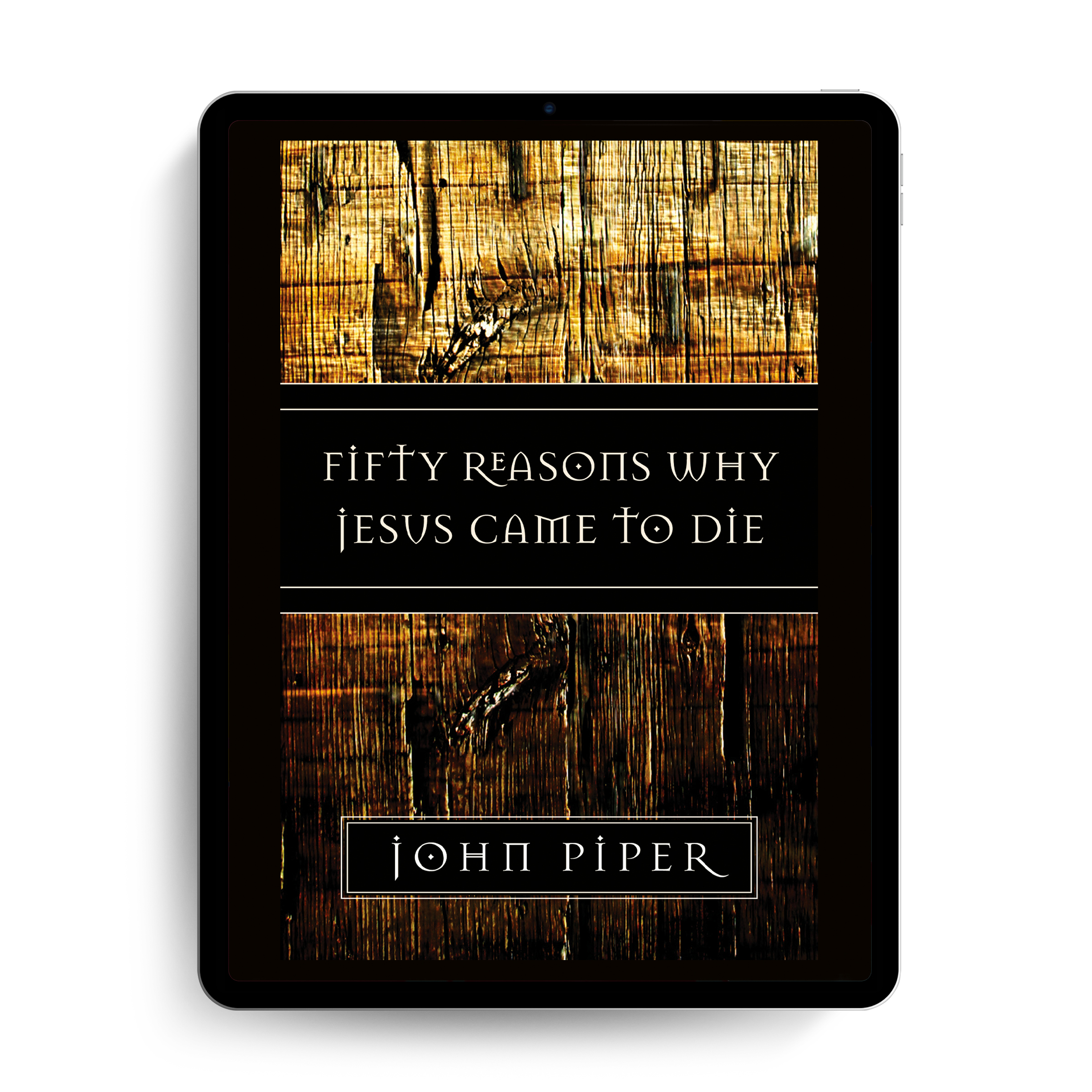 He was despised and rejected by men,
a man of sorrows and acquainted with grief;
and as one from whom men hide their faces
he was despised, and we esteemed him not.

Surely he has borne our griefs
and carried our sorrows;
yet we esteemed him stricken,
smitten by God, and afflicted.
But he was pierced for our transgressions;
he was crushed for our iniquities;
upon him was the chastisement that brought us peace,
and with his wounds we are healed.
All we like sheep have gone astray;
we have turned—every one—to his own way;
and the LORD has laid on him
the iniquity of us all.

If we let him go on like this, everyone will believe in him, and the Romans will come and take away both our place and our nation.” But one of them, Caiaphas, who was high priest that year, said to them, “You know nothing at all. Nor do you understand that it is better for you that one man should die for the people, not that the whole nation should perish.” He did not say this of his own accord, but being high priest that year he prophesied that Jesus would die for the nation, and not for the nation only, but also to gather into one the children of God who are scattered abroad. So from that day on they made plans to put him to death.

Therefore, just as sin came into the world through one man, and death through sin, and so death spread to all men because all sinned—for sin indeed was in the world before the law was given, but sin is not counted where there is no law. Yet death reigned from Adam to Moses, even over those whose sinning was not like the transgression of Adam, who was a type of the one who was to come.

But we have this treasure in jars of clay, to show that the surpassing power belongs to God and not to us. We are afflicted in every way, but not crushed; perplexed, but not driven to despair; persecuted, but not forsaken; struck down, but not destroyed; always carrying in the body the death of Jesus, so that the life of Jesus may also be manifested in our bodies. For we who live are always being given over to death for Jesus' sake, so that the life of Jesus also may be manifested in our mortal flesh. So death is at work in us, but life in you.

But we see him who for a little while was made lower than the angels, namely Jesus, crowned with glory and honor because of the suffering of death, so that by the grace of God he might taste death for everyone.

For it was fitting that he, for whom and by whom all things exist, in bringing many sons to glory, should make the founder of their salvation perfect through suffering. For he who sanctifies and those who are sanctified all have one source. That is why he is not ashamed to call them brothers…

10 Passages to Read in the Face of Global Conflict

God is our refuge and strength. Read these passages for comfort and to help guide prayer during times of worldwide strife, conflict, and war. 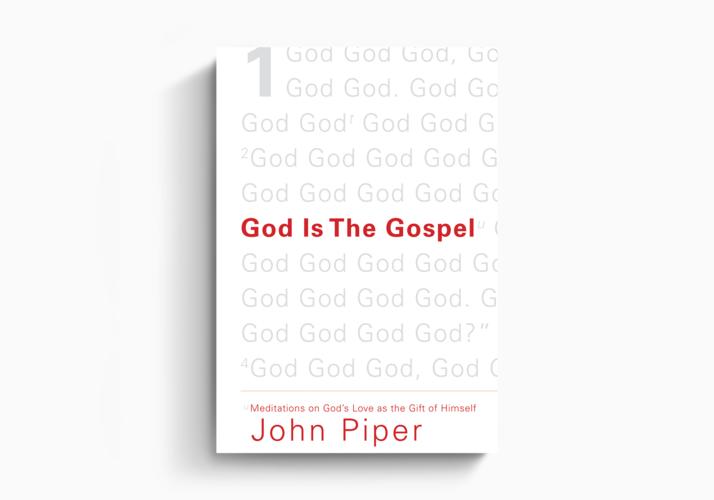 It Is Well
Mark Dever, Michael Lawrence
Crossway is a not-for-profit Christian ministry that exists solely for the purpose of proclaiming the gospel through publishing gospel-centered, Bible-centered content. Learn more or donate today at crossway.org/about.