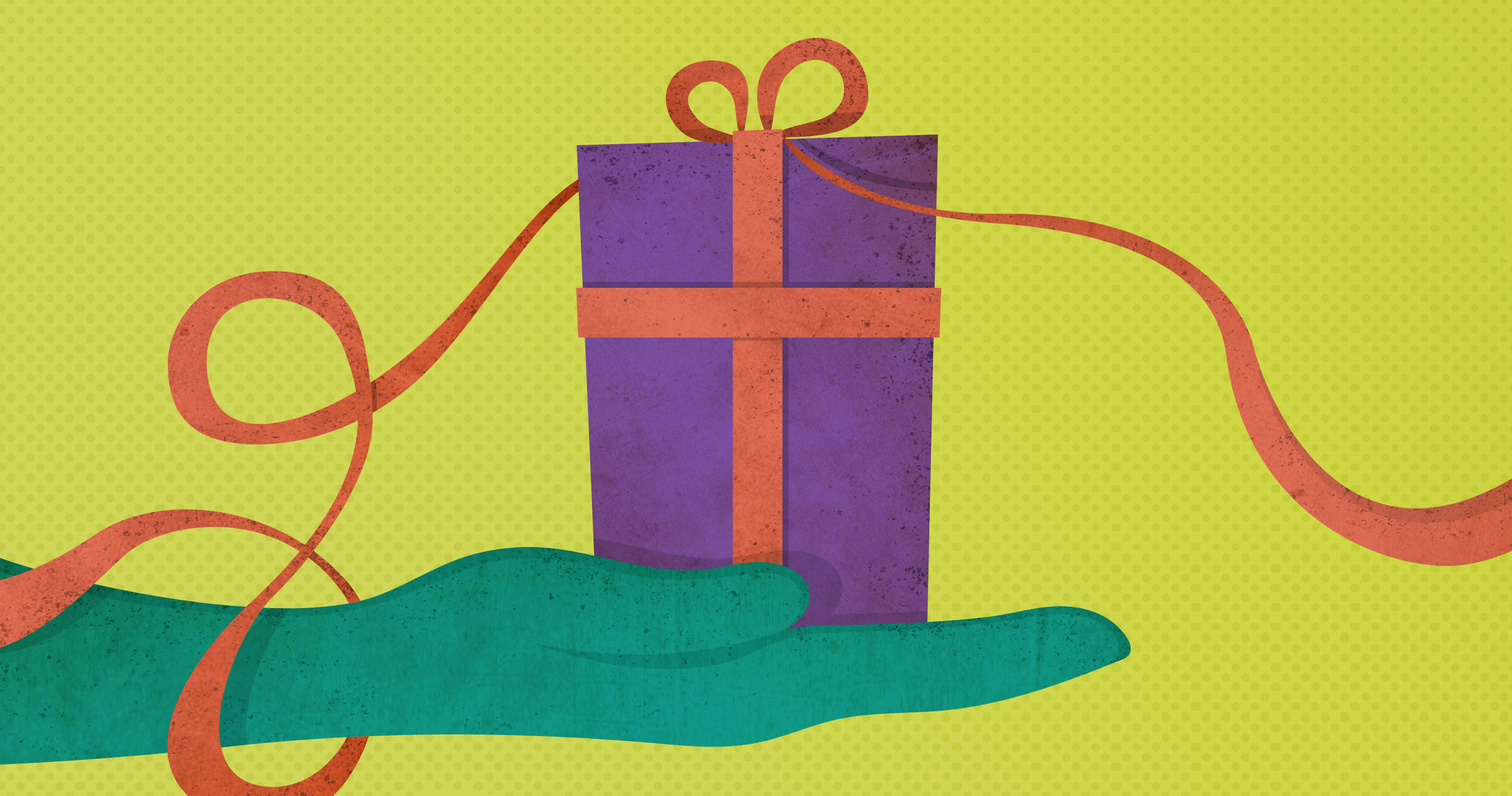 The Meaning of Justification

1. Justification is judicial, not experiential.

Justification means to declare righteous, not to make righteous (in the sense of transforming one’s character to be righteous). It is a metaphor from the law court, where a judge pronounces someone as either guilty or not guilty. Paul contrasts condemning (pronouncing guilty) and justifying (pronouncing not guilty but righteous) in Romans 8:33–34: “Who shall bring any charge against God’s elect? It is God who justifies. Who is to condemn?” (cf. Rom. 5:18; 8:1). God “justifies the ungodly” (Rom. 4:5) in that he legally declares ungodly people to be innocent and righteous—not in that he transforms ungodly people into godly people.1

When God justifies believing sinners, he forgives those sinners’ “lawless deeds” and covers their sins and no longer will count their sins against them.

Justification is a blessing because God imputes Christ’s righteousness to the believing sinner. God does not merely cancel a sinner’s guilt and declare that the sinner is innocent (neutral). God imputes Christ’s righteousness to the believing sinner’s account and declares that the sinner is righteous (positive).2 That is why “the one to whom God counts righteousness apart from works” experiences a “blessing” (Rom. 4:6; cf. Rom. 4:7–9): “As by the one man’s disobedience the many were made sinners, so by the one man’s obedience the many will be made [i.e., have the status of] righteous” (Rom. 5:19).

Contrary to the New Perspective on Paul, justification is fundamentally about how sinful humans relate to the righteous God, not to other humans. It is primarily about soteriology, not ecclesiology.3

The Need for Justification

5. Justification is necessary because all humans without exception are sinners under God’s condemning wrath (Rom. 1:18–3:20).

Justification ultimately glorifies God. A goal of justification is to enable guilty sinners to stand before the righteous God as righteous.

The Basis of Justification

(On forgiveness and imputation, see statements 2–3 above.) How can God be a just judge (i.e., a judge who is morally right and fair) if he declares that guilty people are not only innocent but righteous? Because justification depends on propitiation—that is, Jesus’s sacrificial death propitiates God the Father. Jesus satisfies God’s righteous wrath against us and turns it into favor. We are justified by Jesus’s blood—that is, based on his sacrificial, substitutionary death (Rom. 5:9). The righteous God righteously righteouses the unrighteous. Justification vindicates God in justifying the ungodly because of propitiation.

Justification vindicates God in justifying the ungodly because of propitiation.

“Union with Christ,” Marcus Johnson observes, “provides the basis for our justification.”6 This is related to the previous statements about propitiation and resurrection. Christ’s propitiation and resurrection benefit believing sinners because they are united to Christ. Brian Vickers ends his careful study of imputation by agreeing with J. Gresham Machen that there is no hope without Christ’s active obedience:

Christ’s fulfilling of all righteousness—his obedience to the Father’s will and commands in his role as the second Adam, his sacrificial death, and his resurrection that vindicates the cross and ushers in a new eschatological era—becomes ours by faith in union with him. It is on this basis that a believer is reckoned righteous.7

The Means of Justification

The means of justification is not our good works. We are justified δωρεὰν τῇ αὐτοῦ χάριτι—freely (i.e., as a gift, without payment) by his grace (Rom. 3:24). Sinners cannot merit a right standing before God based on their works, so they cannot boast before God (Rom. 4:2). Calvin infers a universal principle: “Whoever glories in himself, glories against God.”8 “In every age of human history,” explain John MacArthur and Richard Mayhue, “religion has answered that we can get to heaven by being good people. The various religious systems of the world concoct lists of rituals and ceremonies that must be performed to achieve a measure of righteousness that might avail in the courtroom of God.”9 “A true view of justification,” asserts Grudem, “is the dividing line between the biblical gospel of salvation by faith alone and all false gospels of salvation based on good works.”10

The means of justification is faith in Christ. Faith is instrumental. Being justified does not include works, and the object of faith does not include oneself or anyone else other than God in Christ: “To the one who does not work but believes in him who justifies the ungodly, his faith is counted as righteousness” (Rom. 4:5). John Piper remarks, “Romans 4:5 is perhaps the most important verse on justification by faith alone in all the New Testament.”11

We are justified “through the redemption that is in Christ Jesus” (Rom. 3:24). The human means of justification is faith; the divine means is redemption.

The Accessibility of Justification

The Results of Justification

God’s people are now under the new covenant and not the Mosaic law-covenant.12 Justification now fulfills the law (Rom. 3:21, 31; 8:4). The Old Testament prophetically testifies to the salvation-historical shift that occurred with Christ’s death that made the Mosaic law-covenant obsolete. Now God’s people uphold the law “by this faith” (Rom. 3:31).

14. Justification is inseparably connected to peace with God (Rom. 5:1).

15. Justification is inseparably connected to the most deeply rooted and satisfying rejoicing (Rom. 5:2–11).

Justification is not an end in itself. Neither is the forgiveness of sins or the imputation of righteousness. Neither is escape from hell or entrance into heaven or freedom from disease or liberation from bondage or eternal life or justice or mercy or the beauties of a pain-free world. None of these facets of the gospel-diamond is the chief good or highest goal of the gospel. Only one thing is: seeing and savoring God himself, being changed into the image of his Son so that more and more we delight in and display God’s infinite beauty and worth.13

For Roman Catholics, “faith + works → justification,” and for Protestants, “faith → justification + works” (where “→” means results in or leads to).14 But even some Protestants—especially advocates of higher life theology—separate justification from transformation.15 “The whole point of Romans 6,” though, is this: “God not only frees us from sin’s penalty (justification), but He frees us from sin’s tyranny as well (sanctification).”16 “A major flaw” with how higher life theology interprets Romans 6 is that “Paul is not telling believers how a justified person can lead a holy life, but why he must lead a holy life.”17

17. Justification is inseparably connected to assurance that God will finish what he planned, accomplished, and applied (Rom. 8:28–39).

God planned to save his people— he foreknew and predestined them. God accomplished his plan through Christ’s life, death, and resurrection. He applied his plan—he effectually called and justified his people. And God will finish what he started—he will glorify them.19 Since God is for us, absolutely nothing can be against us (Rom. 8:31)!

The Doctrine on Which the Church Stands or Falls

This collaborative volume of 26 essays explores the doctrine of justification from the lenses of history, the Bible, theology, and pastoral practice—revealing the enduring significance of this pillar of Protestant theology.

18. Justification is definitive and will be final when God publicly vindicates believers.

When God initially justifies a believer, that justification is definitive and once for all time. But it is private. When God resurrects believers in the future, he will publicly vindicate them at the last judgment. This is clearer in Galatians than in Romans,20 but some passages in Romans could refer to that final justification (Rom. 2:13; 5:18; 8:30, 32–34).21

The Goal of Justification

According to the revelation of the mystery that was kept secret for long ages but has now been disclosed and through the prophetic writings has been made known to all nations, according to the command of the eternal God, to bring about the obedience of faith—to the only wise God be glory forevermore through Jesus Christ! Amen. (Romans 16:25–27)

In short, “From him and through him and to him are all things”—especially our justification. “To him be glory forever. Amen” (Rom. 11:36).

This article is adapted from The Doctrine on Which the Church Stands or Falls: Justification in Biblical, Theological, Historical, and Pastoral Perspective edited by Matthew Barrett.

Why Every Generation Must Contend for Justification Sola Fide

Justification sola fide is the heart of the gospel and the broad Protestant consensus achieved on this article of faith is one of the greatest theological developments since the Chalcedon.

The Question at the Heart of Christianity

Central to our faith is the answer to this question: How is one right with God?