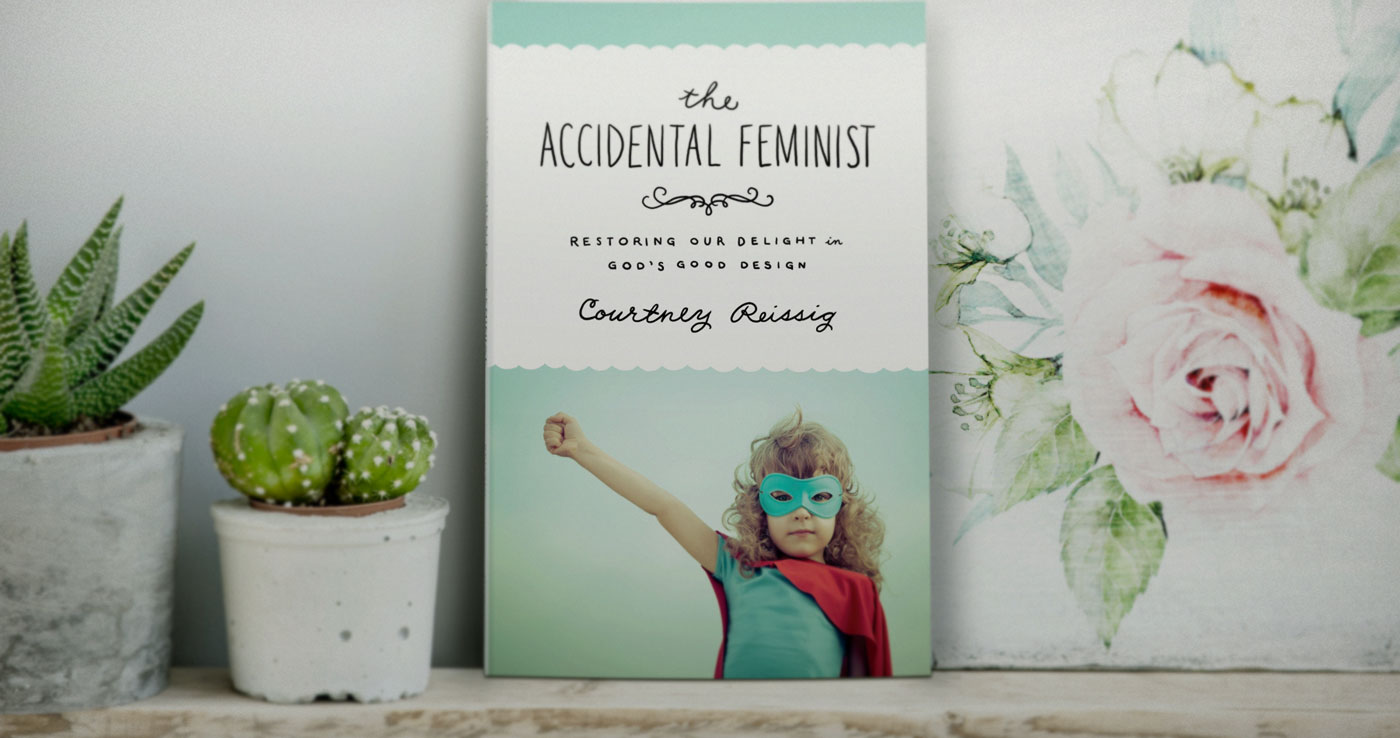 This is an interview with Courtney Reissig, author of The Accidental Feminist: Restoring Our Delight in God's Good Design.

Why did you title your new book The Accidental Feminist?

I wanted to draw attention to the subtle ways feminism has influenced all of us. While some Christian women might not identify themselves as feminists, and may even clearly reject it, the reality is we have all grown up in a world where feminism is the norm. It is impossible to escape the reach of feminism in our current culture regardless of where you stand on the merits of feminism.

Isn’t it good for women to be smart, independent, and confident?

Absolutely. I think women should embrace their mind, their interests, and their personality. All of those things are part of being created in the image of God, and to temper those qualities because of fear or cultural expectations is unhealthy.

As creatures, we are utterly dependent on our creator, God. So while women should be encouraged to flourish in their talents and gifts, they also should be shepherded to depend wholly on the God who created them.

So while women should be encouraged to flourish in their talents and gifts, they also should be shepherded to depend wholly on the God who created them.

Do you think feminists have contributed anything positive to the church and/or our broader culture? If so, why write a book pushing against it?

Feminism was a response to some very real needs in our society. Women were a helpless class when they fought for the right to vote. The ability to own property, earn a fair wage, keep children out of factory work, and vote in elections are all good products of the early feminist movement.

But that doesn’t mean that feminism was or is the ultimate answer, especially when it begins to push against the Bible’s teaching related to men and women. When God created men and women in his image, he declared us equal—the same value, the same dignity, and the same basic rights as the other. But sin changed all of that. The root of sin runs deep in our souls, keeping men and women at war (Genesis 3:16).

Feminism ultimately exists because sin exists—male sin and female sin. As Christians, we have a better answer. We don’t need to go back to a 19th and 20th century movement to put our stake in the ground for equality. We simply need to go back to Genesis 1. What many don’t understand about the beginnings of feminism is that it wasn’t just about basic equal rights; for some feminists, it was also about reimagining God and his Word. The belief that God’s Word couldn’t be trusted started the slow erosion that has led us to the feminism of today. Because my generation has grown up in a feminist world, we need fresh eyes to see how this ideology, while laced with good results, is actually damaging to our view of God and his Word.

What was it that led you to reject the “accidental feminism” of your younger years?

I was a pretty militant feminist before I was an accidental one. Rejecting the feminism of my pre-conversion years came easier than rejecting the feminism that I didn’t realize stayed behind when I came to Christ. As I grew in my understanding of God’s design for me as a woman, I came to respect God’s design for men as well. I actually used to be pretty disparaging towards guys in general, and I grew to understand that if I thought women had value, then I had to believe men did, too.

But I also didn’t realize how much I looked down on marriage until I saw judgment rise in my own heart whenever a girl got engaged or married before college was over because I saw her as lacking ambition or purpose. I thought that the best way for me to serve the Lord was doing something that made a difference in the world, and, at the time, I couldn’t see how marriage, children, and embracing my design as a woman was honoring him as well. But I slowly began to see that marriage is God’s good gift and should be celebrated.

In the book, you write that equality doesn’t mean sameness. Isn’t that just another way of limiting what women can say and do?

Throughout Scripture we are given an overarching picture of our limits as finite beings, as well. It is not a slight to be limited. It’s how God designed it to be. Men, while having different functions, are also limited. When we frame the question about equality and sameness with the focus on limits, we miss the point about our design as women. God is the authority over our lives. He created us in his image to tell a story about his glory and who he is. It’s a privilege, not a slight.

What are some of the key areas where you see secular feminism’s biggest influence on Christian women?

I see this in a couple of ways. While I think most Christian women wouldn’t explicitly say they think career or education are more important than marriage or children, we sometimes implicitly communicate that we believe this to be true. I see this in my own life when I cringe after hearing of a woman getting married without going to college, or before she finishes college. It can also present itself in the mentality that marriage and children should wait until a woman establishes herself in a career and feels ready to take the leap. Unfortunately, biology doesn’t wait until you feel ready, and many women are finding that out in their thirties and forties. 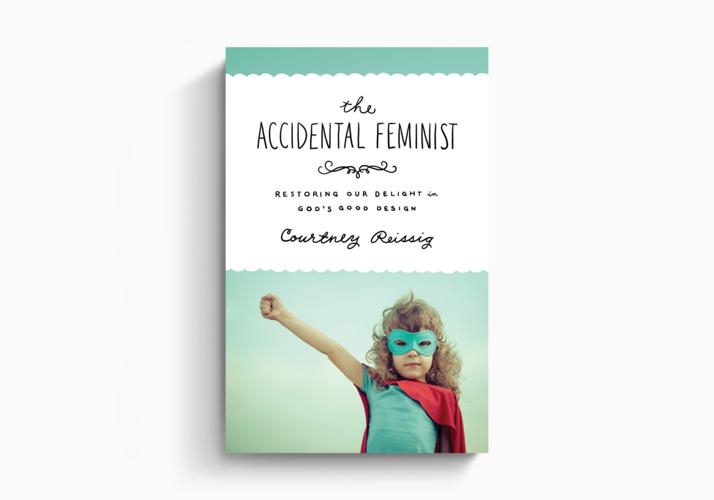 Another way I see feminism influence us as Christian women is in how we think about our relationship towards men. The conviction that women are strong and competent (which we are) is different than always reacting in pride whenever a man offers to help us with something. None of this means women should stop trying to do things on their own; we certainly don’t need more damsels in distress. Strength and competency are good things. But, too often, women confuse these good attributes with sinful impulses toward unbridled independence.

Why is “submission” such a taboo word in our day? Do you think the word is still helpful?

Submission is primarily a taboo word because we don’t understand it. In our current culture, we revolt against it because we live in a world where submission is viewed as weakness. Some of this is due to very real abuse that has been perpetrated against women in the name of “godly submission,” and we shouldn’t be too quick to gloss over that. However, some of it is also due to the dominant values our cultural constantly promotes. Our country was founded on the principles of independence and freedom from tyranny and authority.

Notwithstanding all of that, the fact that people misunderstand or misuse the word doesn’t mean we should throw it out. The concept is definitely present in the Bible, so we have to work to understand what it means. I think it is helpful because, like everything else that God has created, it tells a greater story about who God is and how he operates. Without submission, we have no cross and no forgiveness of sins, because Christ submitted to the Father, even up to his very death (Philippians 2:1-11). Understanding submission is crucial to understanding the Godhead and our own salvation.

We all have much to learn about submission—men and women both. As created beings living in a world under authority, we all submit to someone—children to parents, employees to bosses, the church to Christ, wives to husbands. Ultimately all of our submission is not about submission to other people for their own sake but submission to God because he is totally trustworthy.

How can Christian men support their sisters in Christ who are seeking to live in line with the Bible’s teaching?

I love this question. One of the primary ways men can support women as they seek to embrace and live out God’s design for them is to embrace God’s design themselves. Women are very “other” from men, and, because of sin and our natural struggle to understand each other, we will all struggle to live in Christ-like unity.

Men can do a lot to encourage their sisters in Christ by speaking positively—not negatively—about women. While I’ve not heard a lot of Christian men intentionally speak harshly about women, it can creep up in subtle ways in how you may over-generalize all women as "emotional" (as if that's a bad thing) or see our "otherness" as meaning that we inherently lack something important.

Another way that men can support women—something that has been extremely encouraging in my own life—is to praise and utilize their gifts. Genesis 2 says that it is not good that the man should be alone. While we often see this in the context of marriage, it’s also not good for humanity that the men should be alone. Your local church is served by the ministry and input of women.