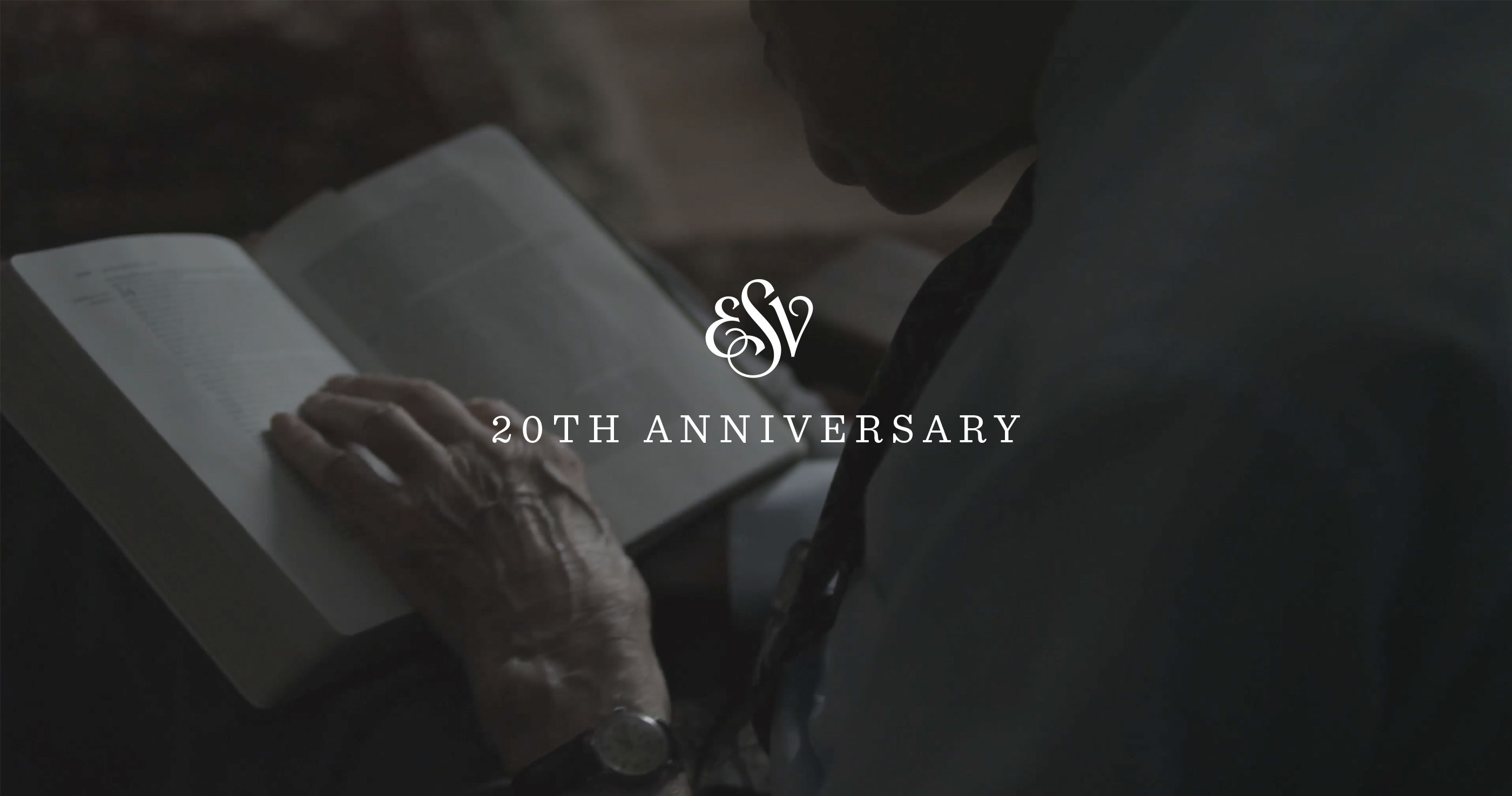 This article is part of the ESV 20th Anniversary series.

This interview with Dr. J. I. Packer was conducted in July 2015 at Tyndale House in Cambridge, England. Dr. Packer served on the Translation Oversight Committee (TOC) as general editor for the English Standard Version (ESV). Here he reflects on the vital importance of clear and faithful Bible translation, as well as what this work meant to him personally.

1. On how the ESV fits within the history of English Bible translation:

The short answer is that the English Standard Version (ESV) Bible is right in the center of the mainstream. This mainstream began with the publication of William Tyndale’s New Testament in 1526. I think Tyndale was the most brilliant translator that ever was. However, Tyndale’s New Testament was so strongly opposed by the English Crown (Henry the VIII) and the English (Anglican) Church that Tyndale was martyred in 1536. In the mid-sixteenth century, after Tyndale’s martyrdom, a number of groups worked to produce Bibles that stood on Tyndale’s shoulders and embodied all the excellencies of his rendering.

Tyndale’s rendering beautifully combined precision—translation in the narrow, but clearly understood sense of each word, and flexibility of language, vitality, and liveliness—all of those good qualities of speech that keep people reading, turning pages, and getting excited about what they’ve read. And the mainstream of English Bible translation from that time onward has labored to preserve the Tyndale qualities.

The King James Bible (1611) achieved dignity and elegance along with weight in a way that transcends even Tyndale. It’s a wonderful achievement in its own right. The King James Version was the unchallenged version of the English Bible until the nineteenth century was well on its way, and at the end of the nineteenth century, it was revised and published (in 1885), and called the English Revised Version.

The English Revised Version (RV) was matched by an American Revised Version (ASV), published in the United States in 1901; and then standing on the shoulders of both of those translations, came the Revised Standard Versions (RSV), first published in the 1952 and in an updated edition in 1971. The Revised Standard Version labored to inject more of the Tyndale liveliness into the rendering than what the revised versions on either side of the Atlantic had achieved in 1885 and 1901.

This mainstream leads straight into the English Standard Version (ESV, 2001), which is a revision of the Revised Standard Version, and which labors to be even livelier and more accurate. A great deal of effort went into its making, with a great deal of blessing from God. We who have been involved in the translation are grateful for what has been done, and we give the glory to God.

2. On the significance of his work on the ESV for Dr. Packer’s personal life and ministry:

It has, of course, been a venture that is hopefully going to benefit many, many readers, and indeed is already doing so. I’ve been told quite recently that more than 100 million printed copies [as of 2021, 250 million] of the ESV have already been distributed—which is breathtaking and, for me, great cause for thanksgiving to God.

And the sense that, by God’s grace, I’ve been enabled to share in doing something worthwhile is a very happy feeling for thanksgiving and hope for the future. I have always liked working with words and I have always had a passion for accuracy in translating anything. So my work on the ESV has gratified my nature in both of those respects.

And as I read what we have done, again and again, I find myself seeing that we have achieved a clearer, better-focused presentation of what God is telling us in the Bible. I work on the Bible as one who believes that Holy Scripture is, in the fullest sense, the word of God. So I use that phrase without any apology. I think that the ESV’s presentation of what God is saying to us in and through the Bible is actually richer, clearer, stronger, and more powerful than the matching alternative in other translations that I am acquainted with.

For me personally, the discipline of working with material that is—and never ceases to be—the word of God is awesome. It’s humbling. It’s an enormous privilege. For me, it has been the most satisfying work I think that I’ve ever done as a Christian writer, minister, preacher, or teacher. All the aspects of my calling have one way or another been fulfilled in my work on the ESV. Looking back on it, I often say in public that I think that of all the enterprises that I’ve had in hand during the sixty-odd years of my public ministry, the work I’ve done of the English Standard Version has been the most significant and the most gratifying.

3. On the value of word-for-word translation in theological reflection:

Here we come up against a question on which division in the Christian world is very deep. I stand on the conservative wing of the Christian theological community in my insistence that the translation of Scripture should be as close to the original in wording and sentence structure as is compatible with the flow and force in English.

And this is what we have to present in English in the most precise way that we are capable of. I judge the achievement of the ESV by what I think is considerable success enabled by God, in doing what we were aiming to do—that is, presenting the word of God in its purity. Just like when reporting a conversation to someone else, you try to reproduce, if possible, the very words in which your conversation partner made his weightiest and most far-reaching points—so it is when you try to render what the original texts of Scripture give you.

To be effective, translation must be as near word-for-word—or at the very least clause-for-clause—as the idiom of the receptor language allows. And we have tried to keep that in mind all the way through the work we have done over these last eighteen years of completing the ESV Bible translation (from 1998 to 2015).

4. On recommending the ESV to others:

When I commend the ESV, I first of all commend the word of God in itself. I make much of the fact that our God—the Creator and Lord of providence—does actually communicate with us human beings. And the Bible is his word—his all-time word of communication within—which is found the wisdom that every generation of human beings needs to learn to know God, to please God, to receive God’s salvation in Christ, and to obey God in the most precise detail and according to what he asks for.

As the God who has loved us and given his Son to die on the cross for our sins, God merits every form of positive response in receiving his word in the purest, strongest, and most unlimited way. I tell folks that this is the vision that the English Standard Version wishes to fulfill—to bring you further and faster into deeper fellowship with God.

The History of the ESV

The ESV is a treasure that has been transmitted to us—a treasure we have sought to transmit to the body of Christ, to a new generation, and even to generations beyond.

6 Questions about the ESV Translation Philosophy

God called us to be his children, has entrusted his word to us, and has entrusted the gospel to us. To faithfully steward what he has given to us, we must walk by faith and not by sight.

How to Use the ESV for Preaching and Teaching

Here, a few members of the ESV Translation Oversight Committee comment on the translation philosophy and why it makes a difference in preaching and teaching.