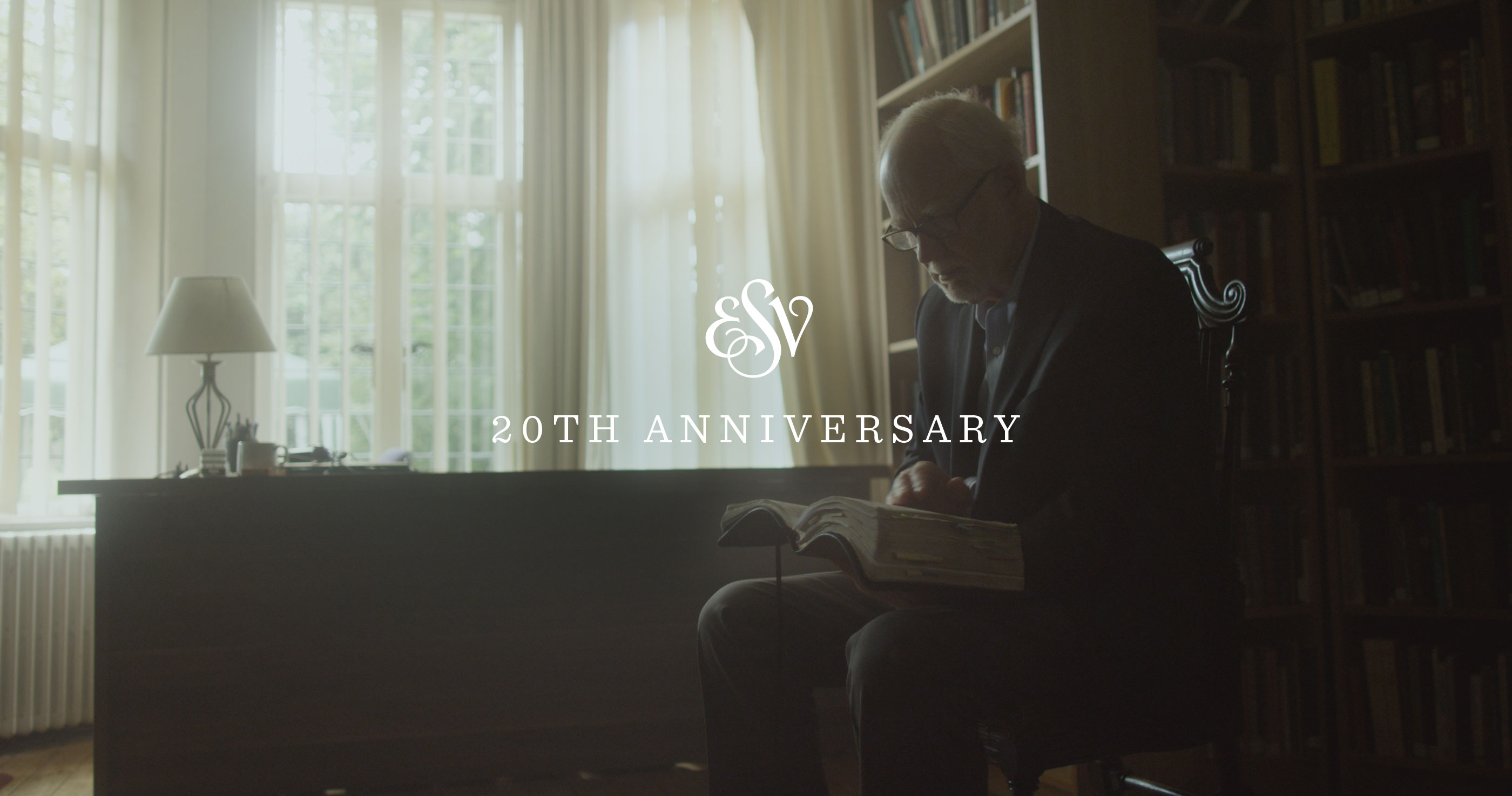 This article is part of the ESV 20th Anniversary series.

This year we celebrate the 20th anniversary of the publication of the English Standard Version. In this article, you will hear the story from Dr. Lane Dennis, Crossway’s founding CEO and Publisher. This article is adapted from an interview with Lane at Tyndale House, Cambridge in 2016.

A Legacy of Translation

It’s hard to say exactly when the ESV began because, in one sense, it began in 1997. In another sense, it goes back to Erasmus in the year 1516 when he created the Greek New Testament—which became the basis for the Tyndale New Testament, which then became the basis for the King James Version Bible. The ESV stands in that historic legacy. So we look back to that beginning which, in the Lord’s providence, is the foundation for everything that we’ve done with the ESV.

The idea for the ESV came to the surface in the early 1990s as I talked with people about the need for an essentially literal translation that could serve the body of Christ and the global church. But it seemed like that was too big of an undertaking for any of us—and certainly for me—to initiate.

Then in 1997, I received a call from John Piper who said, Yes, we really do need this, and he proposed a plan. I thought Well, there’s no way that plan would work. But he said, Just make that phone call!

So I made a phone call to inquire about obtaining the rights to the Revised Standard Version (RSV) text—to revise the text to such an extent that we would basically create a new translation. Then we began to think and pray and talk about that with Wayne Grudem, J. I. Packer, Gordon Wenham, Kent Hughes, and others. As we put that team together, we’d sit down and say, Who would be the best person in the world to work in this area of Bible translation? In the Lord’s providence, he brought together twelve people who became the Translation Oversight Committee (TOC).

A Team of Faithful Scholars

The TOC began the translation work in 1998 and met numerous times together in Cambridge, England; Orlando, Florida; in Wheaton, Illinois, and in Hertford, England. Out of that core team we built an additional team of more than fifty review scholars who contributed to the work in various ways. Beyond that work, we had another one hundred people that served as an advisory council. All together, more than 120 people are behind the translation work of the ESV.

The story of the ESV is really a story of God’s own leading over a long period of time and his provision of key people. When we started Crossway [now over forty years ago], we didn’t have any idea that the Lord would lead us to publish his word. We just took the next step, day-by-day. Many times, that step wasn’t always easy to take, but it was a walk of faith.

And the Lord has been faithful through that walk, and at several decisive moments we have seen his intervention and the provision of people and resources. He has equipped us to undertake this work, which we never in our wildest dreams would have thought would be entrusted to us. So we look back on this and can see the Lord’s hand over and over again.

The ESV is a treasure that has been transmitted to us—a treasure we have sought to transmit to the body of Christ, to a new generation, and even to generations beyond, if the Lord would be pleased to continue to prosper the work that he has entrusted to us.

An Interview with J. I. Packer on the Origin and Significance of the ESV Bible

Dr. Packer served on the Translation Oversight Committee as general editor for the English Standard Version.

6 Questions about the ESV Translation Philosophy

God called us to be his children, has entrusted his word to us, and has entrusted the gospel to us. To faithfully steward what he has given to us, we must walk by faith and not by sight.

How to Use the ESV for Preaching and Teaching

Here, a few members of the ESV Translation Oversight Committee comment on the translation philosophy and why it makes a difference in preaching and teaching.