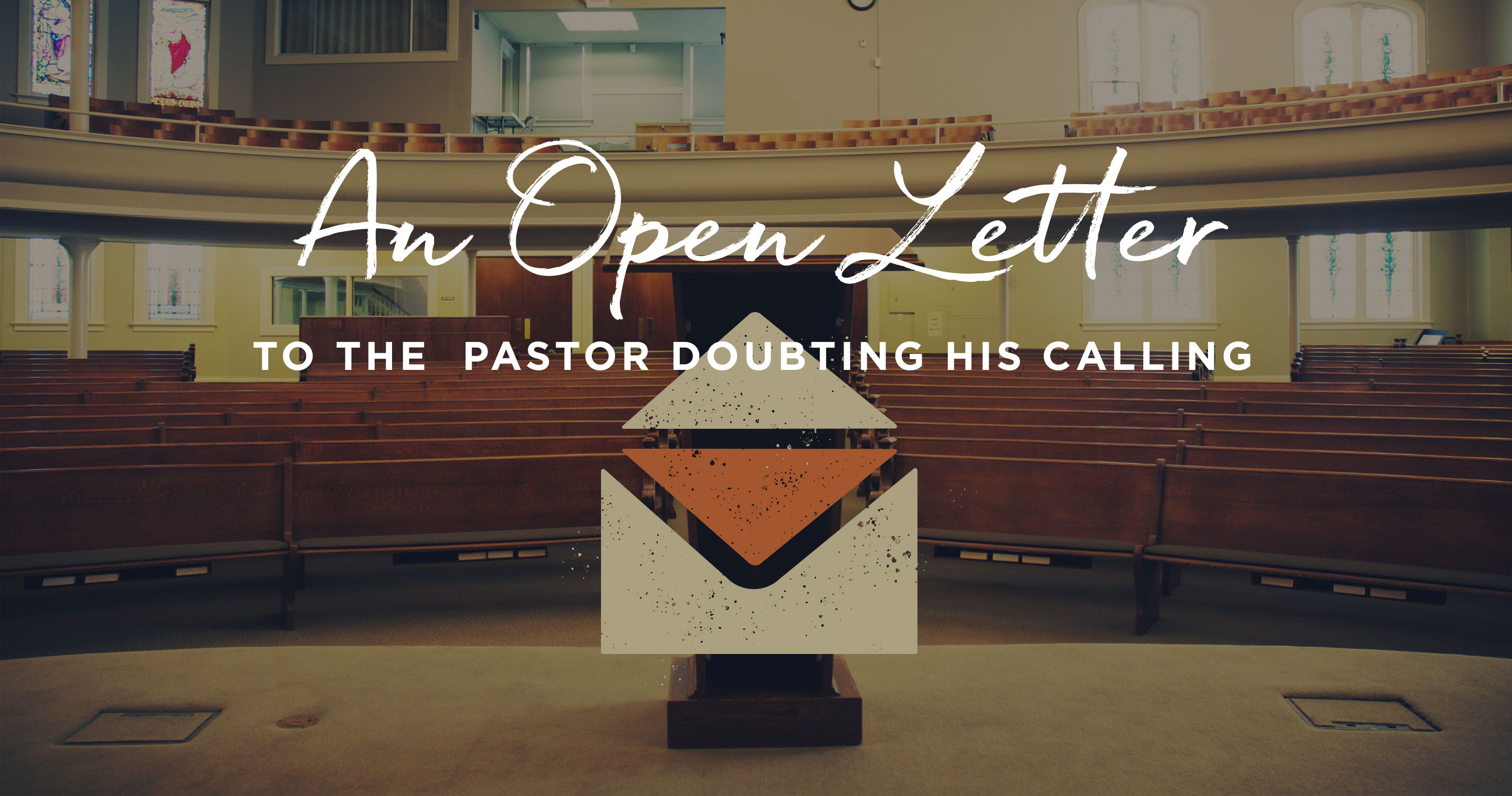 I can assure you that you’re not the first pastor to wrestle with the question of whether you’re really called to pastoral ministry. It’s an issue that haunted me throughout virtually the entire span of my first full-time pastorate. I spent countless hours in prayer and conversation with fellow pastors over the matter. Let me tell you a bit about those circumstances so we can ground the issue in real-world ministry, then I’ll tell you what drove me to press on.

Two years after completing a doctoral degree in seminary, I launched out into my first full-time pastoral position. On the surface, the church that called me seemed almost utopian—it was a confessional body that espoused sound doctrine; constitutionally, it had embraced a plurality of elders; it had been led for more than two decades by a faithful expositor of God’s Word; and the people seemed to delight in the preached Word, eager to grow in grace and to have my family join theirs.

Boy, did I ever misread the situation.

Beneath the surface, crouching beyond my field of vision, an ambush waited. Lurking there was serious theological and methodological disagreement among members. There were roughly three groups within the congregation warring for the church’s doctrinal and practical soul—only one of them reflected my doctrine and practice. A practical threat also loomed—a financial crisis no one seemed to know about (I sincerely don’t think they did), one that threatened to rob the church of its life like a hidden bandit.

Because of these and other factors too complex to mention, there was never a day of peace in that ministry. I had opponents immediately. The first week, a man accused me of politicking my way into the office of pastor at “his” church. He made it clear that his family had voted against me. There was immediate controversy with a staff member, followed by a rebuke from a fellow elder delivered through seven handwritten pages chronicling my shortcomings as a pastor. That happened after we had served together for barely three months.

We serve an invisible kingdom whose progress is often equally invisible.

Some months later, I learned that several families were secretly plotting my ouster. I tried to do everything my seminary training called for, things I had done in ministry in the past: I preached the Word book by book, verse by verse. I worked hard to develop relationships with staff and church members. My wife and I systematically invited the entire church into our home.

None of it helped. Every button I pushed seemed to be the wrong one, every card I pulled from the deck triggered opposition, even outright anger toward my family and me. I was flummoxed. My mind grew riddled with anxiety. My wife heard all the whispers and battled bitterness. At the end, depression dug its poisonous hooks deep into my heart and mind. Don’t misread me—by no means did I do everything right or handle every situation well. My foolishness only fueled the fire that burned down my ministry.

Still, what on earth was God up to? As you might imagine, it wasn’t long until I began to hear the still, small, devilish voice of inner doubt: Maybe I’m not really called to pastoral ministry. Maybe I went to seminary because I love big ideas and good books—ministry was never God’s plan for me in the first place, and he’s disciplining me for such an audacious presumption. Maybe I’m really called to be a professor—or something else. I toyed with a potential secular job in my hometown.

The final—and most painful—straw came several weeks after I marked my third anniversary. After I finished preaching one Sunday morning, a fellow elder—to the shock of my family and the congregation—rose, ascended to the pulpit, and called for a vote of confidence on me as my wife and four young children looked on from the second row. His confidence in my leadership was shot—he called me “a failed leader.” If I was standing on the cliff of goodbye, those words pushed me over. 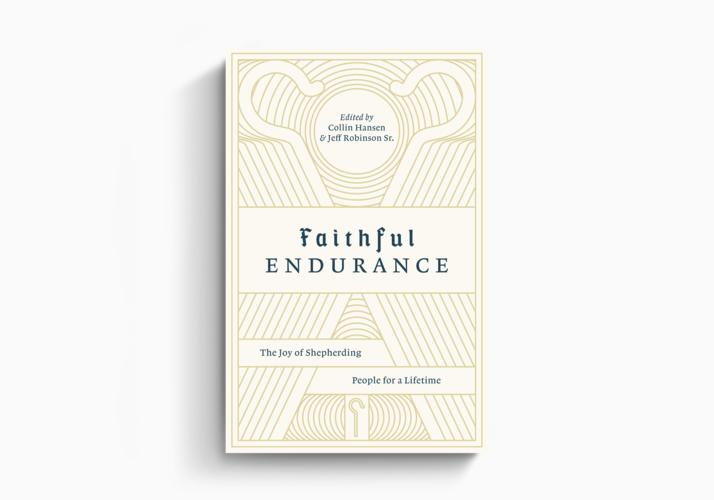 The congregation remained silent and refused to vote for or against me, but at that moment I knew: this was the end. I was done here—and maybe done in ministry altogether. Seven days later, I stood in the same pulpit and read my letter of resignation, trying unsuccessfully to hold back three years of bitter tears. I’m not normally the crying type, but the dam broke, and so did I. The next morning, I told my family we were returning to my hometown, where I would restart my former career as a newspaper journalist. I was angry at the congregation—and at God. My erstwhile elder’s words echoed through my brain. How could a failed leader be called to shepherd God’s people?

I did leave that church, but I didn’t quit pastoral ministry. Why? After such an unmitigated disaster, what sane person would volunteer for a second round? That’s a good question. I think my answer is as simple as this: I’m called to be a pastor. And unless I am morally disqualified—when I fail to be the man Paul calls for in 1 Timothy 3 and Titus 1 in an unrepentant and egregious manner—I am called to press on in ministry in spite of significant evidence to the contrary. We serve an invisible kingdom whose progress is often equally invisible. I came to this conclusion through close, careful, prayerful study of Scripture. As I examined some of the men whom God called in Scripture, I realized that from a strictly human vantage point, their ministries appeared to be anything but a rousing success. God often confirmed their calling through their difficulties. And it’s how he reconfirmed mine.

This article is adapted from Faithful Endurance: The Joy of Shepherding People for a Lifetime edited by Collin Hansen and Jeff Robinson Sr. 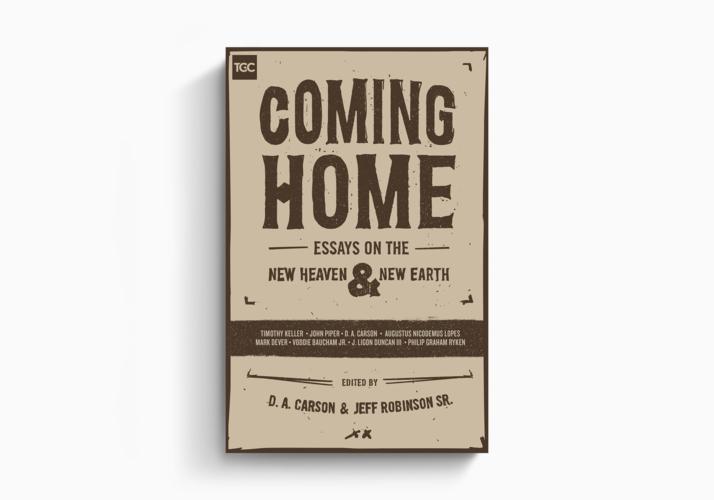