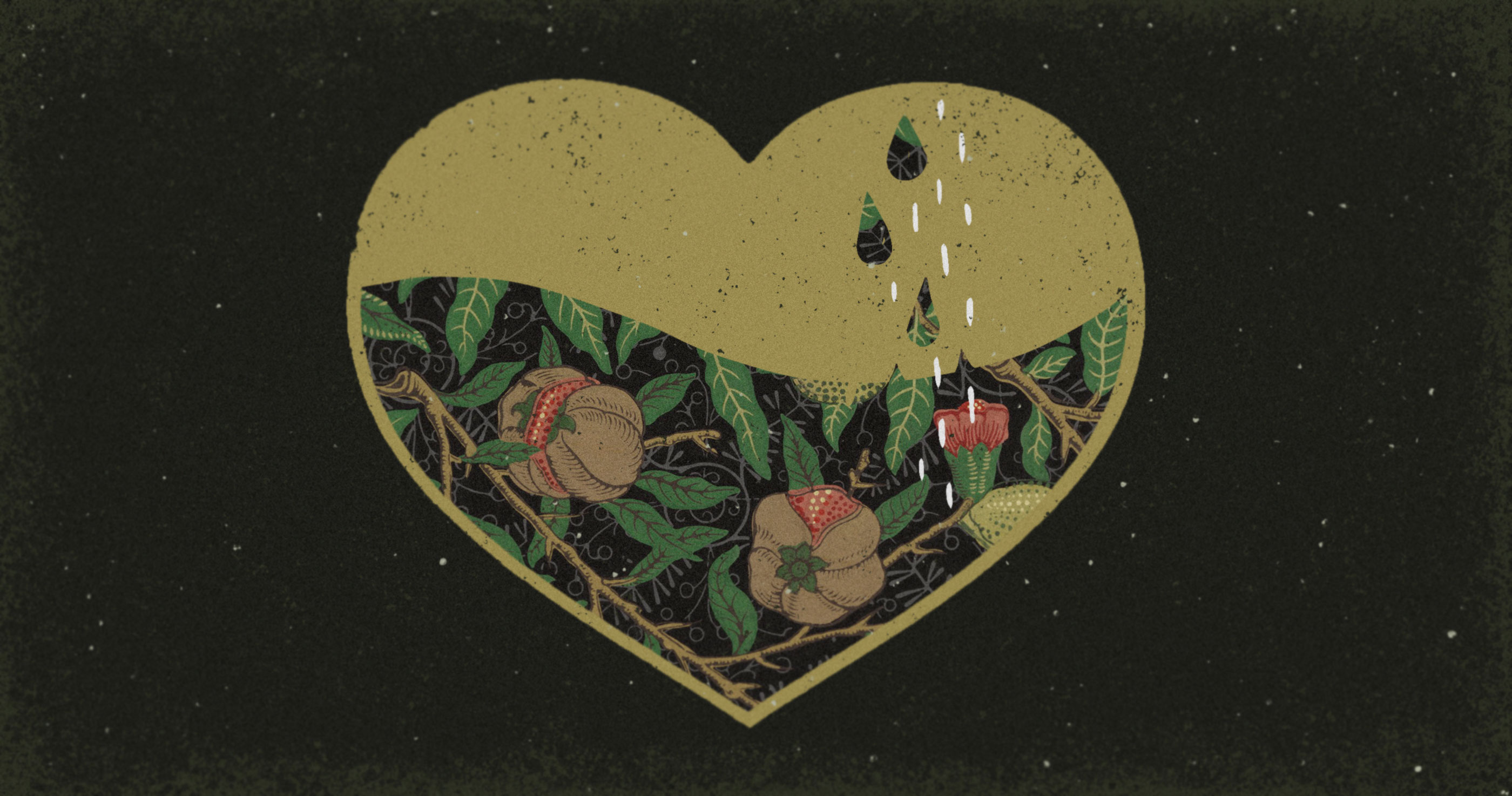 What Is Gospel Wakefulness?

There are lots of descriptions of and synonymous phrases for what I call “gospel wakefulness”—because in fact I didn’t invent the concept. But if I had to place what I mean by the phrase in a nutshell, I’d do it this way: gospel wakefulness means treasuring Christ more greatly and savoring his power more sweetly.

I am not talking about waxing and waning feelings of intimacy with God, movements of worship, or the sort of experiences that lead to “rededicating one’s life” (and rededicating more after that), but an experience of such power—of such awakening—that it persists and endures, settling deep into the heart and the conscience of a believer that it carries through all emotional highs and lows. And yet, again, this is not a second conversion experience, as it were, but rather a deeper and fuller appreciation of the first and only necessary conversion, a greater vision of what we perhaps only barely and minimally perceived upon salvation (comparatively speaking). 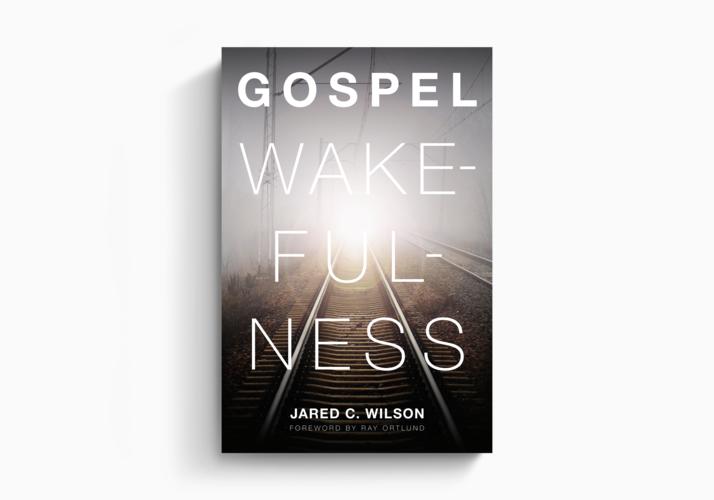 Wilson’s book will stir churches to live out the power of the gospel with a fervent, genuine zeal. Pastors, church leaders, and all in ministry will be uplifted, emboldened, and empowered by this book.

Imagine you are driving down the road and your car stalls at a railroad crossing. You are understandably nervous as you try to reignite the car’s engine, but you become even more so when you see a train turn the corner in the distance and begin quickly closing the gap between it and you. The train engine’s horn is blaring and the engineer has thrown on the brakes, but you are too close and he’s coming too fast. You move from trying to get the car to start to trying to unfasten your seatbelt, but fear has made your hands stiffen and shake. You can’t get your seatbelt unfastened. The train is rushing toward you, and you know you’re going to be hit. And you are. Suddenly and from behind. A man in a truck behind you has decided to ram into your car and push you off the tracks, even as he is destroyed by the impact in the very spot you once occupied.

You get out of the car, shaken and still frightened. You are terrified by the gruesome scene, in shock over your rescuer’s sacrifice. You are grateful in a way you’ve never been grateful before. You wish you could thank the driver of the truck for saving your life. Even in your terrified awe, it feels good to be alive. You feel woozy, so you sit down on the trunk of your car, and as you’re trying to retrieve your cell phone from your pocket to call 911 and marveling at how little damage the violent shove did to the rear bumper, you hear a whimper from inside.

You didn’t know that before you’d left the house, as your kids were playing hide-and-seek, your youngest son decided to hide in the trunk of your car. As you open it up frantically and discover that he is miraculously unharmed, you suddenly realize the total greatness of the loss you almost suffered. Your gratitude, your amazement, your new outlook on life takes a giant leap forward. That is the difference between the gospel wakefulness of conversion and the greater gospel wakefulness that often occurs later.

Gospel wakefulness isn’t always an event subsequent to salvation. For many of the unchurched who experience the new birth, wakefulness is simultaneous with conversion. They know the cost of salvation deeply almost at the instant the Spirit opens their hearts to see it, because they know deeply the depths of their depravity. But for many of us who either grew up in church or lived what many would call “a good life” prior to our regeneration, feeling the weight of our sin and brokenness, and thereby experiencing the wonder of gospel wakefulness as we see what we’ve been forgiven of, doesn’t come until later, after we’ve exercised the barest of saving faith.

Puritan writer Richard Sibbes captures the sanctifying work of gospel wakefulness well in his classic book The Bruised Reed when he writes:

Let us remember that grace is increased, in the exercise of it, not by virtue of the exercise itself, but as Christ by his Spirit flows into the soul and brings us nearer to himself, the fountain, so instilling such comfort that the heart is further enlarged.1

Sibbes is not talking about conversion in this instance; at least, he’s not talking about first conversion. He is writing within the context of depressions like grief or pain or despondency, so what he is referring to is how God works in and through our “bruising” to bring us closer to him, to make us more dependent on him, and to “enlarge our heart.” That is a good phrase for gospel wakefulness. In conversion we receive a new heart, a resurrected heart. As we abide in Christ, the fruit of the Spirit of that new heart results in qualities dead hearts do not produce—things like kindness, goodness, gentleness, peace, patience, etc. Our hearts get larger. They suffer what Thomas Chalmers calls “an expulsive power of a new affection.”2

In the gospel wakefulness God often grants in and through moments of intense bruising, our hearts undergo a growth spurt! Maybe, like the Grinch who didn’t really understand Christmas at first, our heart grows three sizes in one day.

In No Compromise, the biography of the late, great Christian musical prophet Keith Green, authors Melody Green and David Hazard relate a stunning announcement Keith made to his wife and friends well into his ministry:

“You know I’ve been struggling with a lot of questions about my ministry and the Lord’s will for my life,” he began. “I’ve been really wanting God to be more real. I’ve wanted to be closer to him, to feel his presence more. Well, I was up all night in the Ark and God showed me so much sin in my life that I spent the whole night weeping and crying out to Jesus. I told the Lord I wasn’t going to leave the Ark until I had a breakthrough—no matter how long it took. Finally it happened. I had a touch from the Lord like I’ve never had in my whole life, and, well . . . I know I just got saved—I just got saved last night.”3

Melody, Keith’s wife, recalls, “Keith’s words stunned everyone as much as they stunned me. I could see it in their faces. Just got saved? I thought. What have you been if you haven’t been saved?”4

Far be it from me to argue with a dead man I was too young and too far away to know personally about something that he would know best, but I wonder if what Green really experienced here was gospel wakefulness. Now, if he says he wasn’t really a Christian before this moment, so be it. But if he were a member of my congregation and was relating this story to me in my study, I would remind him of his initial conversion. I would remind him about how he repented of a life of drug abuse and unmarried sex, how he didn’t believe Jesus was the Messiah who takes away the sins of the world but then did, and how his repentance resulted in works of more faith and more obedience and a growing ministry of great fruit, all occurring before this second experience. And I would do that not to dampen his new fervor, but to increase it.

It is Christ’s work that saves, not yours.

I do not mean to diminish the full scope of the radical change that occurs when someone believes in Christ for salvation. Rather, I mean to not diminish the full scope of what Christ’s salvation covers, and this includes a mustard seed faith that has not fully blossomed yet. You are no less justified the moment of your salvation than you are ten minutes or ten years later, but the warp speed sanctification of gospel wakefulness may make you feel as though you were. What I’m trying to say is that Christ’s sacrifice on the cross and resurrection out of the grave are big enough, grand enough, effective enough, and eternal enough to cover your shoddy Christian life, assuming of course you do believe.

This is in fact the thrust of the gospel: it is Christ’s work that saves, not yours. Be careful, then, not to attribute your continuing sinfulness or moments of depression to a lack of salvation. For one thing, people who are not truly saved generally don’t worry about whether they are or aren’t anyway—your anxiety on that matter is evidence of a reborn heart.

This article is adapted from Gospel Wakefulness by Jared C. Wilson.

Freedom from the past, power for the present, and hope for the future.

Why Sanctification Is Not Passive

Sanctification is absolutely essential to the life of faith—so much so that Scripture frequently treats holiness as the identifying mark of a true believer.

How to Cast Out Impure Affection

Learning to Treasure Christ by Enjoying His Gifts

I don't know of a modern evangelical who has thought and written more biblically, more deeply, more creatively, or more practically about the proper enjoyment of creation and culture than Joe Rigney.