Given the easy access that we have to the Bible in print and electronic forms, any Christian who is reading this post likely has no trouble reading the Bible whenever he or she wants. However, when it comes to our knowledge of the Bible in the twenty-first century—particularly in the Western world—we are living in an evangelical version of the Tale of Two Cities. It is both the best of times and the worst of times...

On the positive side, we have seen something of a golden age in evangelical biblical theology in the last twenty-five years. Men like Graeme Goldsworthy, Don Carson, Greg Beale, Tom Schreiner, Edmund Clowney, Tim Keller and many others have helped us see the main storyline of the Bible and the centrality of Christ in all the Scriptures in new and exciting ways. What’s more, a host of young scholars who are passionately committed to the inspiration, authority, and inerrancy of God’s Word are teaching, writing, and pastoring across the world. For those of us who are passionate about the serious study of God’s Word and the careful consideration of its unity and central themes, there is a lot to be excited about!

But we are also living in a day of increasing biblical ignorance—not only among the general population, but also among evangelicals. [1] The Bible is under attack and misunderstood, but many Christians haven’t invested the time or energy necessary to understand more than Bible sound bytes. Because of this, many Christians are surviving on their verse of the day Bible app, oblivious to the fact that there is a biblical-theological holiday at the sea waiting for them!

We want to see the forest by looking carefully at some of the most important trees.

The Bible: A Rich, Glorious, and Multifaceted Story

As I thought about how I could help increase and motivate Christians who aren’t used to thinking about the Bible as a rich, glorious, and multifaceted story, I realized that even many introductory level biblical-theological books were assuming a lot more than many of the young Christians I knew were equipped to handle. So I wrote The Whole Story of the Bible in 16 Verses to try and address this need.

The goal of the book is to serve as an appetizer and complement to the many biblical theology works that have been (and continue to be) written in recent years. To do this, I take the reader on a quick tour of the forest of redemptive history, introducing sixteen of the central biblical-theological trees along the way. In doing this, we are trying to avoid missing the forest for the trees or the trees for the forest. We want to see the forest by looking carefully at some of the most important trees.

As we summarize these sixteen verses and trace the themes of creation/new creation, sin and substitution, covenant, kingdom, redemption, and others, we are trying to get a better handle on the storyline of the Bible, the centrality of Christ, and the glory of God through the multi-faceted unity of his revelation of Jesus Christ. 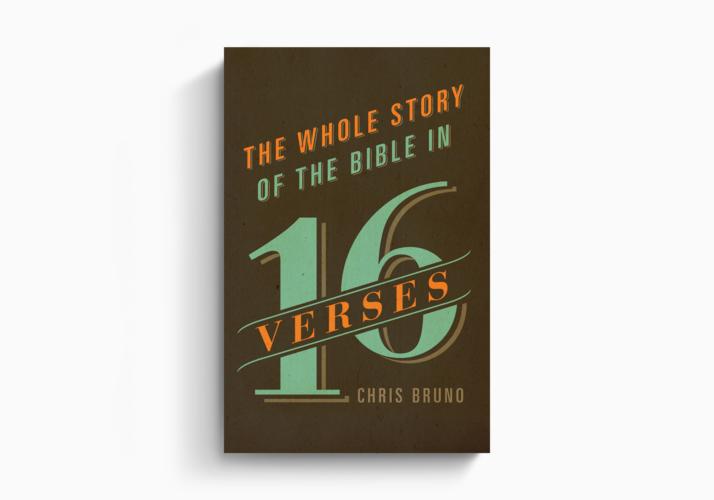 The Whole Story of the Bible in 16 Verses

Helping readers grasp the overarching story line of the Bible, this concise resource explores 16 key verses that serve as “turning points” in the biblical narrative, highlighting God’s sovereignty, glory, and grace throughout his Word.

A Place to Start, Not a Place to End

I hope that the book will help Christians of all ages who don’t have a good understanding of the unity of the Scriptures to see the whole story of redemption clearly. I also hope to encourage them in God’s sovereignty and glory as they see the amazing unity of this redemptive plan.

This book is not meant to boil the whole story of the Bible down to a mere sixteen soundbites. Rather, it’s a book that is designed to push readers to pursue more and more study of the centrality of Jesus in the Bible. As they will delve into longer and more exhaustive biblical theological works, who knows what God might do—maybe they’ll start writing some of their own!

The Whole Message of the Bible in 16 Words
Chris Bruno