Looking for things for which to thank the Lord this Thanksgiving? Start by asking this question: Where would my church be without Christian publishing companies?

Imagine your pastor preparing his sermons week in and week out with only a Bible, perhaps in a language that is not his native tongue, with no Bible reference works, whether in print or digital format, and with no periodicals and journals.

Imagine your worship services without pew Bibles, hymnals, or choir music. Take away as well the text projected on a screen in front of the sanctuary.

Imagine your Sunday school teachers with no printed curriculum, no teaching aids, no teaching DVDs, no reference books.

Imagine your members having no Bibles of their own, either to read and study at home or to carry to church, no Bible study materials, no Bible study software, no reference works, no devotional literature, no Christian magazines, no Christian books for their children, no printed catechisms for them to learn.

Imagine your pastor having trained for the ministry without textbooks and without libraries where he could learn to master research techniques in biblical and theological studies.

Can the church function without such publications? Of course. It does so in many parts of the world today, including much of Asia and Africa. Is their teaching ministry impoverished by this lack? Who would deny it?

Does Christian publishing always serve the church well in North America? No. Several factors can push companies in unproductive and even harmful directions.

Christian publishing companies seek to survive and expand. This effort takes a different form for a small non-profit than for a large, commercial corporation owned by a secular publishing conglomerate. But it pushes companies toward publishing things that will appeal to the market rather than things that meet real spiritual needs.

Because few Christian publishing companies are owned by ecclesiastical entities, their books tend to minimize denominational distinctives. In this way, Christian publishing companies have inadvertently promoted the lack of denominational loyalty with which church leaders are only too familiar. And because Christian books are purchased largely by individuals, too many books focus so exclusively on the individual’s direct relationship with God that they imply, if they do not say, that the church is optional. This view is already entertained by too many professing Christians.

Scripture makes clear that an appeal to the market can easily lead to the publication of half-truths, if not outright heresy. The apostle Paul warns Timothy that “the time is coming when people will not endure sound teaching, but having itching ears they will accumulate for themselves teachers to suit their own passions, and will turn away from listening to the truth and wander off into myths” (2 Tim. 4:3–4). Books by such teachers are eminently marketable today.

Scripture makes clear that an appeal to the market can easily lead to the publication of half-truths, if not outright heresy.

Granted that Christian publishers do not always serve the church well, one must admit that in many ways they have served it well during the last fifty years in particular. During this period, for example, Reformed theology and Reformed churches have experienced a resurgence. Can anyone doubt that Christian publishing has played a role in this important and encouraging development?

While the books of certain Reformed authors have appeared on the lists of a number of publishing companies, including some that have exhibited no special interest in Reformed teaching, a few companies have labored faithfully for decades to promote Reformed teaching specifically. Today we see a younger generation of pastors and other church leaders who, influenced by these books, have become solidly Reformed, and this in turn is having a positive effect on evangelical Christianity generally.

Could the Lord have accomplished all of this without printed materials? Yes. But remember that from the time of the Reformation, Protestantism has spread through the printed word. More than any other division of Christendom, Protestantism has thrived on books rather than other material aids to worship and devotion. During the second half of the twentieth century, evangelical Christianity has majored in publishing more than any other part of Christendom and any other religion.

During the mid-twentieth century Christian publishers entered the field of Bible publishing, a field they now dominate. While the number of translations vying for adoption by churches has created some chaos, and while not all of these translations are of equal quality, the focus of so much time, energy, and largesse on translating the Bible and then on creating reference works designed to put Bible study within the reach of all can only be lauded.

Where would the church be without Christian publishers? It would be sadly impoverished. So express your gratitude to God for these companies and the faithful authors who write for them. Then resolve that you’ll read more books next year than you’ve read this year.

Each month, the editors of Tabletalk select an influential pastor or scholar to address issues pertinent to the life and ministry of the church in Pro Ecclesia.

Allan Fisher is senior vice president for book publishing at Crossway Books and Bibles. He is also chair of the education committee at Bethel Presbyterian Church in Wheaton, Illinois. 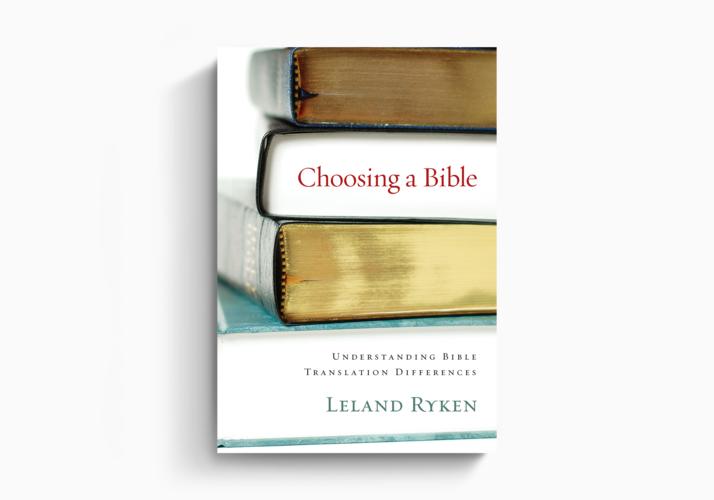 Choosing a Bible
Leland Ryken
Crossway is a not-for-profit Christian ministry that exists solely for the purpose of proclaiming the gospel through publishing gospel-centered, Bible-centered content. Learn more or donate today at crossway.org/about.