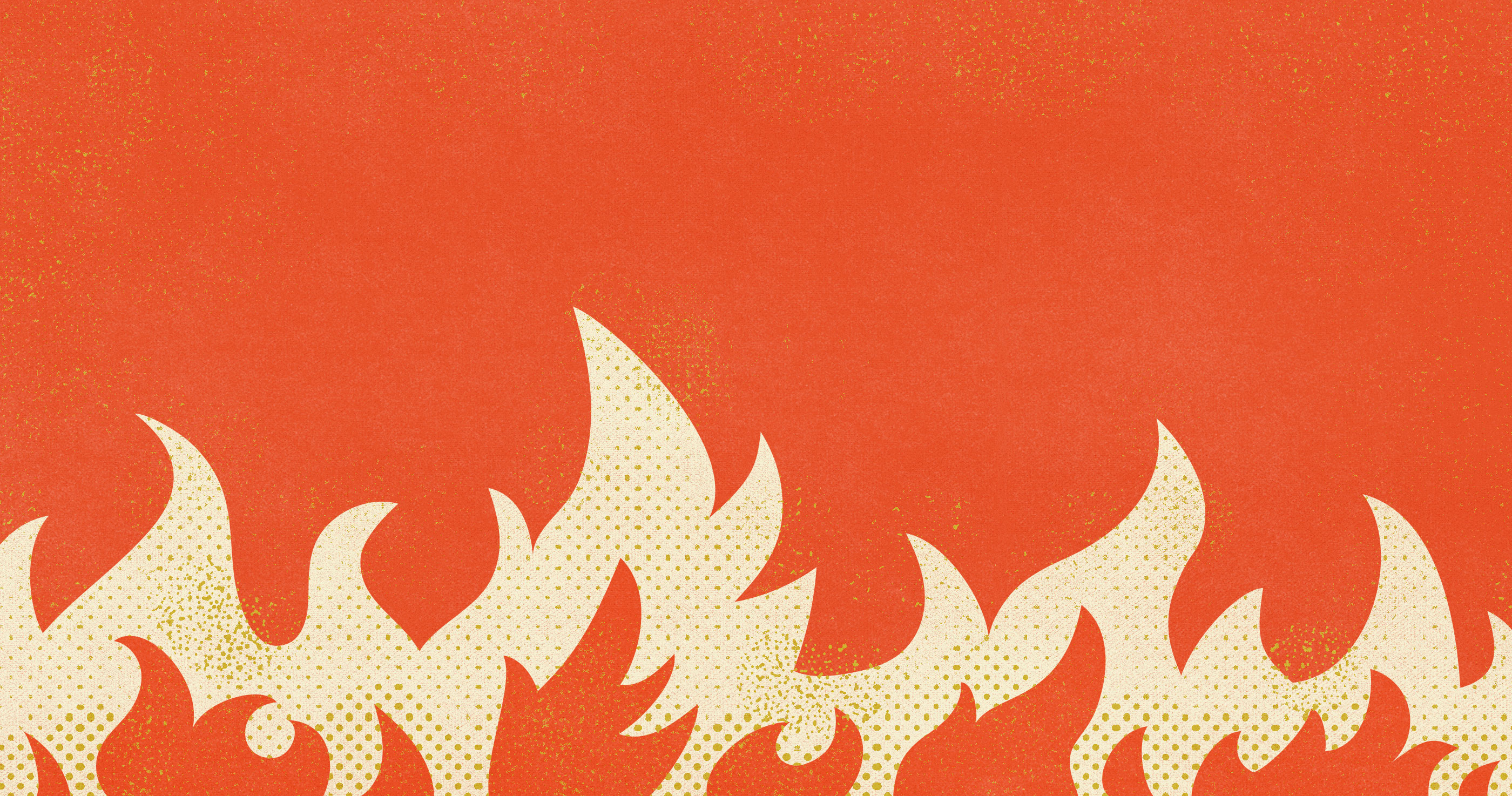 It comes as a surprise to some that Charles Spurgeon had a lifelong battle with depression. His reputation as a famed and powerful preacher, his cheery wit, and his cigar-smoking manliness might lead us to imagine there could never be a chink in his Victorian Englishman’s armor. It shouldn’t be a surprise, of course: being full of life in a fallen world must mean distress, and Spurgeon’s life was indeed full of physical and mental pain.

Aged twenty-two, as pastor of a large church and with twin babies at home to look after, he was preaching to thousands in the Surrey Gardens Music Hall when pranksters yelled “fire,” starting a panic to exit the building which killed seven and left twenty-eight severely injured. His mind was never the same again. His wife, Susannah, wrote, “My beloved’s anguish was so deep and violent, that reason seemed to totter in her throne, and we sometimes feared that he would never preach again.”1

Then, from the age of thirty-three, physical pain became a large and constant feature of life for him. He suffered from a burning kidney inflammation called Bright’s Disease, as well as gout, rheumatism, and neuritis. The pain was such that it soon kept him from preaching for one-third of the time. Added to that, overwork, stress, and guilt about the stress began to take their toll. And all this was in the public eye and was jumped on by his many critics, not making it easier to bear. The suffering, they argued rather predictably, was a judgment from God.

The pain, the politics, the opposition, and the overwork (as well as bereavements, like that of his young grandson) all affected him deeply, if in waves. So much so that today he would almost certainly be diagnosed as clinically depressed and treated with medication and therapy. The depression could hit him so intensely that, he once said, “I could say with Job, ‘My soul chooseth strangling rather than life’ [Job 7:15]. I could readily enough have laid violent hands upon myself, to escape from my misery of spirit.”2

Christians in the midst of suffering often need to hear of how suffering is a covenant mark.

In all this, Spurgeon believed that God had a good purpose in all his suffering, and because of it felt he had become a better prepared and more compassionate pastor. It enabled him to deliver a striking and most unusual lecture to his students titled “The Minister’s Fainting Fits,” in which he said:

Knowing by most painful experience what deep depression of spirit means, being visited therewith at seasons by no means few or far between, I thought it might be consolatory to some of my brethren if I gave my thoughts thereon, that younger men might not fancy that some strange thing had happened to them when they became for a season possessed by melancholy; and that sadder men might know that one upon whom the sun has shone right joyously did not always walk in the light.3

Before seeking relief from such melancholy, Spurgeon sought to understand God’s purposes in these things that he might actually profit from the experience. It is quite clear from Scripture that through believers’ suffering, God refines them like gold in a furnace (1 Pet. 1:6–7). Yet, Spurgeon wrote, “when the gold knows why and wherefore it is in the fire . . . [it] will thank the Refiner for putting it into the crucible, and will find a sweet satisfaction even in the flames.”4

Spurgeon saw that our heavenly Father ordains suffering for believers. Though our trials may come from the world, the flesh, and the Devil, they are overruled and ordained by God, who treats them as an important part of our new life in Christ.5 For a start, we simply could not be like Christ if we are not treated like him, if we have a life of ease when he had so much pain. “Do you expect to be crowned with gold where he was crowned with thorns? Shall lilies grow for you and briars for him?”6

Theology for the Suffering

This might all seem like bad news for the believer. After all, who wants to hurt? Yet, studying the lives of eminent men, Spurgeon came to the conclusion that those who never have to push through the waves of difficulty never grow in strength and maturity like those who do. Those who live in the lap of luxury and never experience the discipline of trouble tend always to be more frail and feeble in their faith. On the whole, therefore, “it is good for a man to bear the yoke; good for a man to breast the billows; good for a man to pass through fire and through water, and so to learn sublime lessons.”7 Trouble can strengthen, and trouble can reveal the work that needs to be done in us. Tears, Spurgeon discovered through experience, can clear the eye so that we see with an improved vision and perspective. Losses reveal the insufficiency of all the things around us that we cherish, enabling us to appreciate the all-sufficiency of Christ more.

Being a pastor, he was sensitively aware of how to give such theology to people who are in the throes of pain. The ways a believer can profit from suffering cannot be trotted out coolly to those who are reeling and weeping. There is a time simply to sit and weep with them. And yet, he found, there is for all believers, regardless of their emotional state, a wonderful comfort to be found in knowing God’s Fatherly providence.

As well as hearing of God’s loving and mighty Fatherliness, Christians in the midst of suffering often need to hear of how suffering is a covenant mark. Naturally, we are quick to take suffering to mean that God is against us or has somehow weakened in his love and care for us. That is not so. “Depression of spirit is no index of declining grace; the very loss of joy and the absence of assurance may be accompanied by the greatest advancement in the spiritual life.”8 We should therefore not be too easily dismayed by our troubles: in a failing world, friends will fail us, we will hurt, and we will feel our frailty and emptiness. But none of that is any indication that our Father has forgotten or failed us, nor that we might no longer be useful.

From 1871 he sought each winter to escape the darkness, cold, and dirt of London by retreating to Mentone, on the French Riviera. There he found in the balmy warmth and the light a natural reviver for body and mind. And when he couldn’t make it that far, he found a simple walk in the countryside would help. For him, cigars were an acceptable and agreeable means of relaxation when life was otherwise overwhelming. “I have felt grateful to God,” he wrote to the Daily Telegraph, when “I have found intense pain relieved, a weary brain soothed, and calm, refreshing sleep obtained by a cigar.”9

As well as recommending such physical palliatives for the mental sufferer, Spurgeon urged patient carefulness in making any assessment of the situation. He knew how quick we are to assume, when set back and depressed, that grace has left us, or that we have become pointless. In such times, instead of seeking a definite understanding of the “what” and the “why” of our situation, we should simply hold fast to God’s promises. Having at all times an objective truth that does not depend on our ability to feel their truth, the promises of God are like a light that cannot be overcome by our darkness. They are an immovable and infinite comfort beyond the reach of our finite trouble and doubt. It was for that reason that Susannah Spurgeon had Matthew 5:11–12 framed for them to see every day in their bedroom: “Blessed are ye, when men shall revile you, and persecute you, and shall say all manner of evil against you falsely, for my sake. Rejoice, and be exceeding glad: for great is your reward in heaven: for so persecuted they the prophets which were before you” (KJV).

When ministering to the downcast, pastors commonly point people to the resurrection and the victory of Christ. And the thought of death defeated, tears wiped away, and exchanging the helmets and swords of our struggle for palm branches and crowns was all essential comfort for Spurgeon. However, when pastoring the suffering and depressed, he seemed most often to have focused people on Christ crucified and as the Man of Sorrows.

Spurgeon found for himself that in seasons of great pain, the “sympathy of Jesus is the next most precious thing to his sacrifice.”10 Again and again Spurgeon, therefore, returned to the theme of Christ’s compassion for his suffering people. In an 1890 sermon titled “The Tenderness of Jesus,” for example, he spoke, while feeling his own weakness, about Christ as the High Priest who feels for us in our infirmities. He said:

This morning, being myself more than usually compassed with infirmities, I desire to speak, as a weak and suffering preacher, of that High Priest who is full of compassion: and my longing is that any who are low in spirit, faint, despondent, and even out of the way, may take heart to approach the Lord Jesus. . . .

. . . Jesus is touched, not with a feeling of your strength, but of your infirmity. Down here, poor, feeble nothings affect the heart of their great High Priest on high, who is crowned with glory and honor. As the mother feels with the weakness of her babe, so does Jesus feel with the poorest, saddest, and weakest of his chosen.11

In suffering, then, it is not only the case that we get to draw nearer to Christ, becoming more like him and leaning more fully on him. In such times Christ draws near to us to walk with his people in the furnace. And not only to walk with us but to bear us through.

10 Things You Should Know about Charles Spurgeon

Charles Spurgeon was known as the 'Prince of Preachers.' Learn more about the life and ministry of this influential theologian and preacher.

An Open Letter to Those Suffering from Depression

Although you feel hopeless and helpless, I want to assure you that there is hope and there is help.

What I Learned in My Season of Depression

God, in his love and wisdom, chose this very specific trial for me.

Spurgeon's ministry was marked by his constant looking to Christ for his salvation.

Morning and Evening
Charles H. Spurgeon
Crossway is a not-for-profit Christian ministry that exists solely for the purpose of proclaiming the gospel through publishing gospel-centered, Bible-centered content. Learn more or donate today at crossway.org/about.