Sanctification is God’s from beginning to end because God is the one who initiates it, who carries it through by the work of his Holy Spirit, and who will bring it to completion on the last day. That’s what Paul tells us in Philippians: that God who began that good work in us will bring it to completion on the day of Christ Jesus. It’s not optional as to whether or not we will finish the work. God will finish the work.

Now having said that, Paul goes on to tell the Philippians to work out their own salvation with fear and trembling, “for it is God who is at work in you.” So because God is working in us, that’s what motivates us, that’s what encourages us, that’s what strengthens us by his Holy Spirit to engage in the battle.

The battle image is a very active image. Soldiers in battle are not passive observers. They’re not sitting there watching life go by. They’re as actively engaged as anybody could be in any activity. So, too, we are called to be actively engaged in sanctification. It is our great calling to pursue holiness, to aspire to that for which God has called us, and to strain every effort that we have. 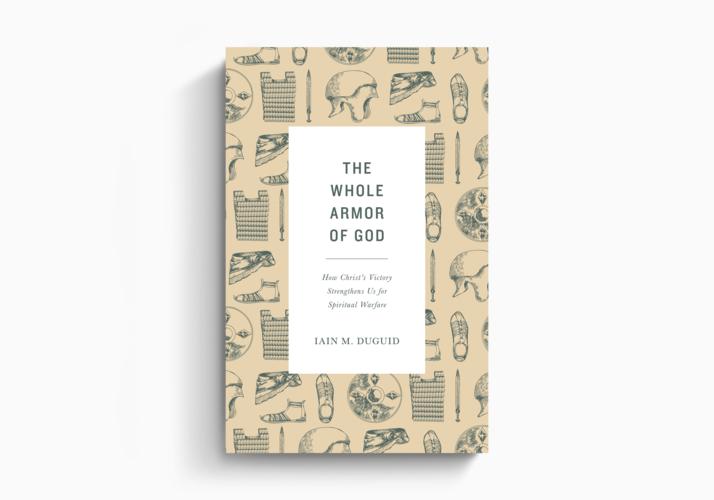 But the progress that we make is not ultimately dependent on our effort. Otherwise, we’d be able to boast, thinking I am more sanctified than you because I put more effort in than you. But the reality is that our sanctification is ultimately dependent upon God. He is the one who brings us moment by moment, day by day, and who enables us to do those good works. If he holds us up by his hands, he enables us to stand—and to stand firm. Sometimes he withdraws his hand and allows us to do what we would do all the time left to ourselves—which is to fall flat on our face. Both of those things are for his glory.

It is our great calling to pursue holiness, to aspire to that for which God has called us, and to strain every effort that we have.

When he enables us to stand he demonstrates his power in weak people like us—that he could take people like us and make us stand in the face of the powerful forces of the evil one. And yet, in all the time he enabled us to stand, we might easily think that we were stronger than we are, that we didn’t really need his help as much as we do. So, sometimes, he turns us over to ourselves as the Bible says of Hezekiah in the Old Testament.

When God turns us over to ourselves, we fall flat on our faces and the result is that it’s in those moments often that we are most appreciative of the gospel. We see our desperate need of God—that without the gospel we could not stand for a minute and that the gospel is sufficient for really big sinners like us—as people who are not strong, who are not naturally equipped to take on the world, the flesh, and the devil, the triumvirate of evil facing us. So it’s always the Holy Spirit’s work from beginning to end. But, the Holy Spirit’s work is to stir us and to move us and to encourage us to stand in his strength and not in our own.

Iain M. Duguid is the author of The Whole Armor of God.

There are three primary agents in the character formation or sanctification of a Christian—ways that God uses to change us.

Why You Can’t Have Justification without Sanctification

Justification should not be abstracted from the person of Christ.