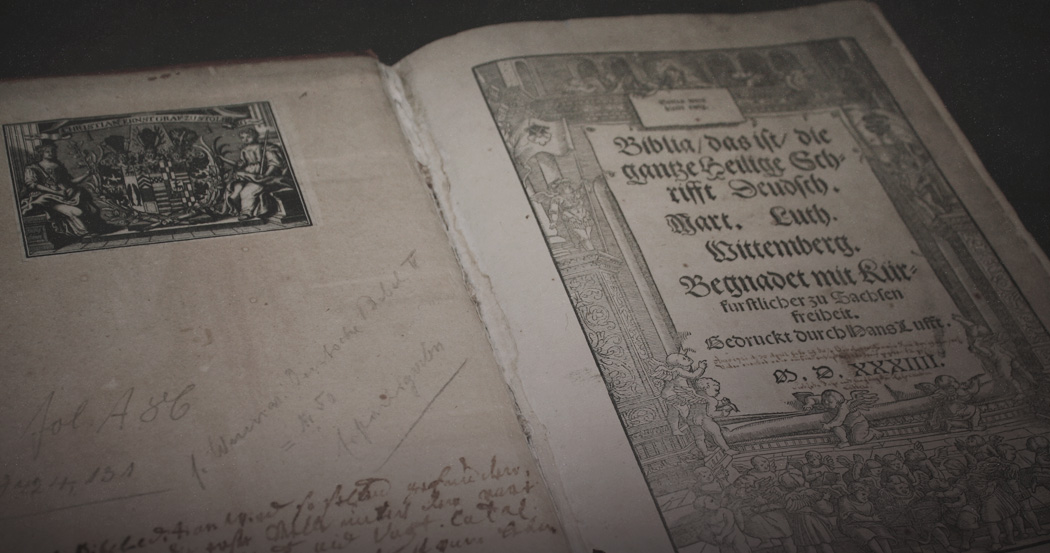 The Lessons of the Reformation

The things that matter most to us all center on the gospel. The church simply can’t afford to forget the lesson of the Reformation about the utter supremacy of the gospel in everything the church does.

Elie Wiesel, Nobel Prize winner and Holocaust survivor, has dedicated his life to bear­ ing witness to the unimaginable horrors and atrocities of the Holocaust. He speaks of the unspeakable. And he does so because humanity cannot afford to forget the lesson of the Holocaust. It is far too easy to forget, especially when forgetting eases our conscience. History, however, com­pels us to remember. In studying the Reformation, we remember what the church is all about, and we remember how easy it is for the church to lose its grip on the gospel.

If he said it once, Martin Luther said it a hundred times: “The church’s true treasure is the gospel.” Luther lived at a time when this true treasure had been traded for something worth far less. As a monk, he stood in a long line of succession that stretched back through centuries of theologians and churchmen who had heaped up layer upon layer of extrabiblical teaching and practice, obscuring the church’s true treasure of the gospel. Like scaffolding that surrounds and hides the beauty of a building, these layers needed to be torn down so the object that mat­tered could be seen without hindrance and without obstruction. Luther, with a little help from his friends, tore down the scaffolding, revealing the beauty and wonder of the gospel for the church once again. Luther called his own (re)discovery of the gospel a “breakthrough” (durchbruch in German).

The 5 Solas of the Reformation

In the process he brought about an entire revolution of church life, practice, and doctrine. Many of the doctrines that we Protestants take for granted find their crystallized expression in the thought of the Reformers. Theologians speak of the Solas, from the Latin word sola, meaning “alone.” Usually we list five Solas:

1. Sola Scriptura, meaning “Scripture alone”: The Bible is the sole and final authority in all matters of life and godliness. The church looks to the Bible as its ultimate authority.

2. and 3. Sola Gratia, meaning “grace alone,” and Sola Fide, meaning “faith alone”: Salvation is by grace alone through faith alone. It is not by works; we come to Christ empty-handed. This is the great doctrine of justification by faith alone, the cornerstone of the Reformation.

4. Solus Christus, meaning “Christ alone”: There is no other mediator between God and sinful humanity than Christ. He alone, based on his work on the cross, grants access to the Father.

5. Soli Deo Gloria, meaning “the glory of God alone”: All of life can be lived for the glory of God; everything we do can and should be done for his glory. The Reformers called this the doctrine of vocation, viewing our work and all the roles we play in life as a calling.

Congregations didn’t sing in the centuries leading up to the Reformation. In fact, Jan Hus, one of the pre-Reformation reformers, was condemned as a heretic for, among other things, having his congregation sing. Luther and the other Reformers restored congregational singing to the church. Knowing this should humble us every time we sing in church. We should offer our heartfelt thanks to Luther, and we should remember what Hus gave for the privilege.

The Reformers also revolutionized daily life outside the church. They gave new meaning to work and to various roles—spouses, parents, and children; employees and employers; civic rulers and citizens. Prior to the Reformation, the only work that really mattered was church work. The rest of life was simply viewed as putting in time.

Do We Still Need the Reformation?

The dean of American church historians, Mark Noll, has published a book with a rather provocative title, Is The Reformation Over? [1] Noll and coauthor Carolyn Nystrom offer an answer that is hotly debated. They say, yes, the Reformation is over. This book represents one particular viewpoint that stretches back to another hotly debated document entitled “Evangelicals and Catholics Together” (ECT). This document speaks of the newfound unity between Roman Catholics and Evangelicals “nearly five hundred years after the divisions of the Reformation era.” [2]

This approach views the Reformation as a necessary and most help­ful corrective of a medieval Roman Catholic church gone quite bad and adrift from the gospel and the authority of Scripture. But times have changed, some argue. Consequently, the Reformation is over. Instead of trumping the Catholic/Protestant distinction, we should seek unity within the church, a unity that attempts to bridge the Protestant/Roman Catholic divide.

In other circles, such as recent movements within the Anglican Church, the Reformation is seen much more negatively. It is seen as the source of division and strife, an unfortunate occurrence in the life of the church, and a sin of the past that must be atoned for. This views the Reformation not as a breakthrough but as a breakdown of the unity of the church, a failure to live up to Christ’s command that the church be one (John 17:23). [3]

Luther and the other Reformers cast their vote for unity, but not for unity at all costs. The ecumenical spirit of our contemporary age neglects the caution of the Reformers, establishing a Christian unity that is built on the flimsiest theological foundations. Against the current drive for ecumenicism and even for pluralism, the Reformers remind us that unity apart from a solid biblical and theological base builds a grand castle on mere sand.

Goes behind the scenes and uncovers the human side of the larger-than-life Reformers through user-friendly narrative stories on the Reformation.

What Was At Stake

Against all of these challenges to the Reformation, we need to real­ize that the Reformers saw nothing less than the gospel at stake. We sometimes forget what Luther, Calvin, Zwingli, and others risked in taking a stand for the gospel. They risked their very lives. Regarding the Reformers’ work as nothing more than sowing seeds of unfortunate divi­sion shows both little knowledge of and little respect for what they did. They were human, and they had their faults and shortcomings. They sinned, sometimes greatly. But they also, like the imperfect characters of the Bible, were used greatly by God. In other words, the church should be grateful for the Reformation. And in this age of religious pluralism, theo­logical laxity, and biblical illiteracy, perhaps the Reformation is needed more than ever before.

Prior to the Reformation, there were various attempts to reform the church. Some movements addressed issues of church leadership and government, trying to wrest control from the papacy. Other groups tried to reform the extravagance of the church and its pursuit of wealth. Others addressed the lackluster spirituality that was all too prevalent. These movements could put their finger on the problem—they just couldn’t arrive at a solution. All of these movements failed where the Reformation succeeded. The reason? The Reformation got to the heart of the matter: right theology. The Reformers rightly diagnosed the disease, and they rightly administered the necessary cure.

Today we can fall into the same trap as those failed movements that attempted reform. We can put our trust in programs. We can rely on new leadership or the application of innovative management techniques. We can count on moral reform. The Reformation sounds a clarion call of caution to all such attempts. If we as a church don’t get it right on the doctrines of the Bible, Christ, and salvation, we’ll never head in the right direction, no matter how innovative or energetic or zealous we may be.

Learning from the Reformation

We study the Reformation because of what we can learn. We learn of the treasure of the gospel. We learn how easy it can be for the church to lose sight of its value. We learn of the origin of most of the practices of church life that we simply take for granted. We learn what doctrines should mat­ter most. We learn how to proclaim those doctrines in the world in which we live. And we learn about real people, gifted and talented, who also possessed the flaws and limitations of humanity.

Above all, we learn from them that our faith and trust lie not ultimately in their lives and in their examples, but in the God-man, Jesus Christ. They all point us beyond themselves to him. Luther said it best: “We are beggars.”

Notes:
[1] Mark A. Noll and Carolyn Nystrom, Is The Reformation Over? An Evan­gelical Assessment of Contemporary Roman Catholicism (Grand Rapids, MI: Baker Academic, 2005).
[2] “Evangelicals and Catholics Together,” First Things 43 (May 1994), 15-22.
[3] See various documents related to the Anglican-Roman Catholic Interna­tional Commission (ARCIC), such as “The Agreed Statement on Eucha­ristic Doctrine” and “Agreed Statements on Authority in the Church,” available online at www.prounione.urbe.it.

This article is adapted from The Reformation: How a Monk and a Mallet Changed the World by Stephen J. Nichols.