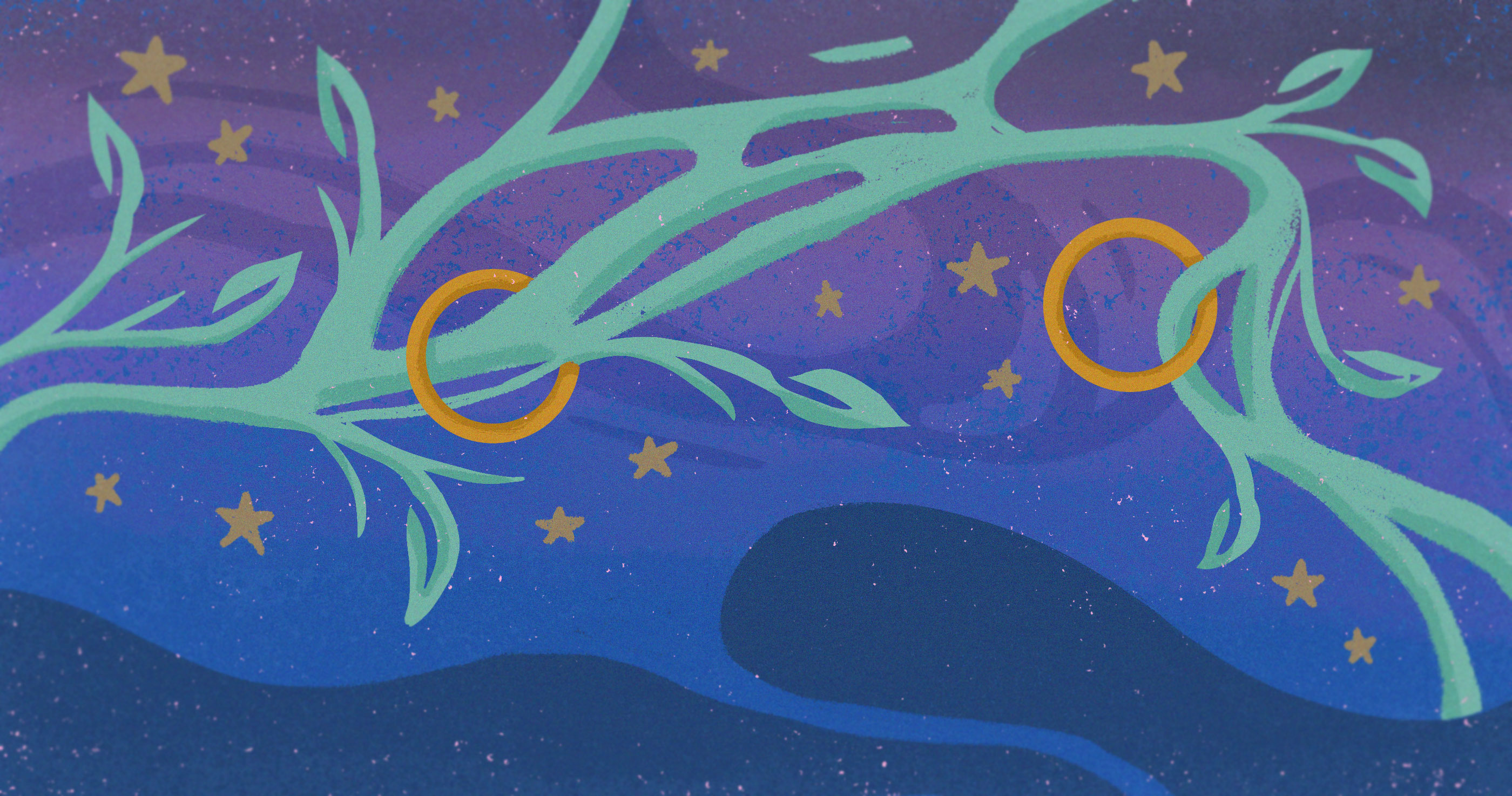 One of my favorite married couples is Nick and Sue Lombardo. I met Nick and Sue when I was a twenty-three-year-old waiter living in Santa Barbara visiting the Silicon Valley to interview for a job as a youth pastor. Meeting Nick and Sue was a big factor in accepting the job—I wanted to spend more time around this husband and wife. Little did I know that nine months after meeting the Lombardos, I would meet Taylor, and the Lombardos would mentor us through our dating and the first few years of our marriage.

Nick and Sue live in a beautiful home on several acres in the Santa Cruz Mountains at the end of the steepest road I’ve ever driven on. Forty years ago Nick built this home with his own hands, working at IBM during the day and working on his home at night. We love going to Nick and Sue’s house. Last winter I took my three sons with me to cut down our Christmas tree on Nick’s property. With saws in our hands, Nick, my two older boys, and I hiked down a steep slope in the middle of a rainstorm and cut down an eight-foot-tall tree that stands as the best Christmas tree we’ve ever had. Nick is one of the few men I know who I tell my sons I want them to grow up to be like. 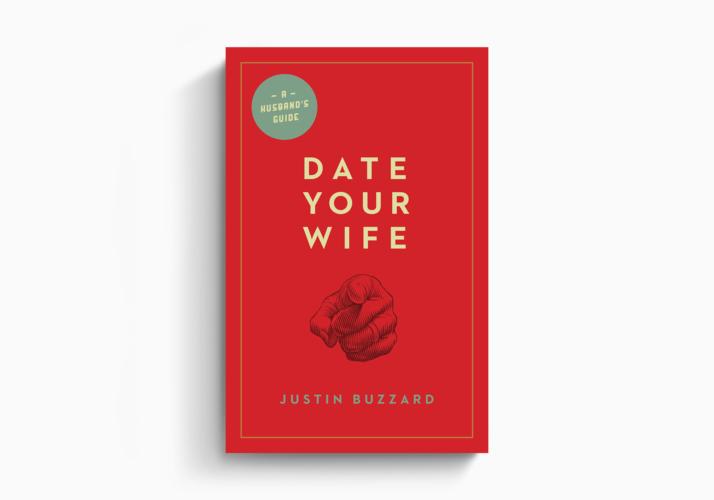 Date Your Wife is an intensely practical guide for husbands looking to strengthen, save, or spice up their marriage and pursue their wives from a place of security in the gospel.

Taylor and I will never forget one afternoon we spent with the Lombardos. Gathered around the fireplace in the Lombardos’ living room, the four of us had a long talk about sex, marriage, friendship, and leaving a legacy. I don’t know how we started talking about sex, but we did. Taylor and I were newly married at the time and as we talked about the excitement of sex in a new marriage, Nick and Sue laughed at us. They looked us straight in the eye and told us that sex gets better with each decade of marriage. They told us that their sex life in their late seventies was far better than their sex life in their early twenties. They shared that with each decade they grew to love each other more, enjoy their friendship more, and make love to each other better than before. As two virgins just now discovering the thrilling new territory of sex and marriage, Taylor and I stared at Nick and Sue in disbelief. I tried picturing what it would look like to make love to my wife when we’re eighty years old and covered in wrinkles.

I didn’t get it then. I get it now. A good marriage is like a good wine—it gets better with age. Give a good marriage time, and the sex, the love, the friendship, the joy, and the dating get better. Maturity happens. Many men settle for one-night stands when they could have every-night stands with a loving and faithful bride/best friend, stands that get better with each passing month, year, and decade.

Nick taught me how to dream big for my marriage. That afternoon in their living room, Nick talked about the dream he entered marriage with: to take great care of Sue and pass on a legacy of following Jesus. Nick’s dream has been accomplished. Seventy-eight-year-old Sue is a happy, happy wife who has flourished for sixty years under Nick’s care and protection. A few weeks ago I bumped into the Lombardos while they were on a date. Nick had his right hand on the small of Sue’s back and used his left hand to open the door for Sue as he walked her into one of their favorite Italian restaurants. They’d just returned from their anniversary trip to Italy the night before, so they began telling me stories from their trip. They told me the latest updates on their family members who accompanied them on the trip, updates on their three children, ten grandchildren, and seven great-grandchildren—the majority of whom are following Jesus. That’s a legacy.

The most rebellious, countercultural thing you can do in our culture is to be happily married until death do you part.

It all started with a date and a dream. A seventeen-year-old boy named Nick took a fifteen-year-old girl named Sue on a date. He had a dream—a dream to marry her, to take great care of her, and to pass on a legacy of following Jesus. I never knew the teenage Nick; I’ve only known Nick in his seventies, and now, his eighties. Nick is one of my heroes. He’s never stopped dating his wife. What he started at age seventeen, he’s in the process of finishing at age eighty. We need more husbands like Nick, men who finish what they start.

Dream until You Die

Jesus changed Nick’s life a long time ago, allowing Nick to enter marriage with a grace-powered dream that has driven his marriage for sixty years. Most men don’t start marriage this way. Most men need someone to yell at them and tell them to dream a new dream for their life and their marriage.

This was the case for the first husband. After Adam’s great failure in the garden, God pursued Adam, forgave Adam, and gave Adam permission to dream again—to live life on the basis of God’s grace and power, not on the basis of past failures. Adam did it. Adam responded to God’s surprising grace with faith and a new dream.

After embracing God’s words of grace, the first thing the first husband did was name his wife.

The man called his wife’s name Eve, because she was the mother of all living. (Gen. 3:20)

Until this point, Adam’s wife didn’t have a name. Now, after their greatest failure in marriage and in relationship with God, Adam names his wife Eve. Eve means “life” or “life giver.” Instead of believing that their sin and past choices doomed them to death, Adam chose to believe in God’s grace—that new life was ahead for their marriage. He believed that the Savior of the world would descend from his lineage. He took God at his word and believed the future could look new.

The first husband believed the gospel.

The first husband named his wife—Life.

The first husband began to dream a new dream for his life and his marriage.

Men, dream big and dream new. God’s grace is more amazing and more powerful than you think. Take Jesus at his word and dream of what it would look like for your marriage to be founded on God’s grace like never before.

Justin Buzzard is the author of Date Your Wife.

Justin Buzzard (MDiv, Fuller Theological Seminary) is the founder and lead pastor of Garden City Church in Silicon Valley. Justin writes regularly at JustinBuzzard.net, speaks widely at conferences nationwide, and is part of the Acts 29 Church Planting Network. He is the author of many books, including Why Cities Matter. He lives in Silicon Valley with his wife, Taylor, and their three sons.

An Open Letter to Husbands on Mother’s Day

The fact that Mother’s Day may have secular origins does not mean that it can’t be used by Christian husbands to remind us of biblical principles related to our mothers and wives.

A Blueprint for Multigenerational Faithfulness

God has not left us to wander aimlessly in the wilderness as we raise our children. He has given us a blueprint for multigenerational faithfulness.

3 Ways to Root Your Marriage in Worship

Where will you find the reasons to continue working on your marriage in those disappointing moments when those reasons are most needed? Well, you won’t find them in your spouse.