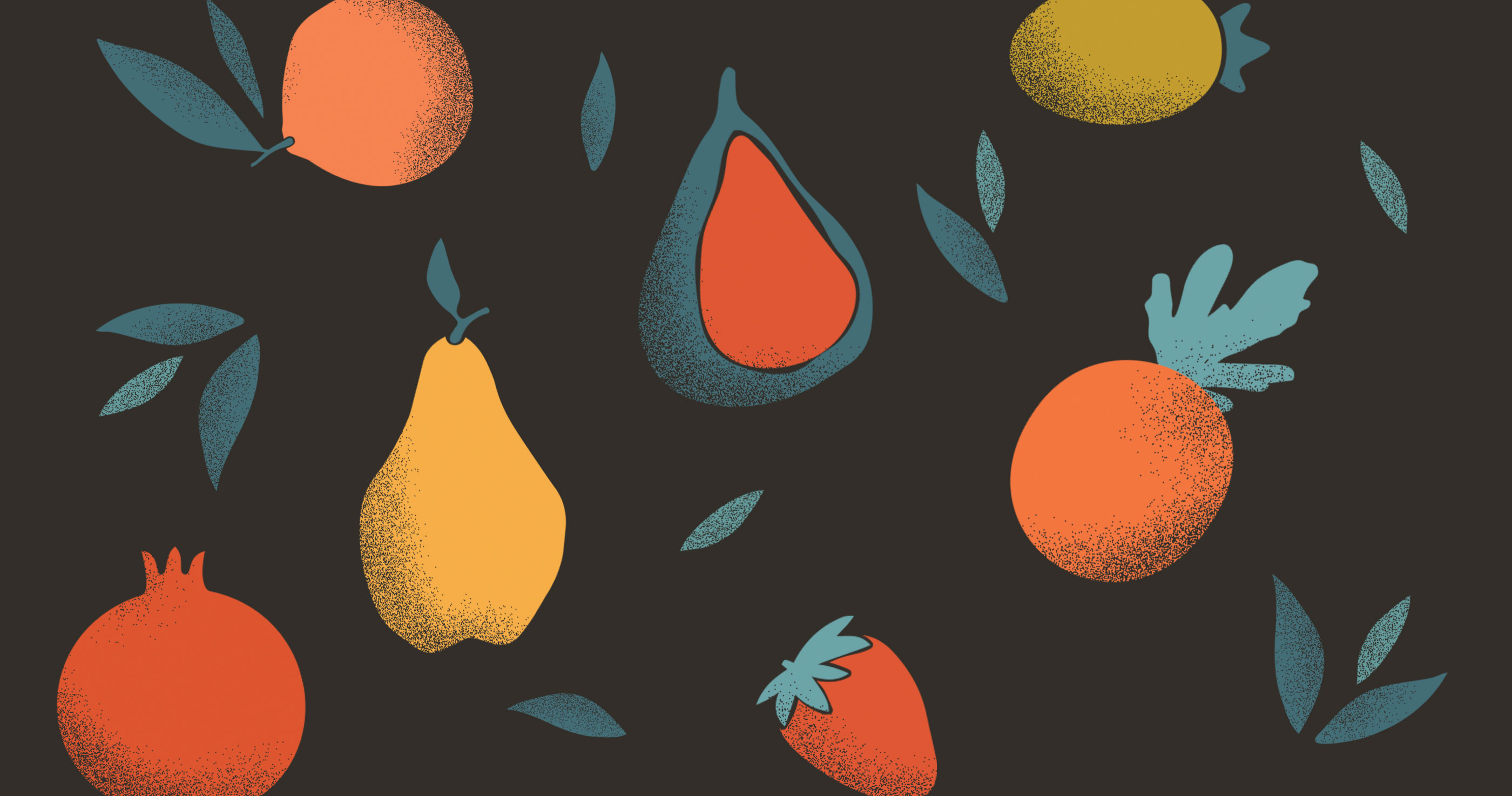 God’s Intention for a World Teeming with Peoples

Growing up, I never thought much about culture. I never had to. Culture is something you may not know you have until you meet someone who has a different one or have the unpleasant experience of being treated as different. I didn’t have that experience growing up. Rather ironically, the small southwest Kansas town where I spent my early years was called “Liberal,” and the people I knew were all pretty much like me.

Occasionally, missionaries would come to our small Baptist church with stories of faraway peoples. Their customs seemed odd, and it was easy to assume that the American way of doing things was better. In my culturally monolithic hometown, I would have been shocked to learn of the extraordinary variety of cultures within America even then.

Years later, I went back to Liberal and was startled by how much the town had changed. Several agricultural industries had come into the area, attracting migrant workers and a number of immigrant communities, including a large population of Somalis. More than half the population spoke a language other than English. A recent public health campaign for the area had gone out in ten different languages in videos posted to a YouTube channel called “It’s a Beautiful Day in Our Neighborhood.”

Compared to my early years in Liberal, it was a new day. But not everyone thought it was beautiful. Some took steps to recover the cultural monolith of the past. Three area residents hatched a plan to bomb a predominantly Somali apartment complex in the nearby town of Garden City. They were caught before they could carry out their plan and given lengthy prison sentences. Still, not so many Somalis live in Liberal these days. 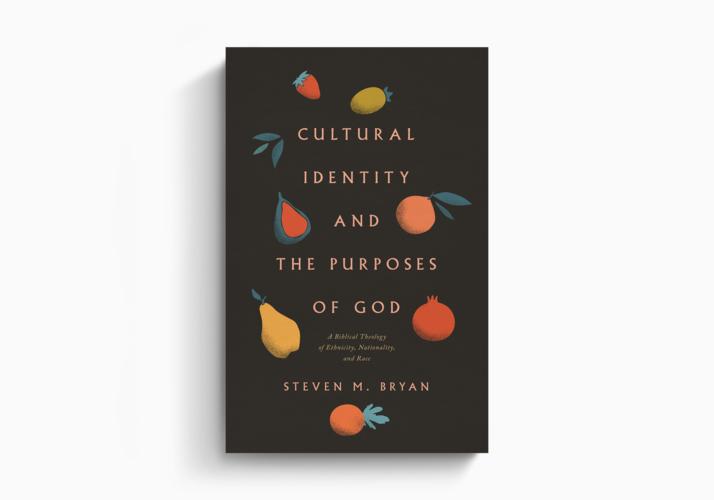 Cultural Identity and the Purposes of God

Steven Bryan presents a biblical framework for thinking about various ideologies of cultural identity and cultivating diversity as the positive good that God intended.

The increase of diversity in the town took place long after I left, but sooner or later, we all meet someone whose experience of life, way of life, or way of looking at the world differs from our own. The differences between us are not just those of age and personality—differences that distinguish any individual from another. They are the differences that distinguish groups of people. These differences define our world and often divide it. Where do these differences come from? How should we think about them? And what do we do with them when we meet them? To answer those questions, we need an origin story.

In the beginning, there were two kinds of nothing—the earth was “formless” and “empty” (Gen. 1:2 NIV). Both descriptors are significant. The uncreated world had nothing to fill the forms it did not have; there was nothing to fill and nothing with which to fill it. God’s creative act addressed both kinds of nothingness. The heavens and earth lacked structure and purpose. So, God imbued the cosmos with both. On the first three days, form and structure emerge as the divine word “separates” light from darkness, sea from sky, and land from water. Then, with the varied forms now fit for habitation, God fills them. On day four, the light and darkness are populated with the heavenly bodies that govern them—the sun to rule the day and the moon and stars to rule the night. On day five, the sea teems with aquatic life, and the sky teems with avian life. Then, on day six, the land similarly teems with life.

The creation of living things on the sixth day proceeds as before, with the earth bringing forth living creatures “according to their kinds” (Gen. 1:25), just as the sea and sky brought forth the creatures of the sea and the birds of the air on day five. But God’s creative action on day six differs from that of days four and five in three important ways.

The Uniqueness of Humans

First, at the culmination of his creative activity, he creates people “in his own image” (Gen. 1:27). The parallel creation account of Genesis 2 indicates that God fashions humans from the dust of the earth, but the earth does not bring them forth according to their kind as with other living creatures. Similarly, like the other creatures, they are told to multiply, but not according to their kind. Rather, they multiply in the likeness of God. Human offspring resemble their parents, of course, but they ultimately resemble their parents’ resemblance of God. Like the parents, the offspring bear the divine image (Gen. 5:3). Genesis does not immediately indicate what it means for humans to be made in God’s image, preferring to fill out that picture over the ensuing chapters. However, it is clear from the outset that no human is more human than any other: all alike bear God’s image.

Second, the man and woman were to share in God’s governance of his creation. The expression “image of god” was used widely in the ancient Near East to describe a king as one who singularly represented the rule of a god over a people.1 Genesis, however, confers the divine image not on royalty but on humanity, assigning the royal task of governing God's creation to every human. Thus, every human is endowed with equal dignity and worth.

T﻿﻿hird, God tells the humans that in carrying out their commission to govern creation on his behalf, they are to “fill the earth” (Gen. 1:28). God had similarly appointed the birds to “multiply on the earth” and the creatures that swim to “fill the waters” (1:22), but only the humans are called to “fill the earth.” This suggests that the extent to which the nonhuman land creatures fill the earth is a matter of human stewardship of the land they occupy together. Even if the charge to “fill the earth” is given only to the humans among the creatures of the land, God clearly prizes variety here as well. If the goodness pronounced over each element of creation consists in its fitness and suitability for the intended purpose, that goodness consists as well in the teeming diversity God intends for each sphere. It is with that diversity that each sphere is to be filled.

From the beginning, the sea and sky “teem” (Gen. 1:20 NIV) with diversity, but diversity does not seem to mark humanity at the outset. God creates humanity in his image, and in doing so, he creates both male and female. They differ from one another. Even so, there are only two. As yet, they are of one kind. The difference in sex alone does not constitute the diversity with which God intends for humanity to fill the earth. However, as the ensuing narrative demonstrates, sexual difference forms the basis of that diversity.

If the goodness pronounced over each element of creation consists in its fitness and suitability for the intended purpose, that goodness consists as well in the teeming diversity God intends for each sphere.

That God makes humanity both male and female underscores the fact that they bear God’s image not only in the charge to govern the world on his behalf but also in the relationality that characterizes God’s own being. These two aspects of the divine image—what theologians call the functional and relational aspects of the image of God—work together to achieve the divine intention that humanity fill the earth. How does this take place?

Although they are told to fill the earth, they are placed in the limited domain of a garden. In both art and popular imagination, the garden appears as a kind of bucolic paradise with unbidden abundance that the first humans simply receive. Had they not rebelled, we assume, they would simply have stayed put, enjoying the largesse of the God-planted garden in perpetual leisure. It is thus easy to forget that the command to fill the earth predates the fall. Here, perhaps, our imagination needs reformation.

Given that God places the humans in a garden that he tells them to tend and situates the garden on the earth that he tells them to fill, the command to fill the earth is not a summons to leave the garden but to expand it. The contrast is not between paradise within and the barren waste beyond, but between the cultivated and not-yet-cultivated portions of creation, the whole of which God pronounces “good.” The garden is formed by God and given to humans as a model for their creative cultivation of the whole.

The fact that the humans are called not only to cultivate the garden but also to expand it is fundamental to a theology of work. However, it is important for another reason as well. The term cultivate is slightly misleading, as it tends to suggest a purely agrarian shape to the divine mandate. Not so. As the humans multiply, they begin to interact with the created world in a variety of ways. They farm, but they also hunt and herd. Some lead settled lives, while others, such as Abel and Abraham, are described as pastoralists, living in tents and moving as rainfall and grass conditions required. At the same time, those who settle are not all farmers. Some build cities. Others begin to work with metal. Still others become poets or musicians.

However rudimentary, these varied pursuits and patterns of life represent the emergence of cultures. Nothing in the text suggests that these alternative ways of life are a consequence of the fall.2 To be sure, these cultural expressions are readily bent to rebellious ends. Nevertheless, the creativity ascribed to humans mirrors the creativity of God in the opening chapter, enriching our understanding of what it means to be made in the image of God and filling out our understanding of what it means to fill the earth.3 Work is central to God’s intention for humanity, but how we work and how we value various kinds of work are part of what we mean by “culture.” As humans, we fulfill our calling to “fill the earth” in the myriad of ways in which we steward God’s creation—that is, in imaging God through our creative engagement with his creation.

This article is adapted from Cultural Identity and the Purposes of God: A Biblical Theology of Ethnicity, Nationality, and Race by Steven M. Bryan.

Steven M. Bryan (PhD, Cambridge University) is professor of New Testament at Trinity Evangelical Divinity School. He also served as a theological educator in Ethiopia for more than twenty years and as director of SIM Ethiopia for six years. He and his wife have three sons and a daughter-in-law.

10 Things You Should Know about Cultural Identity

From its opening pages right through to the end, Scripture attests to the importance of peoples in God’s purpose for humanity.

Steven Bryan talks about how Christians should approach the various “collective identities” that bind—and divide—us in our world today. 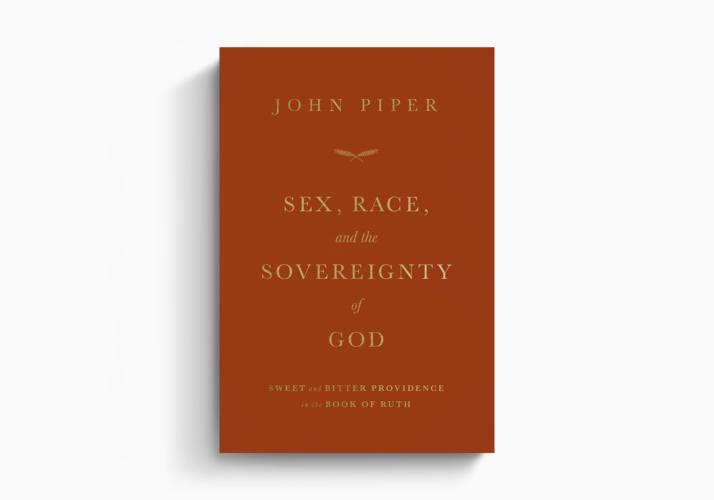 Sex, Race, and the Sovereignty of God
John Piper 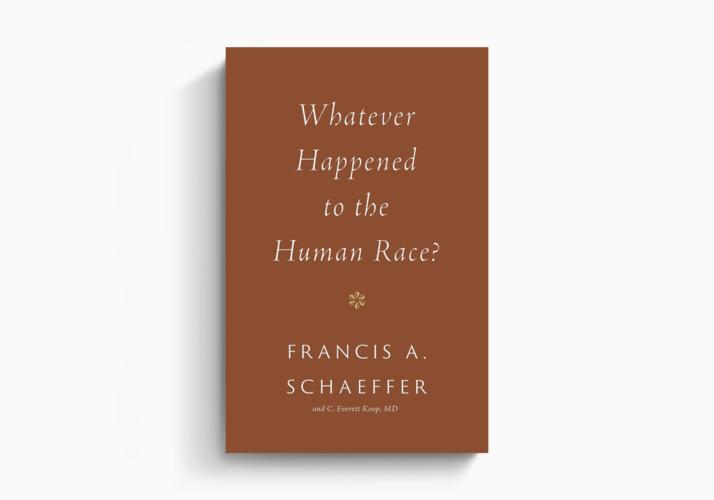 Whatever Happened to the Human Race?
Francis A. Schaeffer, C. Everett Koop
Repackage