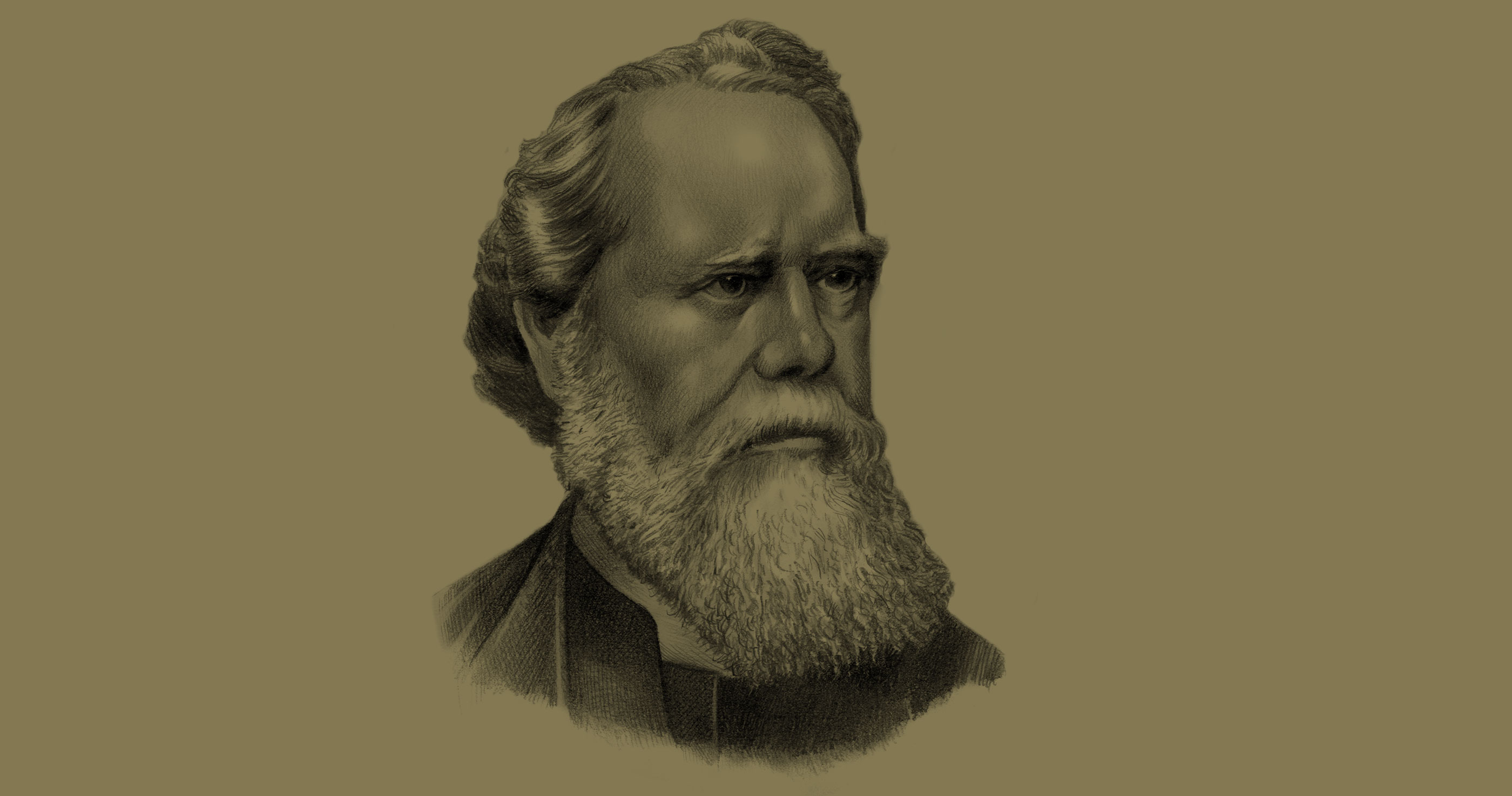 The Sentence That Removed the Scales

On September 4, 1869, when he was thirty-seven years old, Hudson Taylor found a letter waiting for him at Zhenjiang from John McCarthy. God used the letter to revolutionize Taylor’s life. “When my agony of soul was at its height, a sentence in a letter from dear McCarthy was used to remove the scales from my eyes, and the Spirit of God revealed to me the truth of our oneness with Jesus as I had never known it before.”1

Notice two things about that sentence. One is that the change in Taylor didn’t come through new information. Taylor knew his Bible, and he knew what Keswick teachers were saying. Just that year, the magazine Revival had carried a series of articles by Robert Pearsall Smith on “the victorious life”2—one of the catchphrases of the Keswick teaching. These articles had been the inspiration for McCarthy’s own experience that he was now sharing with Taylor. It was not a new teaching. It was one familiar sentence. We have all had experiences of this sort: the same truth we have read a hundred times explodes with new power in our lives. That happened for Taylor.

The other thing to notice is that the truth that exploded was his “oneness with Jesus.” And Taylor says it carefully: “the Spirit of God revealed to me the truth of our oneness with Jesus as I had never known it before.” He knew it before, but this time the Holy Spirit gave him a new sight of the wonder of it. This is exactly the way he understood it.

I saw not only that Jesus will never leave me, but that I am a member of His body, of His flesh and of His bones. The vine is not the root merely, but all—root, stem, branches, twigs, leaves, flowers, fruit. And Jesus is not that alone—He is soil and sunshine, air and showers, and ten thousand times more than we have ever dreamed, wished for or needed. Oh, the joy of seeing this truth!4

This was not new information. This was the miracle of the eyes of the heart being opened to taste and see at a deeper level than had been tasted and seen before. “Oh, taste and see that the Lord is good!” (Ps. 34:8). And the center of what he saw and tasted was union with Christ: “The sweetest part, if one may speak of one part being sweeter than another, is the rest which full identification with Christ brings.”5 The experience came to be known as the “exchanged life” because of Galatians 2:20: “I have been crucified with Christ. It is no longer I who live, but Christ who lives in me. And the life I now live in the flesh I live by faith in the Son of God, who loved me and gave himself for me.”

Along with a new sight of Christ’s fullness and his union with Christ, there was also a new yieldedness: “Surrender to Christ he had long known, but this was more; this was a new yieldedness, a glad, unreserved handing over of self and everything to Him.”6 This new yieldedness was so powerful and so sweet—so supernatural—that it rose up like an indictment against all vain striving. When you have been swept up into the arms of Jesus, all previous efforts to jump in seem vain.

At the heart of the discovery was this: the fruit of the vine comes from abiding, not striving:

To let my loving Saviour work in me His will, my sanctification, is what I would live for by His grace. Abiding, not striving nor struggling; looking off unto Him; trusting Him for present power; resting in the love of an almighty Saviour.7

From the consciousness of union springs the power to abide. Let us, then— not seek, not wait, not pursue—but now accept by faith the Saviour’s word— “Ye are the branches.”8

When you have been swept up into the arms of Jesus, all previous efforts to jump in seem vain.

Taylor experienced such a powerful revelation of the inexpressible reality of union with Christ, as an absolute and glorious fact of security and sweetness and power, that it carried in it its own effectiveness. It gave vivid meaning to the difference between the works of the flesh and the fruit of the Spirit: “Work is the outcome of effort; fruit, of life. A bad man may do good work, but a bad tree cannot bear good fruit.”9 “How to get faith strengthened? Not by striving after faith, but by resting on the Faithful One.”10

Unlike many who claimed a higher-life experience, Taylor really was lifted to a plane of joy and peace and strength that lasted all his life. He wrote, “Never again did the unsatisfied days come back; never again was the needy soul separated from the fullness of Christ.”11 Just before turning sixty, Taylor was in Melbourne, Australia. An Episcopalian minister had heard of Keswick, and after spending time with Taylor, he wrote: “Here was the real thing, an embodiment of ‘Keswick teaching’ such as I had never hoped to see. It impressed me profoundly. Here was a man almost sixty years of age, bearing tremendous burdens, yet absolutely calm and untroubled.”

How Hudson Taylor Shocked People out of Indifference about Missions

Hudson Taylor was committed to proclaim the gospel to people who were passing into eternity without hope and without God.

Tim Keesee shares from his own experiences as a missions journalist about the reality of persecution and the best way to approach a short-term mission trip.

Dispatches from the Front
Tim Keesee
Crossway is a not-for-profit Christian ministry that exists solely for the purpose of proclaiming the gospel through publishing gospel-centered, Bible-centered content. Learn more or donate today at crossway.org/about.