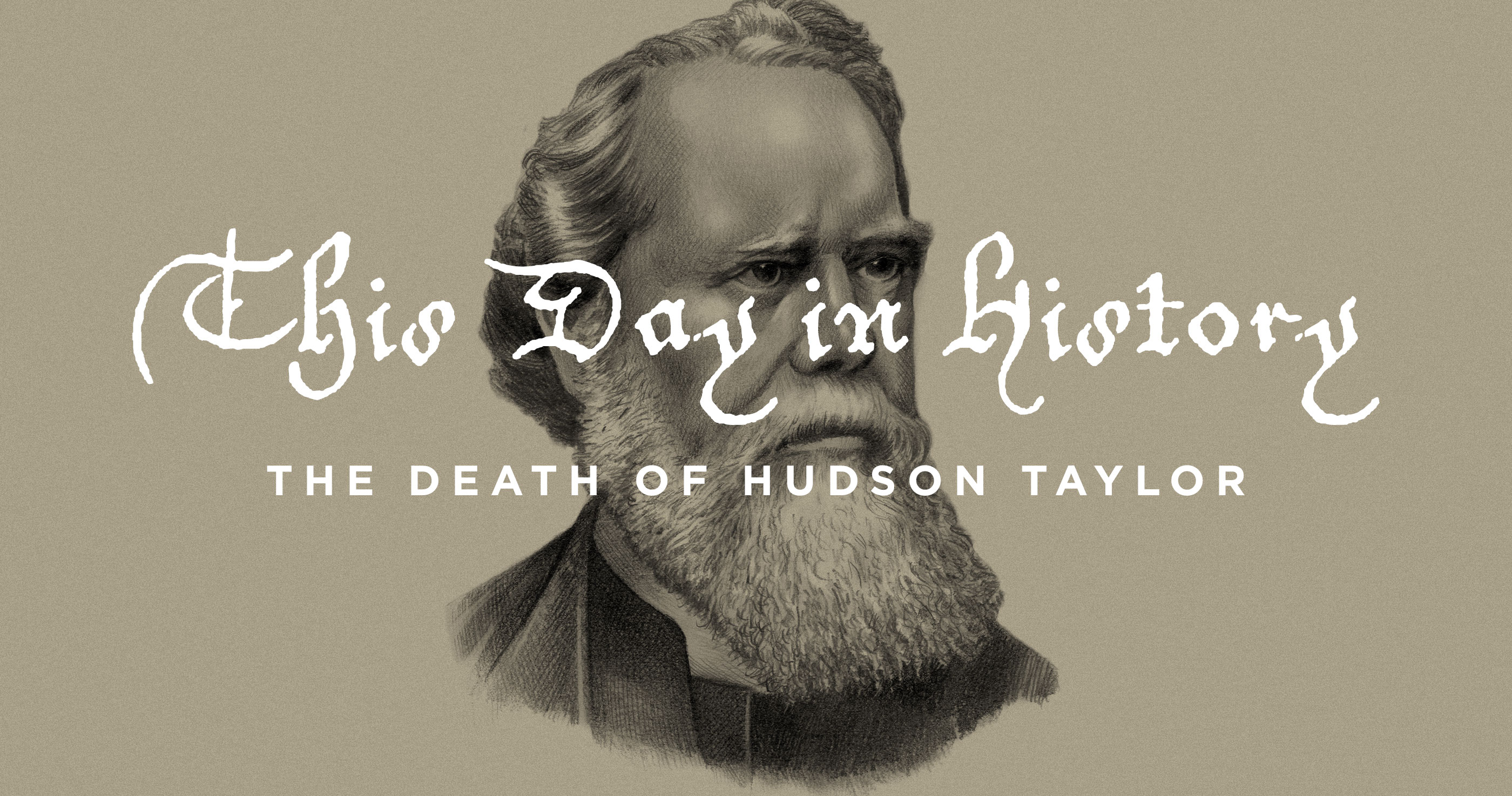 A Life of Pilgrimage

In his lifetime, Taylor made ten voyages to China, which means, as I calculate it, that he spent between four and five years on the water in transit—a good reminder, I suppose, that he was a pilgrim here. Over time, his ministry became increasingly global as the ambassador for China and for the China Inland Mission. He was the general director from 1865 to 1902, when he handed over the role to Dixon Hoste.

This growth is God’s work: one plants, another waters, but God gives the growth.

Taylor lived to see the horrible Boxer Rebellion, which raged against all Christians and foreigners in China in 1900. The China Inland Mission lost more members than any other agency: fifty-eight adults and twenty-one children were killed. But the next year, when the allied nations were demanding compensation from the Chinese government, Taylor refused to accept payment for loss of property or life. His aim was to win the Chinese, not demand justice.

In February 1905, Taylor sailed for China for the last time. After a tour of some of the mission stations, he died on June 3 at Changsha, Hunan, at the age of seventy-three. He was buried at Chinkiang by the side of his first wife [Maria] and the children who had died in China. This was not owing to a superior relationship to Maria, but to the distances involved. [His second wife] Jennie had died in Switzerland the year before. The cemetery in China was destroyed as part of the Cultural Revolution, and today industrial buildings stand over the site.

At the time of Taylor’s death, the China Inland Mission was an international body with 825 missionaries living in all eighteen provinces of China; more than three hundred mission stations; more than five hundred local Chinese helpers; and twenty-five thousand Christian converts.1 Among the better-known luminaries who served China with CIM are the Cambridge Seven,2 William Borden,3 James Fraser,4 and John and Betty Stam.5

Today, about sixteen hundred missionaries work for what is now known as OMF International.6 Its international headquarters is in Singapore, and the mission is led by Patrick Fung, who is Chinese. The mission statement is: “We share the good news of Jesus Christ in all its fullness with East Asia’s peoples to the glory of God.” And the vision statement is: “Through God’s grace, we aim to see an indigenous, biblical church movement in each people group of East Asia, evangelizing their own people and reaching out in mission to other peoples.”

The year 2015 marked the 150th anniversary of the mission that Taylor founded. In 1900, there were one hundred thousand Christians in China, and today there are probably around 150 million.7 This growth is God’s work: one plants, another waters, but God gives the growth (1 Cor. 3:6). Nevertheless, it is the fruit of faithful labor. And Taylor labored longer and harder than most. That labor was sustained by union with Christ.

This article is adapted from 21 Servants of Sovereign Joy by John Piper.