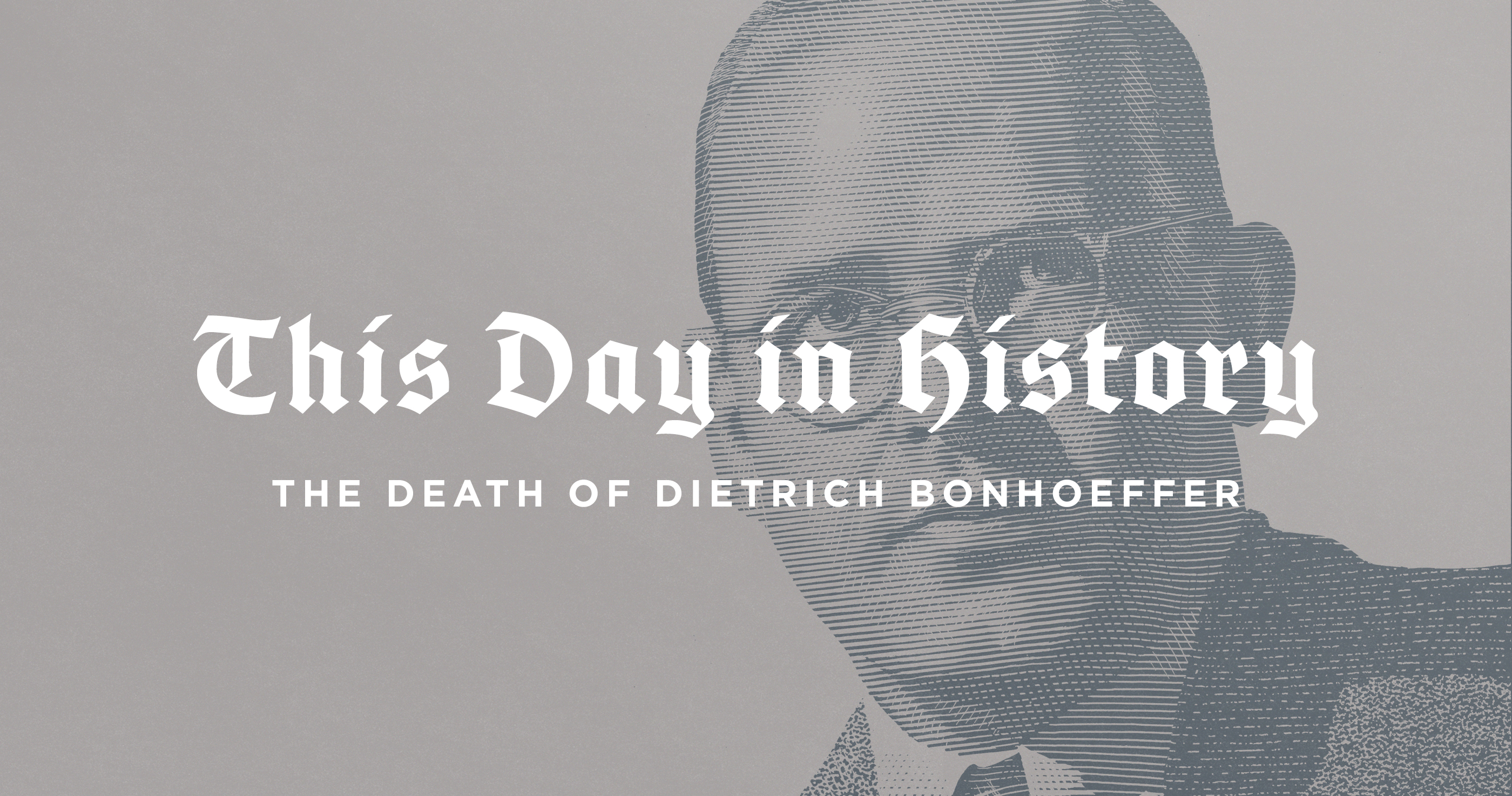 Like a Roman ruin with graffiti, a stretch of 200 meters of the Berlin Wall runs along the Niederkirchnerstrasse in Berlin. Behind that stretch of wall sits the Topography of Terror, a museum chronicling the horrors of the Nazi regime.

Bonhoeffer’s childhood took place in a large home in Berlin, alongside seven siblings. Oil paintings of austere-looking ancestors hung upon the walls. One room was a music conservatory. One of Dietrich’s brothers would die in World War I. Others took their place in society. He announced to his family, at the age of twelve, that he would become a theologian. In his twenty-first year, he earned his first doctorate, writing a dissertation entitled Sanctorum Communio, on the church. Three years later he completed a second doctorate, writing a dissertation entitled Act & Being. In between doctorates, he had his stint as a youth pastor in Spain.

God’s justification of sinners, declaring us righteous because of and through and in Christ, is ‘God’s final word.’

From 1930–1931, Bonhoeffer studied at Union Theological Seminary in New York City. This was the high watermark of the liberal/fundamental debate. At Union, Bonhoeffer found himself in the virtual greenhouse of liberalism. He was not impressed. “There is no theology here,” he would write.

Bonhoeffer returned to step behind the lectern at the University of Berlin. He lectured on Christology, posthumously published as Christ the Center, and on Genesis 1–3, lectures published in 1933 as Creation and Fall. In that book he tells us that this is not a fallen world; it is a fallen-falling world. In that same year, 1933, Adolf Hitler came to power.

The Cost of Belief

Bonhoeffer believed, even in 1935, that someday Germany would survive the Nazis and someday Germany would need to be rebuilt. He knew it would need a new church because the Reich Church had literally sold its soul. When the Confessing Church established five seminaries to train these young men who would someday build this new church, Bonhoeffer took the helm of the seminary first at Zingst, then at Finkenwalde. The next year The Cost of Discipleship appeared. In German, the title is simply Nachfolge, discipleship. For Bonhoeffer it’s axiomatic that discipleship costs.

In 1937, the Gestapo closed Finkenwalde and Bonhoeffer returned to his parents’ home. There he wrote Life Together. That little book reflected the theme he first took up in his first dissertation on “the communion of saints,” that lovely line from the Apostles’ Creed. His little book put the experiences at the underground seminary at Finkenwalde on to paper.

In 1939, he spent a month in New York City, again. The plan was for him to stay, to safely sit out the war. Other Germans theologians did so. Karl Barth stayed in the safe environs of Switzerland. Paul Tillich left Germany for Chicago. As soon as Bonhoeffer stepped off the ship and onto the harbor at New York City, he knew he did not belong there. How could he, he thought, play a role in the rebuilding of the German church if he had abandoned it in its darkest hour? It took him one month to get passage on a ship back to Germany.

On February 7, 1945, the day after he turned 39, he was transferred from his cellar prison in Berlin to Buchenwald, then to Regensburg, and then, on April 8, to Flossenburg. He was not alone, joined by other political prisoners. He would preach sermons to them while they were in the back of military trucks, chained and jostling around. He would preach in the barracks as they lay on their cots and as they gathered around this thoughtful, soft-spoken academic theologian in his wire-rimmed spectacles.

Bonhoeffer on the Christian Life

An accessible tour of the life and work of Germany’s famous theologian Dietrich Bonhoeffer. This book explores the nature of fellowship, the costliness of grace, and the necessity of obedience.

At the break of dawn on April 9, 1945, Dietrich Bonhoeffer was hanged. As they prepared him for his death, he preached a final sermon. His words were remembered and later retold, by a captured RAF pilot: “This is for me the end, the beginning of life.”

Bonhoeffer had been working on a book for a decade, even working on it, as he was able, in prison. He never got it fully to the finish line. Nevertheless, his magnum opus, Ethics, was posthumously published in 1949.

In this book, he has a lengthy discussion of justification by faith alone. God’s justification of sinners, declaring us righteous because of and through and in Christ, is “God’s final word.” It is the ultimate word and the ultimate reality in this life, in death, and in the life to come. Bonhoeffer adds:

So heaven is torn open above us humans, and the joyful message of God’s salvation in Jesus Christ rings out from heaven to earth as a cry of joy. I believe, and in believing I receive Christ; I have everything. I live before God.