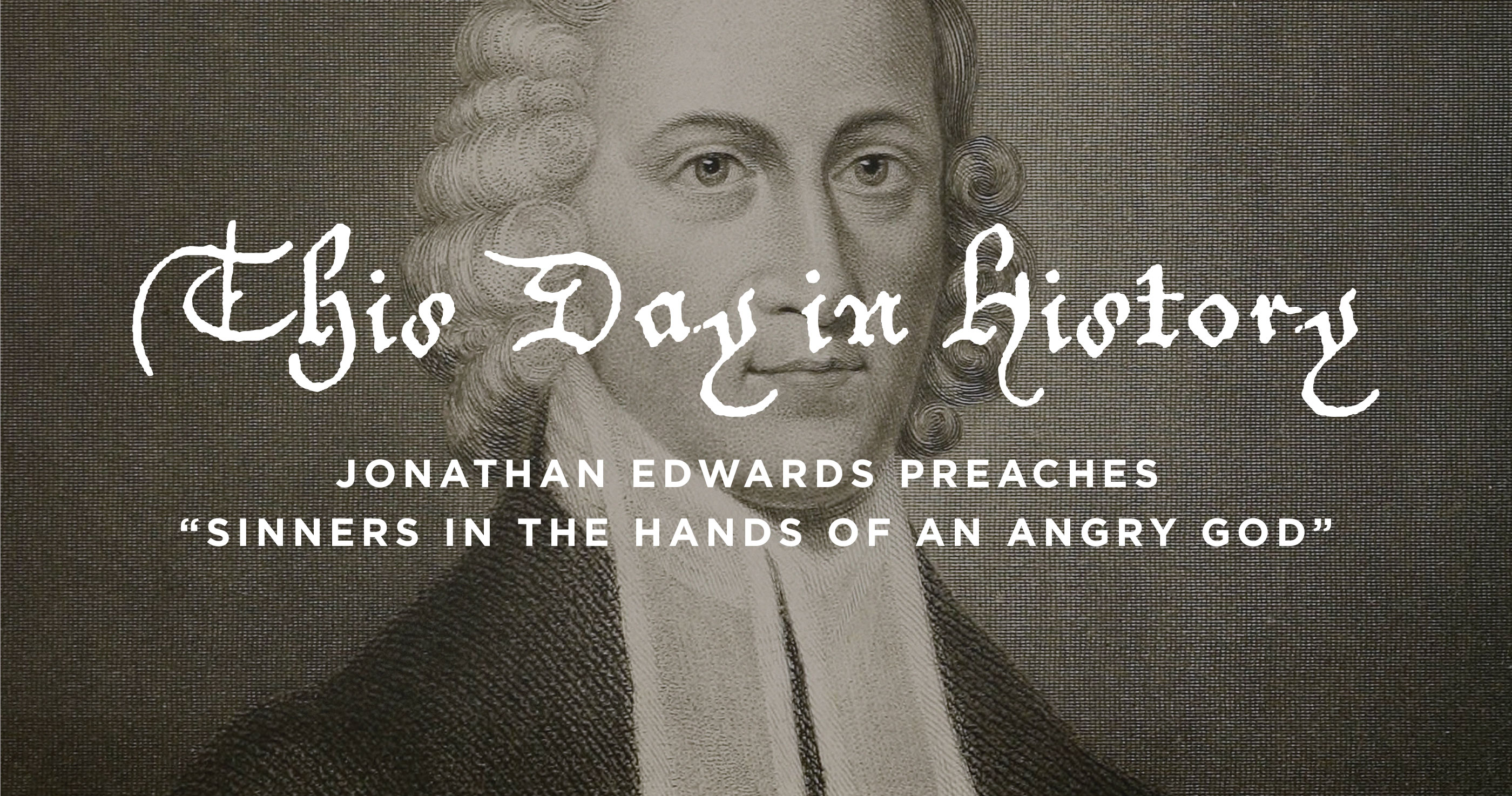 On July 8, 1741, Jonathan Edwards started a sermon that he would not finish.

As spring passed into summer 1741 no one could well keep track of the number of places which were also witnessing the revival. Churches, which in some cases had been cold and dry at the beginning of the year, were transformed before the end. “It is astonishing,” wrote Edwards, “to see the alteration that there is in some towns, where before was but little appearance of religion.”1

As Jonathan Edwards put it in a letter to Thomas Prince, a pastor in Boston, “It was a very frequent thing to see a house full of outcries, faintings, convulsions and such like, both with distress and also with admiration and joy.”2 This background to the famous preaching of the “Sinners in the Hands of an Angry God” is important to grasp. Edwards’s sermon did not occur in a vacuum. There was a wide and general revival occurring at the time of his preaching. But what is even more important to understand is that the place where Edwards preached the sermon was, up until the moment when Edwards preached, distinctly resistant to the revival. While in nearby towns, many were being converted—one church received 95 new members into the church on one Sunday alone—Enfield was becoming notorious for resisting the work of God at the time.

Edwards had preached “Sinners in the Hands of An Angry God” before. He had preached it at Northampton, in his own home church. There were no reported astonishing manifestations, or response, or emotion, at that time of preaching. But now he came to preach it at Enfield–this town holding out against the revival–and God blessed the preaching of his Word in an extraordinary manner.

One tradition has it that Edwards was not even the designated or intended preacher that day. He was a stand-in. Such is the strange providence of God. A group of ministers entered the meeting house at Enfield where the sermon was to be preached. Teams of such ministers were traveling around New England as itinerants preaching revival sermons, capturing to the fullest extent possible the move of the Spirit of God that was sovereignly occurring. As one participant later recalled, when the ministers entered the church at Enfield, the gathered people were “thoughtless and vain.” By comparison with other towns at the time, the people there were not even showing any particular interest—let alone great passion—regarding the things of God. In fact, they “hardly conducted themselves with common decency.”3 This was not an auspicious beginning. There was no ‘atmosphere’ of readiness and seriousness, nor even normal, polite attentiveness.

But then Edwards began to preach. We do not know exactly how Edwards preached—there were no video recordings of his style, his mannerisms, and any idea we have of his technique is only gathered from a few reports of the way he preached and by drawing conclusions from the copious sermon manuscripts that are preserved. Samuel Hopkins, in his Life of President Edwards, gives a famous set of descriptions of his preaching. Everyone at the time acknowledged Edwards as an “Eminent Preacher.” This, Hopkins says, was for three principal reasons.

First, Edwards “took great pains in composing his sermons . . . He wrote most of his sermons all out, for near twenty years after he began to preach; though he did not confine himself wholly to his notes in delivering them.” Second, “his great acquaintance with divinity, his study, and knowledge of the Bible. His extensive and universal knowledge, and great clearness of thought.” Third, “his great acquaintance with his own heart, his inward sense, and relish of divine things . . . this gave him a great insight into human nature: he knew what was in man both the saint and sinner.” Hopkins added that “his appearance in the desk was with a good grace, and his delivery easy, natural and very solemn.”4

It is sometimes assumed that Edwards never deviated from what he had written in his manuscripts, but Hopkins indicates that Edwards would speak ex tempore as he thought appropriate, coming off his notes. Plus, the manuscripts of his sermons indicate that Edwards had a more direct approach. They were cut into a small enough size that Edwards could “palm” them (hide them in the palm of his hand); a bit like an autocue, I suppose.

The crying and weeping became so loud that Edwards was forced to discontinue the sermon.

On this day in history, Jonathan Edwards started a sermon that he did not finish. Such was the impact of his preaching that the people listening shrieked and cried out, and the crying and weeping became so loud that Edwards was forced to discontinue the sermon. Instead, the pastors went down among the people and prayed with them in groups. Many came to a saving knowledge of Christ that day.

What can we learn from Edwards’s preaching of “Sinners in the Hands of An Angry God?”

We Should Not Be Afraid to Preach Hell

Edwards is unfairly tarnished as only a hell-fire preacher. Read Charity and Its Fruits. Read many of his other sermons that discourse upon the beauty of Christ. Preaching on hell was not unusual in 18th-century New England. What made Edwards’s sermon impactful was not that he preached on hell, but how he preached on hell. By contrast, we rarely (if ever) even mention hell from our pulpits today. Surely in the future, the church will look back on our age and recount it as the strangest fashion that we preached on God’s love without preaching God’s justice or wrath. There is little biblical balance in our preaching today.

We Should Preach with Imagery

Edwards’s sermon is astonishing for its sustained use of arresting verbal images. “Your wickedness makes you as it were heavy as lead, and to tend downwards with great weight and pressure towards hell; and if God should let you go, you would immediately sink and swiftly descend and plunge into the bottomless gulf.”5 Our enthusiasm for proposition truth, for rational articulation, must not blind us to Edwards’s fundamental insight: the “sense of the heart” that must be captured by the beauty of the Christ. Preachers are to be artists rendering in visual words the glory of the Jesus they represent.

Five renowned Edwards scholars make a credible case for Jonathan Edwards’s doctrine of justification to be solidly Reformational, while also addressing some of the contemporary discussions on justification.

God Sovereignly Blesses the Preaching of His Word

This was not the first time Edwards had preached this sermon. But this time—this day in history—God moved in a powerful way. We should also not be surprised to discover that we are used sometimes beyond our own expectations. There is no record of Edwards ever commenting upon the impact of this his most famous sermon. Evidently, he preached it at other times subsequently–his sermon manuscripts give evidence of when he preached sermons and other notes added for various different occasions. But it was not unusual for him to preach his sermons more than once. Perhaps the sermon you preach this Sunday will have more impact than the previous ten, and perhaps you will be unaware of it. If nothing makes us humble, then preaching should.

Our Urgent Need Is for Revival

Edwards is the theologian par excellence of revival. Read his The History of the Work of Redemption. Edwards’s argument is that God’s redemption strategy is to move forward in leaps and bounds through the work of revival and that more is done for God’s kingdom at such times than in decades before or since. This too should drive us to our knees. May we plead that God would not let the First or Second Great Awakenings be the only “awakenings” that come to America, but also in our day in 2018.

Josh Moody (PhD, University of Cambridge) serves as the senior pastor of College Church in Wheaton, Illinois, and president of God Centered Life Ministries. He was previously a fellow at Yale University. Josh and his wife have four children. 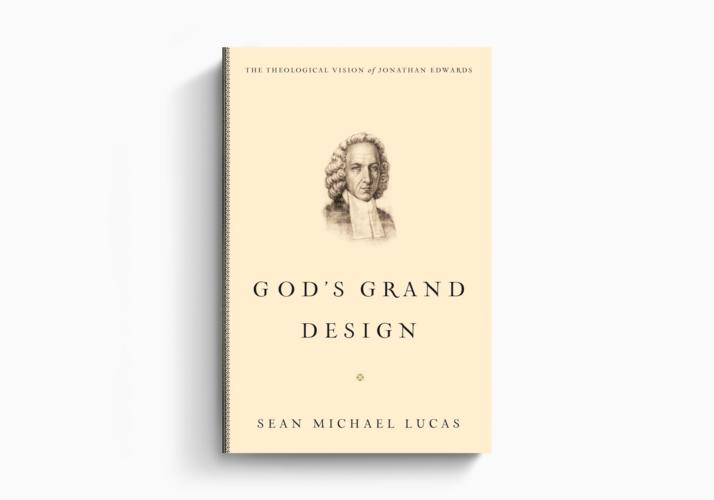 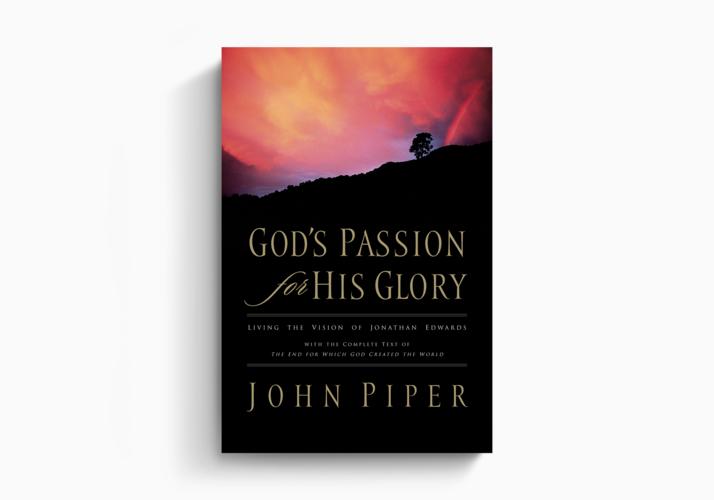 God's Passion for His Glory
John Piper
Crossway is a not-for-profit Christian ministry that exists solely for the purpose of proclaiming the gospel through publishing gospel-centered, Bible-centered content. Learn more or donate today at crossway.org/about.