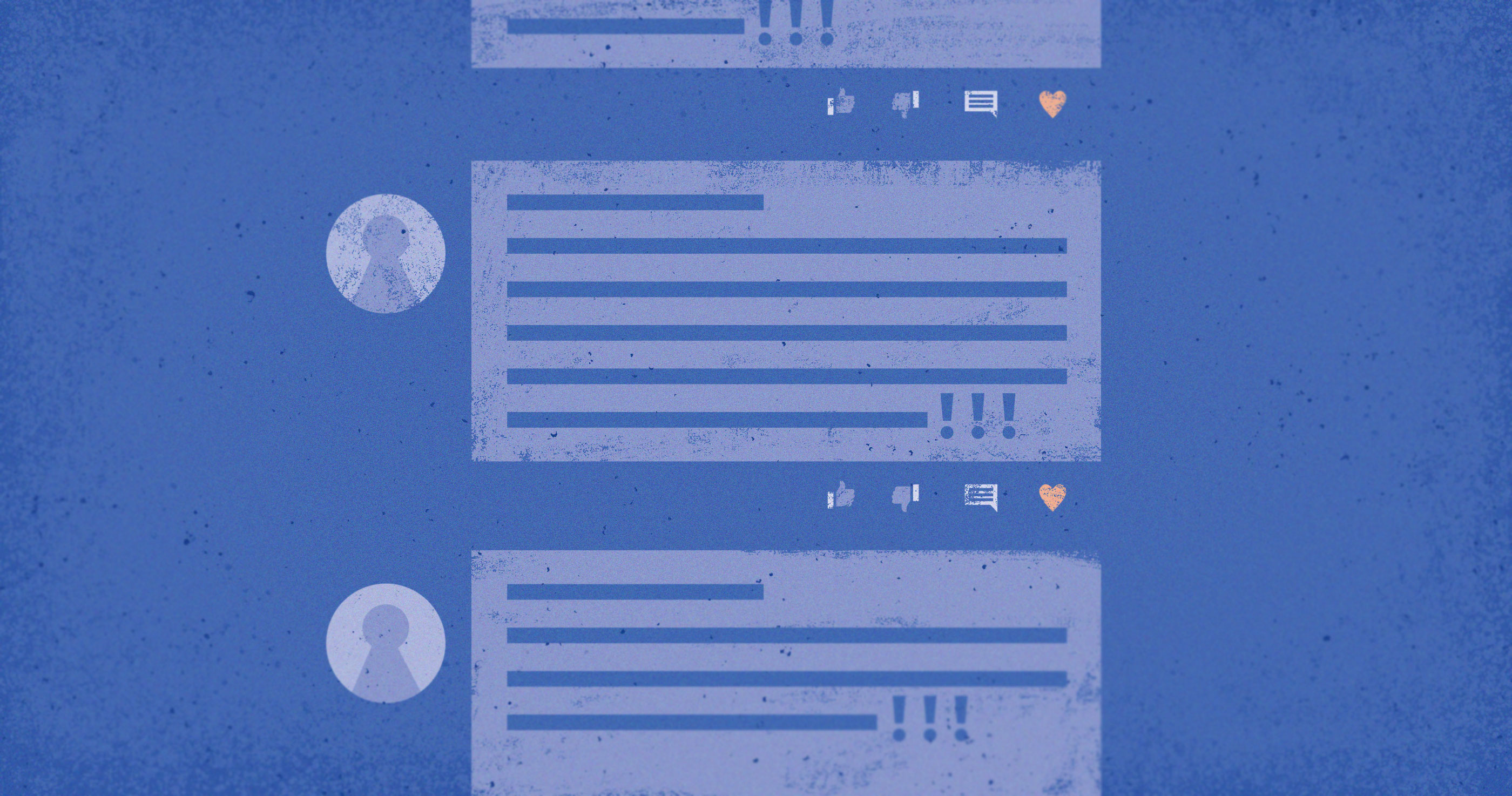 The Age of Instant Communication

The people of God have always differed over some points of Christian doctrine. Though we have always had theological disagreements, the age of instant communication has transformed the way that we express our disagreements—and not always in a good way.

The passing of another week simply means another controversy is brewing somewhere in the theological blogosphere. Since the Great COVID-19 Quarantine began, we have seen new debates emerge over:

Many of these discussions have been very helpful, others less so. Some bloggers and social media users often cross the line from helpful pushback and constructive criticism to mean-spirited attacks on character and personalities.

Even though we live in a “post-Christian” Western culture, some people are more theologically engaged than ever, largely thanks to the accessibility of theological conversation through technology. Never in the history of the church have our theological disputes been so public. The Reformation may have put the Bible in the hands of every individual, but the digital age has given everyone with internet access and an opinion an open platform to dispute doctrine. In a track parallel to what we see happening in partisan politics on the internet, we have seen the emergence of a new, combative subculture in theological Twitter and Facebook. Most people in our pews live their lives unaware of this subculture, but for many who are in it, it is a high stakes game of eternal consequence.

Not all theological disagreements and disputes are inherently bad things. In fact, it is through healthy disagreement and correction that we learn and grow. It is true that “iron sharpens iron, and one man sharpens another” (Prov. 27:17), but disagreements battled in the flesh result in “strife, jealousy, fits of anger, rivalries, dissensions, [and] divisions” (Gal. 5:20). Social media isn’t inherently evil either, but it tends to exacerbate the worst qualities of human beings. Social media can provide broader access to theological discussions, but it can also result in a lot of theological conversation done in the flesh, without prayer and genuine concern for our interlocutors. 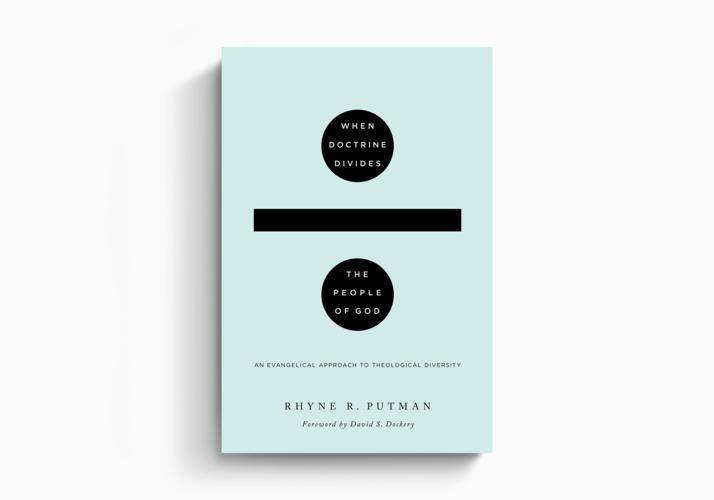 Social media may have connected more human beings to one another than any other moment in human history, but it has also robbed us of quality in our relationships. Even with all this ability to communicate, we still gravitate toward echo chambers that protect us from the risks of having open dialogue. We love protecting our tribes, our labels, and the reassuring safety that comes in numbers. Anyone who challenges us is one click away from being unfollowed or blocked.

We dehumanize theological debates when we only think of people as their ideas. It is easy to get in a comment thread and play trench warfare, lobbing conceptual grenades at others without ever taking a moment to know and understand them as persons or having concern over how they may feel about what you say. When we engage in debates like this, we have forgotten that these social media accounts represent real people made in the image of God, deserving of basic human dignity.

Whenever possible, we should make conscious efforts to forge or foster actual relationships with those with whom we disagree. In the years leading up to the Marburg Colloquy of 1529, Martin Luther and Ulrich Zwingli published a series of hostile pamphlets and books in their debate over the nature of the Lord’s Supper. Though meeting in person didn’t change their minds, their meeting did bring a little humanity to their dispute. As the Lutheran scholar Hermann Sasse noted, “Men who had known one another from writings only—and polemical ones at that—had now become personally acquainted: all this helped remove old prejudices.”1 Without actual human interaction, Luther and Zwingli would have had even more deficient understandings of their respective positions.

When Luke introduces Apollos in Acts 18, he describes him as “an eloquent man, competent in the Scriptures” (Acts 18:24). He is commended for his training in the Scriptures, his fervent spirit, and his teaching ability (Acts 18:25). But Luke also comments that “when Priscilla and Aquila heard him, they took him aside and explained to him the way of God more accurately” (Acts 18:26). Apollos was apparently in need of gentle correction, which he received privately from those who loved him enough to do so.

Though stronger correction and rebuke are sometimes necessary, many unfortunately skip straight to this step without love or gentleness, and certainly without practicing charity or trying to really understand a person’s position in the best possible light. Sasse describes this principle as a matter of personal holiness: “Pride and self-glorification, lack of love and humility, failure to understand the other side’s point of view, and acrimonious speech are some of the sins that threaten the souls of those who have to fight doctrinal controversies. There are sins and dangers in orthodoxy that the world sees with greater clarity than we theologians do, and in many cases the judgment of God on the orthodox defender of the faith may be far more severe than his verdict on the erring soul of a heretic.”2

Theological debates have changed in an era of universal, instant communication. Professional and armchair theologians do not have to wait to engage with those whom they disagree. They can write public responses to one another on the day their disagreements begin. Unfortunately, this often means confirming their own biases or offering half-baked responses with little time for critical thought or research.

We should be slow to debate and quick to listen. Not every controversy demands our public response.

Russell Moore notices that for many young theologians, blogging and social media are ways of working out their burgeoning theological schemas. “They are trying to sort out their beliefs,” Moore remarked, “but they don’t realize they’re not playing a video game; they are dealing with real people and real onlookers.”3

We should be slow to debate and quick to listen. Not every controversy demands our public response. James’s exhortation that “every person be quick to hear, slow to speak, slow to anger” (James 1:19) applies to theological disagreements as well. This proverb is also applicable: “A hot-tempered man stirs up strife, but he who is slow to anger quiets contention” (Prov. 15:18).

Rather than rushing to refute every theological misstep, we must exercise patience and grace toward those who disagree with us. As John Frame notes, some degree of tolerance is a necessary corollary of the biblical observation “that each believer is subject to growth in his understanding.”4 We bear with one another, even in our differences. In his extended discussion on church unity, Paul encourages the Ephesian Christians to “walk in a manner worthy of the calling . . . with patience, bearing with one another in love” (Eph. 4:1–2).

We live in a moment in time when anyone with a cell phone camera can become a YouTube celebrity making millions off their image and brand. For better or worse, a person can also gain notoriety through broadcasting his or her theological musings on the internet. Some “discernment” bloggers and theological shock jocks raise their “click counts” and podcast rankings with sensational headlines and unfounded accusations of heresy.

The fourth-century Cappadocian father Gregory of Nazianzus warns against turning theology into a spectator sport used for personal glory: “They have undermined every approach to true religion by their complete obsession with setting and solving conundrums. They are like the promoters of wrestling-bouts in the theaters, and not even the sort of bouts that are conducted in accordance with the rules of the sport and lead to the victory of one of the antagonists, but the sort which are stage-managed to give the uncritical spectators visual sensations and compel their applause.”5

Sensationalists may gain likes, re-tweets, and “followers,” but they already have their reward in full. Paul warned us about those who have an “unhealthy craving for controversy and for quarrels about words” (1 Tim. 6:4). For this reason, we must be discerning (no pun intended) about which voices manifest the fruit of the spirit in their theological disagreements and those which appear to be working from the flesh.

Ultimately, we must remember the unbelieving world is watching. Behavior unbecoming of Christians can adversely impact the proclamation of the gospel to the unbelieving world. For this reason, Jesus repeatedly emphasized the need for his followers to love one another in their public witness to the world (John 13:35; John 17:21; John 23). With the same spirit, Paul discouraged law court disputes between Christians because of the impact it had on the unbelieving public (1 Cor. 6:1–6). A spirit of irenicism should permeate our debates and disagreements, especially in a post-Christian context in which faithful believers are becoming a minority.

Rhyne Putman is the author of When Doctrine Divides the People of God: An Evangelical Approach to Theological Diversity.

5 Ways to Ensure Our Souls Aren’t Strangled by Screens

The biggest deception of our digital age may be the lie that says we can be omnicompetent, omni-informed, and omnipresent.

Why Is Doctrine So Important?

Doctrine is a body of teaching. Christian doctrine is the teaching found in the Bible—about who God is, who we are, and why the world exists.

12 Ways Your Phone Is Changing You
Tony Reinke
Crossway is a not-for-profit Christian ministry that exists solely for the purpose of proclaiming the gospel through publishing gospel-centered, Bible-centered content. Learn more or donate today at crossway.org/about.