Martin Luther said he had three masters, and he got them out of Psalm 119. He said that the first master (in Latin) is meditatio. This is meditation or reflection on Scripture, taking words to heart, wrestling with who God is and what he says in relation to who you are. All these things are obviously full-force in Psalm 119, which says something about the Word of God in every verse.

Luther says that suffering is the touchstone. It’s the thing that proves our faith to be real and proves God to be real.

The second master is prayer, or in Latin, oratio. In Psalm 119, there are probably seventy or eighty direct, pithy, pungent requests like Lord, don’t forsake me. Lord, make me understand this. Lord, awaken me. Lord, incline my heart. Lord don’t let me . . . There’s a passionate cry—out of need—for God to intervene that grows out of a reflection on Scripture.

Interestingly, Luther’s third master is affliction, and it’s another underestimated thing in Psalm 119. Affliction appears almost everywhere: the sense of darkness, the sense of threat, the sense of pain.

The Value of Affliction

The author goes so far as to say It was good that I was afflicted that I might learn to keep your Word. The psalm is notorious for being difficult to find a larger structure. It just seems like the only structure is A to Z, and because it’s in Hebrew letters, it means nothing to us.

But, there is a structure that relates to suffering, where the last line of the first section besieges God not to forsake. The last line of the whole psalm (the twenty-second section) besieges God not to forsake. It’s typical for something significant to happen in the middle of Hebrew poetry. Dead center in the psalm there is a reflection on heartache, disappointment, and pain. It’s one of the few areas where many of the consecutive verses are all on the same theme.

God's Grace in Your Suffering

Exploring the biblical truths found in each stanza of the classic hymn “How Firm a Foundation,” David Powlison invites us to see God’s perspective on and purpose for our suffering.

I was a Christian, but part of the “getting it” of what it means to be a follower of the Lord who walked the road of death, suffering, betrayal, and humiliation and came out into resurrection and life is that you have to walk, take up his cross, and follow him.

It is actually the way that we learn the most profound and the best lessons that we could ever learn. It’s where faith, love, and joy are most profoundly formed.

10 Things You Should Know about Suffering

Suffering is not outside of God's control and he has a purpose for it.

Why I Believe God Is Sovereign over Suffering

Scripture is not silent when it comes to the question of God's sovereignty in our suffering.

What Should I Do When I'm Bearing Unbearable Suffering?

In the midst of pain and suffering, we must preach truth to ourselves rather than listening to the lies in our own heads. 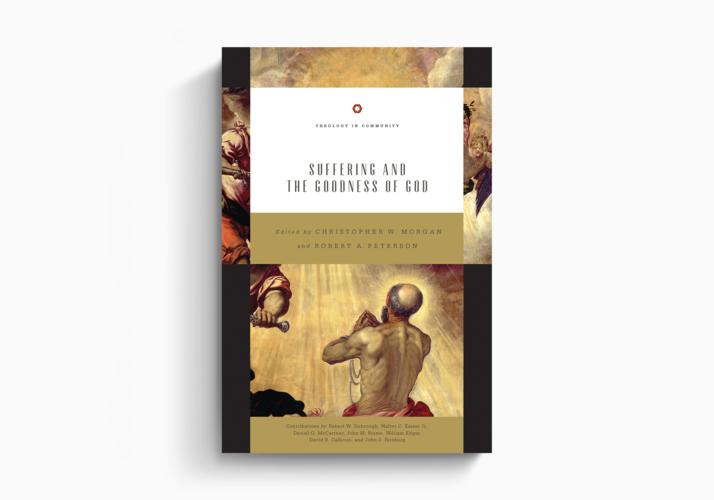 Suffering and the Goodness of God
Christopher W. Morgan, Robert A. Peterson
Redesign