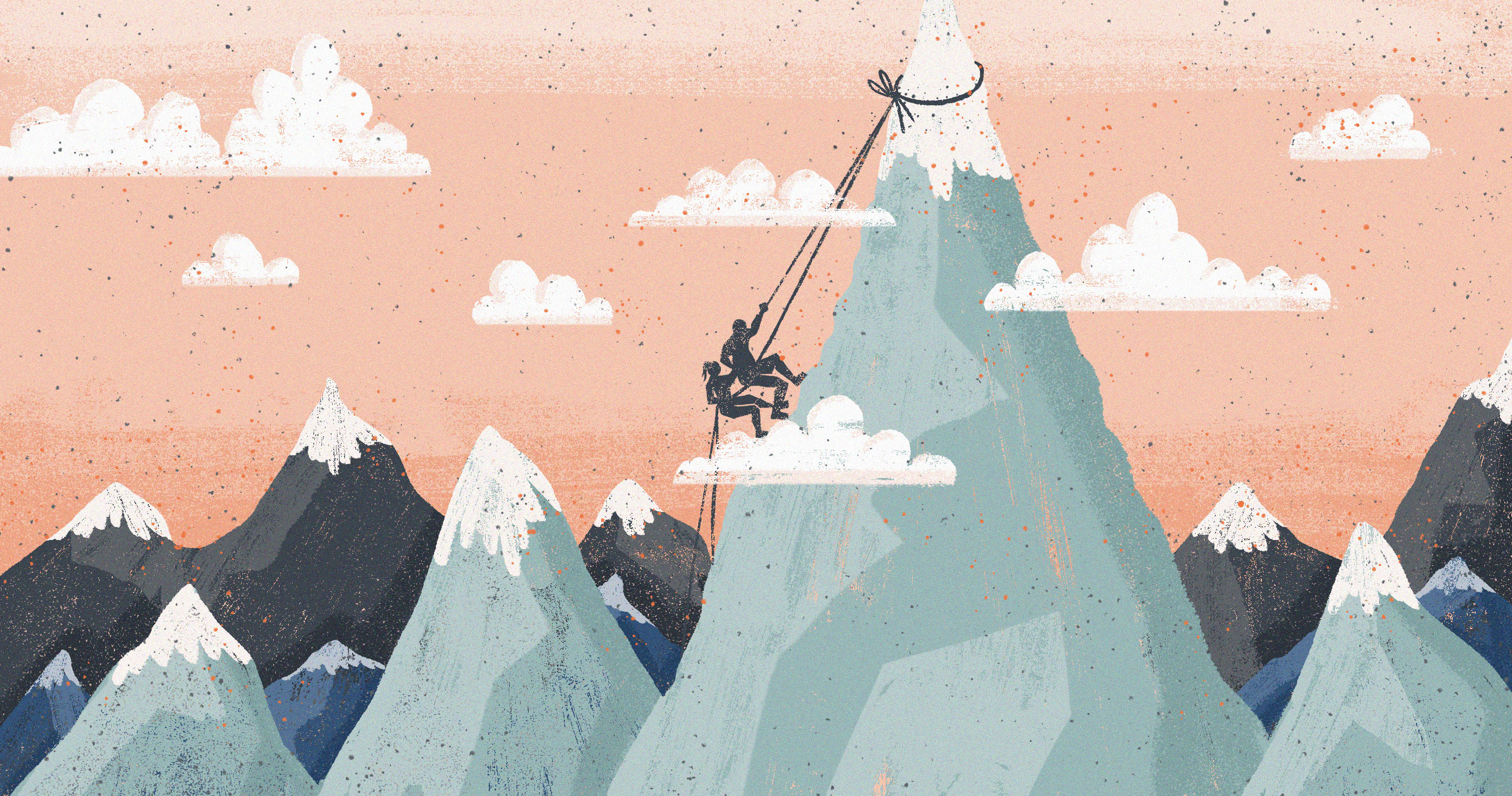 Many seek deeper fulfillment in marriage. What could be more encouraging than the union of two people whose lives intermingle in a symphony of mutual support, whose destinies run together in a rainbow of shared dreams, whose vows cement an indissoluble bond of tenderness and compassion? Marriage! It may be the most celebrated event of human experience.

No wonder we revel in the wedding. It serves as a base camp from which lovers make an ascent on a peak so grand it takes a lifetime to discover its many wonders. It marks the beginning of a relationship which, more than perhaps any other in life, holds out promise of enduring happiness. From the moment of dramatic fusion on the honeymoon to the settled unity of confidants on the golden anniversary, the marital partnership will produce life’s most satisfying moments.

But here we encounter a painful irony. The wedding, which is intended to inaugurate the first of many steps along the path of marital bliss, often represents the high point of the marriage relationship. Once the ceremony is over, rather than advance to higher slopes of marital contentment, couples frequently begin a slow and inexorable slide into disappointment and mediocrity.

We all know that one of the greatest social scourges of our day is the failure of marriages, and not just marriages that collapse in separation and divorce, but also those which, while remaining “intact,” become severely strained and emotionally scarred. One recent study reveals that nine out of ten marriages are “filled with dissatisfaction in every dimension of the relationship.”1 Nor is this just a modern malady. Marital unhappiness has been a blemish on every age. Martin Luther, the great sixteenth-century Christian Reformer whose own marriage became a model for generations of German partnerships, commented on the absence of good marriages in his day: “When I see a husband and a wife who are at one, I am as glad as if I were in a garden of roses. It is rare.”2

How can a union which begins so promisingly become mired in the quicksands of indifference and despair? It is enough to cause the cynical among us to ask whether marriage is just a cruel trick, luring us with the promise of golden peaks to be conquered but concealing the very real danger of breakup on the rocks below. It ought to give us pause. It ought to prompt us to evaluate soberly the very desirability of marriage. If matrimony is more likely to blight than to bless, ought not we to be extremely careful before embarking on such a union?

Remarkably, few show such restraint. Modern sociologists report that marriage—or the increasingly popular practice of cohabitation—is enjoying a resurgence in the popular mind. Even those who have good reason to mistrust marriage, those who have suffered the pangs of a failed first marriage or who have grown up in homes crippled by indifference or animosity between parents, still aspire “to tie the knot.” How can this be, especially when experience ought to discourage such a union?

There can be only one answer. We are romantics at heart. We cling to the notion that marriage can be satisfying. We refuse to believe that the relationship between a man and a woman is bound to fail. We nurture the ideal, rooted deeply in our subconsciouses, that great rewards await couples who are in love.

The Path to the Marital Summit

But what happens when the initial spark of romance begins to fade, when the unbridled joy of the wedding is insufficient to propel a husband and a wife to the heights of lasting love, when the shared experiences of intimate companionship, sexual union, and raising children fail to elevate two lovers to the summit of marital fulfillment—what then do we say to the couple whose lofty hopes seem to have peaked at the altar?

We say with great emphasis and unstinting confidence: “Your hopes of an enduring union are not futile!” “Your vision of marital fulfillment is not a deception!” “Your dreams of an increasingly intimate bond are not beyond the realm of possibility!” “Marriage can be rewarding!” But—and here is a crucial qualification—such lofty ideals are by no means automatically realized. Husbands and wives must exercise vigilance. They must be committed to work for this prize. In particular, they must cling tenaciously to the one piece of equipment that guarantees a safe ascent to the marital summit. They must fasten themselves to the rope that binds them together as one.

And what is that rope?

It is the glory of God!

Husbands and wives must exercise vigilance. They must be committed to work for this prize.

When husbands and wives cling firmly to the lifeline of God’s glory and do so with a resolve appropriate to the importance of their joint expedition, the unbridled optimism of the wedding will be confirmed a hundred times over by an upward ascent that surpasses even their loftiest expectations. Their marriage can become a living miracle—a relationship grounded on earth but filled with the glory of heaven!

The nature of the divine glory can sustain a marriage. We can marvel at its multifaceted radiance and rejoice at the very down-to-earth assistance it affords husbands and wives. Partners in marriage, when they resolve to march in lockstep with the glory of God, are rescued from pitfalls and hoisted to awe-inspiring heights.

May our hearts—the hearts of men and women in love—yearn for nothing less than the binding power of God’s glory!

This article is adapted from No Ordinary Marriage: Together for God’s Glory by Tim Savage.

9 Passages to Read about Marriage

Scripture speaks to how husbands and wives should honor and love one another for the good of each other and the glory of God.

Parenting Is a Holy Vocation

God joins together the family to share the work of providing daily bread, protection, guidance, and instruction.