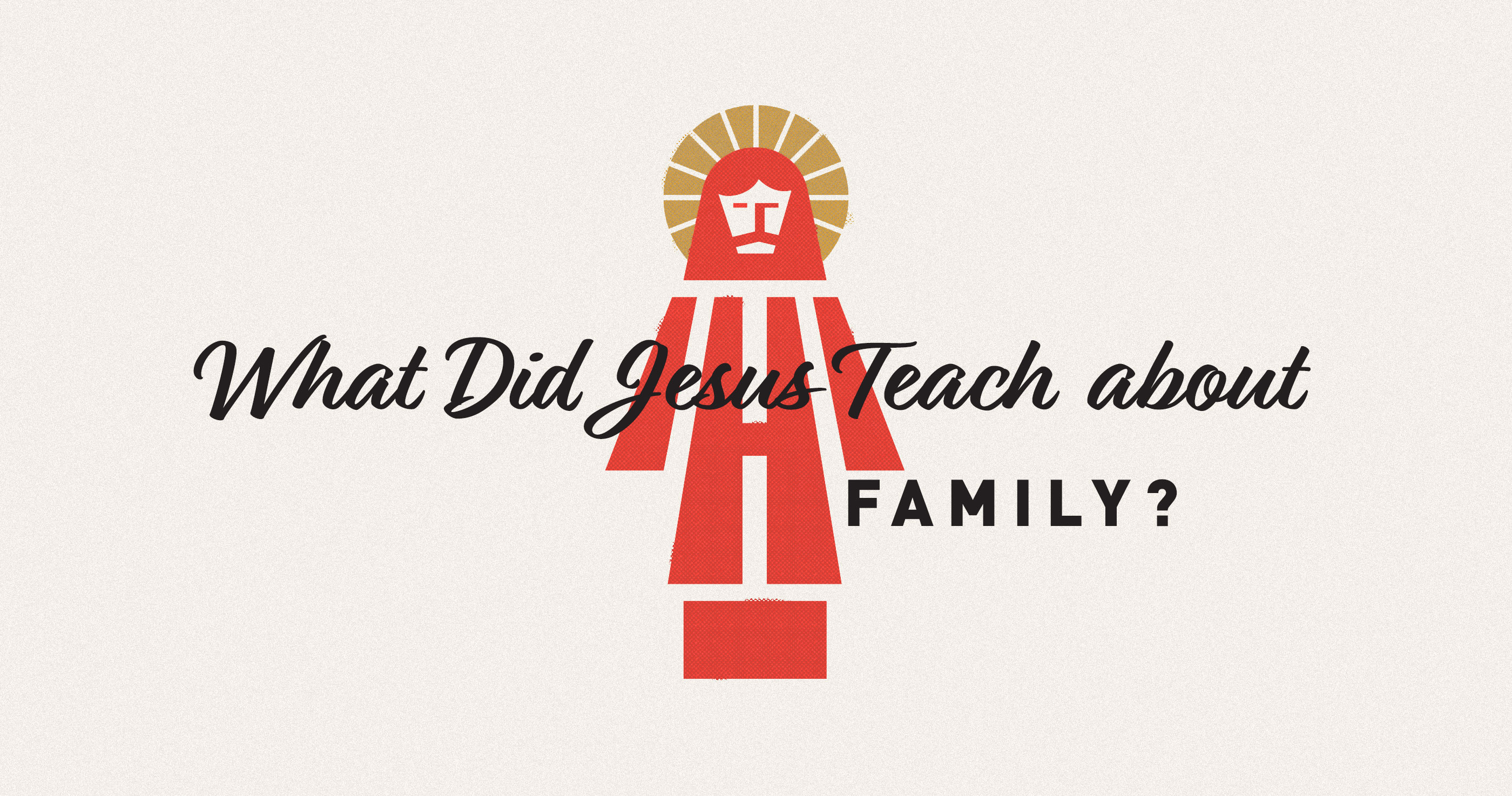 A Call to Forsake

While Jesus affirmed marriage and blessed children, he conceived of the community of believers in familial terms transcending those of people’s natural relations.1 This is one of the most striking, distinctive, and central aspects of Jesus’s call to discipleship.2 In Jesus’s own words, “If anyone comes to me and does not hate his own father and mother and wife and children and brothers and sisters, yes, and even his own life, he cannot be my disciple.”3 In keeping with Old Testament prediction, Jesus came not to bring peace but a sword, “to set a man against his father, and a daughter against her mother, and a daughter-in-law against her mother-in-law. And a person’s enemies will be those of his own household” (Matt. 10:34–36).

In his personal experience, Jesus knew spiritual rejection even within his natural family (Mark 3:21; 6:1–6; John 7:1–9) and asserted that his primary loyalty and that of his followers must be to God the Father (Luke 2:49; Mark 3:31–35). Leaving one’s natural family behind, even literally, was regularly expected of Jesus’s first followers, at least for the duration of Jesus’s three-year earthly ministry (though it appears that subsequently the disciples resumed normal family relations, 1 Cor. 9:5). This is made clear by what is perhaps the earliest account of Jesus’s calling of his disciples in Mark’s Gospel, where Jesus calls Simon, his brother Andrew, and the sons of Zebedee, and these fishermen leave their natural vocation and family contexts in order to follow Jesus (Mark 1:16–20 par. Matt. 4:18–22; cf. Luke 5:2–11).

This updated edition of Köstenberger and Jones's landmark work tackles the latest debates and cultural challenges to God's plan for marriage and the family and urges a return to a biblical foundation.

Those who resist Jesus’s call to discipleship are frequently unwilling to forsake their natural ties in favor of total allegiance to Jesus. Luke records a series of three such memorable instances, where would-be disciples of Jesus are unwilling to follow him unconditionally and are turned back, being told, respectively, that “Foxes have holes and birds of the air have nests, but the Son of Man has no place to lay his head”; “Let the dead bury their own dead, but you go and proclaim the kingdom of God”; and “No one who puts his hand to the plow and looks back is fit for service in the kingdom of God” (Luke 9:58, 60, 62 NIV; cf. Matt. 8:19–22).

All three of the Synoptic Gospels also record a rich young man’s unwillingness to part with his wealth in order to follow Jesus, setting his refusal in contrast to the disciples’ unconditional commitment to their Master (Mark 10:17–31 pars. Matt. 19:16–30; Luke 18:18–30). Upon Peter’s remark that he and his fellow disciples have left everything to follow him, Jesus responds with the promise that there is “no one who has left house or brothers or sisters or mother or father or children or lands, for my sake and for the gospel, who will not receive a hundredfold now in this time, houses and brothers and sisters and mothers and children and lands, with persecutions, and in the age to come eternal life” (Mark 10:29–31 and pars.).

Jesus himself set the example by repeatedly renouncing his own natural family ties where they potentially stood in conflict with higher spiritual loyalties.4 Thus, the twelve-year-old Jesus responded to his parents’ anguished concern, “Why were you looking for me? Did you not know that I must be in my Father’s house?” (Luke 2:49). Later, Jesus rebukes first his mother and then his brothers for failing to understand the divine timing underlying his ministry (John 2:4; 7:6–8).

Again, he refused to be drawn back into the confines of his natural relations when his concerned family went to take charge of him, fearing that the strains of his busy ministry had caused him to lose his mind. When told that his family was waiting for him outside, he queried in a dramatic gesture, “Who are my mother and my brothers?” Answering his own question, he looked at those seated in a circle around him and issued the weighty pronouncement, “Here are my mother and my brothers! For whoever does the will of God, he is my brother and sister and mother” (Mark 3:31–35 and pars.; see also Mark 3:20–21). In due course, it appears that Jesus’s mother and (at least some of) his brothers indeed acknowledged that they, too, must subordinate their familial claims to allegiance to Jesus as their Savior and Lord (e.g., Acts 1:14; but see already Luke 1:46–47).5

The Larger Context of Kinship

Examples could be multiplied (cf. Luke 11:27–28; John 19:26–27), but the implications of Jesus’s teaching on discipleship are clear. Rather than preaching a gospel urging believers to make marriage and family6 their ultimate priority—though obviously these have a vital place in God’s purposes for humanity—Jesus placed natural kinship ties in the larger context of the kingdom of God.7 Thus, while Jesus affirmed natural relations, such as the divine institution of marriage and the need to honor one’s parents (Mark 10:8–9, 19 par.), he acknowledged the higher calling of discipleship. One’s commitment to truth may lead to division, not peace, in one’s natural family (Matt. 10:34), and in this case following Jesus must take precedence (Luke 9:57–62).8

While Jesus placed people’s obligations within the larger framework of God’s kingdom,9 however, this should not be taken to imply that Christians are to neglect their family responsibilities. As Paul would later write, “But if anyone does not provide for his relatives, and especially for members of his household, he has denied the faith and is worse than an unbeliever” (1 Tim. 5:8). Clearly, Jesus’s physical presence on this earth and his three-year public ministry necessitated unconditional physical following of the Master in a unique way. At the same time, the spiritual principle that following Jesus ought to be every Christian’s first priority continues to apply, and where this brings an individual into conflict with his or her natural family obligations, he or she must first seek God’s kingdom and his righteousness (Matt. 6:33).

Notes:
1. Note that Hugenberger sees this as evidence that marriage is a covenant; see Gordon P. Hugenberger, Marriage as a Covenant: Biblical Law and Ethics as Developed from Malachi (Grand Rapids: Baker, 1998), 176–81. For some interesting background material see Joseph H. Hellerman, The Ancient Church as Family (Minneapolis: Fortress, 2001).
2. Note the conclusion by Stephen C. Barton, Discipleship and Family Ties in Mark and Matthew (Cambridge: Cambridge University Press, 1994), 56, that there is “strong precedent for the apparent ‘hostility’ to family in the context of discipleship of Jesus found in the gospels,” pointing to Judaism from the story of Abraham onwards, the renunciation of family life at Qumran (as idealized by Philo and Josephus), and the communities of “Therapeutae” (Philo). But see the perceptive review and critique by John Barclay in Studies in Christian Ethics 9, no. 1 (1996): 47–50.
3. Luke 14:26; cf. Matt. 10:37: “loves father or mother/son or daughter more than me.”
4. Cf. the creative and suggestive treatment by Cynthia Long Westfall, “Family in the Gospels and Acts,” in Family in the Bible, ed. Richard S. Hess and M. Daniel Carroll R. (Grand Rapids: Baker, 2003), 125–47, who discusses Jesus’ family ties under the rubrics “Mary the Unwed Mother,” “Joseph the Stepfather,” “Jesus the Illegitimate Son,” and “The Displacement of Jesus’ Family” and whose entire essay focuses almost exclusively on Jesus’ own identity and experience in his earthly family.
5. Francis’s calling (in an otherwise excellent article) Acts 1:14 “a reaffirmation of family ties” strikes us as rather curious. James Francis, “Children and Childhood in the New Testament,” 81. 6. Cf. Rodney Clapp, Families at the Crossroads: Beyond Traditional and Modern Options (Leicester; Downers Grove: InterVarsity, 1993); and the critique in Stephen C. Barton, “Biblical Hermeneutics and the Family,” Family in Theological Perspective, 10–16; as well as Nicholas Peter Harvey, “Christianity against and for the Family,” Studies in Christian Ethics 9, no. 1 (1996): 34–39; and the response by Linda Woodhead in ibid., 40–46.
7. Cf. Barton, Discipleship and Family Ties.
8. Cf. Stephen C. Barton, “Family,” Dictionary of Jesus and the Gospels, ed. Joel B. Green, Scot McKnight, and I. Howard Marshall (Downers Grove: InterVarsity, 1992), 226–29.
9. Though Westfall, “Family in the Gospels and Acts,” 146, may erect perhaps a bit too sharp a dichotomy when she writes, “However, Jesus did not intend the family to be the most important institution on earth or the central unit of a Christian’s identity and purpose.”

This article is adapted from God, Marriage, and Family: Rebuilding the Biblical Foundation by Andreas J. Köstenberger and David W. Jones.

David W. Jones serves as professor of Christian ethics, director of the ThM program, and associate dean for graduate program administration at Southeastern Baptist Theological Seminary. Jones is also the author of more than a dozen articles that have appeared in various academic publications and a frequent speaker at churches, ministries, and Christian conferences. He currently resides near Raleigh, North Carolina, with his wife and five children. 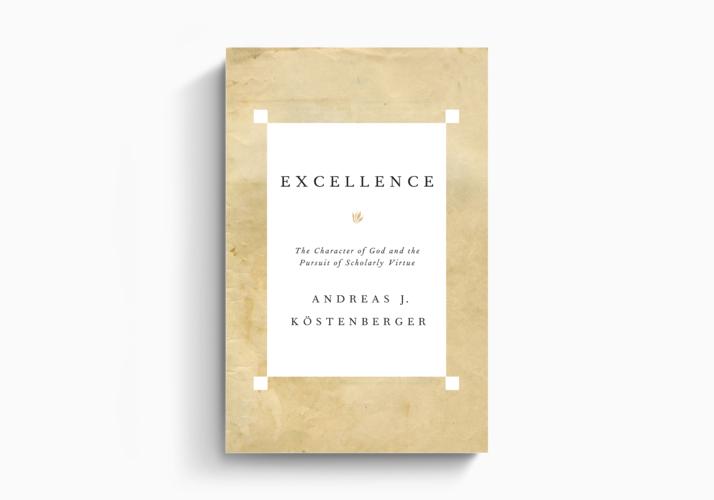 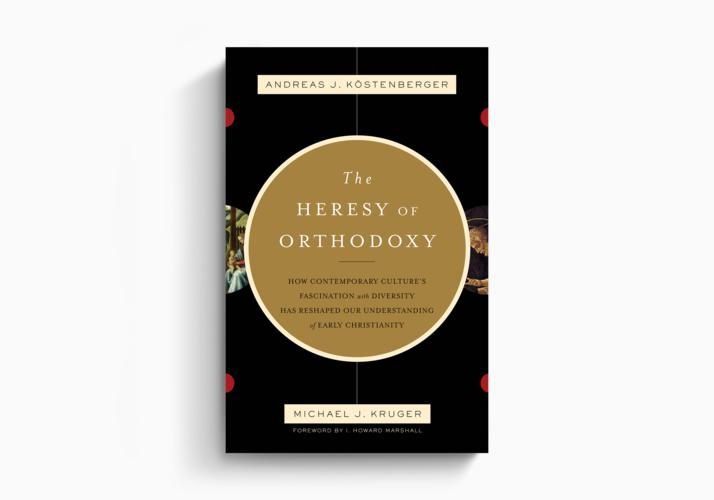 The Heresy of Orthodoxy
Andreas J. Köstenberger, Michael J. Kruger
Crossway is a not-for-profit Christian ministry that exists solely for the purpose of proclaiming the gospel through publishing gospel-centered, Bible-centered content. Learn more or donate today at crossway.org/about.