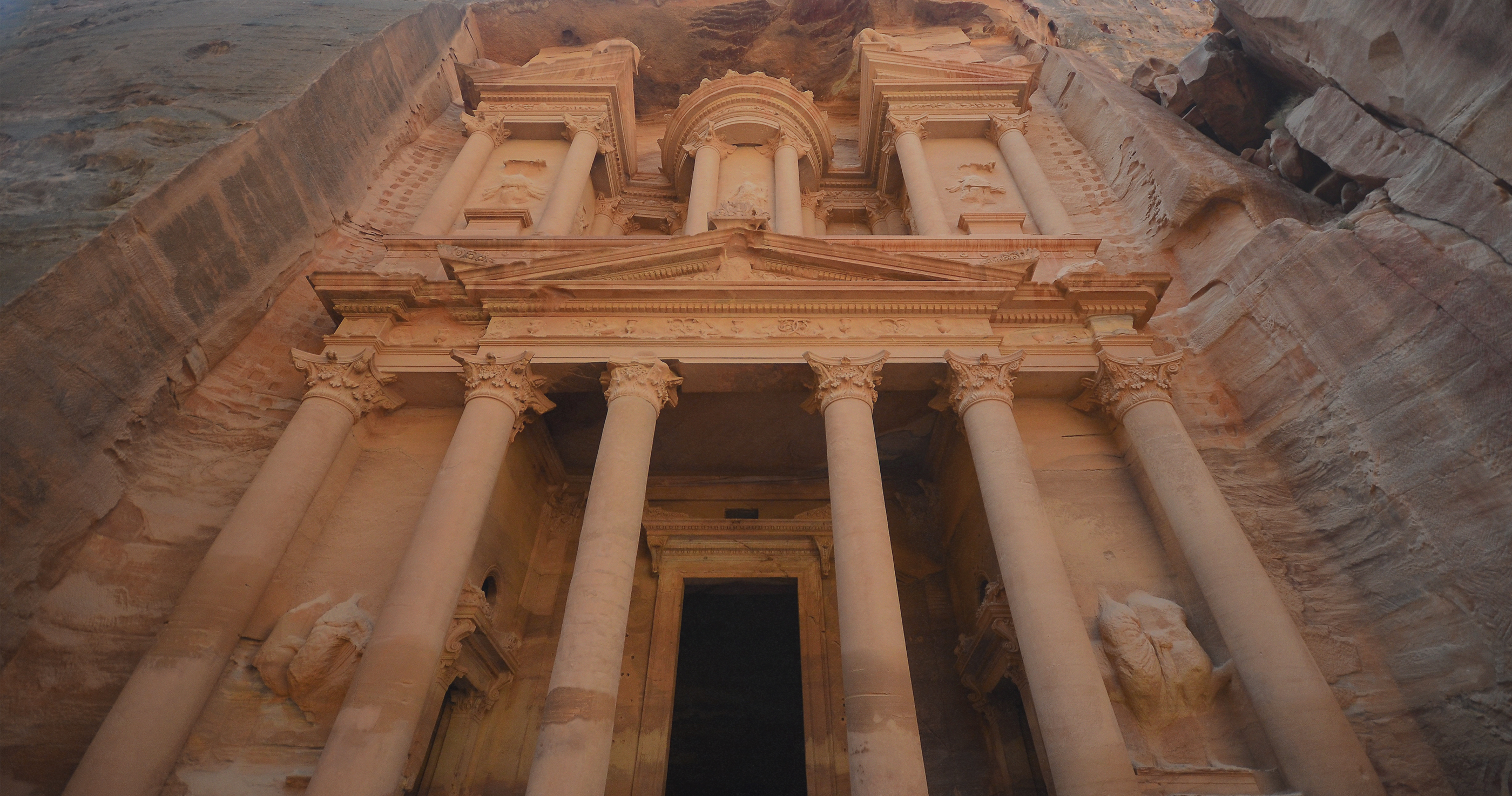 How Archaeology and Preaching Collide

In addition to my seminary teaching, I was a Senior Pastor of a church for seven years, and I often preached both morning and evening, and now I serve as a Pastor of Preaching and Teaching at another church. I am often asked, how do I use my academic training and work in archaeology in my preaching? Do I use that material at all? The two fields of preaching and archaeology seem to be strange bedfellows. Many people do not commonly think of the two of them together. At best, they are seen as tangential. Is there a connection? Do the two relate? Does archaeology have any role in preaching? What is their point of intersection?

The most basic form of knowledge is definition, thus our comments begin at this point. What is preaching? Phillips Brooks gave a famous definition of preaching in his Yale Lectures of 1877, in which he said, “Preaching is the communication of truth by man to men.” This is fine as far as it goes, but it is rather vague and not really helpful for our purposes. A better working definition of preaching is provided by Haddon Robinson: “Expository preaching is the communication of a biblical concept, derived from and transmitted through a historical, grammatical, and literary study of a passage in its context, which the Holy Spirit first applies to the personality and experience of the preacher, then through the preacher, applies to the hearers."1 The very heart of preaching, therefore, is the proper understanding of the Word of God and then its application to the church and the world. In brief, preaching relays to people the context, content, and consequence of a biblical passage.

Within this working definition, archaeology is not central to preaching, but it can play an informative role primarily in the areas of context and content. It is one of the sources that ought to be used to gather information about a particular text that is being preached. Other disciplines are also to be brought into the study: geography, linguistics, history, economics, politics, and so forth. Archaeology can serve to illuminate a text, that is, to help fill in the picture given by the Bible. It can enlighten us regarding the material aspects of daily life and can help us to understand how people lived in ancient times. It illustrates for us the type of pottery they used, the coinage that was used, the type of houses they built, and so much more. Archaeology can also help us to see the broader historical contexts of the Bible, and how the biblical story fits into the overall picture of ancient Near Eastern history.

Archaeology provides an earthiness to Scripture, and it helps to anchor the texts in the realia, that is, real and everyday life.

The Wall of Jericho

A good example of the role of archaeology in informing a biblical text is a study of the story of Rahab hiding the Israelite spies at Jericho in Joshua 2 which took place in the early Iron I period. In verse 6 of that chapter, we read that Rahab had brought the spies “up to the roof and hid them with the stalks of flax that she had laid in order on the roof.”

Archaeologists have uncovered numerous domestic dwellings from the Late Bronze Age with staircases that lead to a second floor or a roof. And just like today in numerous Arab villages in Israel, the roof in ancient times was used for sleeping (employing arish, shade canopies) or for drying and storing foods. This helps us see that Rahab having stalks on her roof was a common thing, and it would have not raised any suspicions from authorities. It would have been a perfect place to hide the Israelite spies, and thus they went undetected.

Verse 15 of that chapter describes the spies’ escape from Jericho in the context of Rahab’s living situation, saying, “she let them down by a rope through the window, for her house was built into the city wall so that she lived in the wall.” The configuration of city walls that surrounded ancient cities often varied from period to period. During the Late Bronze Age, in which the Canaanites dominated the settlement of the land, thick defensive city walls were common.

However, we also know that a different type of outer wall system, called casemate, had been introduced into Canaan as early as the Middle Bronze IIC period. A casemate wall was formed of two parallel walls surrounding the site with periodic perpendicular walls creating rooms in which people could live. A well-developed casemate wall system has been found during the Late Bronze Age at Tell Zera’a in Jordan, and at several Iron I Age sites in Israel, such as Tell el-Umeiri and Khirbet ed-Dawwara. Thus, it seems likely that Rahab did indeed live “in the wall” of the city of Jericho.

Another example in which archaeology can shed light on a text is in the book of Ruth. In chapter 4:1, we witness Boaz leaving the threshing floor after his meeting with Ruth, and he goes to “the gate” of the town of Bethlehem and sits down there. Why does he do that? In ancient times, this was the place where legal proceedings occurred, and they were overseen by the elders of the city at the gate. The elders met here because it was the center of activity in the town, and often the main town square was located directly next to the gate. Here the elders would also sit and receive first-hand news coming from other towns, and they would meet traders with goods who came from other places. Excavations of some gateways in Iron Age Israel confirm this activity: a number of gateways, such as at the sites of Megiddo and Gezer, have built-in benches where the elders would sit in judgment. Boaz takes a sitting position in the gate of Bethlehem perhaps because he was an elder and because of the impending judicial case.

There is a myriad of examples in which archaeology illumines a biblical text for preaching, and it helps to make the text come to life. In 2 Chronicles 32:1–3 and 30, we read about the threat of Assyrian invasion against Jerusalem, and how the Judean king Hezekiah responded. He built a new water system for Jerusalem in the form of a tunnel that brought water directly from the Gihon Spring, which lay outside the city, to the Pool of Siloam inside the city walls. Hezekiah’s tunnel has been discovered. In fact, about 20 feet from the Pool of Siloam a Hebrew inscription was found that describes the meeting of two cutting teams as they were about to finish the tunnel. It comes from the time of Hezekiah and was likely carved by one of the cutters. It reads,

[ . . . when] (the tunnel) was driven through. And this was the way in which it was cut through: -- While [ . . . ] (were) still [ . . . ] axe(s), each man toward his fellow, and while there were still three cubits to be cut through, [there was heard] the voice of a man calling to his fellow, for there was an overlap in the rock on the right [and on the left]. And when the tunnel was driven through, the quarrymen hewed (the rock), each man toward his fellow, axe against axe; and the water flowed from the spring toward the reservoir for 1,200 cubits, and the height of the rock above the head(s) of the quarrymen was 100 cubits.2 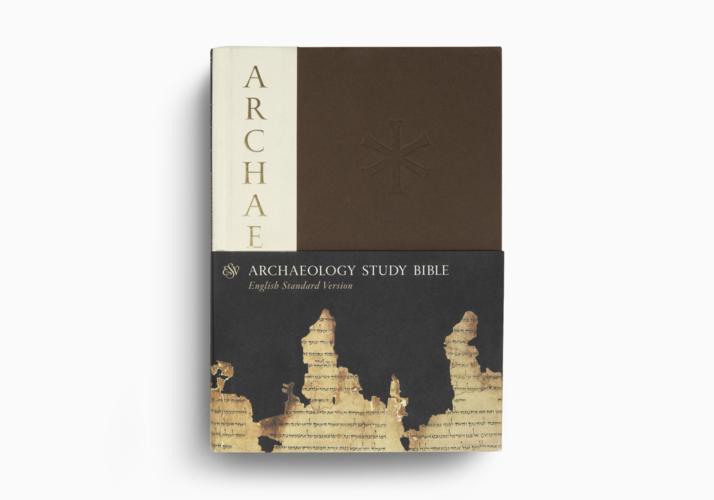 The ESV Archaeology Study Bible roots the biblical text in its historical and cultural context, giving Bible readers a framework for better understanding the people, places, and events recorded in Scripture.

The Assyrian invasion of Judah took place in 701 BC under the leadership of Sennacherib. This historical event is described from the Assyrian point of view in the Prism of Sennacherib that dates to 689 BC. All of the archaeological finds mentioned help us to gain a deeper and richer understanding of the course of events at the time.

During the New Testament period, the apostle Paul wrote a number of letters to the church at Corinth, of which two have been preserved. In order for us today to understand many of the issues that Paul dealt with in those epistles, it is important for us to be aware of Corinth’s cultural climate in Paul’s day. Excavations of Corinth have revealed a city that was a den of idolatry. Archaeologists have uncovered a host of sanctuaries to the many gods of Greek legend. “Several shrines in the city were dedicated to Apollo (god of ritual purity), Asclepius (god of healing), Athena (war goddess), Poseidon (god of the sea), and numerous others. Archaeologists have uncovered a temple that served as the worship place of the Roman imperial cult during the time of Paul. Polytheism was so prominent that the streets and public squares of Corinth were lined with statues of gods. The concept of many gods was at the very fiber of Corinthian society.”3

Corinth was also infamous for its immorality. It was so well known for its worldly entertainment that Horace once commented, “It is not the privilege of every man to go to Corinth.” The picture we get of Corinth in Paul’s day is one of prolific and throbbing paganism. Immorality and polytheism colored everything in the city. The over-arching question for the emerging church in the city was how to face those things, and how to function in the midst of such a heathen environment.

In the final analysis, archaeology is an important supplement to preaching because it helps the person in the pew to see that the Bible is grounded in history. This is no small thing today since post-modernism dominates western society, and it is clearly ahistorical. History has little meaning to a large segment of western population, and so it is important for people to see that biblical events happened in time and space. These events are not mythic, mere folk-tales, or cute little Sunday school stories. Archaeology provides an earthiness to Scripture, and it helps to anchor the texts in the realia, that is, real and everyday life. Archaeology highlights the sitz im leben (“life setting”) of the narratives of Scripture.

This article is adapted from the ESV Archaeology Study Bible edited by Dr. John Currid and Dr. David Chapman.

John D. Currid (PhD, University of Chicago) is the Carl W. McMurray Professor of Old Testament at Reformed Theological Seminary. He is currently an adjunct faculty member at the Jerusalem Center for Biblical Studies in Jerusalem, Israel, and serves as project director of the Bethsaida Excavations Project in Israel (1995-present). He lectures and preaches worldwide.

While archaeological findings don’t prove the truth of Scripture, they do have the potential to enrich our understanding and draw us into the world of the biblical writers.

In this video with Drs. David Chapman and John Currid, editors of the ESV Archaeology Study Bible hear why archaeology isn't needed to prove the Bible true. 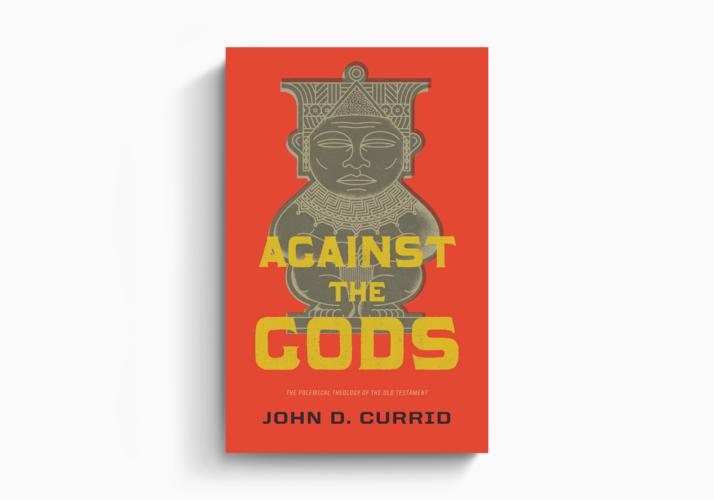 Against the Gods
John D. Currid 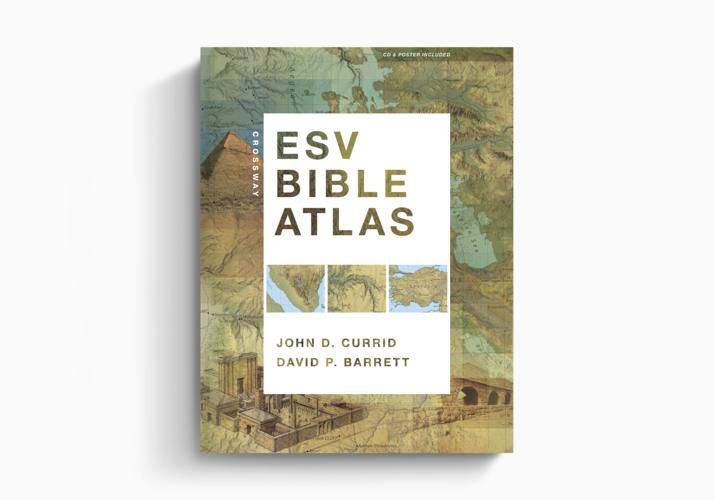