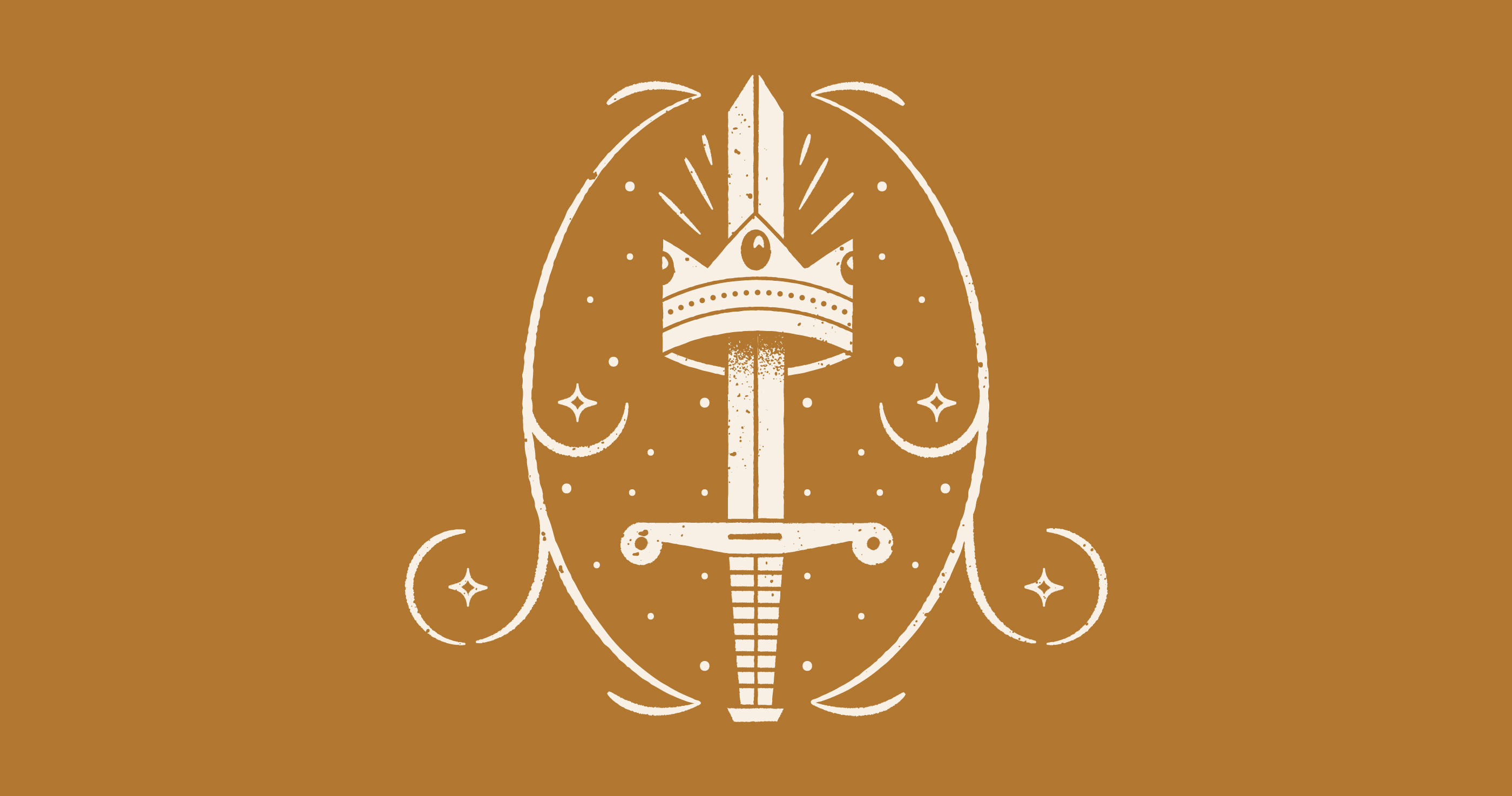 Kingship in the Bible

You could argue that the theme of kingship is the central theme in the story of the Bible, the one without which the others simply cannot cohere. The significance of the kingship theme is apparent even in the most common appellation given to Jesus in the New Testament: he is Jesus Christ, which is not (contrary to far too much common misunderstanding!) his last name, but rather his title. “Christ” is simply the Greek translation of the Hebrew word Messiah, which originally meant “anointed one” and could apply to anyone who was anointed with oil, but which eventually became a descriptor of the most central anointed one of all—the king. So “Jesus Christ” simply means (in a Rohan-sounding kind of way), “Jesus King.” That’s where the theme of kingship ends, glittering on the royal brow of the King of kings.

The Garden Needs a King 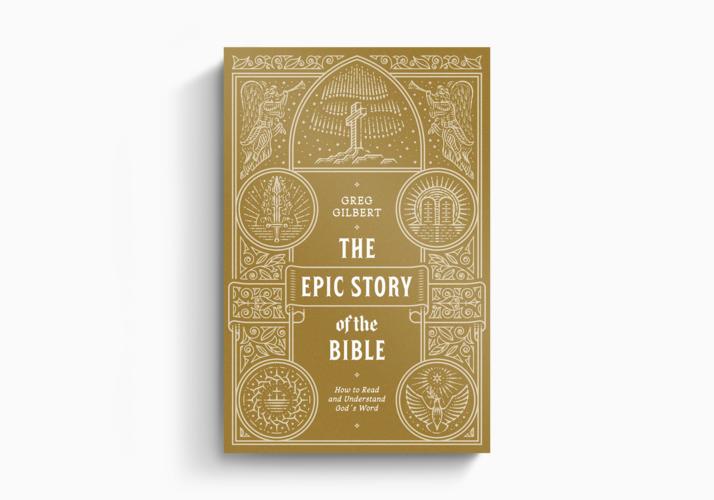 The Epic Story of the Bible

Adapted from the ESV Story of Redemption Bible, The Epic Story of the Bible teaches believers and nonbelievers alike how to read the word of God as a grand storyline that points to the saving work of Jesus Christ.

If you think about it, the work God was doing here was beautiful. He was building a structure of authority into his creation wherein Adam and Eve would rule over the rest of creation, Adam would exercise leadership in his relationship with Eve, and ruling over it all in high splendor would be the Creator himself, the Lord, the high King of the universe. It’s important to see here that although God gave Adam and Eve “dominion” over creation, their rule was not ultimate. If God was the high King, they were merely his vice-regents, and therefore their authority and dominion were derived; they were secondary; and they were therefore limited. That’s the meaning of the tree God set in the middle of the garden, and the reason he told Adam and Eve that they could not eat of its fruit. It was a reminder to them that there was a higher crown than their own, a higher ruler who could command and limit them.

That tree, though—called in Genesis 2 “the tree of the knowledge of good and evil”—had another purpose as well. The instructions God gave Adam when he placed him in Eden were to abad and shamar it—that is, to “work” it and “guard” it. That word shamar (“guard”), in particular, is critical for understanding Adam’s royal position and responsibility in the garden. As king in the garden, he was to protect it, to prevent anything impure or evil from entering it, and if it did, to judge the evil thing and cast it out. Besides being a reminder of the limits of his authority, the tree of the knowledge of good and evil was also a reminder to Adam of this responsibility to guard and protect from evil. “To know good and evil,” to discern the difference and judge between them, was a common way of describing the work of a king. In 2 Samuel 14:17, for example, a woman from the town of Tekoa comes to David for help, and explains why she came: “Your servant thought, ‘The word of my lord the king will set me at rest,’ for my lord the king is like the angel of God to discern good and evil. The Lord your God be with you!” Similarly, in 1 Kings 3:9 when Solomon is about to take the burdens of the kingship, he prays, “Give your servant therefore an understanding mind to govern your people, that I may discern between good and evil, for who is able to govern this your great people?”

What this means, then, is that the tree of the knowledge of good and evil wasn’t simply some magical plant that made a person all-knowing. It was, rather, something like “the tree where good and evil are discerned.” It was the judgment seat of King Adam. So it’s not coincidental that when Satan comes to Adam and Eve, he comes to them while they are seated under this particular tree. This is a time for Adam to exercise his kingship, and Eve her queenship—to recognize the evil that the serpent represents, to judge it, and to cast it out of the garden entirely. Far from doing that, though, Adam and Eve both followed the serpent’s lead in twisting their judgment and discernment so completely that they judged God to be the evil one, God to be in the wrong, and they joined the serpent in his rebellion. Essentially, in eating the fruit that God had forbidden them, Adam and Eve declared that they would not have his authority over them. They looked to the high King and said, by action if not in word, “You will not rule us. We will take the crown for ourselves.” By that action, Adam failed utterly and catastrophically at his responsibility as king, and when he fell, he took the whole of humanity down with him.

The consequences of Adam joining the serpent’s rebellion against heaven were cataclysmic. The Lord found them hiding in shame in the garden and handed down curses against all three—the serpent, the man, and the woman. No longer would life on earth be a paradise for them, but rather a hard, frustrating existence. Worst of all, their relationship with God was severed. Physical death would come later but, spiritually speaking, they died immediately—cut off from the life that can come only from being in the presence of the covenant God. Then God drove Adam and Eve out of the garden and stationed at its entrance an angel with instructions to—fascinatingly—“guard” (shamar) the way to the tree of life (Gen. 3:24). Do you sense the bitter irony in the use of that particular word? To shamar the garden had been Adam’s job, but he had failed to do it. So if the vice-regent wouldn’t shamar the garden, God would simply do it himself.

They looked to the high King and said, by action if not in word, “You will not rule us. We will take the crown for ourselves.”

As Adam and Eve stumbled away from the garden, the flaming sword of the guardian angel flashing behind them, all seemed lost. But it wasn’t. In the midst of the cataclysm, almost buried in the avalanche of curses that God poured out on Adam and Eve and the serpent, God had also made a promise. Recorded in Genesis 3:15, it’s one of the most important sentences in the Bible. Speaking to the serpent, he said:

To put it simply, God promises Satan that he hasn’t won. Though Satan had convinced Adam to join his rebellion, one day God would send someone else, a descendant of the woman, to do what Adam should have done—crush the serpent’s head. The word king isn’t used here, but it’s clear that the very role of this “offspring of the woman” will be to exercise the kingly dominion that Adam failed to. He’ll pick up the sword that Adam dropped, slay the enemy that Adam allied with, and win the battle that Adam lost. In other words, he’ll be the King that Adam failed to be.

The Arrival of the King

From that moment, a critical theme in the Bible’s unfolding epic is that people begin to wonder when this promised Savior-King will come, and who it will be. So the recurring question becomes, “Which one of the descendants of Eve will be the one to set everything right?” Is it Cain? No, apparently not. Lamech? Absolutely not. Noah? His father certainly seemed to think so, rejoicing at his birth, “Out of the ground that the Lord has cursed, this one shall bring us relief from our work and from the painful toil of our hands” (Gen. 5:29). But of course it wasn’t to be. God started over with Noah, but the effects of sin persisted, and the promise of Genesis 3:15 remained unfulfilled. What’s striking in all this, though, is that the hope of Genesis 3:15 isn’t just the coming of a King, but the coming of a King who will reverse death and the curse. Exactly how he’s going to do that is still very cloudy at this point, but even this early in the story the good news proclaimed in Genesis is not just that a King is coming. It’s that the arrival of the King will mean salvation. It will mean an end to the curse, and a reversal of the death and separation from God that resulted from sin. That’s what the King does. He saves.

This article is adapted from The Epic Story of the Bible: How to Read and Understand God's Word by Greg Gilbert.

In the Beginning God Created a Priest

While priesthood is not defined or assigned until Sinai, we can see how priesthood in Israel finds an original pattern in Genesis.

8 New Testament Passages That Support a Historical Adam and Eve

Podcast: 15 Questions about Reading and Understanding the Bible (Greg Gilbert)

Greg Gilbert answers common questions about reading the Bible such as: How do I get started with a consistent habit of Bible reading? When should I read it? How long? And what if I don’t understand something? 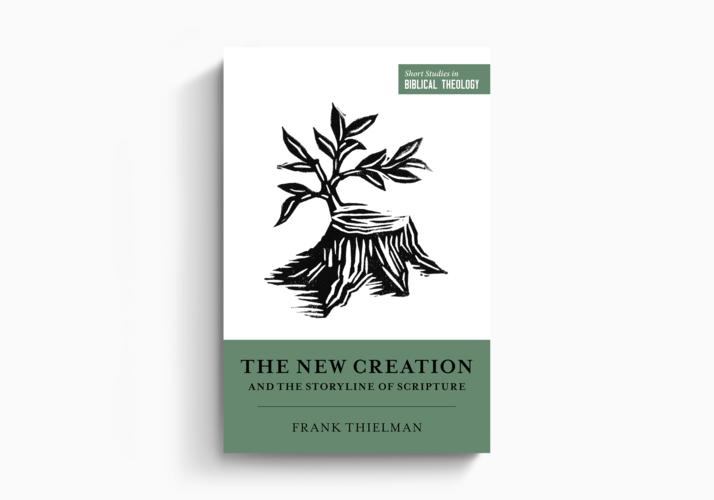 The New Creation and the Storyline of Scripture
Frank Thielman 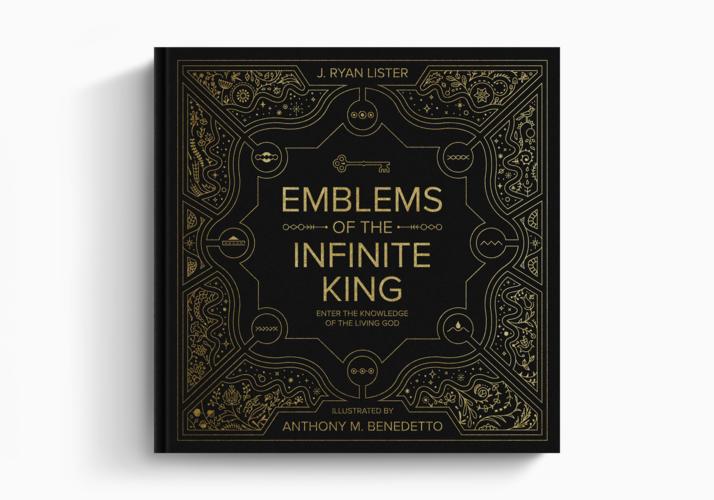 The City of God and the Goal of Creation
T. Desmond Alexander
Crossway is a not-for-profit Christian ministry that exists solely for the purpose of proclaiming the gospel through publishing gospel-centered, Bible-centered content. Learn more or donate today at crossway.org/about.