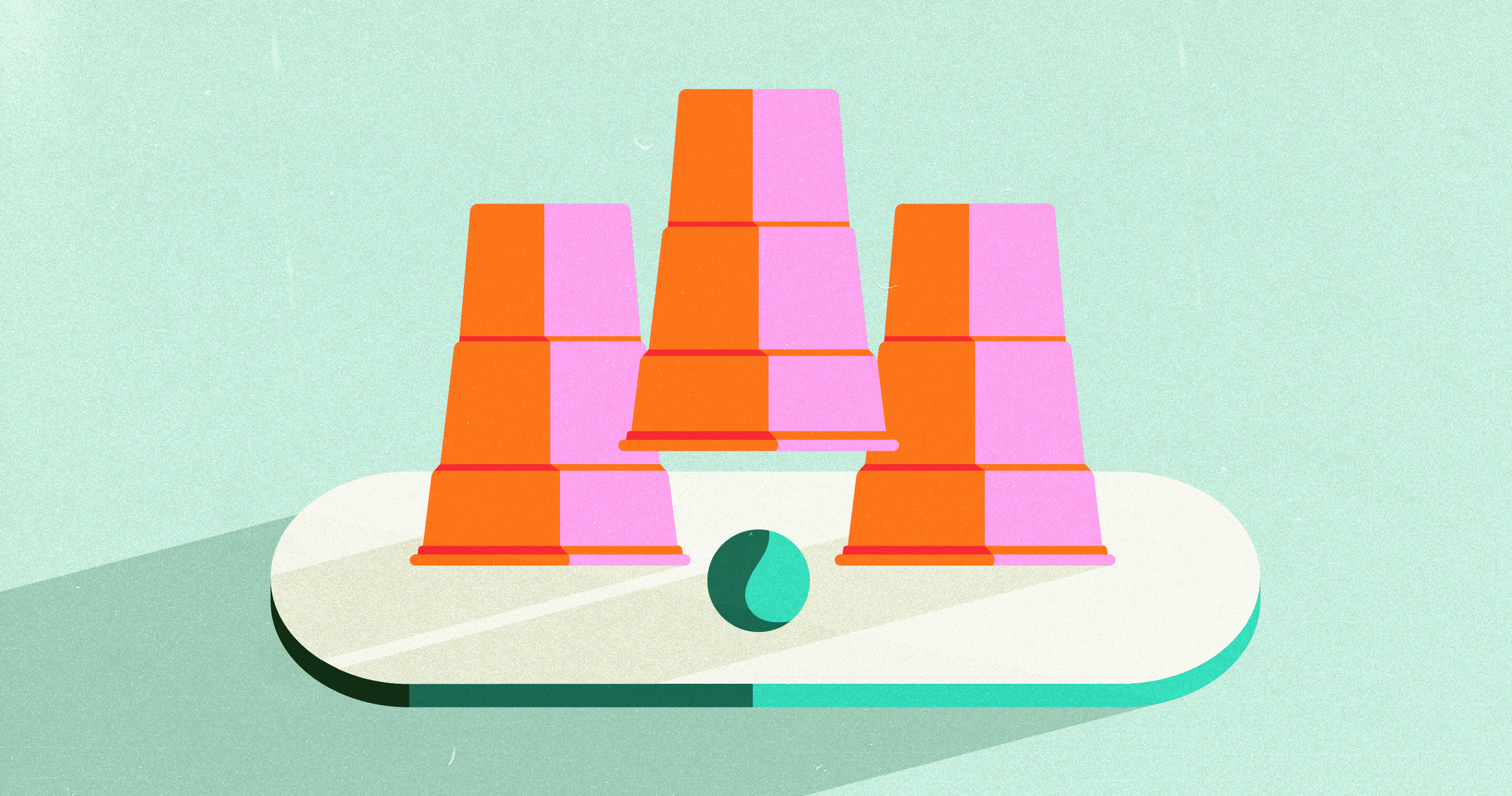 Settling for Plan B?

Once a year, my family and I put on our baseball hats, hop on the trolley, and head to downtown San Diego to attend a Padres game. At some point during the event, the three-cup game appears on the screen, bidding the fans to figure out which of three constantly moving cups hides a ball. No matter how hard I try, I cannot win the game. The frantic movement of the three cups leaves me dizzy and confused.

When most of us think about decision-making and God’s will, we sometimes feel as if God were playing the three-cup game with us. While we are right to assume that God has a will for our lives, we can wrongly assume that God is playing a game with us. We erroneously think we must wrestle God’s will from his hands. We fear that we will somehow miss his will or that we will have to settle for a plan B. I cannot tell you how many times I have heard college students, recent graduates, and even adult friends agonizing in fear that they somehow “missed” God’s will for their lives. Such thinking betrays that we would be served by a careful study of the use of the term “God’s will” in Scripture.

Before we can make decisions, it is helpful to have a robust biblical understanding of the nature of God’s will. When we think about God’s will, most of us think immediately about his will regarding specific decisions we are facing. We want to know whether it is God’s will that we become a doctor. We desire to know if this specific person is the one God intends to be our spouse. We wonder whether we should buy this stock or that bond. These are certainly significant questions. However, as a starting point, it is instructive to know that biblical references to God’s will most often pertain to (1) his eternal plans and decrees, (2) what is favorable to him, and (3) his providential guidance. It is difficult to draw firm distinctions between these three, as they are braided tightly together. Yet in order to gain a better understanding of God’s will, we will attempt to broadly identify each strand. 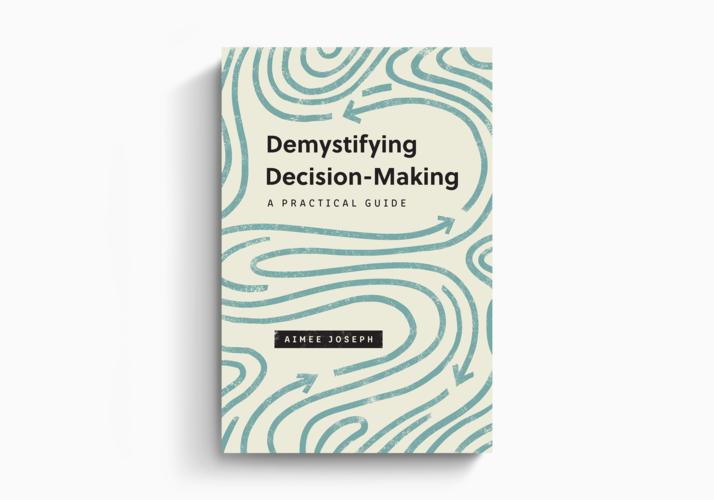 With the philosophy that “as we shape our decisions, our decisions shape us,” Aimee Joseph teaches readers how to worship and draw closer to Christ through their daily decisions.

We see God’s will referring to “his eternal, sovereign rulership over the world” concisely in the words of King Nebuchadnezzar that are recorded in Daniel 4.1 As king of Babylon, Nebuchadnezzar knew a thing or two about decrees. After all, what he declared and decreed became law in his land. Yet after witnessing the power of the God of Israel, Nebuchadnezzar realized that there was one far more powerful than himself.

I blessed the Most High, and praised and honored him who lives forever,
for his dominion is an everlasting dominion,
and his kingdom endures from generation to generation;
all the inhabitants of the earth are counted as nothing,
and he does according to his will among the host of heaven
and among the inhabitants of the earth;
and none can stay his hand
or say to him, “What have you done?” (Dan. 4:34–35)

Likewise the pharaoh of Egypt, another one familiar with power and decrees, saw God’s greater will on display through the plagues (Ex. 7–12). However, we need not be kings, queens, or powerful rulers to understand the power of God’s sovereignty over all human history. Scripture is replete with powerful examples of our powerful King of kings and Lord of lords (Job 38–40; Ps. 104; Isa. 40:21–26).

What Is Favorable to God

Another way we can think of God’s will is “what He wants and what is favorable to Him.”2 Speaking of God’s desire that his people not be destroyed, despite their sin, Moses said, “The Lord was unwilling to destroy you” (Deut.10:10). Just as earthly parents do not prefer pain for their children, God did not want his people to be destroyed. In the New Testament, the apostle Paul uses the Greek word translated “will” in a similar way. Like many modern believers, believers in the church at Thessalonica were wrestling over decisions. Paul responded to their confusion, saying, “This is the will of God, your sanctification” (1 Thess. 4:3). Here, Paul concisely claimed that God’s deep desire is that his people be conformed to his image. This reality has widespread implications for our daily lives.

We erroneously think we must wrestle God’s will from his hands. We fear that we will somehow miss his will or that we will have to settle for a plan B.

God’s will can also refer to divine providence. While this term, providence, is thrown around in secular circles as a synonym for fate or luck, for the believer in Christ it refers to God’s sovereign care for and ordering of his world and his people. Chapter 5 of the Westminster Confession of Faith defines providence as follows: God, the great Creator of all things, doth uphold, direct, dispose, and govern all creatures, actions, and things, from the greatest to the least, by his most wise and holy providence, according to his infallible foreknowledge, and the free and immutable counsel of his own will, to the praise of the glory of his wisdom, power, justice, goodness, and mercy.3 Contrary to popular belief, God’s providential plan for our lives does not mean that we are mere pawns in his hands. His providence is an expression of his imminence and involvement in the lives of the humans he has created. As A. W. Tozer says, “The unbeliever cries, ‘I am God’s pawn!’ The believer sings, ‘I am God’s beloved.’”4

God’s providential dealings with us can only be seen backwards in the rearview mirror after we have walked in wisdom, faith, and obedience. It’s only after you’ve taken that job, made that move, or married that sweetheart that you discover these things were God’s providential care for you. You can’t declare his providence in advance, but you can see it displayed in hindsight. God invites us to walk by faith, in the assurance of things hoped for and the conviction of things unseen (Heb. 11:1). Looking back on our lives, we will be able to trace his providential dealings with us; however, we waste our time if we try to discern his providences before they happen (Gen. 45:5, 7, 8; 2 Cor. 12:7–9). Even though we cannot see his providence until we are looking back, we can live in confidence that our God is always guiding us with his providential care. He is near and actively engaged in ordering all of history in nations, neighborhoods, and even the necessary decisions of our individual days.

This article is adapted from Demystifying Decision-Making: A Practical Guide by Aimee Joseph.

Aimee Joseph has spent many years directing women’s discipleship and ministry at Redeemer Presbyterian Church and in Campus Outreach San Diego. She and her husband are currently in the process of planting Center City Church in their neighborhood. You can read more of her writing at aimeejoseph.blog.

The Better Question Believers Should Ask about God’s Will

For the believer wanting to know God’s will for her life, the first question to pose is not “What should I do?” but “Who should I be?”

Why Our Feelings ≠ Knowing God’s Will

Feelings are not meant to be our guide. That's the role of God's Word in our lives.

8 Questions about God’s Will

What does the Bible teach about how to make decisions and discern God's will in the life of believers?

The Crushing Freedom of Decision-Making

One of the unanticipated weights of living in an age of unprecedented freedom is the anxiety that comes as its counterpart. 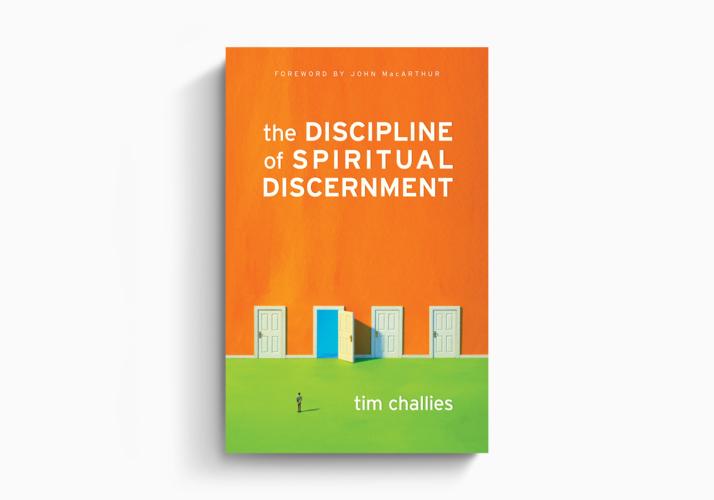 The Discipline of Spiritual Discernment
Tim Challies
Crossway is a not-for-profit Christian ministry that exists solely for the purpose of proclaiming the gospel through publishing gospel-centered, Bible-centered content. Learn more or donate today at crossway.org/about.