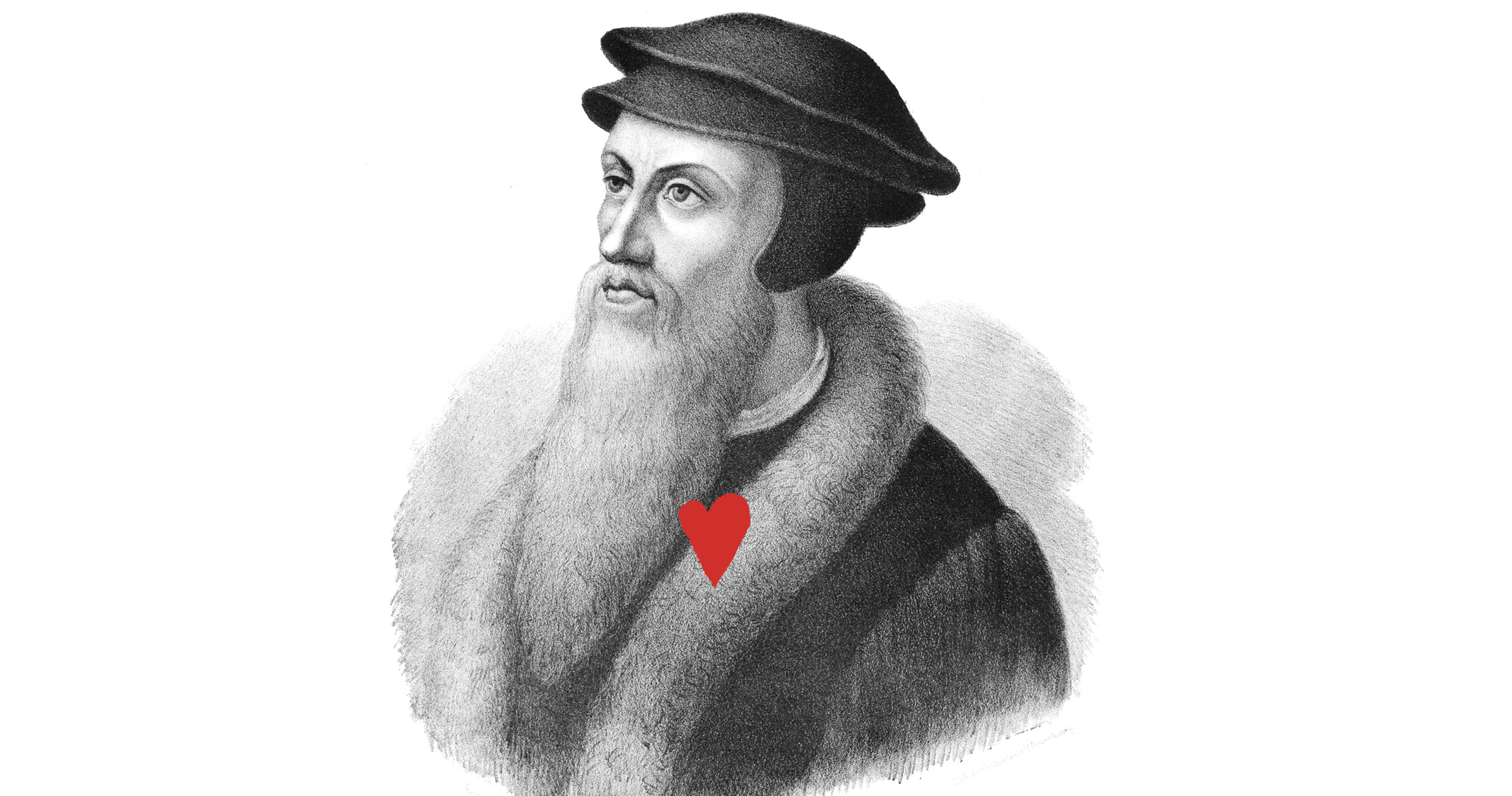 John Calvin was a Gulliver in the land of Lilliputians, a titan in the midst of dwarfs. He stands head and shoulders above the rank and file of theologians, scholars, and biblical experts down through the ages. He abides in the elite company of men like Saint Augustine, Thomas Aquinas, Martin Luther, and Jonathan Edwards. As Aristotle received the epithet “the philosopher,” so Calvin received a similar sobriquet from Philipp Melanchthon, who referred to Calvin simply as “the theologian.”

When we examine the lives and work of the great theologians of Christian history, we notice a certain sameness in the emphasis they bring in their teaching. They were all driven to their knees with a sense of wondrous awe for the majesty of God. Yet they expressed themselves in different ways with different styles and aptitudes. Augustine was a genius with respect to a philosophical understanding of theology, and he probed the depths of the metaphysical basis for the Christian faith. Thomas Aquinas shared that philosophical bent but was more concerned with bringing to pass a systematic summary of the whole scope of Christian doctrine. Luther was a man of profound insight; he was neither a philosopher nor a systematician but rather one who seized on world-changing vignettes of insight. But John Calvin stands alone in church history as the master of systematizing biblical truth with doctrine. He was driven by a desire to interpret all the details of biblical revelation. Rarely, if ever, have we found a systematic theologian so well versed in the data of Sacred Scripture as we find in Calvin. Able to quote lengthy passages of the Bible with one breath, followed by a considerable recitation by memory from the writings of Saint Augustine, Calvin mixed his mastery of linguistics with his heart set on fire by the word of God.

An Ironic Place in History

Calvin’s place in history is not without irony. It is interesting that as he completed his theological studies at the University of Paris, Ignatius of Loyola began his education at the university. Who would imagine that these two individuals would become representatives for two traditions engaged in one of the most important theological clashes to mark all church history—the clash of Reformation thought with that of Roman Catholic thought as developed by Loyola in his formation of the Society of Jesus, known for producing the most prodigious scholars of the Roman Catholic Church. Whereas most theologians have the initials PhD or ThD after their name, those who were schooled in the society founded by Loyola have the letters SJ appended to their names, indicating their membership in the Jesuit order.

In the Reformation itself, it was Luther who was the pioneer in the efforts to recover the doctrine of justification by faith alone. That doctrine was obscured in medieval theology, and the gospel itself was plunged into darkness. Calvin shared the zeal of Luther for that central doctrine of the faith, calling it the “hinge on which religion turns.” Calvin’s grand passion, however, went beyond his commitment to the doctrine of justification by faith alone to a captivating zeal to guard the church against the encroachment of idolatry in manifold forms. It was Calvin who said that by nature, we as fallen human beings are fabricum idolarum, or “idol factories.” Our propensity to exchange the truth of God for a lie and serve the creature rather than the Creator has turned us into veritable idol factories, in which we mass-produce these hellish substitutes for the glory of God. Calvin desired to remove all vestiges of idolatry from the practice of the church. By his own admission, he called for a strict limitation of certain elements of worship that in and of themselves weren’t necessarily idolatrous. But because they had been so often associated with practices that did degenerate into idolatry, Calvin thought it necessary to make worship simple and free from any hint of liturgy that might bring in its wake a renewed commitment to idolatrous practices and set misguiding examples for future generations.

John Calvin stands alone in church history as the master of systematizing biblical truth with doctrine.

His own passion for preaching and teaching saw him in indefatigable energy mounting the platform to preach and to teach a multitude of times each week in Geneva. The academy he founded there was an institution that would enrich the life of the church for generations to come, as such successors to Calvin as Theodore Beza and Francis Turretin further refined the specifics of Calvin’s teaching. Geneva became a refuge for those who were persecuted throughout Europe. Those fleeing from Queen Mary Tudor’s persecution in England came to Geneva, where they, under Calvin’s tutelage, accomplished the translation of the Bible into English with study notes. This was the Geneva Bible, which was the dominant English Bible for a hundred years. It was the Bible of Shakespeare and the Bible the Pilgrims brought to the shores of America. Among those refugees studying at the feet of Calvin was an ex–galley slave by the name of John Knox, who took the teaching he learned there back to his native Scotland, where he was used of God to pioneer the Scottish Reformation.

His Role in the Church

The general ignorance that the church suffers from in church history has cost the church an accurate appreciation for how God used this man of Geneva. Would that the preachers of our day might learn from Calvin in his biblical exposition and in his passion for biblical truth, that the church could once again experience the breakthrough of a modern Reformation. In our day, as it did in antiquity, and again in the sixteenth century, the church stands between Migdol and the sea. Behind us, pursuing us to the death, are the chariots of Pharaoh, hostile to the things of God, motivated to destroy them from the earth. In front of us stands the impassable sea. We need a Moses. We need a Calvin, who in this generation will raise his arms to the heavens, so that the Lord God Almighty will open the seas afresh that the people of God may pass through on dry ground into safety. Our debt to John Calvin is considerable. We must be mindful of his work, as God continues to use Calvin’s teaching to lead the church to truth and out of the abyss of error.

This article is written by R. C. Sproul and is adapted from the afterword to John Calvin: For a New Reformation edited by Derek W. H. Thomas and John W. Tweeddale.