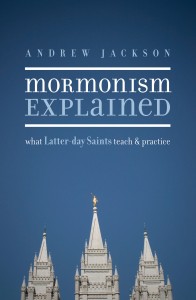 A very puzzling primordial position of Mormonism for Christians is the belief that many inhabited worlds and planets existed before God created our world, as emphasized in the Pearl of Great Price’s book of Abraham 3:1–10. Mormonism also believes that these innumerable worlds or kingdoms were also inhabited by gods. This is what Brigham Young, the second Mormon President and Prophet, states:

How many Gods there are, I do not know. But there never was a time when there were not Gods and worlds, and when men were not passing through the same ordeals [mortality] that we are now passing through. That course has been from all eternity, and it is and will be to all eternity.

Brigham Young even goes further and declares that there were not only many gods on these planets, but also multiple redeemers:

Although Mormonism does not like the word polytheism because it too closely reflects a pagan worldview, there is no doubt that Latter-day Saints believe in the eternal reality of a plurality of gods.

Mormonism also believes that Jesus Christ under the direct authority of Father God created not only this earth but also many other worlds for future humans who would progress into gods to inhabit and fill with spirit-children.

Gods Who Organized the World

In opposition to every branch and denomination of Christianity, Mormonism promotes a theory that a council of gods organized the universe out of independent eternal physical matter instead of creating the world “out of nothing.” Joseph Smith, in his famous 1844 King Follett funeral sermon during a church conference near the end of his life, expounded on the idea that God organized the universe out of preexisting chaotic matter:

You ask the learned doctors why they say the world was made out of nothing, and they will answer, “Doesn’t the Bible say he created the world?” They infer, from the word create, that it must have been made out of nothing. Now, the word create came from the word baurau, which does not mean to create out of nothing; it means . . . to organize the world out of chaos—chaos matter, which is element, and in which dwells all the glory. Element had an existence from the time He had. The pure principles of element . . . can never be destroyed . . . ; they may be organized and reorganized, but not destroyed. They had no beginning, and can have no end.

This LDS doctrine is made clear by Brigham Young:

If God simply organized the world, as taught by Mormonism, then God does not actually transcend the natural universe, but is immanent within it. According to Mormonism, God oversaw the organization of this world, but is not the single infinite and absolute Creator of the physical universe as taught in Christianity. What is even more confusing is that the LDS scriptural book Pearl of Great Price states that many gods participated in the organization of our universe:

They went down at the beginning, and they, that is, the Gods, organized and formed the heavens and the earth.

The biblical doctrine of creation is indispensable to a distinctively theistic and God-centered worldview and perception of reality. Genesis 1:1—“In the beginning, God created the heavens and the earth”—is the first verse in the Bible, and how a person understands this verse will significantly shape every other facet of his or her perception of ultimate reality. This is why creation is an essential truth for Christians. Christians maintain that God alone is the absolute Creator of every element in the physical universe.

A biblical Christian worldview is founded on the belief that God created all universal reality out of nothing. The God of the Bible is the first cause of all things, and before creation only God existed. As a result, all major branches of Christianity—Protestant, Eastern Orthodox, and Roman Catholic—maintain the total distinction between the Creator and physical creation.

It is important to understand that the biblical doctrine of creation out of nothing is what fundamentally distinguishes the nature of the Judeo-Christian view of God from the multitude of ancient Near Eastern religions and Hellenistic philosophical and mythological systems of classical Greece, which assumed that the world had been formed out of eternally preexisting matter.

Excerpt from Mormonism Explained: What Latter-day Saints Teach and Practice by Andrew Jackson.

Sharing the Gospel can be intimidating for many reasons, but we have a flawless evangelistic example from which to learn: Jesus himself.