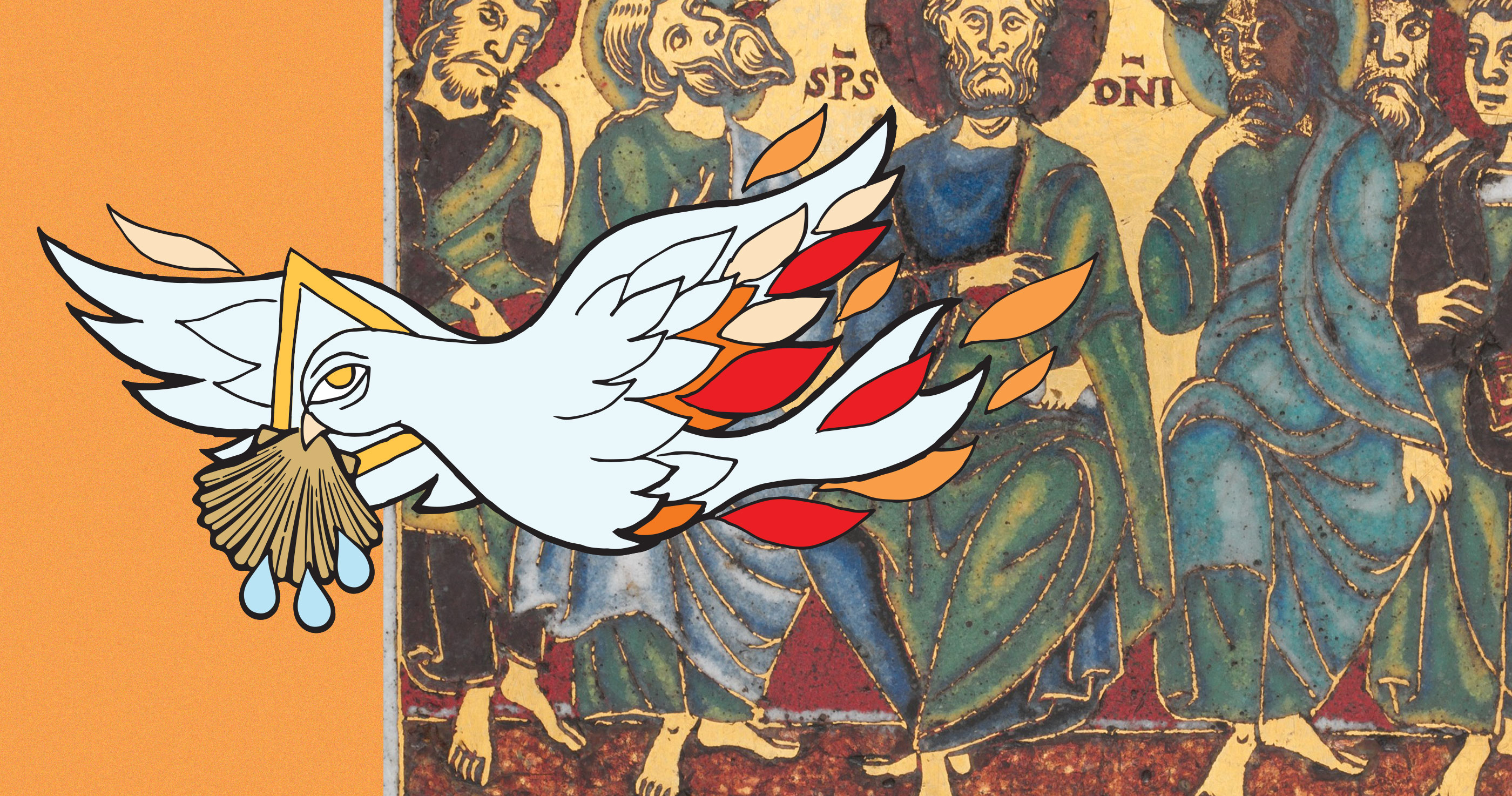 The Tools of Teaching

I remember flannelgraphs and the smell of Play-Doh—balled-up chunks that had been merged, divided, and merged again. Many times, they were well-used, brownish, grayish, nondistinct blobs. For that reason, it was always exciting to get a new plastic cup of Play-Doh. The power of a distinct color could overwhelm a little kid.

We started off Sunday school with Play-Doh around a small table and chairs. With each successive year or grade promotion, we moved down the hall to the next classroom, to bigger chairs, and to a taller table. Each move would mean less time with Play-Doh. Eventually it disappeared.

The flannelgraphs were their own institution. These were colorful cutouts of robed individuals: kings, shepherds, an occasional angel, bearded men with arms frozen in various gestures. There were animals like lions, birds—and always, sheep. Because of these, I knew exactly what a first-century village in Nazareth looked like from the early age of six.

I grew up in Sunday School surrounded by the best stories ever told—the stories of the Bible. I made tabernacles out of popsicle sticks. I wondered how much candy a “widow’s mite” could buy me. I thought Daniel was just plain cool, but not as cool as David, the shepherd who would become king, who took down a menacing giant with nothing but a slingshot. 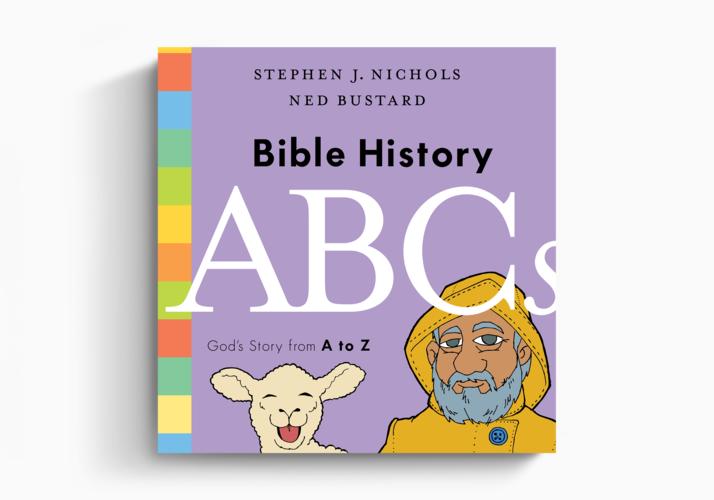 This one-of-a-kind ABC book follows the timeline of the Bible from A to Z, containing corresponding Scripture passages, descriptions, classical fine art, and whimsical illustrations. Written for kids up to age 7, but engaging enough for the whole family.

I loved growing up with the Bible and learning the stories. It wouldn’t be until years later, however, that I would see the big picture of all those stories. I remember reading one book in particular in Bible college on the narrative of the Pentateuch. It was my first exposure to biblical theology. Like the perfectly fitting bushings and gears of a watch, the stories I learned through flannelgraph and Play-Doh began to fall into place. Patterns emerged. Theology emerged. I thought, Where has this been all my life?

I suspect I’m not alone. And I suspect this is true of the way we learn most things. We learn the parts. We may even become fascinated by the parts. But when we understand how the parts click into the whole, that’s another level altogether.

A Framework for Stories

The first flannelgraph figures we meet are not wearing robes. Instead, they are inserted behind trees and bushes. In one scene, they are happy and peaceful. Then, they are covered by fig leaves. With heads hung low, they cower and move away, headed into their exile. Next come two brothers, heading off into a field. The teacher simply peels one away. This keeps happening until the figure emerges—the one who was born in a stable surrounded by animals, shepherds, a young man, and his wife who had just given birth.

These are stories that capture our imagination. They do so primarily because they are true. And because they are true, they make sense of all existence. They answer the questions of life that even six-year-olds have. What I wish I had been taught, in addition to all those great stories, was how all those stories fit together into the grand story of creation, fall, redemption, and restoration.

Give Kids the Puzzle Box

Perhaps we don’t teach kids the grand story because we don’t think they’re ready for it. Perhaps we think they won’t quite get it. We are not doing children any favors by keeping that grand story from them and holding it off until later years.

We use the repetition of the stories to remind us, again and again, of the one true and holy God over and against a cast of sinful characters.

So how do we teach kids biblical theology? We help them to see that the opening scene in the garden of Eden in the first chapters of Genesis leads all the way to the closing scene in a garden in the last chapter of Revelation. We also help them see what happened in the middle.

We show them not just the ugliness of selfishness and disobedience, but we show them sin, willful rebellion against a good and holy God. We use the repetition of the stories to remind us, again and again, of the one true and holy God over and against a cast of sinful characters—some rich, some poor; some young, some old; men and women; kings, priests, and prisoners. All sinners.

We use repetition to drive home the reality that we are all longing for a Redeemer, for the one seed to come. When Christ does come, we don’t shrink from teaching them that this is the most unique person ever born. This is the God-man. He will live perfectly, unlike Adam and unlike all of Adam’s sons and daughters. He will be perfectly obedient. He will be the necessary substitute, a pure, white, spotless lamb. He will shed his blood for our sin.

We can use words like justification, propitiation, imputation. We take time to teach what these words mean. We talk about sin and judgment. Condemnation. We also talk about mercy and grace. Salvation. We use the New Testament Gospels to teach about the life of Christ. We use the New Testament Epistles to explain the full meaning of that life, and of that death, and of that resurrection. We talk about our new family in Christ, the church. And we read John’s book of Revelation with wide-eyed wonder of the worship scene of fantastical creatures and myriad angels and the saints of all the ages before a jeweled throne room upon a sea of glass. And there is the thrice-Holy God, and there is the Lamb.

Stephen J. Nichols is the author of Bible History ABCs: God’s Story from A to Z.

Podcast: How to Intentionally Disciple Your Kids (Lindsey Carlson)

Lindsey Carlson discusses what it looks like for parents to thoughtfully disciple teenagers during a pivotal point in their lives.

5 Tips for Teaching Your Kids about Church History

Learning about church history can be exciting, uplifting and often funny. But if taught badly, it can also be turgid, pedestrian and dull.

How and When Kids Learn Theology

Kids really learn theology when it moves from being information in their heads to truth in their lives. 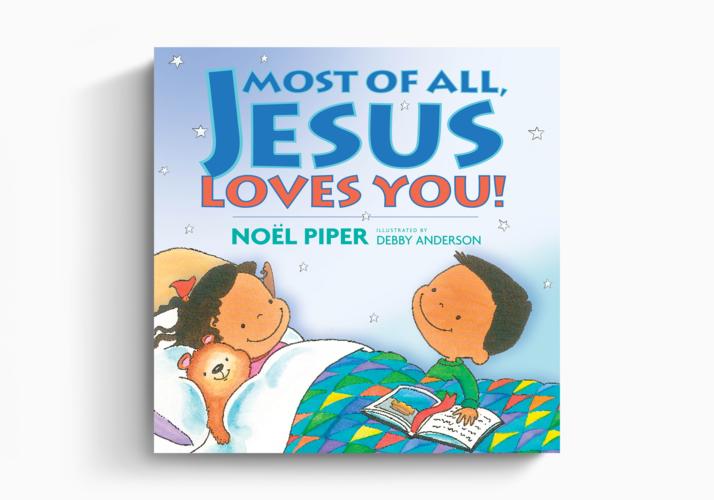 Most of All, Jesus Loves You!
Noël Piper 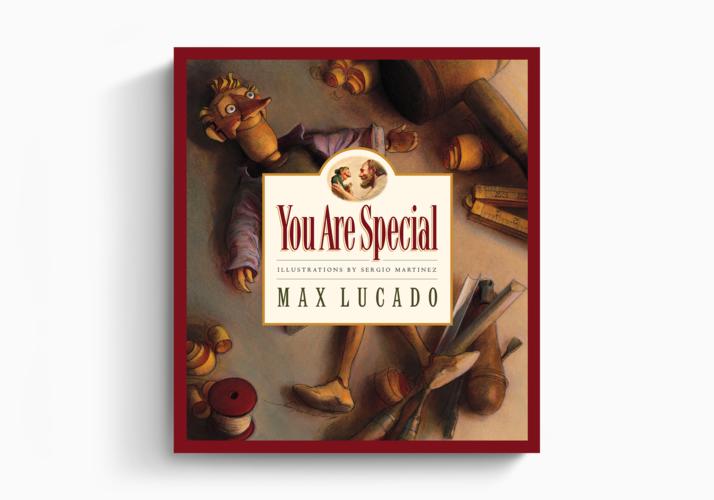 You Are Special
Max Lucado
Crossway is a not-for-profit Christian ministry that exists solely for the purpose of proclaiming the gospel through publishing gospel-centered, Bible-centered content. Learn more or donate today at crossway.org/about.