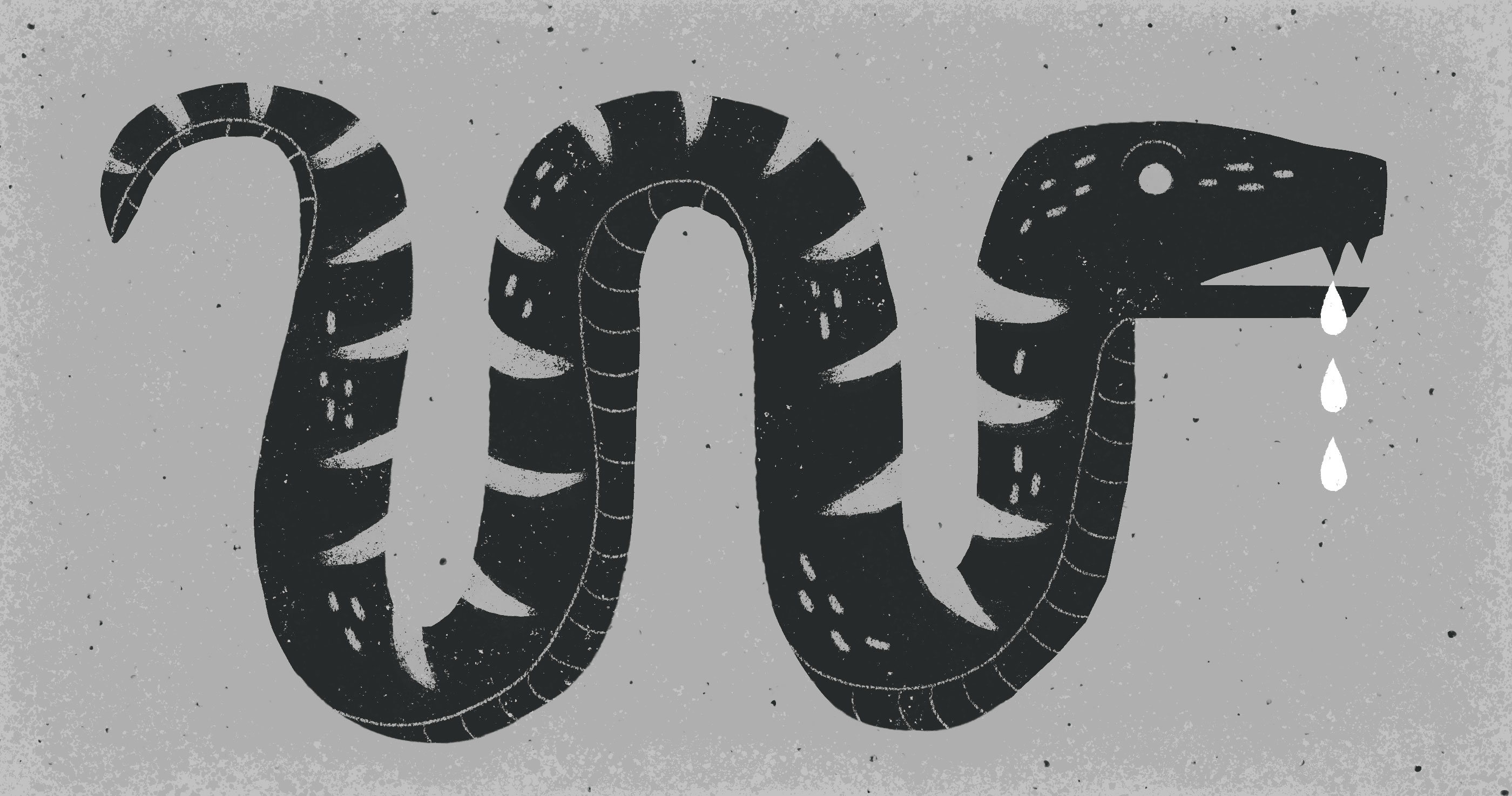 Practical Athiesm Is Natural to Man

Doctrine. Practical atheism is natural to man in his depraved state and very frequent in the hearts and lives of men.

“The fool has said in his heart, ‘There is no God.’” He regards him as little as if he had no being. He said in his heart, not with his tongue, nor in his head; he never firmly thought it, nor openly asserted it; shame put a bar to the first and natural reason to the second. Yet perhaps he had sometimes some doubts whether there were a God or no; he wished there were not any and sometimes hoped there were none at all. He could not raze out the notion of a deity in his mind, but he neglected the fixing of the sense of God in his heart and made it too much his business to deface and blot out those characters of God in his soul that had been left under the ruins of original nature.

Men may have atheistical hearts without atheistical heads. Their reasons may defend the notion of a deity, while their hearts are empty of affection to the Deity. Job’s children may “curse God in their hearts” (Job 1:5), though not with their lips (Matt. 15:8).

“There is no God.” Most understand it of a denial of the providence of God, as I have said in opening the former doctrine.

He denies some essential attribute of God or the exercise of that attribute in the world.1 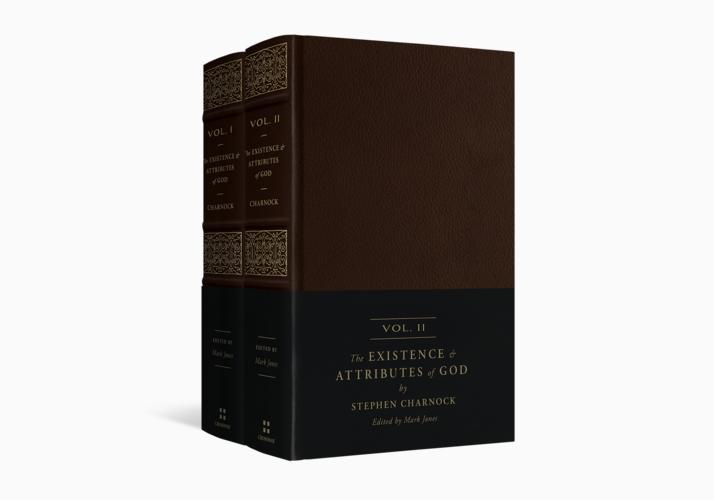 The Existence and Attributes of God

This two-volume set, edited by Mark Jones, contains an updated and unabridged edition of Charnock's work, Discourses upon the Existence and Attributes of God, written to instruct and encourage Christians through exegetical commentary and pastoral application.

He who denies any essential attribute may be said to deny the being of God. Whosoever denies angels or men to have reason and will denies the human and angelical nature, because understanding and will are essential to both those natures; there could be neither angel nor man without them. No nature can subsist without the perfections essential to that nature, nor God be conceived without his. The apostle tells us that the Gentiles were “without God in the world” (Eph. 2:12). So in some sense all unbelievers may be termed atheists; for rejecting the mediator appointed by God, they reject that God who appointed him.

But this is beyond the intended scope, natural atheism being the only subject. Yet this is deducible from it, that the title of ἄθεοι [“without God”] does not only belong to those who denied the existence of God or to those who contemn all sense of a deity and would root the conscience and reverence of God out of their souls, but it belongs also to these who give not that worship to God that is due to him, who worship many gods, or who worship one God in a false and superstitious manner, when they have not right conceptions of God, nor intend an adoration of him according to the excellency of his nature. All those who are unconcerned for any particular religion fall under this character: though they own a God in general, yet they are willing to acknowledge any god that shall be coined by the powers under whom they live. The Gentiles were without God in the world—without the true notion of God, not without a god of their own framing.

This general or practical atheism is natural to men.

The natural bent of every man’s heart is distant from God. When we attempt anything pleasing to God, it is like the climbing up a hill against nature. When anything is displeasing to him, it is like a current running down the channel in its natural course. When we attempt anything that is an acknowledgment of the holiness of God, we are fain to rush with arms in our hands through a multitude of natural passions and fight the way through the oppositions of our own sensitive appetite. How softly do we naturally sink down into that which sets us at a greater distance from God! There is no active, potent, efficacious sense of a God by nature. “The heart of the sons of men is fully set in them to do evil” (Eccles. 8:11). The heart in the singular number, as if there were but one common heartbeat in all mankind, and bent, as with one pulse, with a joint consent and force to wickedness, without a sense of the authority of God in the earth, as if one heart acted every man in the world.

The great apostle cites the text to verify the charge he brought against all mankind (Rom. 3:9–12). In his interpretation, the Jews, who owned one God and were dignified with special privileges, as well as the Gentiles, who maintained many gods, are within the compass of this character. The apostle leaves out the first part of the text, “The fool has said in his heart,” but takes in the latter part and the verses following. He charges all, because all, every man of them, was under sin: “There is none who seeks God,” and, verse 19, he adds, “What the law says, it says to those who are under the law,” that none should imagine he included only the Gentiles and exempted the Jews from this description. The leprosy of atheism had infected the whole mass of human nature. No man among Jews or Gentiles did naturally seek God, and therefore all were void of any spark of the practical sense of the Deity.

The natural bent of every man’s heart is distant from God.

The effects of this atheism are not in all externally of an equal size. Yet in the fundamentals and radicals of it, there is not a hair’s difference between the best and the worst men who ever traversed the world. The distinction is laid either in common grace, bounding and suppressing it, or in special grace, killing and crucifying it. It is in everyone either triumphant or militant, reigning or deposed. No man is any more born with sensible acknowledgments of God than he is born with a clear knowledge of the nature of all the stars in the heavens or plants upon the earth. “None seeks after God.”3 None seeks God as his rule, as his end, as his happiness, which is a debt the creature naturally owes to God. He desires no communion with God. He places his happiness in anything inferior to God. He prefers everything before him, glorifies everything above him; he has no delight to know him and regards not those paths that lead to him. He loves his own filth better than God’s holiness. His actions are tinctured and dyed with self and are void of that respect that is due from him to God.

The noblest faculty of man, his understanding, wherein the remaining lineaments of the image of God are visible, the highest operation of that faculty, which is wisdom, is in the judgment of the Spirit of God “devilish” while it is “earthly and sensual” (James 3:15). And the wisdom of the best man is no better by nature: a legion of impure spirits possesses it, and it is as devilish as the devil, who though he believe there is a God yet acts as if there were none and wishes he had no superior to prescribe him a law and inflict that punishment on him that his crimes have merited. Hence the poison of man by nature is said to be like “the poison of a serpent,” alluding to that serpentine temptation that first infected mankind and changed the nature of man into the likeness of that of the devil (Ps. 58:4)—so that notwithstanding the harmony of the world, which presents men not only with the notice of the being of a God but darts into their minds some remarks of his power and eternity, yet the thoughts and reasonings of man are so corrupt as may well be called diabolical and as contrary to the perfection of God and the original law of their nature as the actings of the devil are. For since every natural man is a child of the devil and is acted by the diabolical spirit, he must needs have that nature which his father has and the infusion of that venom which the spirit that acts upon him is possessed with, though the full discovery of it may be restrained by various circumstances (Eph. 2:2). To conclude, though no man, or at least very few, arrives to a round and positive conclusion in his heart that there is no God, yet there is no man that naturally has in his heart any reverence of God.

This article is adapted from The Existence and Attributes of God: Updated and Unabridged by Stephen Charnock, edited by Mark Jones.

Stephen Charnock (1628–1680) was a prominent English Puritan theologian and preacher in England and Ireland during the seventeenth century. Trained at Cambridge and Oxford, he served as chaplain to Henry Cromwell, the chief governor of Ireland, and is known for his discourses on the existence and attributes of God.

What Modern Atheists Could Learn from David Hume

One of the most important things that modern atheists can learn from David Hume is the limitations of sense perception and reason.