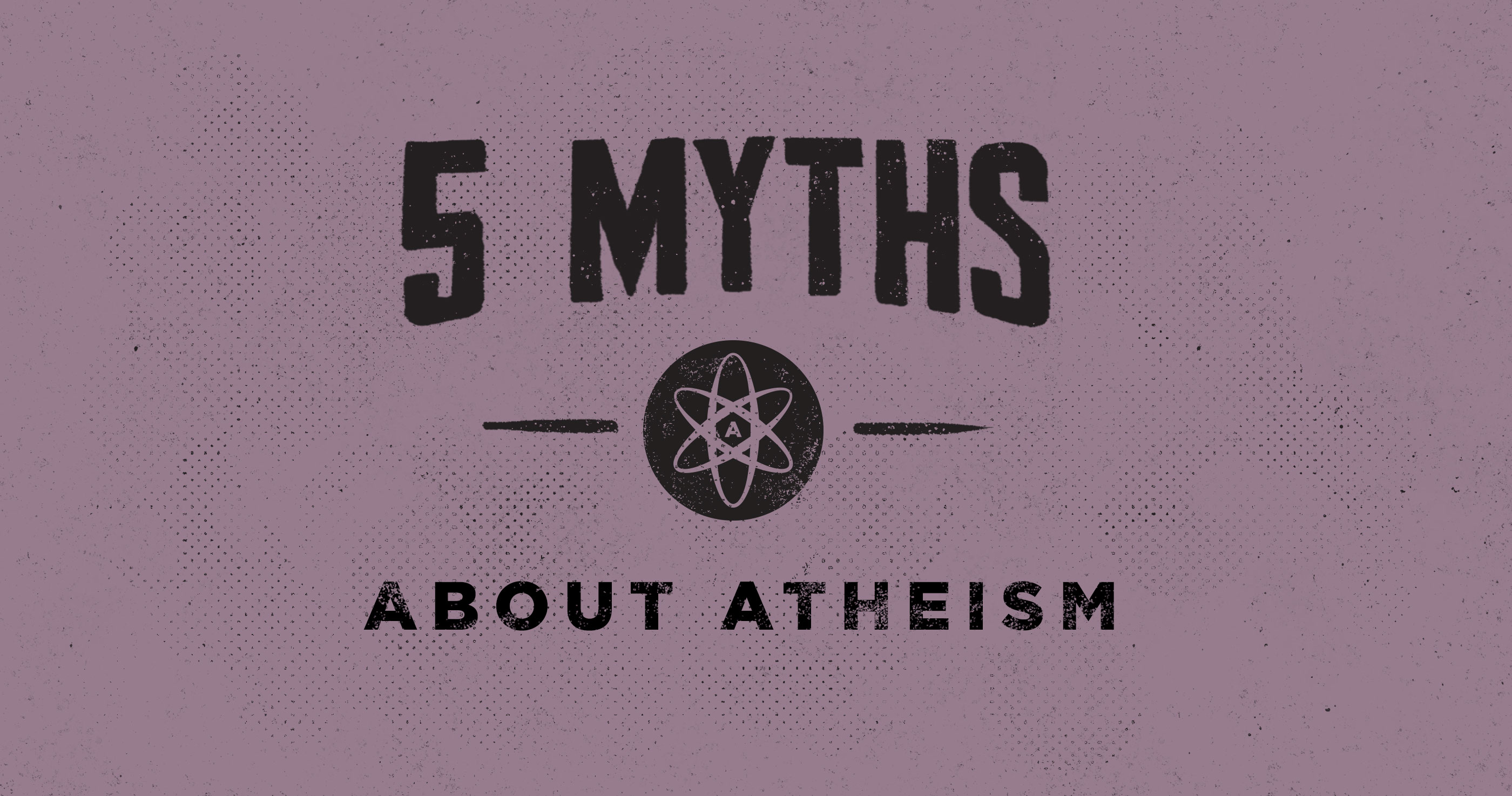 Myth #1: There are no good arguments for atheism.

We should admit up front that there are some decent reasons a person might have for being an atheist, and we should be careful not to casually dismiss these reasons. To be sure, not every atheist actually has these reasons in mind, but such reasons exist and we should take them seriously. In fact, failing to take them seriously can do considerable harm. Of course, taking them too seriously is also a problem.

Also keep in mind that there can be good arguments for false conclusions. When considering reasons for any position, think of the situation in terms of a balance scale, the old kind with two pans. Each side of the scale represents one side of the argument. And the weights in the pans are the reasons supporting that pan’s respective side of the argument. Both sides can contain relatively large weights, which would represent that side’s stronger arguments. But even so, one side can ultimately weigh more. To put it differently, a good reason for a belief isn’t a definitive reason for believing it.

Myth #2: Atheism is based on reason alone.

That said, I think the balance leans pretty heavily in favor of theism when it comes to the rational arguments. So why are there smart, informed atheists? Well, arguments aren’t the only things that matter when it comes to evaluating atheism. Other considerations always enter. No one is neutral. Our unique experience, set of beliefs, training, personality, values, and desires all make important differences in how we evaluate potential beliefs. And so all of these influence the plausibility of the arguments for atheism (and for theism). Thomas Nagel—one of my favorite philosophers, and also an atheist—openly admits that he simply doesn’t want theism to be true. Of course, this isn’t the only reason he has for being an atheist, but his preference will no doubt influence how he evaluates arguments for and against God. Something similar can be said about my desire for Christianity to be true.

No one is neutral. Our unique experience, set of beliefs, training, personality, values, and desires all make important differences in how we evaluate potential beliefs.

And speaking of arguments for atheism, believers and non-believers alike often suppose that a 13.8-billion-year-old universe, or 4.5-billion-year-old earth (the current estimates) would show or at least provide good evidence against God’s existence. But surely the universe’s age, for example, doesn’t rule out the existence of God. It seems pretty plausible that God could create a universe and earth as old as he pleases.

Of course, if your main (or only) reason for believing in God is that the universe is not 13.8 billion years old, then you would have a serious problem if the universe turned out to be that old. But here is where the distinction between theism and Christianity is important, a distinction which I’ve only been making implicitly. A 13.8-billion-year-old universe does tell against certain plausible interpretations of Scripture—and that is something that Christians must address. But an “old earth” (the phrase typically used to refer to both an old universe and an old earth) doesn’t imply that there’s no God. This distinction can be important particularly if you are dealing with doubts about other aspects of your faith. Remembering that there are good arguments for theism in general (and how the arguments for atheism might fail) can be helpful in times of doubt about Christianity in particular.

You might mistake this myth for the previous one, but the difference between the two is important. The specific evidence for a 13.8-billion-year-old universe or a 4.5 billion year old earth is often very different from the evidence for the evolution of organisms, and so needs to be evaluated accordingly. To put it differently, the “old earth” view doesn’t imply the truth of evolution.

But for our purposes, let’s suppose that evolution is true, in the sense that life originated from dead matter and then evolved into more complex forms entirely according to natural laws. Would this mean that there’s no God? Not obviously. After all, we might immediately ask about the laws themselves—and why these (bio-friendly) laws? If the answer is “because the multiverse”—which is becoming extremely popular these days—we might then ask about the more general meta-laws that govern the multiverse, or even why there’s a multiverse at all rather than nothing. These are at least questions that need to be addressed before we can suggest that blind, unguided evolution implies the truth of atheism.

Yet again, just as in the “old-earth” case, certain kinds of evolution may tell against specific (and plausible) readings of Scripture, and Christians will need to deal with this as well. But evolution does not even suggest—must less imply—that “God almost certainly doesn’t exist,” to use Dawkins’ words.

Many Christians argue that God is necessary to underwrite an objective moral standard, that an absolute moral law requires a divine lawgiver. This is called the “moral argument” for God’s existence. Suppose it’s right (and I think it is). If it is, and if atheism is true, then acts like lying, cheating, and stealing are not objectively wrong.

But many Christians have gone on to claim that rationally consistent atheists should go ahead and lie, cheat, and steal. That is, the reasoning goes, looking out for number one has all kinds of obvious advantages—including survival advantages—and if nothing is really wrong, then it is only reasonable to take such advantages, if one can get away with it.

But nothing in atheism itself—or in the moral argument—implies that atheists ought to behave immorally. Of course, neither do they imply that atheists ought to behave morally. And this is because atheism doesn’t imply any “oughts” at all. To put it differently, if atheism is true, there are no objective values whatsoever, no right or wrong above our own personal values. So then, atheists aren’t necessarily being inconsistent by behaving well. On the other hand, they can’t consistently claim that other peoples’ behavior is objectively wrong (or objectively right). If atheism is true, there’s neither.