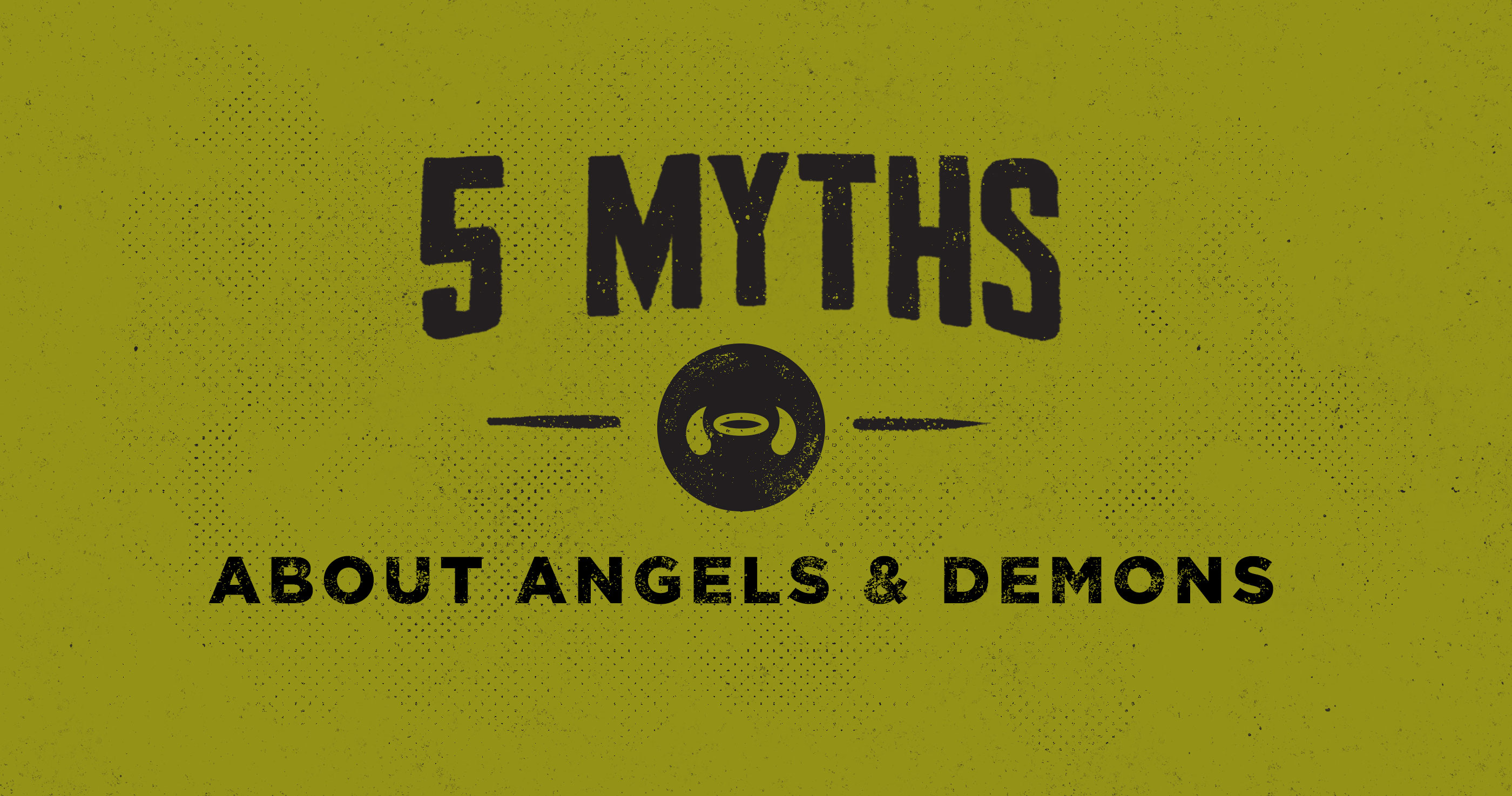 There is no indication that our world’s fascination with angels and demons is in decline. Rarely does a day pass that we don’t hear of someone’s alleged encounter with either a holy angel or a fallen demon, together with news that a new TV show or film on Netflix will feature either or both of these species of spiritual beings. Sadly, though, there is a lot of confusion about angels and demons and certain myths that simply won’t die. Here are five of them.1

Myth #1: Angels and demons are eternal and uncreated.

This runs counter to numerous biblical texts. The psalmist includes all God’s “angels” and heavenly “hosts” among those whom he “created” (Psalm 148:2-5). The Apostle Paul clearly asserts that “thrones” and “dominions” and “rulers” and “authorities,” standard language for angelic and demonic beings, were created by the Son of God (Col. 1:16).

Furthermore, each angel is a direct creation, that is to say, they did not descend from an original pair as we did; they do not procreate as we do (Matt. 22:28-30). We don’t know when angels were created but it is likely this happened before the events of Genesis 1:1ff (see Job 38:4-7). Satan, being himself a fallen angel, is not eternal. He is a finite creature. He is, therefore, God’s Devil. Satan is not the equal and opposite power of God (contra dualism). His power is not infinite. He does not possess divine attributes. In sum, he is no match for God! At most, Satan is the equal and opposite power of the archangel Michael.

Get a free copy of the ebook ‘The Whole Armor of God’ by telling us about yourself!

Myth #2: Angels and demons are all-powerful.

In Genesis 19:12-16, angels are used by God to destroy Sodom and Gomorrah. In 2 Kings 19:35, one angel is empowered to kill 185,000 Assyrians. According to Matthew 28:2, an angel moved the stone from Christ’s tomb. In Acts 12, an angel entered a locked prison and released Peter. In Acts 12:23, we read that an angel killed Herod in a most gruesome way. Angels appear in the book of Revelation (see especially Rev. 7:2-3) to influence the phenomena of nature.

Myth #3: Angels and demons are omnipresent.

We know that angels are spirit beings in that they are immaterial or incorporeal. They have no flesh or blood or bones. They are, as Hebrews 1:14 declares, “ministering spirits”. However, although they are spirits, they have spatial limitations. In other words, angels are not omnipresent (see Dan. 9:21-23; 10:10-14 where we find both spatial movement and temporal limitations). They are always in only one place at any one time.

There is a sense in which as spirit beings they also have form or shape. That is to say, they are spatially confined (their being is not distributed throughout space). They are localized. Do angels have literal “wings”? The seraphim are portrayed as having wings in Isaiah 6:2, 6 (see also Ezek. 1:5-8). Gabriel is portrayed as flying to Daniel’s side (Dan. 9:21; cf. Rev. 14:6-7). Whether or not all angels are winged is simply impossible to say. I’m inclined to think that angels do not have gender (see Matt. 22:28-30); hence they do not procreate. I should point out, however, that they are always described in the masculine gender (but see Zech. 5:9).

It’s important to remember that although he is powerful and resourceful, Satan can only be in one place at any one time. He may well dispatch his demonic hosts to do his will, but Satan cannot be tempting one believer in Bangladesh and simultaneously be attacking another in Berlin. Satan is surely active in the earth, but he is always in one place in space at any one time.

Designed to shed biblical light on thorny issues, this book answers 25 of the toughest questions Christians are often too afraid to ask.

We read in Acts 12:15 of believers who mistook Peter himself for “his angel.” It’s possible that Luke is only describing their belief without himself endorsing it. Others argue that he intends to teach that each of us not only has a guardian angel but also that the latter may assume our physical characteristics. Yes, it seems odd, but why else would they have concluded that the “person” at the door was Peter’s angel and not someone or something else?

In Matthew 18:10, Jesus warns against the neglect of little children and reminds his disciples that “their angels always see the face of my Father who is in heaven.” An ancient custom prevailed in eastern court settings according to which those who stood “before the king” or were allowed to “see his face” were officers who enjoyed the king’s special favor and were privileged to enjoy the closest possible fellowship. The implication may be that the highest ranking angels are assigned and commissioned by God to watch over with loving care his “little ones”. Thus Jesus is saying, “Don’t despise my ’little ones,’ for they are so highly regarded that God has appointed his most illustrious angels to keep watch over them.” Their constant presence before him may be so that they can quickly respond to whatever tasks God may assign them in their ministry to us.

As Sydney Page points out, each of these passages “is part of a funeral dirge lamenting the death of a pagan king. In both, the king is portrayed as having come to ruin because he exalted himself beyond what was appropriate. Although the form of the two texts is that of a funeral dirge, the sorrow at the passing of the monarch is not genuine. Both passages virtually drip with sarcasm. In reality, the tyrant’s death is welcomed.”2 The question is, “Do these laments allude to Satan and his primordial rebellion?”

Isaiah 14:12-15 appears in a passage that is specifically identified as a taunt of judgment against the king of Babylon (vv. 3-4). The taunt may be directed at one particular king (most likely Sennacherib) or perhaps “at the whole Babylonian monarchy personified as a single individual.”3 Clearly, though, the mocking lament portrays (indeed, celebrates) the demise of an earthly power that both opposes and oppresses the people of God.

All angelic power is subject to God’s power and purpose.

The language used in vv. 12-14 is certainly compatible with what we know of Satan’s character, but may well be a use of poetic language to describe an earthly king. Many of the terms used here (“morning star”, “dawn”, and “sacred mountain”) have been found in texts dealing with ancient pagan mythology. Page notes that “the mythology was probably rooted in the observation of the brilliant rise of the planet Venus (the ’morning star’) in the early morning sky and its rapid fading with the rise of the sun.”4 If this is true, Isaiah would be utilizing (without endorsing) motifs common in pagan mythology to describe the downfall of an earthly ruler.

Others have argued that whereas all this may be true, we can still see in this description of an earthly opponent of God (the Babylonian king) his model and heavenly inspiration (Satan). But is that what Isaiah had in mind when he wrote it? The figure “Lucifer”, lit., “shining one” or “star of the morning” (v. 12), is called a “man” in v. 16 and is compared with other earthly kings in v. 18. “Lucifer” was first used in the Latin vulgate to translate the Hebrew word (helel) and eventually made its way into the King James Version. According to Boyd, “Isaiah is simply comparing the king of Babylon to the planet Venus, the morning star. It rises bright at dawn and climbs to the highest point in the sky, only to be quickly extinguished by the brightness of the rising sun. Thus, Isaiah says, shall be the career of the presently shining king of Babylon. He appears on the stage of world history as the brightest star, ascending higher and higher. But in the end he shall quickly disappear in the light of the sun.”5

So what about Ezekiel 28:11-19? Again, vv. 1-11 refer to the “prince” or “ruler” of Tyre (a Phoenecian port city about 125 miles northwest of Jerusalem). Vv. 2 ,9-10 clearly indicate that he is human, not angelic. The historical setting is the siege of Tyre by Nebuchadnezzar from 587 to 574 B.C. The king of Tyre during this period was Ithobaal II.

The identification of this king as an “anointed cherub who covers (guards)” in v. 14 is considered the strongest evidence that the reference is to Satan. Others have pointed out, however, that the Hebrew text may just as easily be translated, “with a cherub.” Also, it is difficult to understand how dishonest or unrighteous trade and the desecration of sanctuaries (v. 18) could have been involved in the fall of Satan. How, then, are we to understand the reference to the garden of “Eden” in v. 13? Most believe that that the king of Tyre is being compared with Adam.

In summary, we will have to settle for a measure of uncertainty as to whether either of these texts actually describes Satan’s fall. 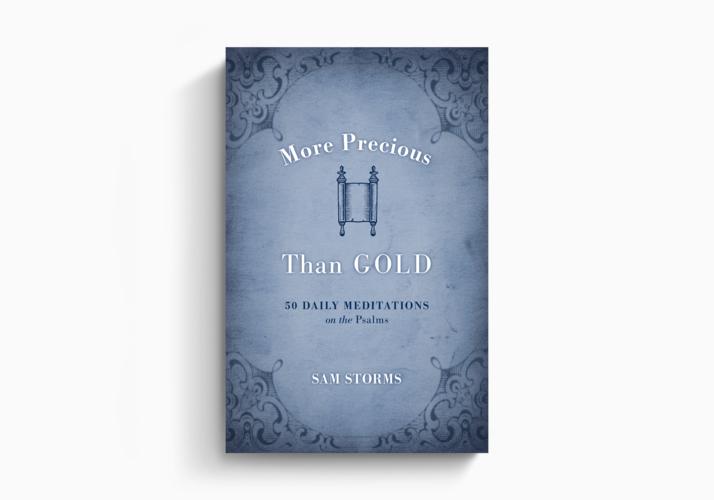 Signs of the Spirit
Sam Storms
Crossway is a not-for-profit Christian ministry that exists solely for the purpose of proclaiming the gospel through publishing gospel-centered, Bible-centered content. Learn more or donate today at crossway.org/about.