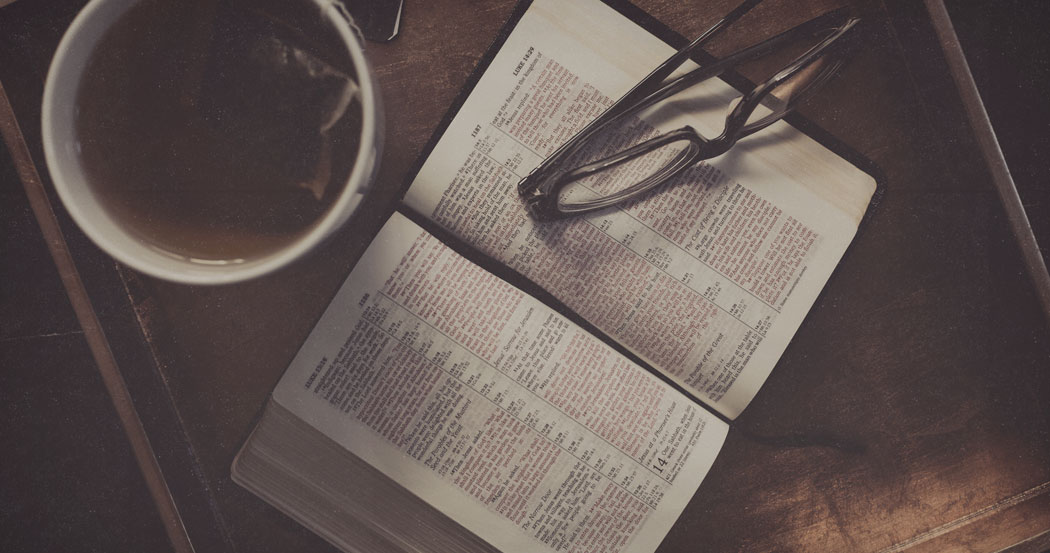 The Central Figure of Jesus

A Passion for Read and Understanding Scripture

The idea of printing the words of Christ in red originated with Lous Klopsch, editor of Christian Herald magazine. Klopsch was a close friend of such contemporaries as T. DeWitt Talmage, D.L. Moody, and Ira Sankey. Klopsch was an early supporter of Moody's Bible Institute in Chicago, rallying Christian Herald readers to send in contributions for the financially strapped school. In his eighteen years as proprietor of Christian Herald, Klopsch raised more than three billion dollars for relief work throughout the world.1

No cause was dearer to Klopsch's heart, however, than that of Scripture distribution and reading. Through Christian Herald Klopsch published more than 60,000 Bibles and Testaments annually during much of his tenure.2 But he wanted to do more than get the Bible into people's hands. He wanted people to read the Bible and understand it—particularly what it says about Jesus Christ.

Klopsch conceived the idea of printing some of the biblical text with red ink. When reading Jesus's words, "This cup is the new covenant in my blood, which is poured out for you" (Luke 22:20), he thought of printing all of Jesus's words in red, the color of his blood.3

Klopsch wrote in an explanatory note in his red-letter Bible:

Modern Christianity is striving zealously to draw nearer to the great Founder of the Faith. Setting aside mere human doctrines and theories regarding Him, it presses close to the Divine Presence, to gather from His own lips the definition of His mission to the world and His own revelation of the Father. . . . The Red Letter Bible has been prepared and issued in the full conviction that it will meet the needs of the student, the worker, and the searchers after truth everywhere.4

In the first red-letter Bible, the words "universally accepted as the utterances of our Lord and Saviour" were printed in red.5 So were Old Testament passages that Jesus quoted or that were directly related to incidents to which he referred (with the relevant cross reference also printed in red). Old Testament verses containing prophetic references to Christ were identified with red stars.

Though an ardent student of Scripture, Klopsch did not attempt to produce the red-letter Bible single-handedly. According to his biographer, Charles M. Pepper, he enlisted many scholars to assist him:

He engaged the services of a number of distinguished Bible scholars, including several leading college professors in this country and abroad. To each of these he wrote explaining the nature of the work, and giving to each a certain part of the books of the Old and New Testaments to mark for the 'Red Letter' edition. When the entire Bible was finished, the separate books were then interchanged among these workers, so that each eminent scholar practically went over the entire Bible and annotated the work already done by others. Many months were occupied in this interchange, but at last the task was accomplished.6

While Klopsch did not, in the red-letter Bible itself, supply the names of the scholars who had assisted him, he did state eloquently the case for such an edition:

Here the actual words, quotations, references and allusions of Christ, not separated from their context, nor in a fragmentary or disconnected form, but in their own proper place, as an integral part of the Sacred Record, stand out vividly conspicuous in the distinction of color. The plan also possesses the advantage of showing how frequently and how extensively, on the Authority of Christ himself, the authenticity of the Old Testament is confirmed, thus greatly facilitating comparison and verification, and enabling the student to trace the connection between the Old and the New, link by link, passage by passage.7

In the Red Letter Bible, more clearly than in any other edition of the Holy Scriptures, it becomes plain that from beginning to end, the central figure upon which all lines of law, history, poetry and prophecy converge is Jesus Christ, the Saviour of the world. He expounded in all the Scriptures the things concerning Himself and the Divine plan for man's redemption, and the Red Letter Bible indicates and emphasizes this Divine exposition and personal revelation at each successive stage, making them so clear that even the simplest may understand. It sheds a new radiance upon the sacred pages, by which the reader is enabled to trace unerringly the scarlet thread of prophecy from Genesis to Malachi. Like the Star which led the Magi to Bethlehem, this light, shining through the entire Word, leads straight to the person of the Divine Messiah, as the fulfillment of the promise of all the ages.8

Klopsch's red-letter New Testament bore this title: The New Testament . . . With All the Words Recorded Therein, as Having Been Spoken by Our Lord, Printed in Color. According to Pepper this innovative New Testament met with "instant success."9 Klopsch himself proceeded to produce, as we have seen, a red-letter Bible. It was released in 1901 under the title The Holy Bible: Red Letter Edition. Both the New Testament and the Bible were printed by the Christian Herald's own presses and bore the magazine publisher's imprint.

The novelty and success of the red-letter editions of Scripture did not go unnoticed in the competitive world of Bible publishing. At least three major publishers of Bibles quickly added such editions to their lists: A.J. Holman, Thomas Nelson and Sons, and John C. Winston. Holman, a Philadelphia house, had released The Holman New Self-Pronouncing Sunday-School Teacher's Bible around 1898. Soon after Klopsch published his red-letter New Testament, Holman issued a separate edition of the New Testament portion of its New Self-Pronouncing Bible in which the sayings of Christ were printed in red.10 Nelson, a New York publisher, was the first to provide an entire Bible to compete with Klopsch's. Printed by Berwick and Smith Company in Norwood, Massachusetts, it was titled The Red-Letter Edition of the Holy Bible . . . Showing the Whole of Our Lord's Words in Red.11 Winston, another Philadelphia company, followed suit with The Red Letter Holy Bible, in which "the words spoken by Jesus" and "the prophetic types and prophecies in the Old Testament referring to Christ" are printed in red.12 All three of these editions were published during the first decade of the twentieth century.

Red-letter Bibles went on to establish themselves in many quarters as the preferred form of the printed Bible. Louis Klopsch, who died in 1910, would undoubtedly take pride in the endurance of the innovation he introduced into Bible publishing.

Why I Wrote a Book about the Marrow Controversy

What is Jesus really like, truly like—deep down, through and through?

The Nicene Creed and the Importance of a Single Letter

The church could not be as grateful to anyone as they can and should be to Athanasius.

How to Fight Chronological Snobbery

C. S. Lewis saw and wrote about a suffocating enslavement to the beautiful myth of progress.