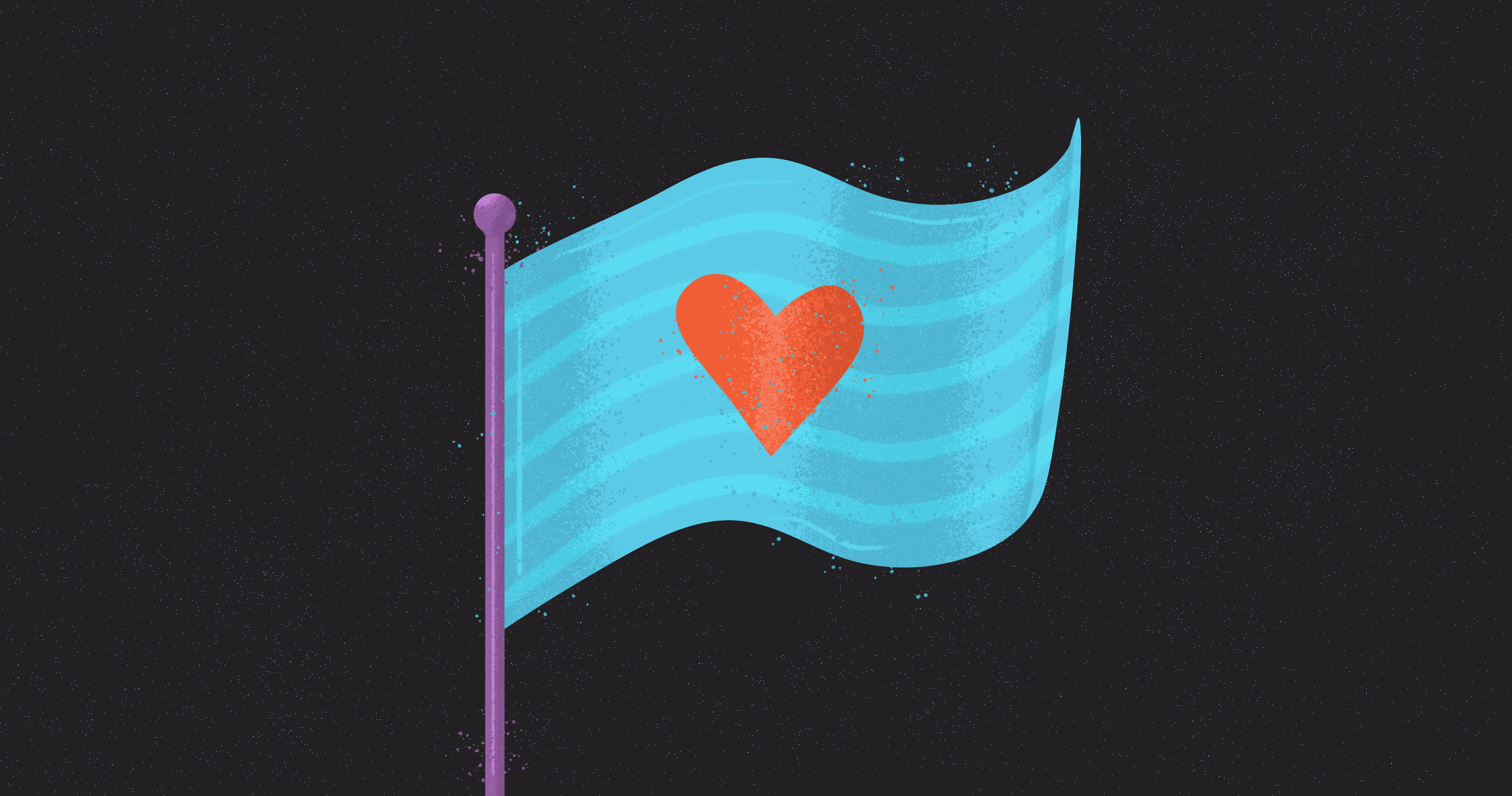 1Let every person be subject to the governing authorities. For there is no authority except from God, and those that exist have been instituted by God. 2Therefore whoever resists the authorities resists what God has appointed, and those who resist will incur judgment. 3For rulers are not a terror to good conduct, but to bad. Would you have no fear of the one who is in authority? Then do what is good, and you will receive his approval, 4for he is God’s servant for your good. But if you do wrong, be afraid, for he does not bear the sword in vain. For he is the servant of God, an avenger who carries out God’s wrath on the wrongdoer. 5Therefore one must be in subjection, not only to avoid God’s wrath but also for the sake of conscience. 6For because of this you also pay taxes, for the authorities are ministers of God, attending to this very thing. 7Pay to all what is owed to them: taxes to whom taxes are owed, revenue to whom revenue is owed, respect to whom respect is owed, honor to whom honor is owed. 8 Owe no one anything, except to love each other, for the one who loves another has fulfilled the law.9 For the commandments, “You shall not commit adultery, You shall not murder, You shall not steal, You shall not covet,” and any other commandment, are summed up in this word: “You shall love your neighbor as yourself.” 10 Love does no wrong to a neighbor; therefore love is the fulfilling of the law.

The apostle explicitly restates his theme of love in verses 8–10. But there is no reason to suppose he has left it as chapter 13 begins. As Romans 12:9–21 details love’s priorities in the Christian’s personal dealings, Romans 13:1–7 deals with love in the sense of rendering to Caesar what is Caesar’s (Matt. 22:21)—itself a form of love for both God and others (Matt. 22:37, 39).

Part of Christian integrity is civic responsibility. This begins with a sense of obligation to honor “governing authorities.” This sense, in turn, has a theological basis: God’s sovereignty as expressed in his establishment of the institution of human governments.

Paul speaks here in broad terms. In general, “the authorities” act legally and uphold the social order “God has appointed.” “Judgment” is the penalty for noncompliance, because God has delegated punishment to these authorities (cf. comment on 13:4).

When authorities overstep, believers may need to “obey God rather than men” (Acts 5:29). They may need to say to a king whose command is blasphemous, “We will not serve your gods or worship the golden image that you have set up” (Dan. 3:18). Jesus defied the extrabiblical Sabbath ordinances of his time. Paul’s counsel in Romans 13 assumes a government acting within its God-appointed parameters. When it does not, other measures may be in order.

This statement proves true in many social orders much of the time in much of the world. “Do what is good, and you will receive [the ruler’s] approval” is in general sound advice. Christians should have no part in illegal activities no matter how socially acceptable those activities may be.

On the other hand, in Islamic settings Christian witness may be declared illegal. In Communist China there are prohibitions against public worship and Christian instruction of one’s own children. Paul is not envisioning such developments but assuming the general framework of Roman law and order in force for his Roman audience.

“God’s servant for your good” restates that God rules this world in part through delegating government to civil servants. Membership in God’s kingdom does not dissolve one’s responsibility to Caesar or (in the modern setting) the constitutional order of one’s country, state, county, city, or town. “Carries out God’s wrath” legitimizes use of force sufficient to thwart the schemes of evildoers. It also suggests that God’s wrath (Rom. 1:18; Rom. 2:5, 8; Rom. 3:5; Rom. 4:15; Rom. 5:9; Rom. 9:22) is inflicted not only in apocalyptic manifestation at the last day but along the way in the form of painful legal consequences for lawless acts.

Even something as mundane as paying taxes is an expression of obedience to God and love for him.

Governmental tyranny is a potential evil, but so is anarchy. “Subjection” means recognition of authority and compliance with it. Paul’s counsel here is not isolated:

Remind them to be submissive to rulers and authorities, to be obedient, to be ready for every good work . . . (Titus 3:1)

“For the sake of conscience” indicates that respect for government should not be mere outward conformity but an expression of inner conviction rooted in one’s relationship to God.

Even something as mundane as paying taxes is an expression of obedience to God and love for him, since taxes are a practical means of financing the governments God establishes (Rom 13:1). Jesus payed taxes, though on one occasion his means to do so were supernaturally provided (Matt. 17:24–27). But the compliance of the sinless Son of God with tax laws confirms God’s potential sanction of them (some may be unjust or misguided and need repeal or reform; that process is also part of government).

“Ministers” in Romans 13:6 is not diakonoi, the more common Greek term for servants, but leitourgoi, a word that can connote mediation of the sacred. Tax collection and collectors in the Roman world were often corrupt; the work of God’s love even in that unjust social order is reflected in the prominence of tax collectors in the Gospels (nearly two dozen mentions). They were a special focus of Jesus’ ministry (Levi or Matthew was one of the twelve; Matt. 10:3; Luke 5:27) even though the Lord was criticized for his association with them (Matt. 9:11; 11:19).

“Taxes” and “revenue” are financial obligations. In the Roman world many civil authorities (whose power was mingled with state-sanctioned Roman religion) demanded “respect” and “honor” as part of their compensation. Failure to show honor might be punishable.

Paul returns to the theme of love he began in Romans 12:9. “Owe” is related to the word “owed” in Romans 13:7, showing that Christian love is expressed in due submission to civil authority. Paul’s point is that believers should view their societal obligations as obligations of love—and fulfill them by doing them.

“Has fulfilled the law” confirms that Paul’s earlier teaching on the law, including at Romans 10:4 (“Christ is the end of the law”), does not signal the termination of the relevance of God’s law for Christian thought and behavior. It is, after all, in the law that the love commands (for God, Deut. 6:5; for neighbor, Lev. 19:18) are first formulated.

Paul lists various laws from the Decalogue to show what they have in common. Compliance with them is essentially showing love for one’s neighbor. This does not mean laws against adultery, murder, theft, or coveting are no longer valid or needed. For one thing, they offer abiding light for civil law, in which they were frequently encoded in the West until recently. Rather, these specific laws (“and any other commandment,” rightly interpreted, contained in Scripture) instruct believers in living lovingly. Law teaches what sorts of behavioral responses God expects, and by his Spirit empowers, when people appropriate his grace in the gospel.

The first clause of this verse could also be translated, “Love does not do evil to one’s neighbor.” This is the agapē love Paul has had in mind since 12:9, not generic human affection. Outside of God’s transforming grace and moral direction as expressed in Scripture, human “love” often does wrong to others since it can be an expression of selfishness (as when a parent “loves” a child by dominating him) or a means of exploitation (as when an intimate partner commits fornication or adultery under the pretext of “love”).

But the divine love poured out through the gospel message (5:5) takes a shape that reflects God’s moral character and promotion of others as these emerge in the course of OT and NT revelation. To love in such ways, as God has loved and commanded, “is the fulfilling of the law.” It is also a helpful pointer toward what Paul meant when he wrote earlier, “Do we then overthrow the law by this faith? By no means! On the contrary, we uphold the law” (Rom. 3:31). We uphold it in large measure by our grace-generated love and loving. 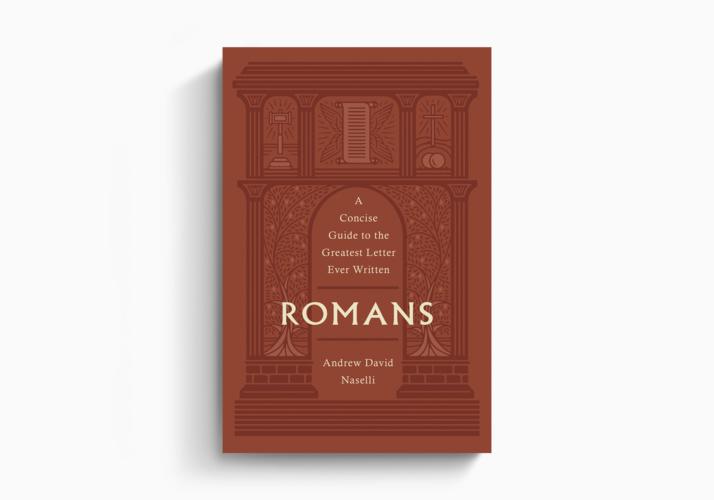 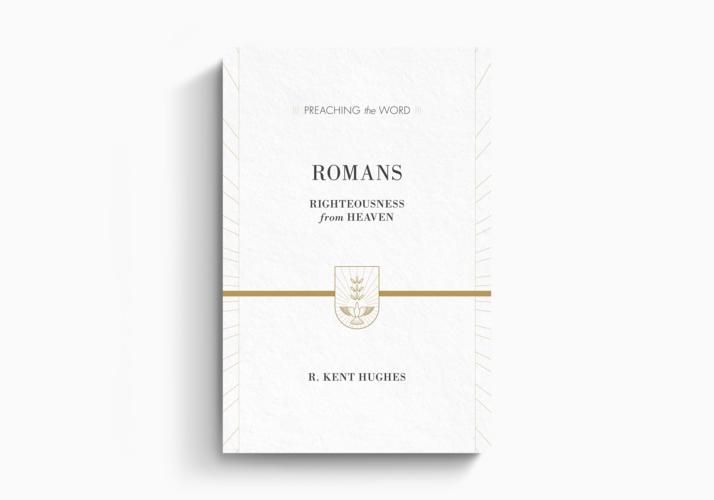