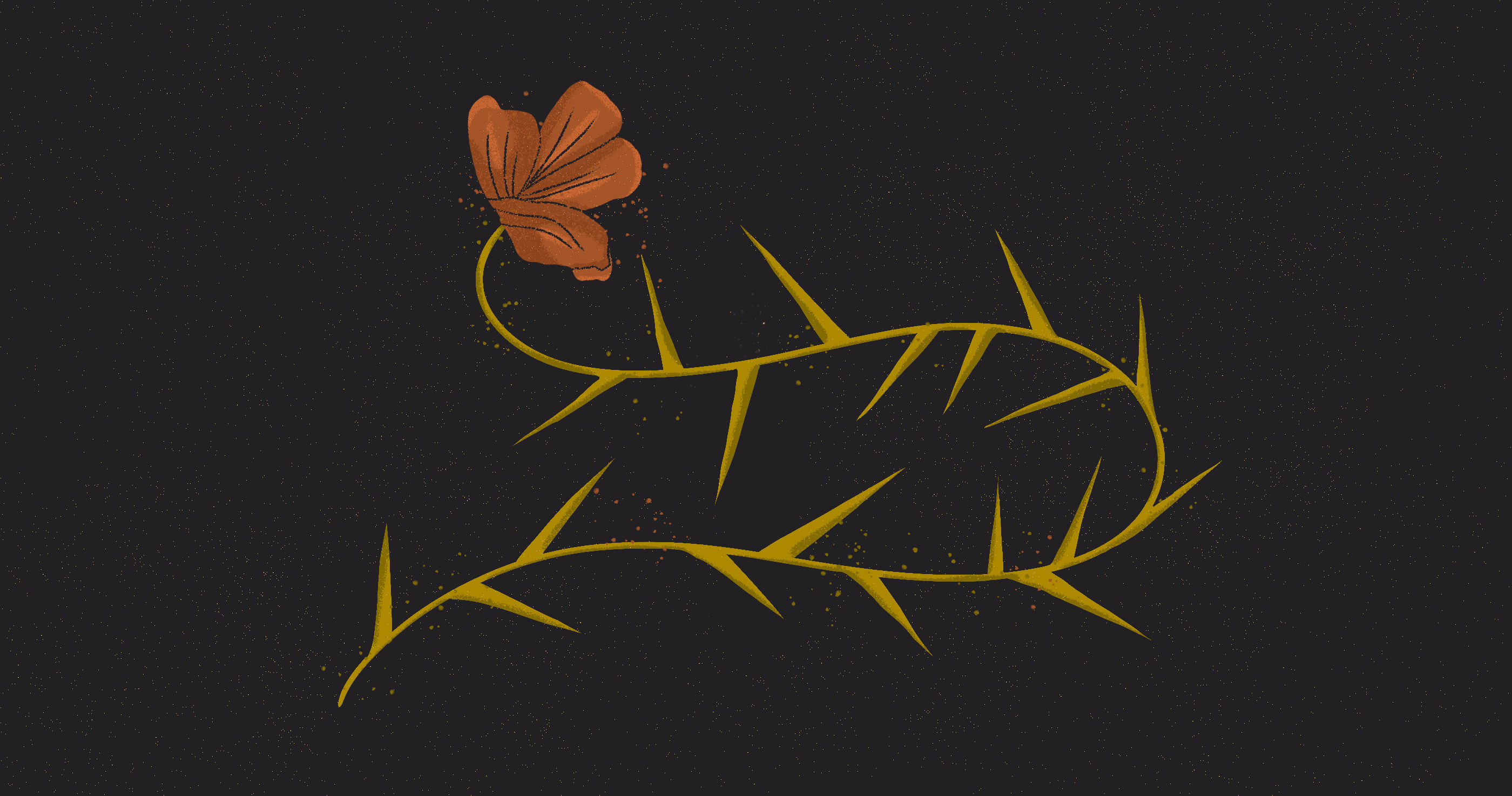 7 So to keep me from becoming conceited because of the surpassing greatness of the revelations, a thorn was given me in the flesh, a messenger of Satan to harass me, to keep me from becoming conceited. 8 Three times I pleaded with the Lord about this, that it should leave me. 9 But he said to me, “My grace is sufficient for you, for my power is made perfect in weakness.” Therefore I will boast all the more gladly of my weaknesses, so that the power of Christ may rest upon me. 10 For the sake of Christ, then, I am content with weaknesses, insults, hardships, persecutions, and calamities. For when I am weak, then I am strong.

The Affliction of the Thorn

Here Paul introduces the thorn in the flesh that afflicted him in the wake of his heavenly experience. We today might picture a small rosebush thorn, but the term used (Gk. skolops) could designate objects as large as a stake on which one might be impaled. The thorn generated more than mere annoyance; it generated agony corresponding to the glory of what Paul had seen in the highest heaven. Though the thorn was (presumably) introduced into Paul’s life fourteen years prior, verses 8–10 give every indication that it is still a present reality and thus represents a prolonged, sustained pain. But what was the thorn? Speculation does us no good. We do not know. And that is just as well, lest those whose afflictions are of a different nature than Paul’s feel disqualified from applying his teaching to their own hearts. Probably Paul was intentionally vague, not only for maximal application but also to prevent spotlighting his own life any more than necessary. Paul’s point is not the content of the thorn but its intent. 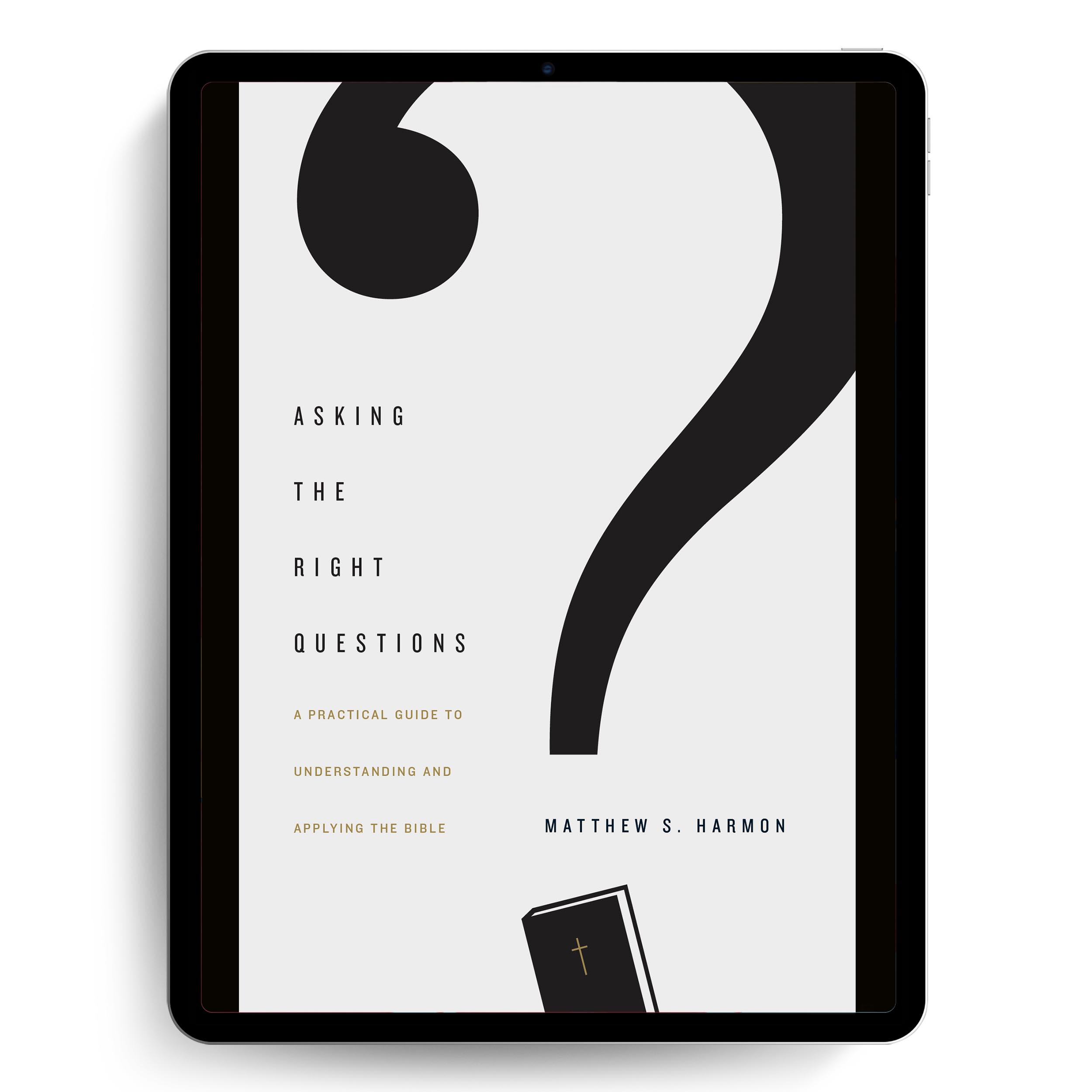 And what is that intent? Paul’s humility: “to keep me from becoming conceited.” The verb here (Gk. hyperairōmai) means to be lifted up. The thorn’s purpose is to deflate the certainty that Paul would quietly become puffed up over his indescribable experience of heaven. And who would not, without a thorn to burst that bubble? And so the Lord lovingly, gently, sovereignly afflicts his dear apostle. Or was it the Lord? Does the text not ascribe the thorn to Satan or one of his emissaries? Indeed. The thorn was given to “harass” Paul — surely the work of the Devil. Yet surrounding this desire to harass is a purpose to humble Paul, mentioned twice, once at the beginning of the verse and once at the end. Satan’s purpose is sandwiched within God’s. In a mysterious overlay of divine sovereignty and evil, even satanic activity falls within the scope of God’s sovereign purposes. God is not the author of evil in such a way that renders him morally culpable. He is incapable of doing anything that is morally tainted. Yet even the evilest act of human history was ordained by God (Acts 2:23; 4:27–28). So too with lesser evils.

Pleading with the Lord

So Paul did in 2 Corinthians, 12:8 what any of us would do: he asked for the thorn to be removed. Just as the “third” heaven (2 Cor. 12:2) likely refers to the heaven of heavens, the heart of heaven, so “three times” likely means Paul pleaded with the Lord to exhaustion. He did not make the request more than twice but fewer than four times. Rather, it was a complete, comprehensive, full request. He did not ask timidly or passingly. The very verb he uses, “I pleaded” (using parakaleō), not simply “I asked,” already makes this clear. That Paul pled with the Lord to have the thorn removed is further proof that the Lord was the one providentially behind the giving of the thorn.

God’s “grace” here is not primarily objective, forgiving grace (as in, say, Rom. 3:24). Rather, Paul is using “grace” more broadly as shorthand for the presence of God—sustaining, empowering, calming, supporting, comforting, emboldening, satisfying. “My grace is sufficient for you” means “I am sufficient for you.” Why, then, use the word “grace”? Because the Lord sought to reassure Paul that he need not earn or deserve God’s presence. It is of grace. This grace is further clarified by the next clause: “for my power is made perfect in weakness.” It is a grace that channels divine power. The presence of God will sustain Paul; the power of God will strengthen him. What we must not miss is that it is not Paul’s strength but God’s. Paul’s contribution is weakness. But this is not a concession; it is precisely what God needs. This is the mystery, the wonder, the glory, of apostolic Christianity: our weakness attracts, not repels, God’s own power. Our lowness and incapacities, which we naturally fear and flee, are precisely where God loves to dwell.

A Renewed Understanding of Weakness

As a result, Paul’s pursuits are flipped upside down. He had been given a revelation of heaven in 2 Corinthians 12:1–6. But he has been given a revelation of how heaven intersects with fallen sinners in verses 7–10, namely, through human weakness. The first revelation brought him way up high; the second, way down low (perhaps Paul had his heavenly vision and his thorn in the flesh in mind when he said in Romans 8:39 that neither “height nor depth” can “separate us from the love of God in Christ”). And this second revelation has inverted his source of boasting. Instead of building his identity on his areas of strength, he builds his identity on the very weakness the world and the flesh eschew. Competence is not where God’s power lies. Frailty is. Feebleness. For there God’s grace ignites. There God himself dwells.

Indeed, Paul uses ancient language to speak of God’s power as resting upon him. The verb for “rest” (Gk. episkēnoō) is built on the root word for tabernacle, the portable temple in which alone God’s presence dwelt in times of old. But while God’s power was once cordoned off from all weak and defiled sinners, now it is precisely the weakness of sinners that draws in the power of God. Once more we see Paul quietly indicating that the new age has dawned in Christ. And in this new age, God’s power does not operate the way we expect.

In 2 Corinthians 12:10 Paul comes to his triumphant conclusion to his thorn experience. This is also probably the high point of the entire letter. This verse crystallizes and illuminates Paul’s entire argument in 2 Corinthians. Having seen now the secret to the power of Christ tabernacling upon him, Paul fills out what he means in verse 9 by “I will boast all the more gladly of my weaknesses.” What kind of weaknesses? Paul answers with a list of five categories of increasing intensity of difficulty:

Paul says that he is “content with” (Gk. eudokeō) these things, but the Greek verb is stronger than that. It means to “be well pleased with” or to “delight in” something and is used, for example, of the Father’s being “well pleased” with the Son in Matthew 3:17. Paul is not saying he is merely “content” with every mortal weakness that renders him frail and seemingly vulnerable. He steps into them. He embraces them. This is a tone not of resignation but of eagerness. To be clear, this is not masochism. Paul does not delight in the weaknesses in themselves. This is clarified by his addition of “for the sake of Christ.” Paul delights in weakness because it opens him up to heaven’s blessings and strength. His spiritual power surges forward.

And so, to sum up: “When I am weak, then I am strong.” Paul refers not simply to isolated and occasional experiences of weakness, in which case strength ignites. The Greek word here rendered “when” (hotan) suggests that he has in mind a perpetual state of weakness, and thus a perpetual state of receiving divine strength. Paul saw now that his weakness was not an obstacle to but the gateway for God’s strength.

God’s Power in Us

Ability, strength, and success feel safe. But they are deadly dangerous, creating conceit. Inability, weakness, and failure feel dangerous. But they are safe ground, creating humility. Beyond this, our lowly weakness physically, psychologically, intellectually, educationally, and even spiritually is precisely the catalyst for divine power. Power for what? For calm, for growth, for joy, for communion with God, for evangelistic unction, for our preaching to sing. In short, for fruitfulness in the Christian life. Jesus himself taught, “Unless a grain of wheat falls into the earth and dies, it remains alone; but if it dies, it bears much fruit” (John 12:24).

Do we long for our lives to make a difference for Christ? We ought not be discouraged by our smallness, our foibles, our past, our stumbling. We can take these things and offer them to God. He can do far more with these than with our areas of strength. This does not mean we are consciously to avoid exercising the areas where we are strong (cf. 1 Cor. 12:4–11). It means that as we exercise our areas of gifting or strength, we do so in a conscious awareness of our spiritual impotence to bring any lasting fruit out of our own strength or cleverness.

More than this, it means that when life goes into meltdown, when our feet are swept out from under us with the perplexing surprises of life, we do not throw in the towel. We return afresh to God. That moment of life implosion, taken to Christ, is where we will finally get traction and power in our Christian lives. Our agony is where God himself lives.

This article is by Dane C. Ortlund and is adapted from ESV Expository Commentary: Romans–Galatians (Volume 10). 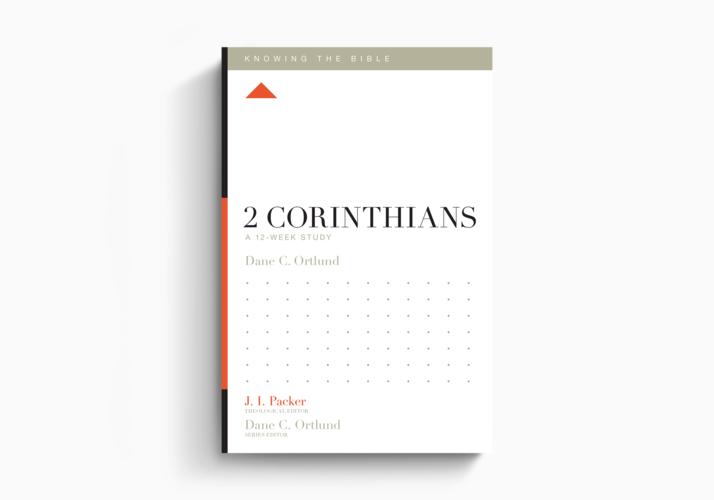 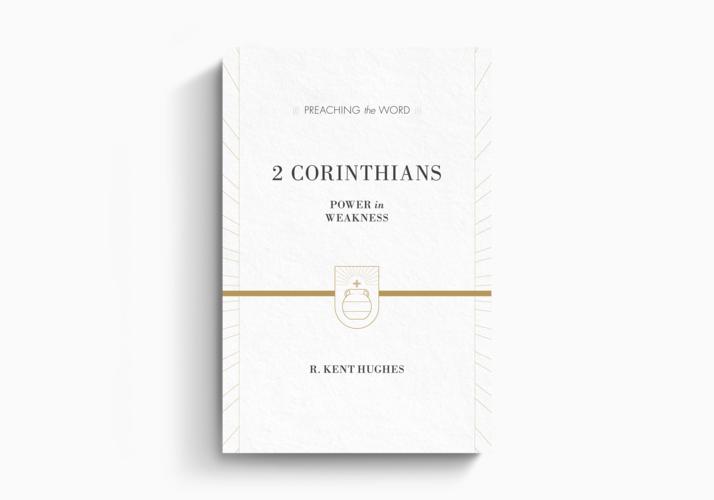 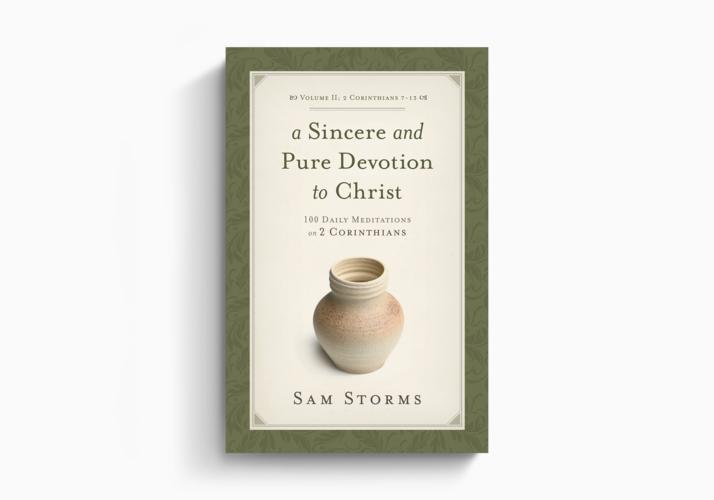 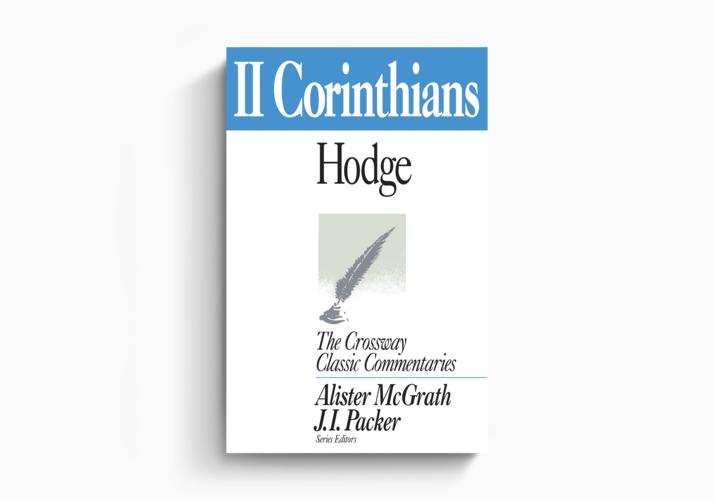 2 Corinthians
Charles Hodge
Crossway is a not-for-profit Christian ministry that exists solely for the purpose of proclaiming the gospel through publishing gospel-centered, Bible-centered content. Learn more or donate today at crossway.org/about.