And the Lord said to me, “Go again, love a woman who is loved by another man and is an adulteress, even as the Lord loves the children of Israel, though they turn to other gods and love cakes of raisins.”2So I bought her for fifteen shekels of silver and a homer and a lethech of barley.3And I said to her, “You must dwell as mine for many days. You shall not play the whore, or belong to another man; so will I also be to you.”4For the children of Israel shall dwell many days without king or prince, without sacrifice or pillar, without ephod or household gods.5Afterward the children of Israel shall return and seek the Lord their God, and David their king, and they shall come in fear to the Lord and to his goodness in the latter days.
—Hosea 3:1-5

Yahweh commands Hosea to marry a “wife of whoredom [zenunim]” (1:2). This Hebrew term indicates illicit sexual behavior. Moses uses the word in Genesis 38:24 to refer to Tamar’s posing as a shrine prostitute in order to entice Judah. Hosea’s wife, Gomer, bears this label, not necessarily because she is a prostitute but because she is (or will become) a woman characterized by sexual infidelity.

The ESV translates the last phrase of Hosea 1:2, “for the land commits great whoredom by forsaking the Lord.” The Hebrew idiom woodenly reads, “for the land commits great whoredom from after the Lord.” This is the first of a series of expressions in Hosea where God puts himself in the place of a forsaken human lover (cf. comment on 2:2–5 [esp. v. 5]). Hosea does as Yahweh instructed and marries Gomer, who then bears him a son (1:3). 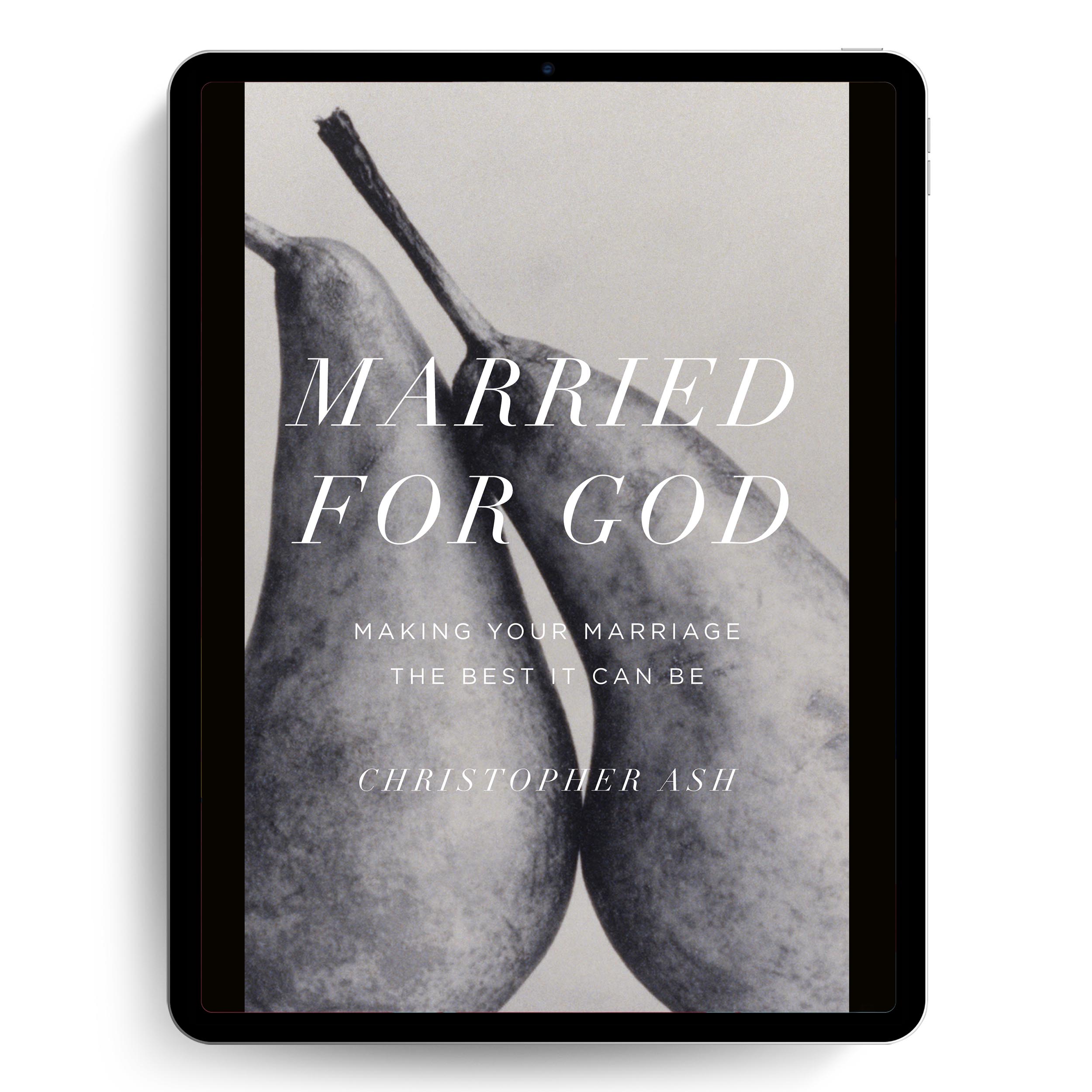 Get a free copy of the ebook ‘Married for God’ by telling us a little bit about yourself!

In the autobiographical sketch of 3:1–5, the prophet tells his story, as once more he is called to image Yahweh. But is the woman he now pursues his wife, Gomer? The text does not explicitly identify her. She is an adulteress, and “another man” loves her (v. 1). But it would hardly make sense if this woman were not Gomer. The whole point seems to be that her estranged husband sought her out, did what was needed to redeem her from her lover, and brought her back into his house, at great cost to himself (silver and foodstuffs; v. 2). This extraordinary expression of love reflects how God has loved Israel. She, too, is faithless, and betrays her husband (the Lord) through her worship of other gods. Raisin cakes (v. 1)—which are mentioned along with “other gods”—were apparently an element of pagan religion, and their mention here underscores Israel’s faithlessness. She loves her promiscuity.

Hosea lays down the law to Gomer: she is to be celibate for a season. Her nymphomaniacal addiction must be cured through abstinence “for many days” (v. 3). Of course, he promises to abstain as well (“so will I also be to you”). This is a picture of the nation, which for “many days” would be bereft of idolatrous kings (v. 4). At the very least, this means that Israel would no longer be a sovereign nation. It may also be that her political leadership is mentioned in particular because it was the engine of false religion and is thus specifically targeted in order for false religion to stop as well. In either case, the destruction they will experience will be sufficiently thorough to wipe out political structures and worship practices (“without sacrifice or pillar, without ephod or household gods”; v. 4).

Soon after Hosea prophesied, Israel was ravaged, destroyed, and carried off to Assyria (2 Kings 18:9–12). But this was not to be the end for God’s people in the land, as a return is promised (Hos. 3:5), which was fulfilled when exiled Judah returned from Babylonian captivity to “seek the Lord their God, and David their king, and . . . come in fear to the Lord.” This word for “fear” usually implies dread or terror: Israel will have learned that the Lord truly does deal with sin harshly. Of course, this prophecy does not refer to the literal king David; instead, it looks to the hope for an anointed king sitting rightfully on David’s throne in Jerusalem. Those estranged both from Yahweh and from his established king will seek them out and find well-being in a renewed relationship with their God.