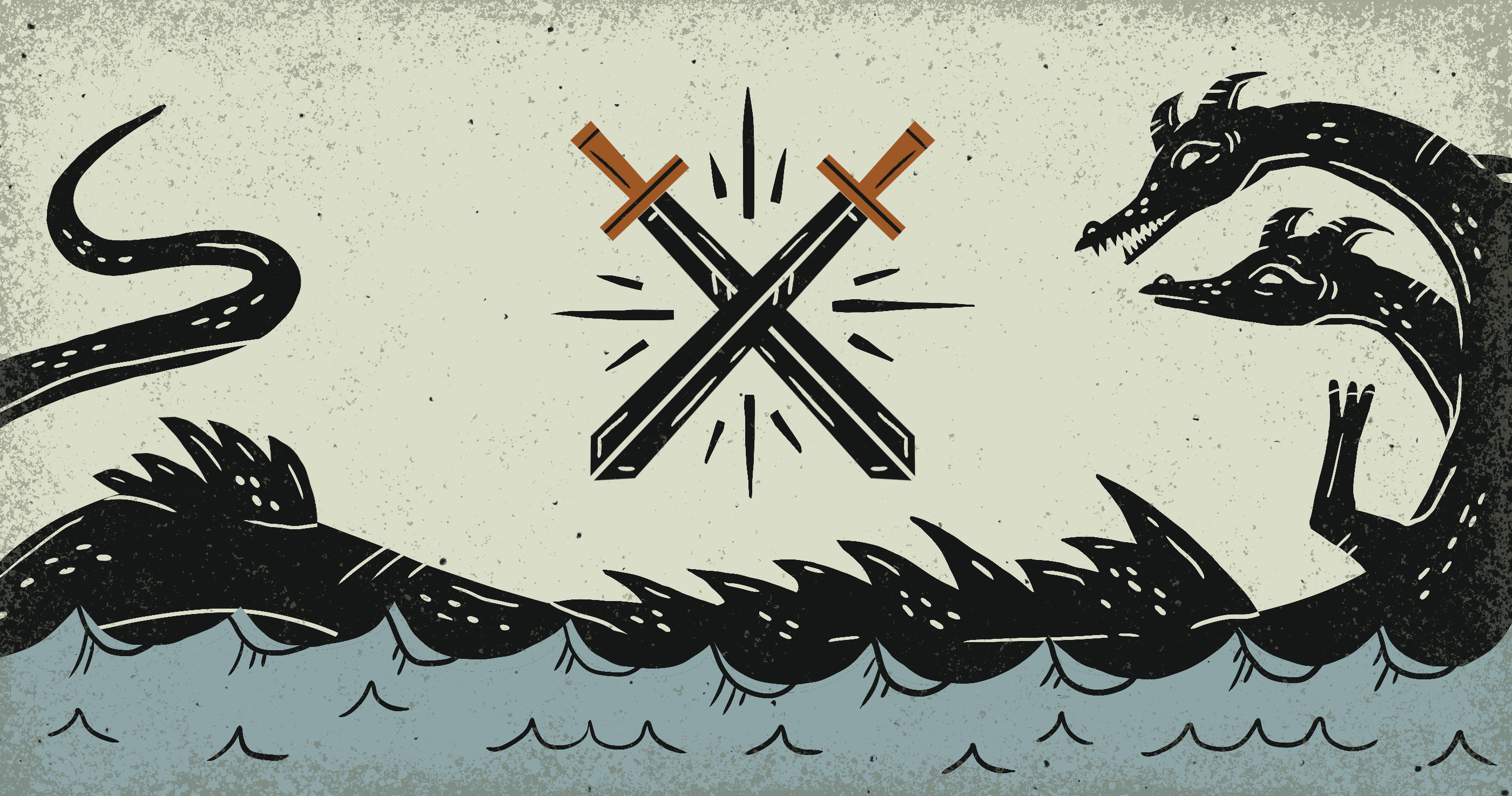 “Joy” is probably the last word most of us would use to describe the book of Job. What could be less joyful than the nightmare of Job’s suffering in Job 1–2? And does anyone find it joyful to wade through over thirty chapters of intense, agonized poetry as Job and his friends try and try and fail to figure out why Job’s tragedy happened? There are some very moving moments as we watch Job persevere in trusting God (Job 19:25–27; Job 23:3–7), but I always come to the final chapters of Job with a sense of relief.

Job is a very difficult book to work through and to understand. But it has a quality of joy which is easy to miss but very profound. We mostly see it in God’s perspective on Job and all creation, and the way God reveals this to Job at the end of the book. 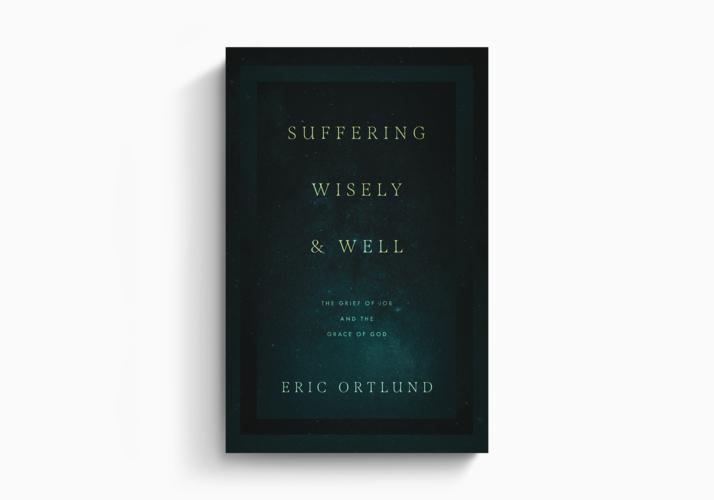 In Suffering Wisely and Well, Eric Ortlund explores different types of trials throughout Scripture, particularly the story of Job, revealing the spiritual purpose for pain and reassuring readers with God’s promise of restoration.

God is (if I can put it this way) completely enthusiastic and even proud of his servant: “There is no one like him in all the earth!”. We see throughout the debate with the friends that Job loves God deeply and that, in all his suffering, the loss of intimacy with God and the thought that God is inexplicably angry with him is what pains Job the most (Job never once asks for the blessed life of Job 1–2 back, but only and obsessively talks about someone reconnecting with God). What Job 1:8 shows is that God feels the same way about Job.

This high view and warm regard of Job widens into a joy in all creation in God’s speeches at the end of the book. There is a lot going on in Job 38–41 which we don’t have space for, of course, but briefly, God implies to Job that he was not the direct source of his suffering, as Job had assumed. There are more things in heaven and earth than Job has suspected, sinister and mysterious chaotic powers which God allows some limited agency for the present but will one day destroy (see Job 40:19, 41:7–11; Leviathan is Old Testament language for Satan). This clarifies for Job that there is no enmity between God and himself. Quite to the contrary, God is Job’s champion against supernatural evil which Job knows of distantly (Job 3:8) but could never subdue himself (Job 41:1–11). Job thought God turned into his enemy for no reason (Job 10:2–3), but it turns out that God has been his friend all along, and will one day go to war against the chaos which destroyed Job’s life. No wonder Job despises himself and repents (Job 42:6)!

This is, so far as I can tell, the main thrust of God’s speech to Job. But there is also a quality of joy in the Lord’s speeches which I think Job is meant to pick up as well. Remember that Job earlier cursed his existence into darkness (Job 3). If God and Job can’t be friends, then Job doesn’t see any point to ever having been born. God seems to have Job’s first speech in mind at the beginning of his own first speech, for he interrupts the darkness of that earlier passage with light and joy (Job 38:4–7). Beings higher than Job could not help breaking into song when God put the world together (Job 38:4–7). Surely this perspective trumps Job’s? Job knows so little of the world (Job 38:4–5); surely his dark certainties are undermined by God’s global perspective and the joy with which heaven erupted when God created the world?

This is profound. It can be easy, when God allows some terrible loss in a way that does not make any sense, to start seeing everything through the lens of our suffering. We start to think So this is how life really is. I’ve been living in a fairy tale up to this moment. I need to stop deceiving myself. All the world contracts into pain. The first part of God’s speech breaks this open. God is able to look on the whole of created reality and rejoice. Surely his perspective counts more than ours. What if the joy which the angels expressed at the beginning of created time is the ultimate truth about God’s world?

It’s important to emphasize that this is not because God is unrealistic about how awful life in his world can sometimes be. Quite the contrary, God’s global perspective on his world means he sees clearly everything that is wrong with his world—those elements of chaos and evil which still need to be defeated. This is communicated through the list of animals in Job 38:39–39:30, all of which are unclean scavengers from an Old Testament perspective, and some of which would have been very dangerous to Job (i.e., it is a way of implying to Job that God understands there are sinister and dangerous elements at loose in his world). It is more clearly communicated through the descriptions of Behemoth and Leviathan in Job 40–41. It would take a longer argument to demonstrate, but there are good reasons for seeing these strange creatures not as two more animal species, but as Old Testament symbols for supernatural chaos (for example, see the dragon-like monster of Ps. 74:13–14 and Isa. 27:1). In describing them at such length, God communicates to Job that he is entirely aware of what still needs to be redeemed in his creation—indeed, he sees Leviathan far more clearly than Job does. But the one person who is the most realistic about what is wrong with his world is also the most joyful about it. God even goes so far as to speak joyfully about Leviathan the monster. We see this in Job 41:12, where God speaks of Leviathan’s “goodly frame.”

This is a very strange thing to say—especially when God immediately proceeds to describe at length the creature’s scales and fangs and fiery breath and massive, writhing energy (Job 13–34). Why would God pay Leviathan this compliment? It cannot be a way of saying that Leviathan is somehow good, because everything else God says shows that the monster is a terrifying and overwhelming threat which Job could not even so much as touch, much less take up arms against (Job 38:8). But God sounds the opposite of defensive or morose or apologetic when describing Leviathan. He's almost happy as he speaks of the creature’s “goodly frame.” What are we to make of this? If Leviathan is not good in itself but a monster, if God precedes Leviathan’s description by speaking of the monster’s defeat (Job 38:7–11), could that be the source of God’s joy? Job cannot fill Leviathan’s side with harpoons (Job 38:7) or stir him up to battle (Job 38: 8, 10); but God can and will. As he surveys with Job the creature’s terrifying proportions, a kind of joy animates the words. Looks at those scales, Job! The fangs and numinous fire shooting from its snout! Oh, I cannot wait for the day I unsheathe my sword and destroy that chaos! (Isa. 27:1).

The Son of God is the ultimate Job—and not even the unimaginable price which he paid to redeem the world can break his joy.

All of this is to say that God is much more joyful about Job than Job suspects during the debate with the friends, and much more joyful about creation this side of the eschaton than either Job or the friends suspect. Not even the presence of Leviathan can dampen the joy which God has in his world! The one person who most clearly sees every part of creation, and everything which still needs to be redeemed, is the one person who speaks about the world most highly. Furthermore, God’s joy takes on deeper poignancy and compelling power when we remember that it will take the death of his precious Son, not only to win forgiveness, but to triumph over the powers and authorities (Col. 2:15). If God won this victory grudgingly, we would still be duty bound to praise and thank him every day. But when Jesus goes to the cross full knowing its horrors (Luke 22:44) but still joyful (Heb. 12:2), well, one is almost at a loss for words. I think the most I can say is that such joy delivers us into a different world entirely. What if this perspective of utter realism and utter joy is the truth about God’s world? Furthermore, if God can view his world this way, what kind of courage and joy might characterize those who trust and follow him?

The verses we have been considering in the book of Job teach us that no matter what dark storm clouds God allows to cover us, the sun still shines above. No matter how deeply we might feel abandoned by God, his unstinting joy and (if I can put it this way) his pride in us is unchanged. They also unsettle and disrupt those dark suspicions we might have about God and his world when he allows terrible suffering. The Son of God is the ultimate Job—and not even the unimaginable price which he paid to redeem the world can break his joy. That is the truth of God’s world, even with Leviathan still loose. The book of Job asks us to consider and enter into this unspeakably profound joy.

Eric Ortlund is the author of Suffering Wisely and Well: The Grief of Job and the Grace of God.

Eric Ortlund (PhD, University of Edinburgh) teaches at Oak Hill College in London, England. He previously taught Old Testament at Briercrest College and Seminary in Saskatchewan, Canada, for ten years. He and his wife, Erin, have two children.

6 Questions about the Book of Job

The book of Job is realistic in the sufferings it sets before disciples of Jesus and full of glorious hope because of the resurrection of Jesus Christ.

In the context of the whole Bible, perhaps the deepest error and omission of Job’s friends is this: they have no place for innocent suffering.

Christopher Ash discusses the story of Job and how God's goodness shines through suffering. He also explores the roles of Satan, the fall, and the cross of Jesus Christ in human suffering.

Eric Ortlund looks at the example of Job and how, as Christians, we should respond when we face the kind of suffering that Job did.