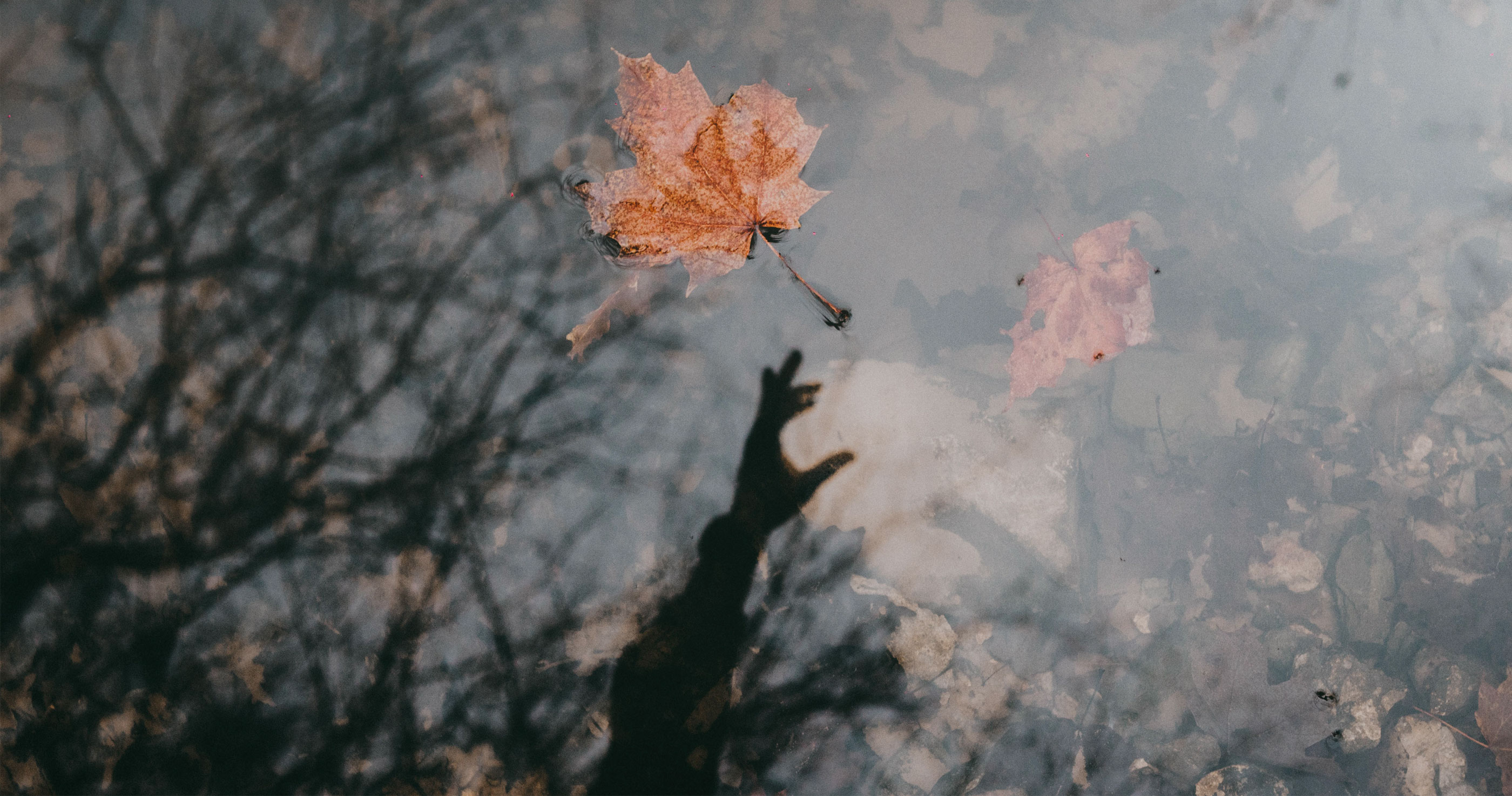 The Curse of Being Untouchable

When Jesus walked the earth, leprosy was the worst of all plagues. Not only was it a filthy, deadly disease from which no one recovered, but its contagion spread arbitrarily and wildly, rendering beloved family members outcasts and wanderers in the beat of a heart. Like Frankenstein’s creature, the leper’s skin no longer covered his sinews and muscles. With a pop of white pus, a beloved family member overnight became abhorrent. Lepers—moral and social outcasts, isolated, rejected, feared, despised—banded together in pain, waiting to die, bereft of hope. Leprosy was a medical plague with legal warrants for arrest and disbandment. The ceremonial law deemed the leper morally and physically unclean. Leprosy was more than an infectious skin disease. It rendered the person who embodied it unfit to be part of a healthy community and unable to join in the worship of God. When Jesus walked the earth, leprosy was thus a repulsive corporealization of original sin. It was not caused by a particular sin or behavior. Rather, it pointed to our sin nature, the walking time bomb inside each and every one of us. The only solution was containment of the leper and protection for the yet healthy. Whole chapters of the law—Leviticus 13 and 14— are devoted to how to contain the contagion and restore the healed leper. This disease could transform a beloved father or mother into a despised outcast overnight. One day you could enjoy belonging, touch, recognition, value. The next, you were as good as garbage.

Leprosy was no metaphor. It was real as rain.

And when God sent his son, Jesus, fully God and fully man, to live on earth, two remarkable things happened.

The Gospel Comes with a House Key

With engaging stories from her own life-changing encounter with radically ordinary hospitality, Butterfield equips Christians to use their homes as a means to showing a post-Christian world what authentic love and faith really look like.

The Touch that Changed the World

Luke 5 records how a man “full of leprosy” walked up to Jesus. Let’s stop right there. Jesus was not visiting a leper colony in this particular scene. He was not going to the outcast, out to the margins. No, here the margins were moving to the center. The leper left the leper colony (illegal, dangerous for all parties) and made a beeline for Jesus and fell on his face. The man with leprosy begged, “Lord, if you will, you can make me clean” (Luke 5:12). It took mountain-moving faith and courage—perhaps even prophetic faith and courage—to leave the leper colony and head to the heart of the city, to leave the safety of one’s culture, one’s people, one’s appointed place, and go to Jesus. As he approached Jesus, his mind must have been swirling with self-condemnation: You are a danger to yourself and others; you are breaking the law; you will hurt those you love. But his faith carried him with courage. And we know that faith compelled this man, because he called Jesus “Lord”—a title for Jesus that only the faithful in Scripture used. Faith in Jesus made the leper do the unthinkable. The leper risked arrest. The leper risked causing a public health crisis and infecting others.

The leper knew he needed Jesus, not social betterment. And then Jesus did the craziest thing anyone had ever seen.

He touched this man—the man who had not been touched since the plague had ravaged his body, the man whose fate was sealed from the moment the first white sore appeared. This very same man was touched by the Son of God.

When Jesus touched the leper, he did not invent grace. God the Father did, and we see this throughout the Old Testament, even in healing leprosy. The great Syrian general Naaman was healed of his leprosy by Elisha, thanks to the spiritual wisdom of a nameless Hebrew slave girl who knew above all else that there is a prophet in Israel who heals (2 Kings 5:1–14). Luke records how important Naaman’s healing was: “And there were many lepers in Israel in the time of the prophet Elisha, and none of them was cleansed, but only Naaman the Syrian” (Luke 4:27). I suspect Elisha healed Naaman for the sake of the nameless Hebrew slave, whose faith was strong and more contagious than the leprosy of her master. Indeed, she had faith that Elisha could do something that he had never done before. Because that is what real faith is: resting in assurance on a promise of God that has yet to be materialized.

It is vital to see what healing and salvation mean when they come from the hand of God.

He did not tell the leper that God loved and approved of him just as he was. Jesus did not say that the problem of leprosy was a social construction rooted only in the mind of the beholder, and now that “grace” had arrived, “the law” was no longer binding. Jesus did not encourage the leper to develop greater self-esteem. Nor did Jesus rebuke the faith community for upholding irrational taboos against leprosy—leprophobia. No. The problem was the contagion, and the contagion was no social construct. The contagion was dangerous. When Jesus walked the earth, he wasn’t afraid to touch hurting people. He drew people in close. He met them empty and left them full. Jesus turned everything upside down.

This is the Jesus paradox—the touch from Jesus that launches a contagion of grace for those who believe, repent, turn, and follow, a contagion of grace that allows the believer to love those who hate in return and to pray, serve, and sacrifice so that others, like the nameless Hebrew slave, can know that God is alive and rescues those who call.

Jesus can set into motion a contagion of grace with his touch because the Son of God has fulfilled the law of God and has mercy on his people, knowing that we are sinners, mere men and women, unable to save ourselves. Jesus came untouched by the original sin that distorts, the actual sin that distracts, and the indwelling sin that manipulates. Jesus is no puppet on the strings of Satan, as we too often are. And when Jesus fulfilled the law by dying on the cross and rising by his own power to sit at God the Father’s right hand, he gave his people the power to overcome the sin that enslaves them. He gave us his blood to wash away our sins, he gave us his Word to instruct and heal us, and he sent the Holy Spirit to lead us in conviction and repentance of sin and to comfort us by the assurance that his saving love is rock solid. He gave us our inheritance as adopted children of Almighty God.

But he did not leave us there, little isolated agents of grace, running our own “random acts of kindness” campaign. No, he gave us his bride, the church—his church—to which we who believe are called to make a covenant of membership, to become a family, to be both set apart from and missionally placed in the world, to take care in a daily way of our brothers and sisters in Christ, to receive instruction and rebuke when needed, to support the pastor and elders in church discipline, to act like a visible family of God, and to draw others who do not yet know the pricey love of God into our homes, families, and churches.

The Jesus paradox manifests contagious grace as practiced by ordinary people like me and you, desperately needed, especially now, in our post-Christian world.

This article is adapted from The Gospel Comes with a House Key: Practicing Radically Ordinary Hospitality in Our Post-Christian World by Rosaria Butterfield.

Rosaria Butterfield (PhD, Ohio State University) is an author, pastor’s wife, homeschool mom, and former professor of English and women’s studies at Syracuse University. She is the author of The Secret Thoughts of an Unlikely Convert; Openness Unhindered; and The Gospel Comes with a House Key.

Rosaria Butterfield invites us into her home to show us how God can use “radical, ordinary hospitality” to bring the gospel to our lost friends and neighbors.

How Can You Show Radical Hospitality as an Introvert?

Too often, we're not honest with one another about where we hurt, how we struggle, and what we need.