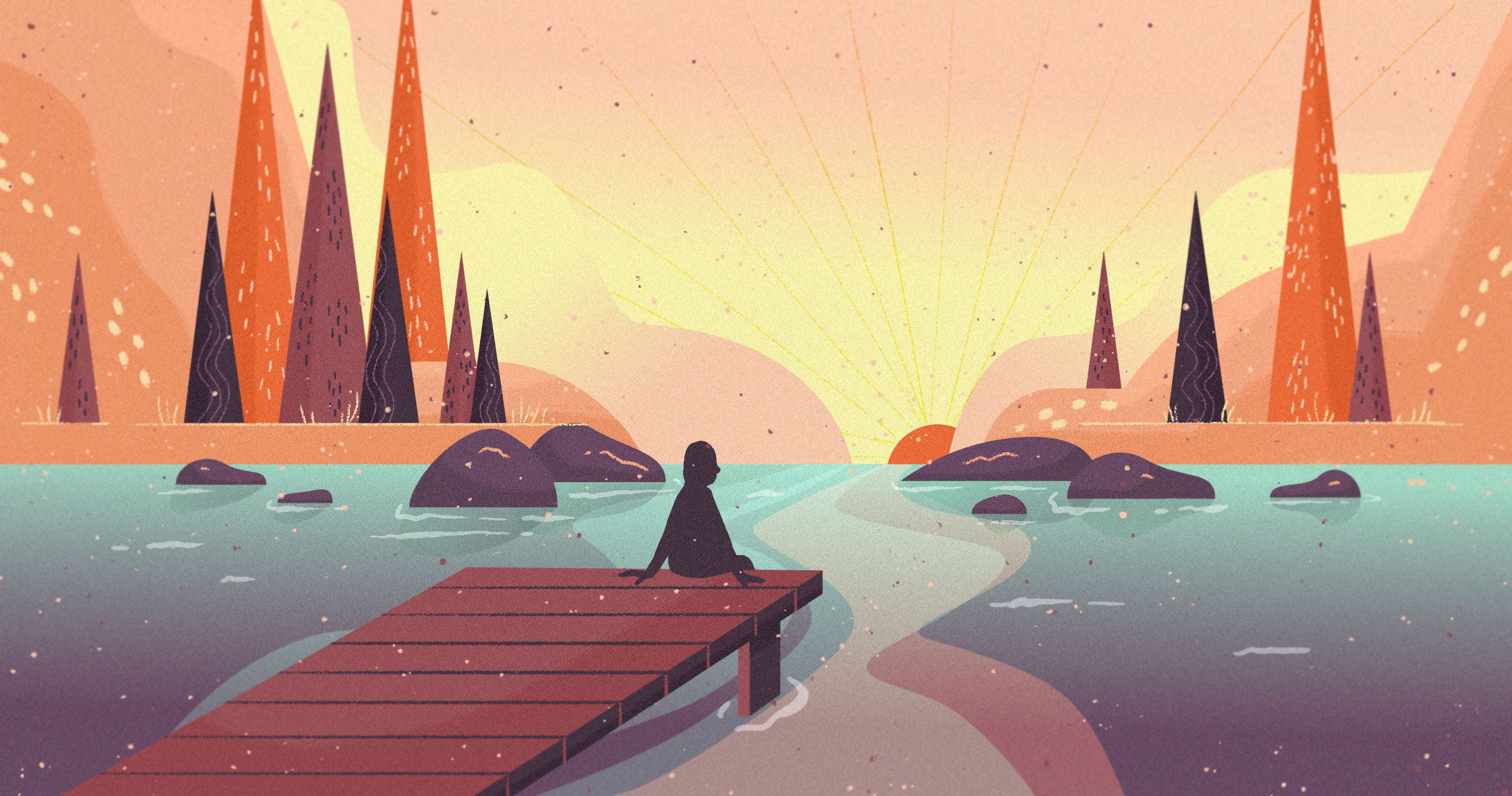 The Holy Spirit Is at Work in Our Ordinariness

In today’s mass-media culture, most best-selling books are made into films. And almost without exception, people will tell you that the book was better than the film. Films are light on story and character development, and heavy on special effects and adrenaline-packed battle sequences. They are less well-rounded and less fully satisfying than books. But adrenaline motivates us. And so, even though the book is better, the film invariably makes a lot more money. People vote with their wallets, and they prefer special effects to satisfying stories.

Something similar can happen in our spiritual lives. Not long ago, a friend lamented to me that we don’t see the Holy Spirit working the same kinds of miracles in the church today that we see described in Acts. His conclusion? There must be something wrong with the church today. A truly vibrant church should be filled with special effects, living from action sequence to action sequence. 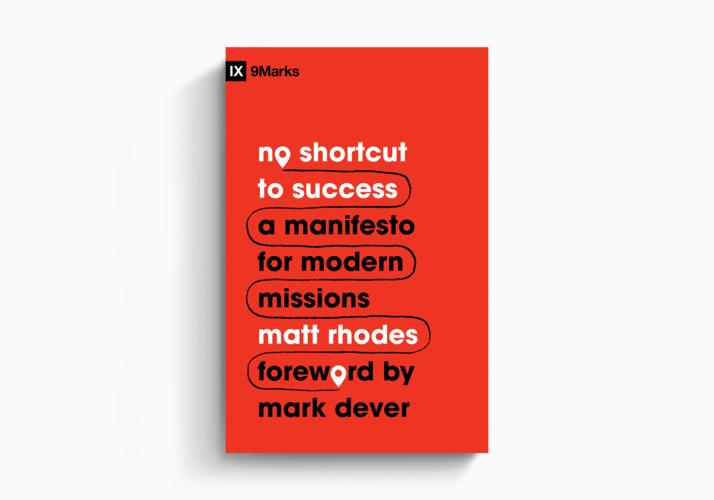 No Shortcut to Success

In No Shortcut to Success, author and missionary Matt Rhodes encourages Christians to stop chasing silver-bullet strategies for missions and embrace long-term methods grounded on theological education, clear communication, and a devotion to ministry excellence.

But even in the book of Acts, miracles were hardly commonplace:

Only the apostles and two of the seven deacons are recorded as having miraculous gifts. Luke makes this point explicitly:

. . . awe came upon every soul, and many wonders and signs were being done through the apostles. (Acts 2:43)

Now many signs and wonders were regularly done among the people by the hands of the apostles. (Acts 5:12)

It is Peter whose shadow heals—not the shadow of rank-and-file believers (Acts 5:15).

Our God is a living God and at times his Spirit invades our lives in miraculous ways. But these incidents aren’t the stuff life is made of. Yes, Abraham and Sarah give birth to a baby in their old age. But they only do so after long years of waiting. Yes, Moses parts the Red Sea to rescue Israel. But first Israel suffers generations of oppression. And yes, the Messiah finally comes. But only after Israel pines for hundreds of years under foreign rule.

Our lives are building slowly toward a great climax of redemption when we will finally see God face to face. And there are smaller victories along the way. But slow plodding between those victories is the pattern, not the exception. We live day to day, not miracle to miracle. And there’s something wonderful about these ordinary days and years spent between the high points. They are where the story is lived out and character development takes place. Because we don’t see him face to face, we learn to walk by faith, and not by sight. We learn to see and cherish God’s movement in the ordinary moments too, and to learn that perhaps they aren’t so “ordinary” after all.

God’s Greatness in Our Everyday Circumstances

Think about it. The disciples are awestruck when Jesus walks on the sea, and I’m sure we would be too. But long before Jesus walked on the seas, he created them and held them together by the word of his power. Which, really, is more impressive? Walking on the storm or calling it into existence? In our frailty, we can grow so familiar with “everyday” storms and seas that they no longer impress us. It takes something obviously unusual—a walk-on-water moment—to remind us of God’s power. But his power is evident every day in the things he created around us. Flowers don’t bloom, stars don’t shine, and seasons don’t change apart from God’s conscious, sustaining power.

In part, we forget this because we are taught today that the Spirit’s indwelling should provide us with an intimate relationship with God. And of course, God is always close to us. He is always involved, or to use theological language, immanent. But the language of intimacy implies that we should be able to regularly experience that closeness, and this isn’t always the case. It’s only in the next life that we will see him face to face, that he will wipe every tear from our eyes. The language of intimacy works well on days when the sky opens over us and the voice from heaven proclaims, “This is my beloved son.” It works less well in the screams of agony on the cross: “My God, my God, why have you forsaken me?” But both are a part of the Christian experience. God’s Spirit indwells us in the same way on days when we feel close to him and on days when we don’t. his power for righteousness is there when we seem to walk on water. And it’s there on the days when we can only wade slowly upstream.

Accepting Our Own Ordinariness

We find a great deal of freedom in our spiritual lives when we realize this because our desire for “special effects” doesn’t only leave us perplexed when we can’t see the Spirit moving in obvious, extraordinary ways. It can also leave us wondering whether the real reason he isn’t doing miracles around us is because we ourselves are too ordinary. Perhaps our faith just isn’t strong enough. Perhaps our prayers should be longer, more fervent, and filled with greater expectation.

This is where our impatience with the “day of small things” (Zech. 4:10) turns dangerous. It moves us from wondering whether our lives should be more extraordinary to wondering whether God could really love people as ordinary as ourselves. It moves us to accuse ourselves and then, in false humility, to accuse God himself: Surely, he couldn’t want people as ordinary as us!

Accepting the Ordinariness of Others

And it may not stop there. We can easily point the same accusing finger at our brothers and sisters: They should be more radical. More Spirit-filled. Less worldly. More like the church in Acts 2. This temptation is pernicious. Masquerading as a desire for God’s power to be released and his glory revealed, it can turn us to judge our brothers and sisters who bear his image.

But Jesus never despises human ordinariness. From his birth until he was thirty years old, his own life was remarkably ordinary, except for the unusual degree of love with which he lived. And he chose twelve apostles who were not only men of ordinary abilities but who also far too often displayed only “ordinary” levels of faith.

It was the Pharisees who hoped to build their identity in their own extraordinaryness. They coveted “the place of honor at feasts and the best seats in the synagogues and greetings in the marketplaces and being called rabbi by others.” (Matt. 23:6–7) They wanted to be called “rabbi,” and “father,” to be affirmed by others in their extraordinaryness. And, of course, this did turn them against those around them. They forced “heavy, cumbersome loads” on people (Matt. 23:4).

The frightening irony is that the Pharisees may have really believed they were seeking God’s glory in all this. After all, it was in God’s service that they sought to be celebrated as extraordinary people. It was for the sake of God’s temple fund that they “devoured widows’ houses” (Mark 12:40–42). They used up people for the sake of “God’s” ministry rather than using the ministry to build up people. People were too weak and unimpressive to spare—Christ himself was too weak and unimpressive to spare!—when the ministry could benefit by rolling over them. And Jesus, aggrieved at their treatment of the weak, judges the Pharisees’ ministry (Mark 12:43–13:2). Even today, zeal for revival, church growth, or “missional” living can act as an end which justifies the means, leaving us ready to trample the ordinary and inconvenient people around us—but only because the ministry requires it!

So let’s embrace the ordinariness of the life God has given us. Get up. Work. Eat. Sleep. Rinse-lather-repeat. It’s all part of God’s design. Our story will have its high points in time. But it won’t be the satisfying, well-rounded story God wants to write without slow, character development and deliberate, plodding faithfulness between the high points. It needs unhurried pages of day-to-day obedience when we don’t yet “see the things promised” but only “welcome them from a distance” (Heb. 11:13). Paul tells us this story will be written “with the Spirit of the living God . . . on tablets of human hearts” (2 Cor. 3:4). So it is, Paul concludes, that:

God, who said, ‘Let light shine out of darkness’ has shone in our hearts’
—within the darkness and ordinariness of human hearts like yours and mine—
“to give the light of the knowledge of the glory of God in the face of Jesus Christ.” (2 Cor 4:6)

Matt Rhodes is the author of No Shortcut to Success: A Manifesto for Modern Missions.

Matt Rhodes grew up in San Diego, California, and has lived in North Africa since 2011. He and his wife, Kim, serve as part of a church-planting team to a previously unengaged people group.

Rest in God’s Faithfulness, Not Yours

God not only forgives your sins and guarantees you a seat in eternity, but welcomes you to a radically new way of living.

Why Ordinary Faithfulness Is Enough

Feeding your faithfulness is an unremarkable practice in real-time. It’s unglamorous by the world’s standards, yet it is precious as it contributes to a life of holding fast to Christ.

Podcast: Real Faithfulness Is the Kind No One Sees (Glenna Marshall)

Glenna Marshall talks about the life-changing practice of Scripture memory, the oft-given advice to give ourselves grace, and the importance of perseverance in the Christian life.

What does Christian faithfulness look like when life feels unpredictable, hard, or just plain ordinary? Be encouraged by these quotes from Everday Faithfulness by Glenna Marshall. 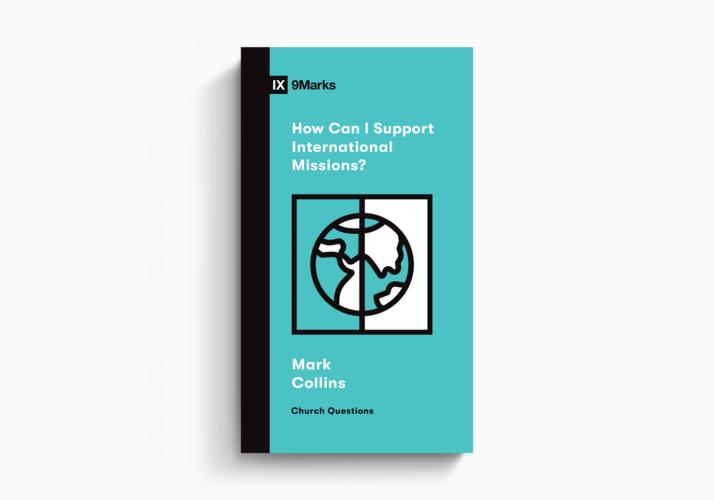 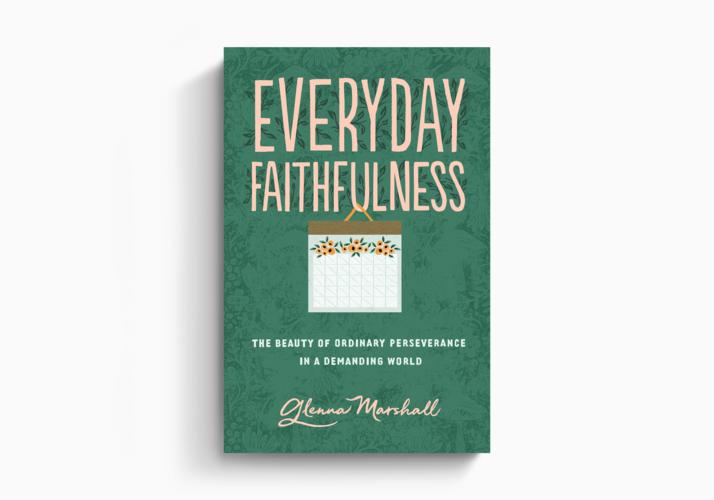 Glory in the Ordinary
Courtney Reissig
Crossway is a not-for-profit Christian ministry that exists solely for the purpose of proclaiming the gospel through publishing gospel-centered, Bible-centered content. Learn more or donate today at crossway.org/about.