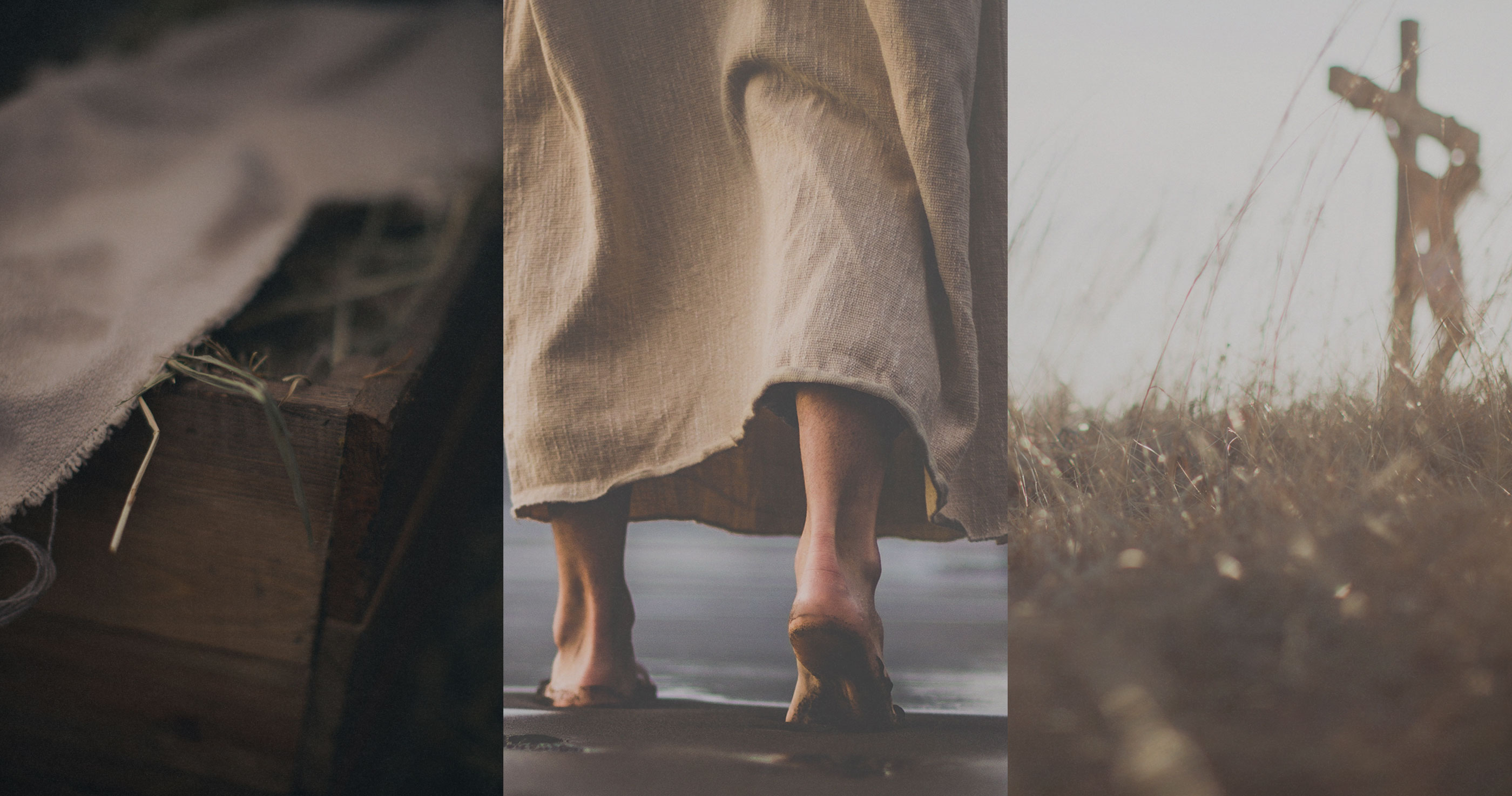 Theophany in the Earthly Life of Christ

The Gospels give us records of the life of Christ on earth. His life brings to fulfillment the entire spectrum of theophanies and appearances of God in the Old Testament. Temporary appearances give way to the climactic, permanent appearance. God became man in the incarnation.

The presence of God that people experience throughout Old Testament times comes to fulfillment in the presence of God in Christ. Christ is “Immanuel,” “God with us” (Matt. 1:23), manifesting God’s presence at the climax of history.

Granted that God is present throughout the Gospels, we can still take note of the fact that God brings about a few special times in which his presence is manifested in particularly striking ways.

Miracles Connected with the Birth of Jesus

We see miracles taking place in connection with the birth of Jesus. The central miracle is the miracle of the incarnation itself. God came to us and became man (“Immanuel”). It is fitting that a number of other miracles cluster around this central event. They underline the importance of the incarnation.

Miraculously, Zechariah becomes unable to speak (Luke 1:22), then his speech is restored (v. 64) and he prophesies concerning his son John and the Messiah (vv. 67–79). In this context, these miracles serve as a special manifestation of the presence of God, causing the people to be in expectation concerning John (vv. 65–66).

The star that appears to the wise men anticipates the rising of the glory of God in the person of Christ (Isa. 60:1). The miracles associated with Christ’s birth are only the beginning. All the miracles recorded in the Gospels highlight the presence of God in various ways.1

The Baptism of Jesus

The baptism of Jesus contains phenomena associated with a theophany:

And when Jesus was baptized, immediately he went up from the water, and behold, the heavens were opened to him, and he saw the Spirit of God descending like a dove and coming to rest on him; and behold, a voice from heaven said, “This is my beloved Son, with whom I am well pleased.” (Matt. 3:16–17)

“The heavens were opened,” implying that there was a vision of God’s special presence in heaven. The Spirit of God appeared “descending like a dove.” And there came a voice—the divine voice.

Such a theophany is fitting to prepare the way for the beginning of Jesus’s public ministry. The Father authenticates the Son in his role as messianic Savior. The Spirit comes to be with him and empower him. The voice, by picking up on themes from Psalm 2:7 and Isaiah 42:1, indicates that Jesus brings the messianic fulfillment of Old Testament prophecies. These events set the stage for understanding that the Father is present in the Son through the Holy Spirit in all of Jesus’s ministry.

When Jesus walks on water, the experience should remind the disciples of the Old Testament passages that indicate God’s control over the sea (Ex. 15:8; Pss. 29:10; 107:23–32). Jesus’s appearance is like a theophany of God in which he appears over the sea:

And the Spirit of God was hovering over the face of the waters. (Gen. 1:2)

You trampled the sea with your horses, the surging of mighty waters. (Hab. 3:15)

Similar patterns are found elsewhere in the Old Testament (Pss. 77:19; 107:25–30). Against the Old Testament background, the fact that Jesus walks on water underlines Jesus’s divine identity and his divine power to subdue all chaos and opposition.

An account of the transfiguration occurs in all three Synoptic Gospels: Matthew 17:1–8; Mark 9:2–8; Luke 9:28–36. At the center of the accounts in all three Gospels are two events with theophanic overtones. First, Jesus appears in radiant white:

And he was transfigured before them, and his face shone like the sun, and his clothes became white as light. (Matt. 17:2)

This appearance is reminiscent of the glory theophanies in the Old Testament. This bright appearance within the context of the transfiguration indicates the glory that intrinsically belongs to Jesus as the preexistent Son, and which belongs also to his exalted state, after his resurrection. The transfiguration is a kind of preview of his exaltation. But during his earthly life, in the state of humiliation, this kind of revelation of his glory is an exception.

Second, a cloud comes, and a voice comes out of the cloud:

Behold, a bright cloud overshadowed them, and a voice from the cloud said, “This is my beloved Son, with whom I am well pleased; listen to him.” (Matt. 17:5)

This cluster of events obviously alludes to the cloud and the divine voice at Mount Sinai. Or, since Christ is at the center of God’s purposes, we can say that Mount Sinai is designed by God to be an anticipation and foreshadowing of the coming of Christ and his transfiguration. Entering the cloud in Luke 9:34 is similar to Moses entering the cloud in Exodus 24:18. But, unlike at Mount Sinai, the heavenly voice at the transfiguration does not continue to speak, and does not deliver an extended message, parallel to the Ten Commandments at Mount Sinai. Instead, the voice directs the disciples’ attention to Jesus and his speech: “listen to him.”

The result of this directive is to imply at the very least that Jesus is analogous to Moses. But, since there is no delivery of an extended message, we may go a step further and conclude that Jesus’s teaching is the fulfillment of the heavenly voice at Mount Sinai. So the words of Jesus are the voice of God, not merely the voice of Moses. His exalted status goes together with his title, “my beloved Son.” In the light of the rest of Matthew (Matt. 28:19), this status includes the fact that he is divine. So his appearance in brightness is a more intensive manifestation of what he always is: he is God. His appearance on earth is the final theophany.

The Crucifixion as Theophanic

First, there is darkness. Matthew records the coming of darkness while Jesus was on the cross: “Now from the sixth hour there was darkness over all the land until the ninth hour” (Matt. 27:45; cf. Mark 15:33; Luke 23:44). The darkness is parallel to the darkness at Mount Sinai (Ex. 20:21; Deut. 4:11; 5:22–23). It is suitable for expressing the judgment of God against sin, and therefore also against Jesus as the sin-bearer. Matthew and Mark both link the darkness to Jesus’s cry of being forsaken (Matt. 27:46; Mark 15:34). He was forsaken, because God’s wrath came on him for the sake of our sin (1 Pet. 2:24). This judgment of God was ultimate in nature. Jesus’s sacrifice fully paid for sin, in contrast to the inadequacy of the animal sacrifices of the Old Testament (Heb. 10:1–14).

Second, the Gospel of John takes a complementary approach by putting the emphasis on the revelation of the glory of God in the cross. That is, we see God’s glory in the cross, once we understand its theological significance. The glory of the Father and of the Son is revealed, because God shows his wisdom, his justice, his mercy, and the wonder of his salvation through and in the midst of the suffering and shame of the cross. John prepares us for this understanding by indicating that the cross is a revelation of glory:

“Father, glorify your name.” Then a voice came from heaven: “I have glorified it, and I will glorify it again.” . . . “Now is the judgment of this world; now will the ruler of this world be cast out. And I, when I am lifted up from the earth, will draw all people to myself.” He said this to show by what kind of death he was going to die. (John 12:28–33)

The Father is glorified when Christ is “lifted up from the earth.” He is “lifted up” both in the crucifixion (his death; v. 33) and in his ascension (cf. John 14:2–3). The meaning of Christ’s victory and his ascension are reflected backwards, illuminating the significance of the crucifixion, so that in the end we see it also is glorious: God works salvation through death itself.

This article is adapted from Theophany: A Biblical Theology of God’s Appearing by Vern Poythress.