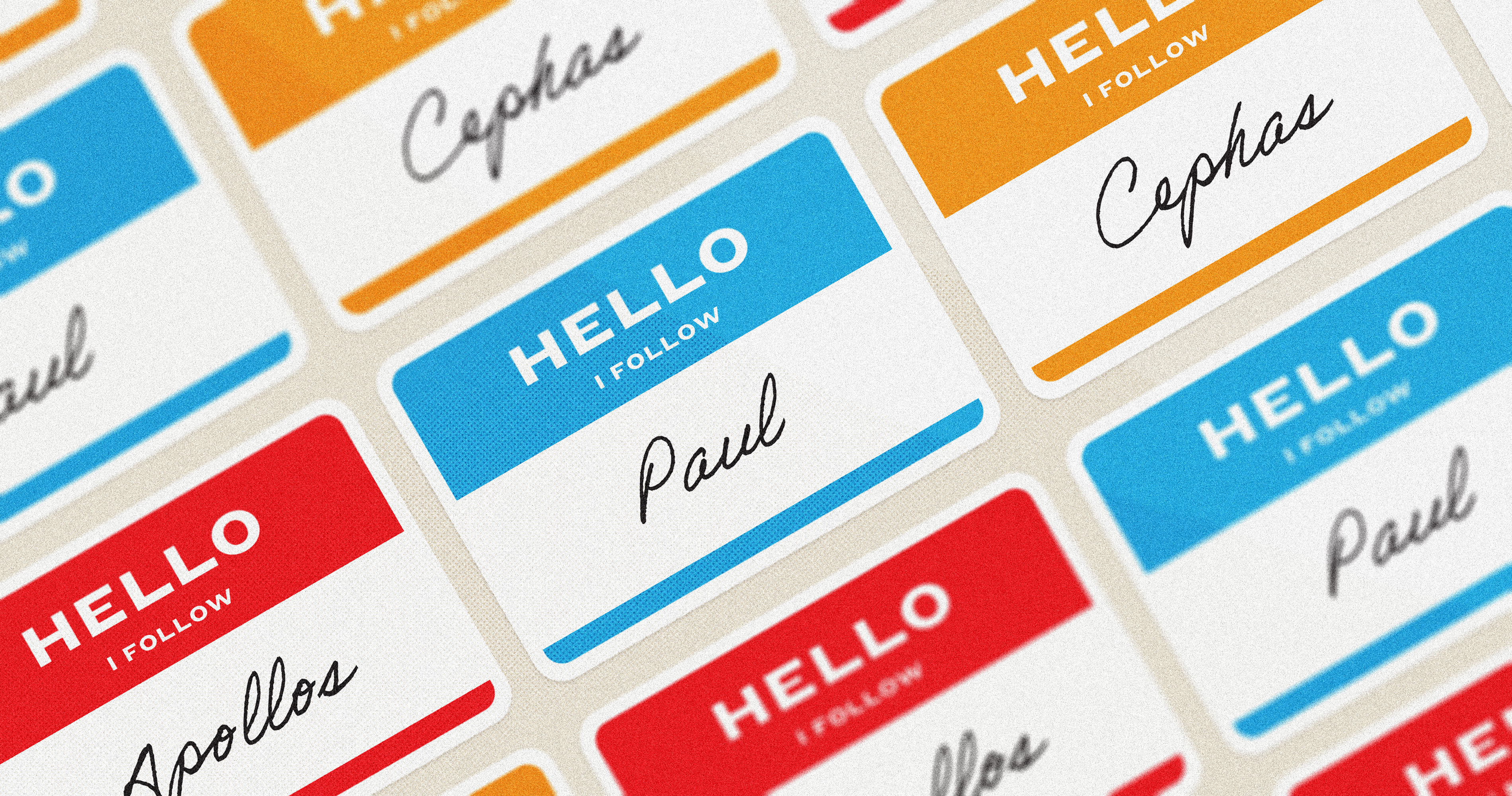 Most people associate the word “catholic” with the Roman Catholic Church. Yet, when used with a little c, the word simply means worldwide or universal. This is why Protestants use the Nicene Creed to affirm their belief in the “one, holy, catholic, apostolic church.”

Therefore, that’s where we need to begin. It’s not enough to list the alternatives to the multisite model. Our church intuitions need to become more catholic—more appreciative of our partnership with other churches.

This book considers a series of biblical and pastoral arguments against both the multisite and multiservice church model, making the claim that maintaining a single assembly best embodies the unity the church possesses in Jesus Christ.

Are Your Intuitions Catholic?

Let me illustrate. A multisite megachurch in the suburbs of a medium-sized city decided they wanted to reach the students of the city’s downtown university. What a great idea!

To this end, they decided to plant a “campus” of their church two blocks away from the university’s campus. Incidentally, that put them literally next door to my friend Greg’s church. Greg is an excellent preacher. His church has been growing steadily—some might say quickly—through his tenure. It’s even Southern Baptist, just like the megachurch.

Yet, for one reason or another, the megachurch never contacted Greg. They never asked how they could support his ministry or even how they could partner in doing ministry together. They just showed up next door—a vessel of the suburban mothership.

Does that strike you as strange? It might not, because it’s fairly normal today. It’s what churches today do. Reach capacity? Start another service. Want to reach another neighborhood? Plant a campus.

Yet imagine the New Testament apostles advising this megachurch to act as they did:

Paul, an apostle, to the church in suburban Corinth, grace and peace to you.

We hear news of an opportunity to share the love of God in Christ to the college students of Corinth. Don’t concern yourselves with the saints who already live next to their school. Plant a group of yourselves there. I know all too well the brother and sisters in the church at Corinth. They are troubled by a host of matters. Ignore them, lest their programming preferences hinder your proven formula.

The grand irony, of course, is that multisite advocates argue that the actual church in Corinth consisted of multiple house churches working together as one church, which these advocates use as an excuse, apparently, to plant their own campuses so that they don’t have to work together with other churches in their city but can overlook them.

I dare say there is a quiet undercurrent of disunity in this megachurch’s approach, as well as in the multisite model generally, even if they support other churches in other ways.

Think of Paul criticizing those who say, “I follow Paul” or “I follow Apollos” or “I follow Cephas” (1 Cor. 1:12). He believed the Corinthians put too much confidence in these men, which led to quarreling. The megachurch in my illustration didn’t outwardly quarrel with Greg’s church. It ignored his church. I don’t know why. Let’s assume good motives (“We want to reach students”; “We want to maximize our resources”). Still, I propose there was too much independence in their thinking and not enough interdependence, not enough catholicity. And that lack of catholicity, that overexuberant independence, is its own kind of divisiveness or factionalism, relative to other churches like Greg’s. Even with good motives, the foundational assumption of such independence is a trust in ourselves and the things under our control, combined with a reluctance to trust God’s ability to work through other churches. Such independence, in other words, is finally a faith issue.

I don’t blame just the megachurch for this. That’s the Christian landscape today and an indictment of what seems natural or inevitable to all of us. It’s our church intuitions, as I’ve been saying. We just don’t think about working with other churches. Whether multisite or single-site, congregational or episcopal, we think instead about our own church’s programs, growth, and health.

Or here’s a doozy that my friend Andy once preached: if you pray for revival and it comes to the church down the street, do you rejoice?1 (There’s a clear alternative to multisite: pray for revival in the other guy’s church.)

What I’m saying is that we need to get more catholic—meaning, we need a more developed sense of our partnership with churches everywhere.

We belong to the same team. We share the same family name. We are one in faith, baptism, and mission.

I’m not saying we should build authoritatively binding connections between them, like placing a bishop over multiple churches. That’s one mistake of everyone from the worldwide Roman Catholic Church to the countrywide German Lutheran Church to the citywide multisite church. We are new covenant Christians. Therefore, authority remains with people who can literally shake hands in agreement with one another because they are gathered together. Born-again hearts don’t need global structures or city structures. But they do need a global and city mindset, one that both affirms God’s work through other churches and shapes how we do ministry. We’re not “on mission” on behalf of our own local churches. We’re “on mission” on behalf of Christ’s kingdom, and our churches are outposts of it. We fight for it together. We belong to the same team. We share the same family name. We are one in faith, baptism, and mission. And the New Testament affirms that partnership.

From the very beginning, New Testament churches worked together. Acts starts with the church in Jerusalem. Then another church shows up—the church in Antioch. Did they ignore each other? By no means. A “great number” of Greeks came to faith, and so the apostles sent Barnabas to investigate and to strengthen these new believers (Acts 11:21–24). The church in Antioch, in turn, learned about the famine and hardship coming upon the believers in Judea, leading them to send aid by Barnabas and Saul (Acts 11:27–30). These churches recognized their partnership together.

We could keep reading in Acts or walk through the Epistles to see the same thing: churches recognized their common cause and worked together. Consider how they shared love and greetings:

They shared preachers and missionaries: * “With him we are sending the brother who is famous among all the churches for his preaching of the gospel” (2 Cor. 8:18). * “Beloved, it is a faithful thing you do in all your efforts for these brothers, strangers as they are, who testified to your love before the church” (3 John 5–6).

They imitated one another in Christian living: * “You became an example to all the believers in Macedonia and in Achaia” (1 Thess. 1:7). * “For you, brothers, became imitators of the churches of God in Christ Jesus that are in Judea” (1 Thess. 2:14).

They supported one another financially with joy and thanksgiving: * “At present, however, I am going to Jerusalem bringing aid to the saints. For Macedonia and Achaia have been pleased to make some contribution for the poor among the saints at Jerusalem” (Rom. 15:25–26). * “For the ministry of this service is not only supplying the needs of the saints but is also overflowing in many thanksgivings to God” (2 Cor. 9:12; also 2 Cor. 8:1–2).

Indeed, Paul instructed them to care for one another financially: * “Now concerning the collection for the saints: as I directed the churches of Galatia, so you also are to do. On the first day of every week, each of you is to put something aside and store it up, as he may prosper, so that there will be no collecting when I come. And when I arrive, I will send those whom you accredit by letter to carry your gift to Jerusalem” (1 Cor. 16:1–3). * “So give proof before the churches of your love and of our boasting about you to these men” (2 Cor. 8:24). He also exhorted them to pray for other churches and Christians: * “To that end, keep alert with all perseverance, making supplication for all the saints” (Eph. 6:18).

In short, the New Testament teaches that the Great Commission is bigger than our churches.1

This article is adapted from One Assembly: Rethinking the Multisite and Multiservice Church Models by Jonathan Leeman.

An Open Letter to Pastors on Preaching through the Whole Bible

Expository preaching is preaching that “exposes” the text of Scripture as God delivered it to us. It does not bring its own agenda to the Bible or to the pulpit, but seeks to understand the Bible text in its own terms.

There are three things to bear in mind when trying to grow a church in the conviction that the Bible is worth studying over a lifetime.