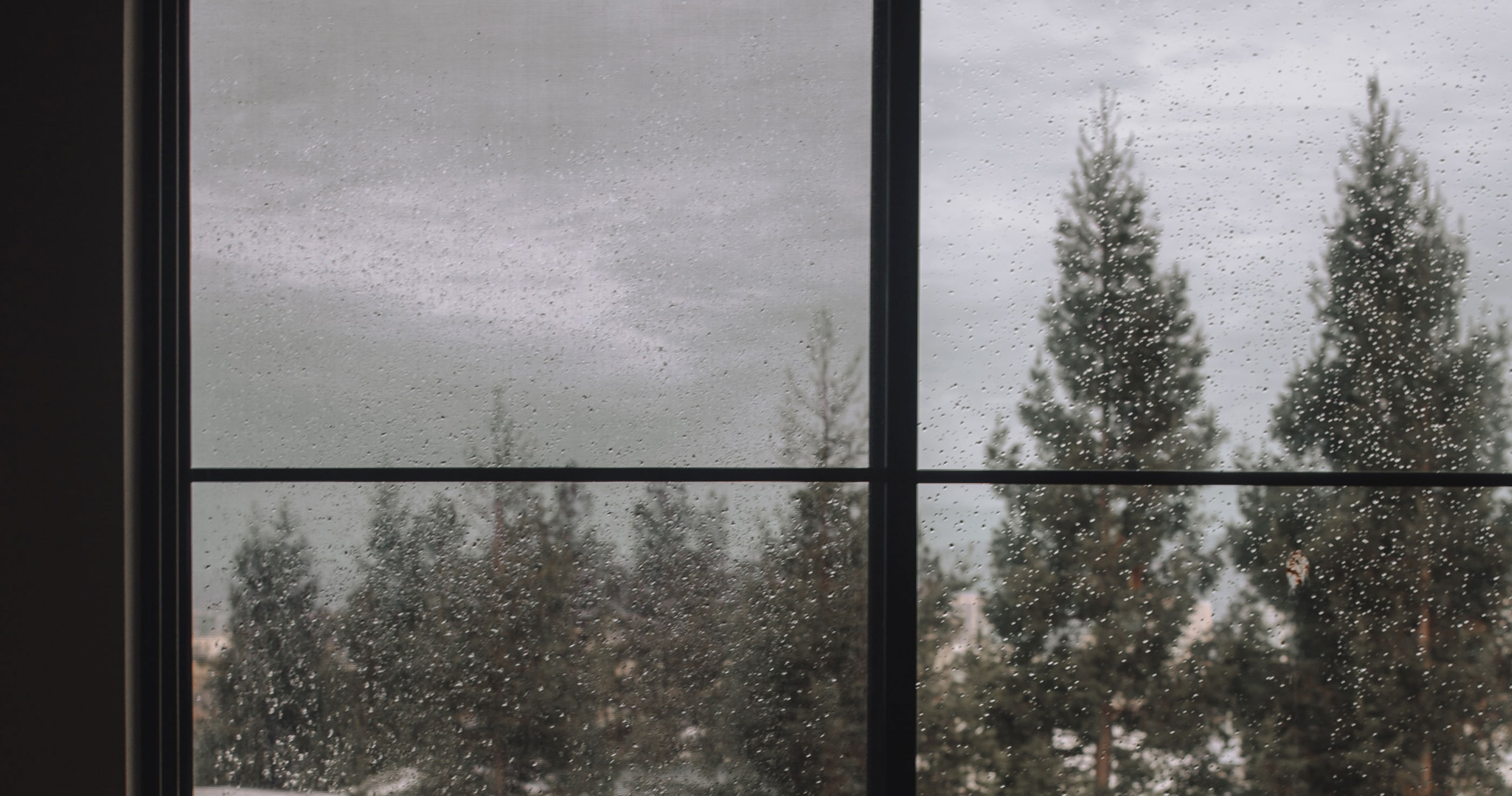 When tragedy strikes, almost everyone who believes in God, along with almost everyone who claims they don’t, asks the same question: Why does God allow suffering? We want an explanation or an excuse—or at least an attempt at one. But very few of us are prepared for the answer that the Bible, Christians throughout history, and Jesus himself seem to point us toward: we just don’t know. That leaves us in a spin.

Many of us rush in to fill the void, compensating for heaven’s silence by providing answers of our own. It’s because God gave man free will. It’s because a massive miracle is coming that will undo all this tragedy. It’s because I did something wrong. It’s because my parents did something wrong. It’s an attack from the Devil. It’s because God wants to teach me something. Admittedly, in any given case of suffering, some of those things may be true (although it’s usually hard to identify causes when we’re in the thick of it). But even if they are—and often they aren’t—we are generally better off acknowledging mystery than insisting upon clarity. An unresolved question is better than a wrong answer.

Right down to my boots, I know that none of these answers can account for all suffering. People don’t get cancer or have miscarriages because of their free will. People aren’t given Down’s syndrome because they’re going to get healed later. The fact that our kids are autistic isn’t our fault or our parents’ fault. People who die in mass genocide are not killed because God is trying to teach them something. So as much as I want an answer, both to the general, global questions and the specific, personal ones, I’m still left with a resounding we don’t know. The unresolved why? is frustrating and often painful, but it does reflect reality.

Fortunately, I know I’m not the first person to find this lack of answers difficult. For starters, I have the Bible, which is full of whys? and how longs?, including a book-length one (Job) and a particularly famous one from Jesus himself (Matt. 27:46). I also have the wisdom of Christians past and present to draw on and sustain me in my confusion: pastors who have lost their children, hymn writers who struggle daily with depression, novelists who state the problem of evil more powerfully than any atheist could. Though none of them claims to provide a complete answer, they do help us cope with the lack of one.

Here are three insights from Christian writers that, more than any others, have helped me cope with the unanswered questions.

The first is a fairly intellectual one. Most cultures and societies have suffered far more than ours and yet have not seen it as a reason to doubt the existence of God. Why? Because they assume that, if there is an answer to the why? question, we wouldn’t necessarily know what it is—our knowledge is just too limited. In our culture, though, we assume that the answer to the why? question is something we would know, and so we get extremely frustrated when we can’t resolve it. Underneath our frustration is an overwhelming sense of self-assurance, the conviction that, if something is out there to be known by anyone, it will certainly be known by me. Which obviously doesn’t follow.

If I go into our conservatory and I can’t see Xindel, our giant sized golden retriever, I can be virtually certain that he isn’t there. He’s so large that if he was there, I would be able to see him. But if I go into our conservatory and I can’t see an amoeba, that doesn’t really tell me much. There might be one in there; there might be many; there might be none. The fact that I can’t see one doesn’t mean that there isn’t one there. (It’s like the tweet I saw the other day from Bill Murray: there is literally no way of knowing how many chameleons are in your house.) In the same way, the fact that I don’t know why suffering exists doesn’t really tell me much about whether there’s a reason for it. If God knows everything, and I don’t, the chances are that the reason for suffering might be more like an amoeba than a retriever. So when I start to demand answers, I sometimes think about that, and it takes the pressure off me by reminding me how other-than-me God is.1

The second is more emotional and is expressed with agonizing clarity in the great Russian novel The Brothers Karamazov. Ivan Karamazov, the middle of three brothers, lists some of the appalling sufferings that strike innocent children—murders, abuse, torture, and so on—and famously remarks that no amount of eternal redemption could possibly be worth the screams of just one tortured child. For Ivan, the problem is not just that the why? of suffering goes unanswered; it is that no answer could ever justify the terrible evils that exist.

Yet Ivan also offers another perspective on suffering, which engages with the emotional problem we all face. Humility before God involves acknowledging that although we may not be able to imagine a world where all suffering is made up for, that doesn’t mean it couldn’t happen; it just means that our minds are limited. In fact, holding to that idea—that all things will one day be renewed in a way that atones for everything bad that has happened, no matter how unimaginable that may be—is at the very center of Christian hope. Paul himself admits that no mind could ever conceive what God has in store (1 Cor. 2:9). Ivan’s description of this renewal is beautiful:

I believe like a child that suffering will be healed and made up for, that all the humiliating absurdity of human contradictions will vanish like a pitiful mirage, . . . that in the world’s finale, at the moment of eternal harmony, something so precious will come to pass that it will suffice for all hearts, for the comforting of all resentments, for the atonement of all the crimes of humanity, of all the blood they’ve shed; that it will make it not only possible to forgive but to justify all that has happened.2

In other words, suffering makes no sense now. It isn’t supposed to. But in the power and love of God, one day, it will.

We are generally better off acknowledging mystery than insisting upon clarity. An unresolved question is better than a wrong answer.

The third insight is, I guess, essentially spiritual, and it relates to the kind of God we’re talking about. In C. S. Lewis’s The Magician’s Nephew, the main character, a boy called Digory, asks Aslan the Lion to heal his dying mother. Initially, Aslan does nothing. But when Digory pleads with him again, through his tears, he gets a shock:

Up till then he had been looking at the Lion’s great feet and the huge claws on them; now, in despair, he looked up at its face. What he saw surprised him as much as anything in his whole life. For the tawny face was bent down near his own and (wonder of wonders) great shining tears stood in the Lion’s eyes. They were such big, bright tears compared with Digory’s own that for a moment he felt as if the Lion must really be sorrier about his mother than he was himself.3

We worship a crying God—a God who became like us, suffered bereavement and loss, wept at gravesides, and cried out in anguish as he died. So when we experience suffering and face all the unanswered whys?, we may never know what the answer is— but we know for sure what the answer isn’t. It isn’t because God doesn’t love us. It isn’t because God doesn’t care. It isn’t because he is distant or unsympathetic or cold or merciless. The Lion has tears in his eyes, and although I will never understand all that he’s doing, I know that he isn’t doing it because he doesn’t love me. The cross proves that.

Those three insights may or may not help you, but they’ve certainly helped me. I don’t know why God permits so many bad things to happen, but then I wouldn’t expect to—I live in the confident hope that he will one day renew the world, so that even the darkest and most terrible evils of this world will be undone and swallowed up in victory. And I can look at the face of Jesus and remember that, whatever the reason for suffering, it certainly isn’t because he doesn’t care. Questions still linger, and tears still fall. They probably always will. In the meantime, though, I trust and hope and wait.

This article is adapted from The Life We Never Expected: Hopeful Reflections on the Challenges of Parenting Children with Special Needs by Andrew Wilson and Rachel Wilson.

6 Questions about the Book of Job

The book of Job is realistic in the sufferings it sets before disciples of Jesus and full of glorious hope because of the resurrection of Jesus Christ.

The Beauty of Shared Suffering

God delights in identifying with us in our suffering. He feels the sting in his chest when you hurt. He takes
it personally.

Sam Crabtree explains why gratitude is actually more foundational to the Christian life than you probably think and offers practical advice for cultivating gratitude in the ups and downs of our everyday lives,