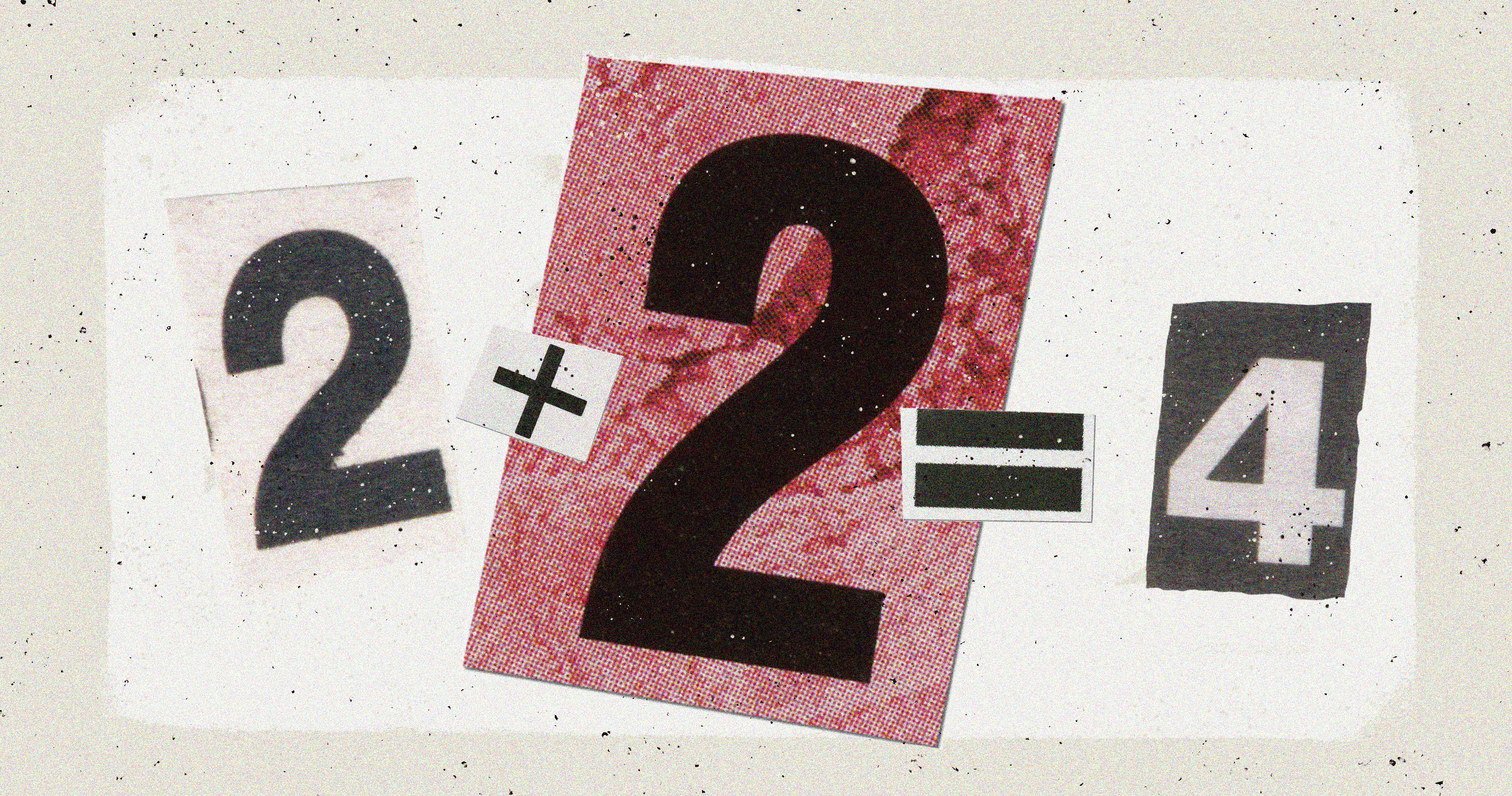 The Attributes of Truth

Let us consider a particular example of a truth: 2 + 2 = 4. This is true everywhere, throughout the universe. It is true at all times. Its truth does not change over time.1 So truth has three key attributes: omnipresence (everywhere present), everlastingness (through all times), and unchangeability (immutability). Unchangeability is actually stronger than the mere fact of no change. We are saying not only that truth does not change but that it could not change. These three features of truth are attributes of God. God is omnipresent, everlasting, and unchangeable.

We can make a further, more refined point about everlastingness. God is not subject to time or captured by time. He is superior to time. So we may say that he is eternal.2 The new heavens and the new earth, together with those who are redeemed in Christ, exist in the future without end, which means that they are everlasting. But they are still subject to time. God is different: he is superior to time; he is eternal. In addition, the truth that 2 + 2 = 4 seems to be different. It is specified by God. As such, it is not subject to change with the passing of time. 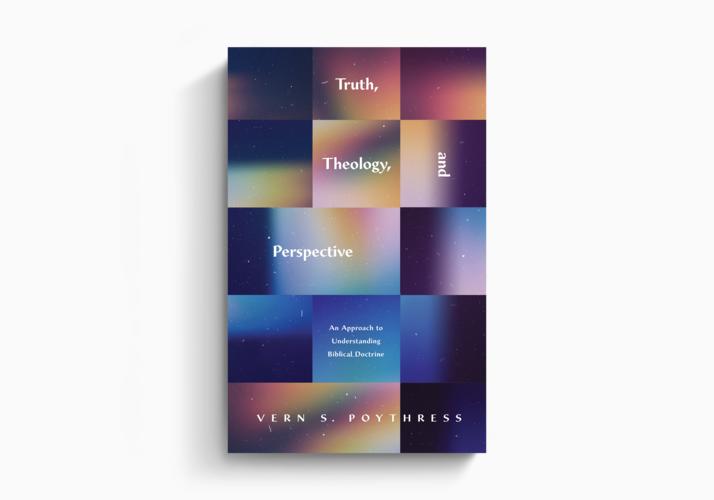 Author and scholar Vern S. Poythress explores major systematic theology topics through the lens of truth, explaining how truth informs and confirms what the Bible teaches.

In some ways, mathematical truths like 2 + 2 = 4 are special, because they do not need to specify any one moment in time. Suppose, then, that we consider a truth that does have a time frame: Jesus Christ suffered under Pontius Pilate.3 The name Pontius Pilate fixes the time frame as the first century. There is also an implicit geographical frame, namely the location of Jerusalem, where Pontius Pilate was ruling. The verb “suffered” accordingly is in the past tense, to indicate that the time at which the event occurred preceded the time in which we are now living. There is a sense in which we might say that the truth about Jesus Christ suffering is not an “eternal” truth, but a tensed truth, a truth about a particular event. But notice that the truth about the event can be distinguished from the event itself. The event itself happened in the first century in Jerusalem, and is never to be repeated. We cannot see it directly before our eyes. But we can talk about whether it happened. (It did.) The affirmation that it happened is an affirmation that continues to be true, through all future times.

What about past times? What about the times before Jesus Christ came into the world? At those earlier times, the event of Christ’s crucifixion had not yet happened. But it was planned by God already:

. . . you were ransomed from the futile ways inherited from your forefathers, not with perishable things such as silver or gold, but with the precious blood of Christ, like that of a lamb without blemish or spot. He was foreknown before the foundation of the world but was made manifest in the last times for the sake of you. (1 Pet. 1:18–20)

. . . who saved us and called us to a holy calling, not because of our works but because of his own purpose and grace, which he gave us in Christ Jesus before the ages began. (2 Tim. 1:9) .

. . . for truly in this city there were gathered together against your holy servant Jesus, whom you anointed, both Herod and Pontius Pilate, along with the Gentiles and the peoples of Israel, to do whatever your hand and your plan had predestined to take place. (Acts 4:27–28)

Let us consider Acts 4:27–28 in more detail. The immediately preceding verses, Acts 4:25–26, cite Psalm 2, written a thousand years earlier, to confirm that the suffering and death of Christ were already planned by God. So a thousand years earlier it was already infallibly true, according to the plan of God, that Christ would suffer under Pontius Pilate when the time came for the events to take place. The truth about what took place was already true in God’s sovereign plan. The truth is distinct from the events that it describes.

What about other, less significant truths? Second Kings 22:1 says that “Josiah was eight years old when he began to reign.” No passage of the Bible indicates explicitly that this coronation of an eight-year-old was planned beforehand before God. But the Bible does give us a general principle, that God has planned all of history, including its details: “[God] works all things according to the counsel of his will” (Eph. 1:11; see Ps. 139:16). So the same principle holds for minor truths. Every truth is omnipresent, eternal, and unchangeable.

We see impressive illustrations of the unchangeable nature of truth when God fulfills his prophetic word. Consider, for example, the special prophecy in 1 Kings 13:2 about Jeroboam’s altar: “Behold, a son shall be born to the house of David, Josiah by name, and he shall sacrifice on you [the altar] the priests of the high places who make offerings on you, and human bones shall be burned on you.” This prophecy was proclaimed by an unnamed prophet in the presence of Jeroboam (v. 1), the first king in the northern kingdom of Israel, after the split between the northern and southern kingdoms (12:20). It was fulfilled hundreds of years later: “And as Josiah turned, he saw the tombs there on the mount. And he sent and took the bones out of the tombs and burned them on the altar . . .” (2 Kings 23:16). This truth about the judgment on Jeroboam remains true forever.

We could multiply cases like this. The prophet Micah predicted that Jesus the Messiah would be born in Bethlehem (Mic. 5:2). The prediction took place in the eighth century BC (1:1), hundreds of years before Jesus was born in Bethlehem (Matt. 2:1–6). Predictions like these confirm that God has an unchanging plan. The truths about this plan do not change. They cannot change.

People who do not want to believe in a personal God might try to escape such belief by imagining that individual truths, or the whole body of all truth, are just out there as an impersonal abstraction. But this alternative is not plausible. Truth is rational. Rationality belongs to persons, but not to rocks. Truth is language-like (even before we express a truth in a particular human language). The complexity of many truths illustrates a complexity of language surpassing the signaling that takes place among animals. Language ability—of the complexity needed for dealing with truth—belongs to persons.

Truth has the attributes of the God of the Bible. These attributes include the fact that God is personal. Truth is another name for God.

Truth has the attributes of the God of the Bible. These attributes include the fact that God is personal. Truth is another name for God. In fact, the Bible confirms this reality. Christ tells us that “I am the way, and the truth, and the life” (John 14:6). John 3:33 says that “God is true.” We are accustomed to moving in our thought from God to the truths that God knows. Because God exists, truth exists. But we can move in the reverse direction. Since truth exists, God exists, because God is the truth.

We need to add that these affirmations do not imply that truth is something behind God, something more ultimate than God. God is “the last thing back,” so to speak. He is the most ultimate origin.4 So truth exists in him, not “in back of him,” as if it were something outside of God to which he is forced to conform.

We may appeal at this point to the doctrine of divine simplicity. “Simplicity” is used here as a technical term in theology. It does not mean that God is “simple” for us to understand. Rather, it means that he is not made up of parts into which he could be divided. He is “simple” in contrast to being composite. Consider an example. A pencil is a composite item, since it can be divided up into the lead, the wooden shaft, and the eraser. Since God is immaterial, it is impossible to divide him up into material parts. But it is also impossible to divide him up conceptually, into abstract concepts that would precede him and subject him to their requirements. Truth is an example of one such concept. Truth is not more ultimate than God. Rather, it is a way in which God is.5

Since every truth reveals God, we can be confident in talking about God to unbelievers. Frequently, they do not acknowledge God’s presence in their lives. But he is there. They rely on him. As Romans 1:21 reminds us, they “know” God, but they suppress that knowledge. They know God even in the process of saying anything that is true. The challenge for us is not to speak into a situation of complete ignorance, but to speak about God and his redemption in Christ. And then we pray that God may send the Holy Spirit to change their hearts. May he use our speech, our expressions of truths, in bringing unbelievers to faith. For ourselves, the display of God in truth should stimulate thankfulness. Every truth that we know derives from God, who is glorious in his omnipresence, his eternality, and his unchangeability.

This article is adapted from Truth, Theology, and Perspective: An Approach to Understanding Biblical Doctrine.

5 Truths about God’s Unity of Simplicity

God’s unity of simplicity means that God is one with himself, selfsame and indivisible in his being and operations, and God is not composed of parts.

How Can I Be Ready to Defend the Hope I Have?

If one is to be adequately prepared to give an answer for one’s Christian faith, the lordship of Christ must be a solid and unwavering commitment of one’s heart.

Why Seek the Truth? The Achilles’ Heel of Free Thought

Atheists and agnostics insist we pursue the truth about reality—even if the idea of a meaningless universe frightens and depresses us. We ought to face facts and accept reality as it is, not as we want it to be. 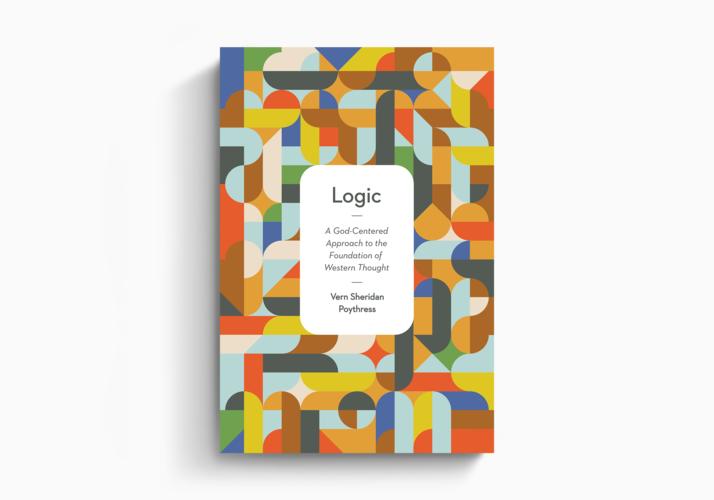