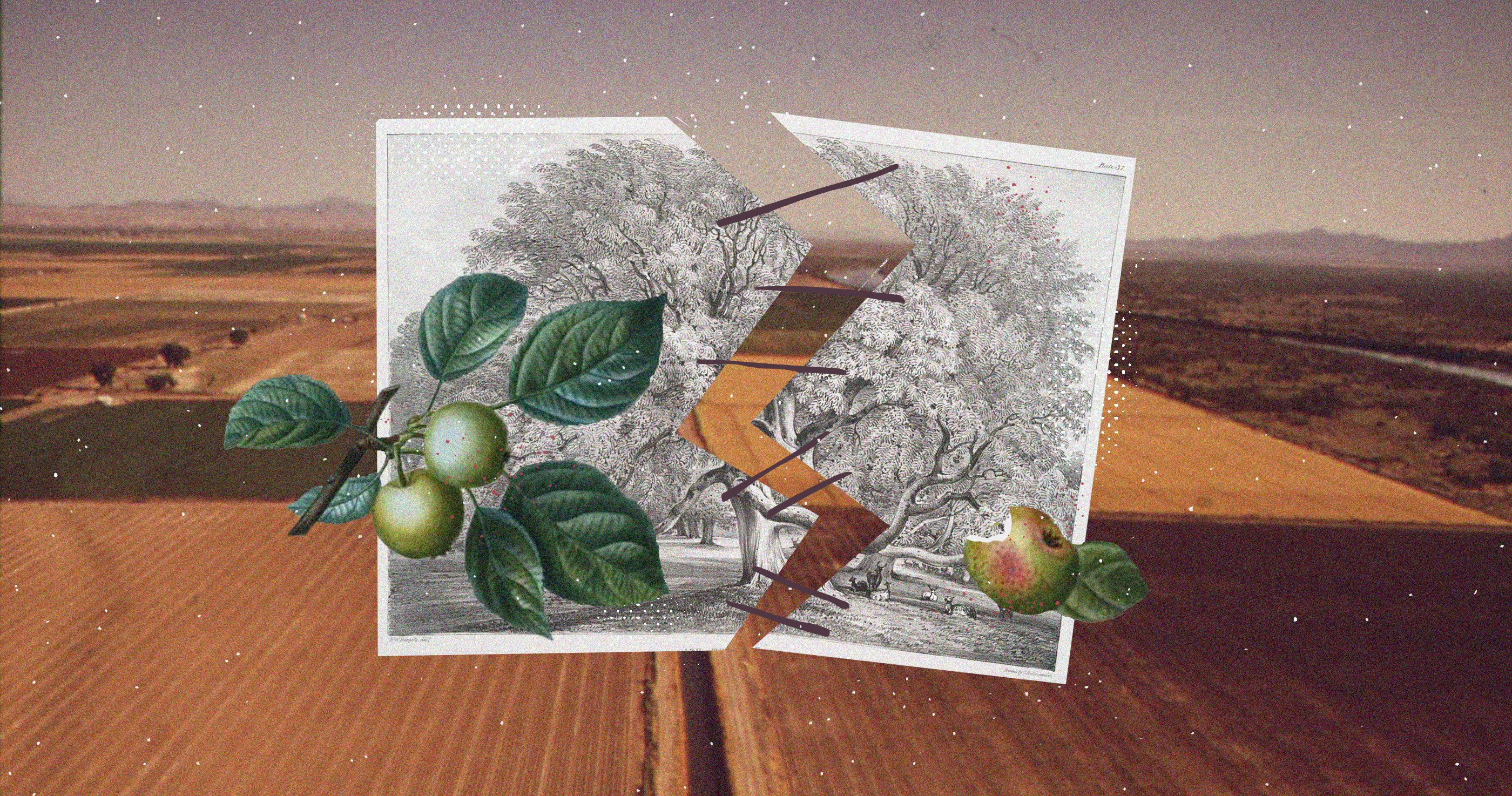 Often when something awful happens to us or those whom we love, we find ourselves asking, Why me? Why now? Why this? Suffering disrupts our lives, seeming to violate the way life should be. This can make us desperate to know why we are suffering.

Jesus made it clear that we may never know. When some people told him about Pontius Pilate killing some Galileans as they were offering temple sacrifices, he said it didn’t mean that they were particularly bad, and added that the 18 people killed when the tower of Siloam fell on them weren’t worse than others either. All we should conclude from such catastrophes, he said, is that if we don’t repent, we will perish too (see Luke 13:1–5; see also John 9:1–3).

In observing that the same things happen to the righteous and the wicked—“to him who sacrifices and him who does not”—the author of Ecclesiastes acknowledged that what appears to be mere chance happens to everyone. “Under the sun,” he wrote, “the race is not to the swift, nor the battle to the strong, nor bread to the wise, nor riches to the intelligent, nor favor to those with knowledge, but time and chance happen to them all” (Eccles. 9:2, 11). 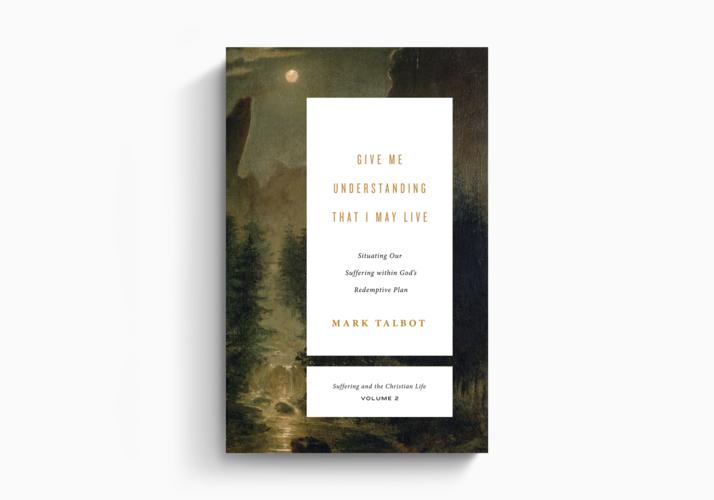 Give Me Understanding That I May Live

In volume 2 of the Suffering and the Christian Life series, Mark Talbot encourages readers to place their suffering within the arc of the full biblical story so that they will better understand their suffering and be able to take courage and find comfort in God.

All of this seems wrong, and in a sense it is. In some sense, we know that this is not the way life is supposed to be. “Misfortune and death are certainly ‘normal’ in the sense that they are universally experienced,” Karen Jobes has written, “but they are not normal when viewed from God’s intention in creation and his plan in redemption. The idea that normal life should always be harmonious and free from suffering, despite universal suffering and death, remains a lingering echo of life in Eden as God created it before the fall. It is also a longing for the time when there will be no more tears, suffering, pain, and death (Rev. 21:4).”1 Our sense that suffering violates life should prompt us to ask why we are so sure that this is not the way things should be.

When It Was Very Good

The Christian answer is that there once was a time when there was no human suffering, and indeed there will be another time when, for those who are God’s children, it will once again not be. These times are the outermost parts of the full Christian story. That story tells us that when God created the world, there was no human suffering. Everything was “very good” (Gen. 1:31). It also tells us that when God returns to end human history, there will be no suffering for those who have put their faith in Jesus’s work. Creation and consummation are, then, the outermost coordinates—the bookends—of the full Christian story.

In between we find two more parts: rebellion and redemption. These are the parts of the Christian story we now live in. Suffering became a regular part of human life after Adam and Eve rebelled against God’s command not to eat from the forbidden tree. He had warned them that if they ate from it then they would die. And die they did, since by their disobedience they severed their spiritual lifeline with God. Because of their act of rebellion, we are now all born spiritually dead, estranged from God’s life-giving presence, with biological lives that end in biological death. Spiritually now we are all like zombies, just “animated corpses” who, even as we continue to move about, are just the “walking dead” (see Eph. 2:1—3).

Moreover, because of their sin, God cursed the ground so that nature itself has become vain—producing thorns and thistles while being in itself empty of ultimate meaning and purpose (see Gen. 3:17—19, Rom. 8:18—25). This reminds us of our desperate plight. Cut off from communion with God, in whom is our only true life, we can only linger in a world that is now itself a source of frustration and futility. Now, as Henri Blocher claims, all of creation is part of a kind of funeral procession.2

Into this dire situation Jesus came, winning redemption for us through his own suffering and death. Now, justified by faith in our Lord’s propitiatory sacrifice, we are reconciled with God (see Rom. 5:1—11) and we are reborn spiritually because of Jesus’s obedience (see John 3:1—8; Rom. 5:12—21; Eph. 2:4—10). Yet in this time before he returns at the consummation, we will still suffer. For as he reminded his disciples on his last evening with them before he went to the cross, “Remember what I told you: ‘A servant is not greater than his master.’ If they persecuted me, they will persecute you” (John 15:20; see also 2 Tim. 3:12). Indeed, Paul declared, “The Spirit himself bears witness with our spirit that we are children of God, and if children, then heirs—heirs of God and fellow heirs with Christ, provided we suffer with him in order that we may also be glorified with him” (Rom. 8:16—17). We will suffer if we openly identify with our Lord, which we must do in order to be saved (see Matt. 10:32—33; Rom. 10:9). So the New Testament’s message to us is, No suffering, no glory (see Acts 14:19—22; 2 Cor. 1:7).

Of course, questions remain. For instance, why are we now to rejoice in our suffering?3 Why do some people suffer much more than others? Are there experiences of daily life that are actually kinds of mild suffering that, as such, should remind us each day that something has gone wrong in our world? And why doesn’t God usually answer our prayers for him to end our suffering, since our Lord declared: “Ask, and it will be given to you; seek, and you will find; knock, and it will be opened to you. For everyone who asks receives, and the one who seeks finds, and to the one who knocks it will be opened. Or which one of you, if his son asks him for bread, will give him a stone? Or if he asks for a fish, will give him a serpent? If you then, who are evil, know how to give good gifts to your children, how much more will your Father who is in heaven give good things to those who ask him!” (Matt. 7:7—11)? These questions have answers, but they can’t be given in a short article that is only outlining the full Christian story—which is, indeed, “the true story of the whole world.”4

It has been the suffering in my life that has invested it with real meaning and purpose.

In the meantime, as someone who has experienced some suffering, let me say that it has been the suffering in my life that has invested it with real meaning and purpose. Considered abstractly, it probably seems that suffering can never be good. But as God’s way of reminding us that something has gone wrong in our world and thus bringing us back to himself, it is good. If the price to be paid for our becoming reconciled to God and truly useful to others is that we must suffer, then ultimately we may see such suffering to be, as the apostle Paul claimed, a very small price, indeed (see 2 Cor. 1:3—7; 4:16—18). That was the testimony of the psalmist who prayed, “Give me understanding that I may live” (Ps. 119:144), when he wrote:

Mark Talbot is the author of Give Me Understanding That I May Live: Situating Our Suffering within God’s Redemptive Plan.

Mark Talbot (PhD, University of Pennsylvania) is an associate professor of philosophy at Wheaton College and the host of the When the Stars Disappear podcast. He is also the author of the Suffering and the Christian Life series, including When the Stars Disappear and Give Me Understanding That I May Live. He and his wife, Cindy, have one daughter and three grandchildren.

How Suffering Reveals Your True Self

When the thing you have been trusting is laid to waste, you don’t suffer just the loss of that thing; you also suffer the loss of the identity and security that it provided.

10 Things You Should Know about Suffering

Suffering is not outside of God's control and he has a purpose for it.

Podcast: Asking God "Why" in the Midst of Suffering (Mark Talbot)

Is it okay to ask God why when suffering? What do you do when you go through profound suffering? 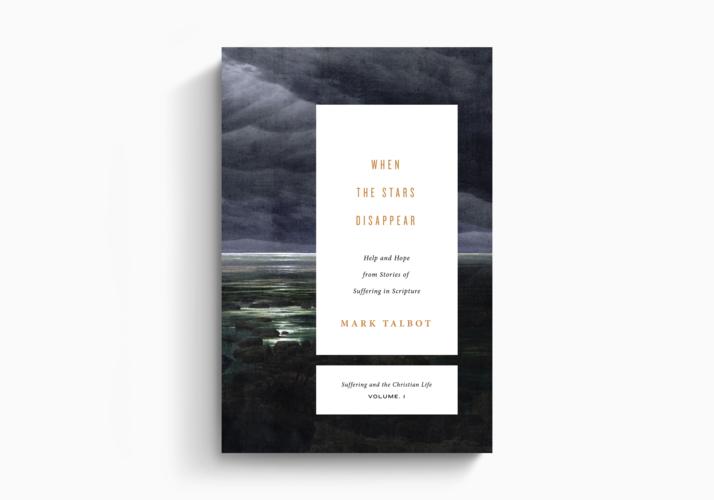 When the Stars Disappear
Mark Talbot
Suffering and the Christian Life, Volume 1