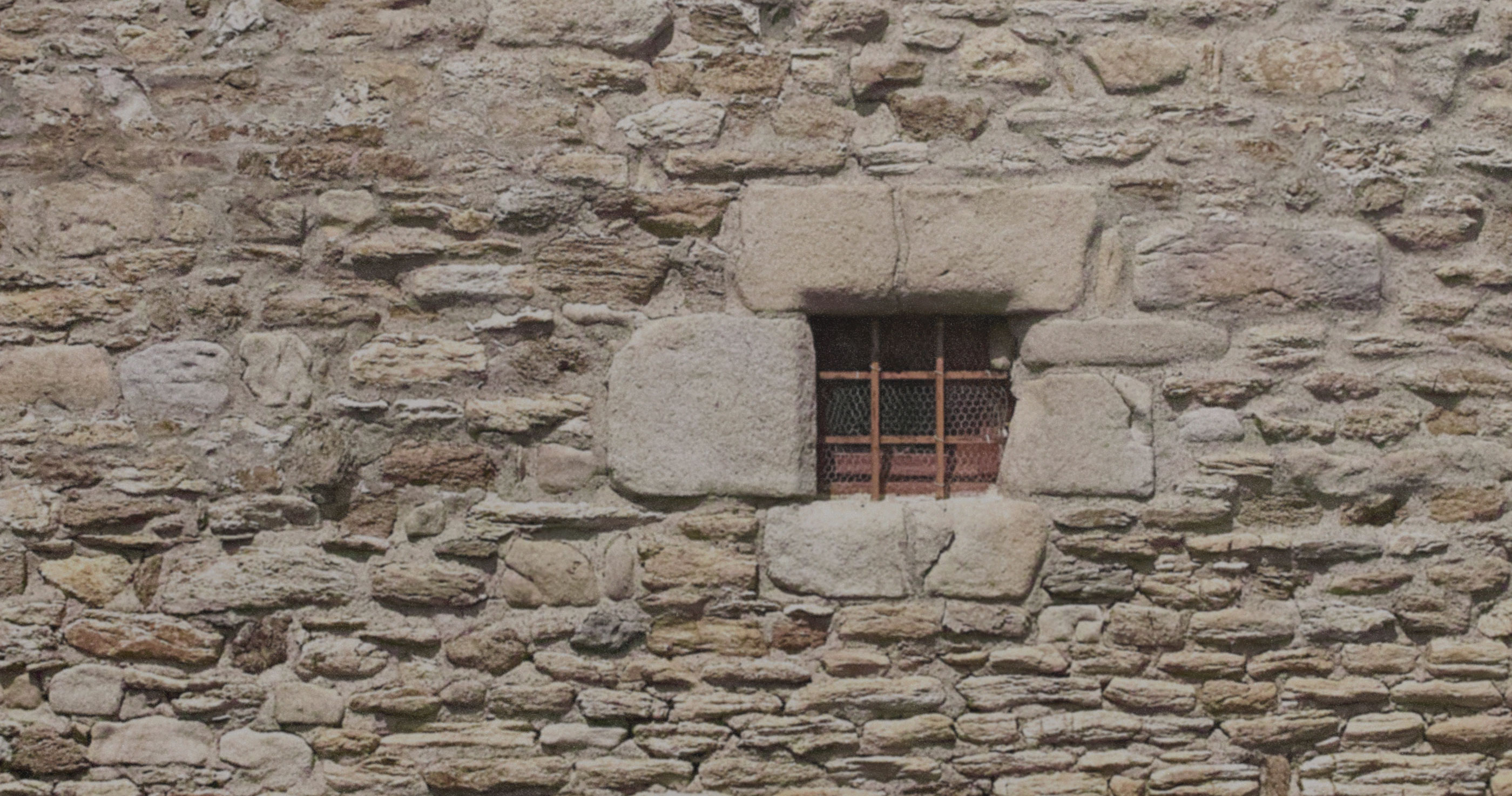 Jesus became a substitute for us in a colossal way.

On Jesus’s final day on this earth he was arrested in a garden and taken for trial. It was a brief ordeal because there was no real evidence. There was no attorney with exhibit A or a last-minute witness to take the stand who would clinch the verdict. The three mock trials probably lasted a few minutes each. Jesus bounced from Pilate to Herod and then back to Pilate again.

It was in the final trial that Jesus was sentenced to death. It seems as if Pilate didn’t necessarily want to send Jesus to his death, but he bowed down to the pressure of the Jews (Matt. 27:22–24). As the Roman governor over Jerusalem, Pilate already had a difficult relationship with the Jewish population. He previously had remedied a budget shortage by pillaging the temple treasury for funds. The Jews were so angry that many rioted. The soldiers Pilate sent to stop the riot ended up beating many Jews to death. That will certainly make you an enemy of the people. At another point, the Jews were so exasperated with Pilate for decorating his palace with idols, they actually appealed to Caesar. The ruler was less than thrilled at the bickering and asked Pilate to remove the idols. Pilate was supposed to keep the Jews under control, but he just couldn’t seem to do it.

Now Pilate faced yet another potentially explosive issue: what to do with Jesus? Another riot would have been costly. With two strikes against him, a third one might put Pilate out of work and on the streets for good. The situation with Jesus came to a boiling point during the Passover. It was tradition that the Roman Empire would allow one convicted felon to go free, and the Jews could choose who this would be. Matthew 27:15–18 records this moment:

Now at the feast the governor was accustomed to release for the crowd any one prisoner whom they wanted. And they had then a notorious prisoner called Barabbas. So when they had gathered, Pilate said to them, “Whom do you want me to release for you: Barabbas, or Jesus who is called Christ?” For he knew that it was out of envy that they had delivered him up.

Pilate might have said to himself, “Here’s my opportunity to simply let Jesus go free. We’ll put forward the worst prisoner, a murderer, and we’ll put forward Jesus. Surely they won’t let the other guy go free.” But they did. The chief priests and elders persuaded the crowd to release Barabbas. Pilate was so surprised, he asked them again a second time, “‘Which of the two do you want me to release for you?’ And they said, ‘Barabbas’” (Matt. 27:21). And so just to clarify, Pilate asked them one last time, “‘Then what shall I do with Jesus who is called Christ?’ They all said, ‘Let him be crucified!’ And he said, “Why? What evil has he done?’ But they shouted all the more, ‘Let him be crucified!’” (Matt. 27:22–23).

This whole scenario is surprising to say the least. Jesus had been accused of crimes that could not be proved. Then there was Barabbas who was basically a terrorist. The crowd chose a murderer over the one who brings the dead back to life. They chose evil over the one who loves perfectly. Pilate knew Jesus was innocent, but the crowds roared to free Barabbas and to crucify Jesus. And Pilate caved in to save his job.

Jesus took his death, and Barabbas was given the freedom Jesus deserved.

I have often wondered what Barabbas was thinking at that point. He was sitting on death row in a Roman prison and certainly aware that he could be killed any day. There was not a clear or straightforward process of parole or further appeals for him to count on. Prisoners didn’t have any rights. It was over for him. There was no hope. He was a murderer who deserved death, and deep down he probably knew it. Each passing day was one day closer to certain death. He may have been imagining it—the flogging, mocking, and eventual death. It was coming.

And then the day comes. He can hear the shouts ringing throughout the courtyard: “Crucify him, crucify him!” Perhaps he was thinking to himself, “They are coming for me.” The guards open the door to his cell and drag him outside. But then an astonishing thing happens. Everyone is celebrating his new freedom. His chains are released, and he is set free. The murderer is set free.

Put yourself in his sandals for a minute. You are walking to your death in chains and then all of a sudden, when you least expect it, you are a free man. Then you hear the words begin again: “Crucify him, crucify him.” And you see another walking by. Those chants are not for you. The guards are dragging another man to his death—Jesus of Nazareth. He’s beaten and flogged and is forced to carry his cross to his death. It’s the very cross you had imagined yourself carrying only moments earlier. You think to yourself, that’s my death he’s dying. Barabbas is the one person in history who could say that Jesus literally carried his cross. Jesus took his death, and Barabbas was given the freedom Jesus deserved. Jesus bore the guilt and shame and curse and disgrace and death that Barabbas deserved. Barabbas received the release, the freedom, and the life that Jesus deserved. It was an incredible scene.1

I wonder if Barabbas ever got over that moment. You would think that the image of Jesus carrying his cross would have been etched on his mind and heart for the rest of his life. There are too many ironies for him to miss it. Barabbas’s name means “son of the father.” Bar means “son” and Abba means “father.” In the book of Matthew we learn that his full name was Jesus Barabbas.2 Jesus, son of the father. Tim Keller points out that we have two Jesuses in our story. Both “son of the Father,” and yet they could not be more different. One rules by taking the lives of others, and the other rules by giving his own life. One wants to overthrow the king, and the other is the rightful King of the people. One is guilty and will be set free, and the other is an innocent man who is about to be killed. The real Son of the Father, who is innocent, will go to his death. They freed the wrong son.3

Jesus was going to be killed for the kind of crime that the man set free actually committed. The ironies continue. Jesus literally took Barabbas’s punishment for him. Jesus even marched to his death as Barabbas would have. Jesus marched willingly and quietly. And yet it wasn’t because he had lost. Jesus was not outsmarted by his opponents. This was not a mistake or an accident. It was not plan B in God’s eternal plan of salvation. The crucifixion of the innocent Lamb of God was God’s plan from eternity past.

In Luke 9 we read that Jesus set his face toward Jerusalem because he was on a mission. His whole life was moving toward Golgotha, toward that hill where he would die. His life was a march toward that cross. He lived to die. Jesus once said, “No one takes [my life] from me, but I lay it down of my own accord” (John 10:18).

The Jews chose the wrong man, but the Lord put forward the right one. That’s the gospel. “For our sake he made him to be sin who knew no sin, so that in him we might become the righteousness of God” (2 Cor. 5:21). You and I are sinners. We sit in a spiritual prison, bound helpless, awaiting the day when we will receive the just punishment we deserve. We sit on the death row of all death rows waiting to be dragged out to death not knowing when God’s righteous judgment will come down. But the good news is that when you repent of your sin and trust in Jesus to save you, Jesus goes off to the cross in your place. He gets what you deserve; you get what he deserves. It is the greatest exchange in all of history. Jesus gives up his life so you can have life.

This article is adapted from Kiss the Wave: Embracing God in Your Trials by Dave Furman.

Dave Furman (ThM, Dallas Theological Seminary) serves as the senior pastor of Redeemer Church of Dubai in the United Arab Emirates, which he planted in 2010. Dave and his wife, Gloria, have four children.

The reality of Christ’s vicarious, substitutionary death on our behalf is the heart of the gospel according to God.