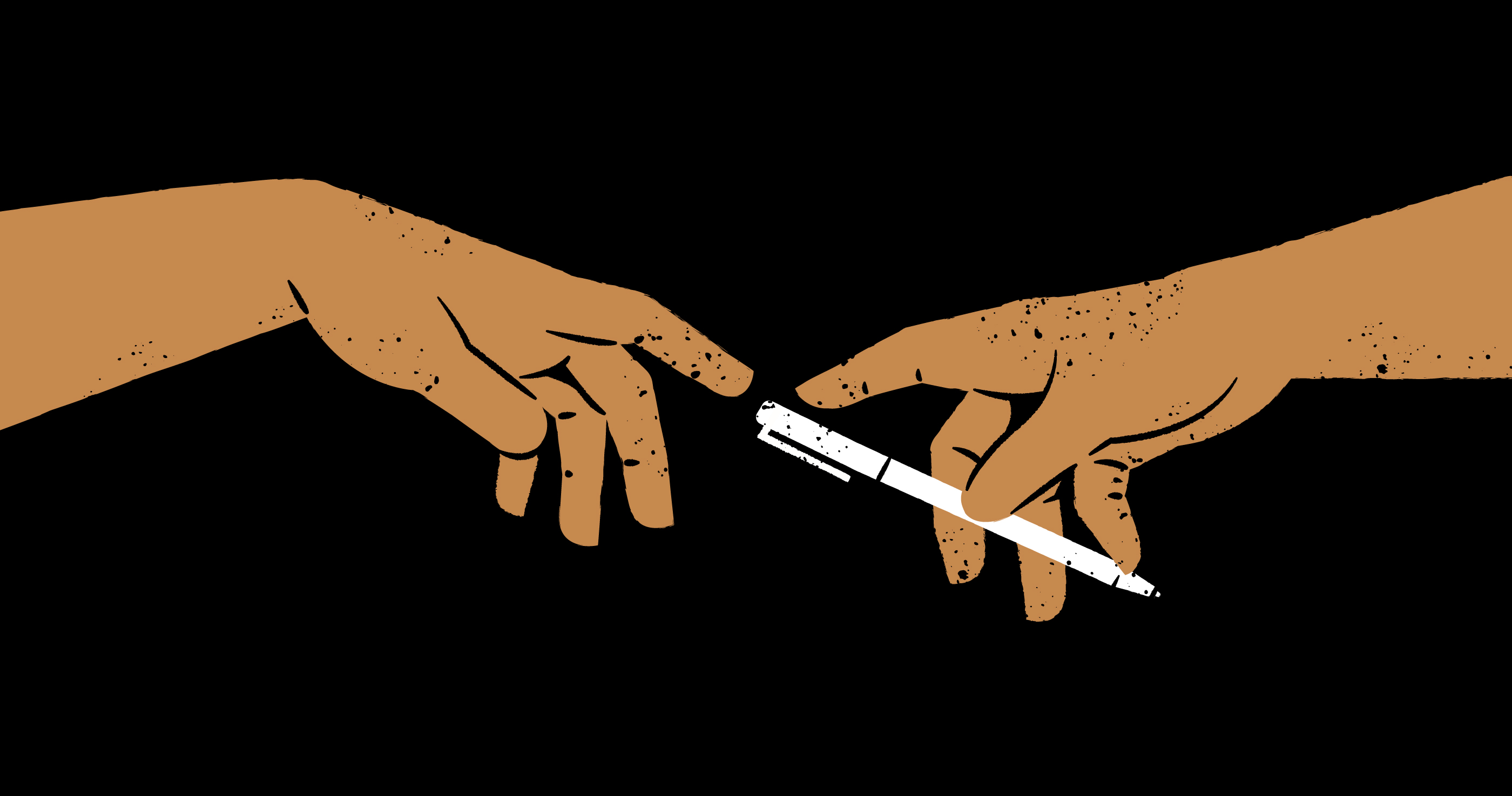 A World Full of Authors

Eighty-one percent of Americans feel that they have a book in them, and should write it. Of those who start to write, 97 percent never finish. Only one in five of the books submitted to publishers get published. Of the half million or so books published in the United States every year, the average sales are 250 copies each. By these measures, there are lots of disappointed authors in the United States!1

But there are even more disappointed authors than the official stats reveal. We’re all writing the stories of our lives, and we’ve all failed to write and publish the book we wanted. Some of us failed at the beginning, some of us fear failed endings, all of us have failed chapters. We’re all failed authors, so we’re all disillusioned authors.

And yet, no matter how bad and sad our story becomes, we’re still reluctant to hand our pen over to a better author. Why? Because we still want to be the writers of our own story. The end result is disappointing books, embarrassing books, tragic books, and horror books. How do we exchange our failed story for a better story?

John 4:1–42 reassures us that there is a way to a better story, to a story worth writing and publishing. It involves admitting that we’re failed authors, avoiding the “help” of other failed authors, and then handing our keyboard to Jesus to retype our story and fill us with satisfying success rather than with hollow disappointment. 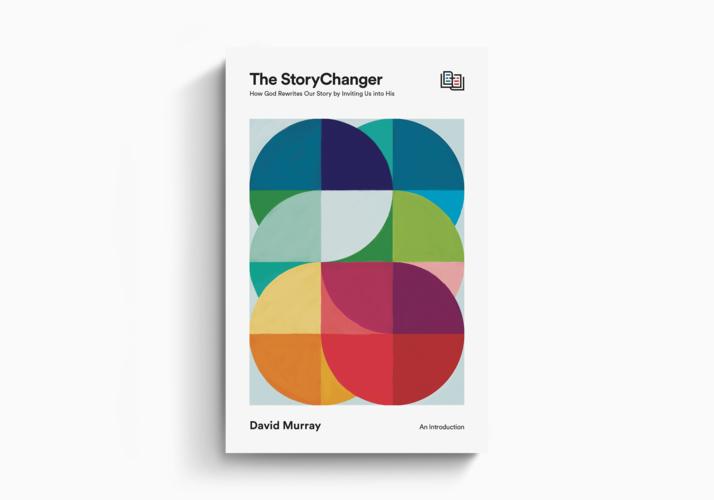 David Murray introduces readers to the StoryChanger, Jesus Christ—the only one who can rewrite human stories with his better Story—directing them to the stories of individuals in Scripture to see how their own messy stories can be transformed into stories worth telling.

We Are All Failed Authors

One day, Jesus decided to leave Judea and head for Galilee, deliberately traveling through Samaria on the way. Why? He knew there was a failed author there whose story he was going to rewrite. When he arrived in Sychar of Samaria, he was tired, so he sat beside a well to refresh himself in the heat of the midday sun. That’s when he sees Ms. Samaritan, the failed author he came to meet. Let’s learn from her failures and Jesus’s words so we can write a story of success. How many of us are failed authors? All of us.

One of Jesus’s great skills was to get people to read their own stories, to get their manuscript out and face the reality of what they had written so far. That’s what he did with Ms. Samaritan. Let’s read what she had written up to this point.

A Story of Unquenched Thirst

It’s no accident that Jesus “arranged” to meet Ms. Samaritan at a well in the desert, that their conversation centered around thirst and water, and that his first words to her were, “Give me a drink” (John 4:7). The scene is a picture of her whole life—a life of unquenched thirst, unfulfilled and unfulfilling desires, and drinking in pleasures that parched her soul into a desert.

That’s why, after the initial interaction, Jesus said, “If you knew the gift of God, and who it is that is saying to you, ‘Give me a drink,’ you would have asked him, and he would have given you living water” (John 4:10). He was contrasting her striving life with his giving life. “You work, work, work for thirst, thirst, thirst. I give, give, give for life, life, life.”

When Jesus said, “Everyone who drinks of this water will be thirsty again” (John 4:13), he wasn’t referring primarily to the water in the well, but to the sins that had drained her life up to this point. He was saying, “You’re only drinking deeper thirst.” Her lifestyle was a deathstyle. Her drink was dust.

That’s an offer she can’t refuse. Dropping her defenses, she says, “Sir, give me this water, so that I will not be thirsty or have to come here to draw water” (John 4:15). She’s done with her soul-drying story and wants a revitalizing rewrite.

A Story of Sinful Spin

Ms. Samaritan asks for this water, but she’s not yet thirsty enough to drink it. So, Jesus makes her uncover the secret story that had scorched her soul. “Jesus said to her, ‘Go, call your husband, and come here.’ The woman answered him, ‘I have no husband.’ Jesus said to her, ‘You are right in saying, “I have no husband”; for you have had five husbands, and the one you now have is not your husband. What you have said is true’” (John 4:16–18). She told the truth, but not the whole truth. She told the truth in a way that told a lie. She was a skilled “spin doctor” but couldn’t fool this spiritual doctor. Five marriages and now a live-in boyfriend. She’s on her sixth try for happiness in men. Each one promised satisfaction, but each one left her high and dry. Six dreams, six nightmares.

Men Had Failed Her

In that culture, women did not initiate divorces. No matter how bad their marriages were, they stayed in them because they were entirely dependent upon their husbands. Men had all the power and all the resources. So, when we read of five divorces, we are reading a story of the serial abuse of a defenseless woman. They picked her up for a few brief pages of pleasure, then walked out of her story and forsook her. They took over her story, wrote their own on top of it, and then split. Each one promised her a better story, and each one wrecked her story. And now, the sixth, wouldn’t even marry her. He just took from her and never gave himself to her.

The Culture Had Failed Her

The culture failed this woman in a number of ways. It allowed this kind of serial abuse of the weak. We can see how women were demeaned even in the disciples’ reaction to her talking with Jesus (John 4:27). They also had absorbed a false cultural narrative about women that was far from the Bible’s ennobling and elevating narrative for women. Jesus changed that narrative in his kind treatment of her. The culture also had a false religious narrative that focused on traditional and external matters such as the place of worship (John 4:20). Again, Jesus switched the narrative by his answer that focused on the truth not tradition, and on the spiritual nature of worship not the physical place of worship (4:21–24).

“The woman said to him, ‘I know that Messiah is coming (he who is called Christ). When he comes, he will tell us all things.’ Jesus said to her, ‘I who speak to you am he’” (John 4:25–26). We want the next line to be, “She believed him and gave her story over to him.” Instead, the disciples gate-crash the climactic scene (4:27). This ends the conversation with Jesus, but it doesn’t stop conversion to Jesus. Her transformation is hinted at in the words “so the woman left her water jar” (John 4:28). The symbol of thirst, and failed attempts to quench it, is left behind. What was central to her life is now peripheral.

What she had focused on is now forgotten. That Jesus changed her story is even more clearly seen in her next words.

She Told Her Story

She left her water jar, went back into town, and said to the people, “Come, see a man who told me all that I ever did. Can this be the Christ?” (John 4:28–29). She left the town with a thirsty mouth but returned with a satisfied soul. She left a liar, but returned a truth-teller. She met the StoryChanger and wanted to tell her new story. The StoryChanger created a storyteller who herself became a storychanger.

There is a way to a better story, to a story worth writing and publishing. It involves admitting that we’re failed authors, avoiding the “help” of other failed authors, and then handing our keyboard to Jesus to retype our story.

“Many Samaritans from that town believed in him because of the woman’s testimony, ‘He told me all that I ever did’” (John 4:39). They asked him to stay and tell them more. For two days he heard their stories, told his story, and changed their stories with his (4:40–41). “They said to the woman, ‘It is no longer because of what you said that we believe, for we have heard for ourselves, and we know that this is indeed the Savior of the world’” (4:42). One changed story changed many more stories.

How do we exchange our failed story for a better story? Admit we’re failed authors, bypass all other aspiring writers, and ask Jesus to take the pen to write a satisfying and successful story.

How God Changed My Story with His Story

When Jesus changed my story, I decided that one of the changes I needed to make was leaving my job in finance. It involved too much social drinking and also some low-level corruption. So, instead of giving my boss my six-monthly report, I gave him my resignation. He was not happy because he had invested a lot of time, money, and thought in preparing me for a position I had really wanted and recently had achieved. I offered him four-weeks’ notice, but he said, “You can leave today. Give me your company car keys. Your salary ends today, as does your discounted mortgage” (4 percent at a time when interest rates were 12 percent!).

There I was, in my early twenties, with no job, no income, no home, and no car—and I was the happiest person in the world because I had Christ as my Savior. I knew he was writing a better story for me, even if I didn’t know what it was at that point. I left my “water-pot” that had left me low and dry.

As I walked to the bus stop—jobless, penniless, carless, and soon-to-be houseless—I felt as if I had taken my failed story, turned to that day’s page, written The End, and thrown it in the trash. I had no idea what the new book would look like. I had no idea what the first letter on the first page would be. But I knew a best-selling author was now author of my life and that he would write me the best story he could ever imagine for me.

This article is adapted from The StoryChanger: How God Rewrites Our Story by Inviting Us into His by David Murray.

Help! I’m Feeling Anxious about . . . Everything

Let’s be honest, we’re all worried, aren’t we? The good news is that God knew this day was coming and has provided counsel for us to stop worry at its source.

Podcast: Help! My Teen Is Struggling with Anxiety and Depression (David Murray)

Why is teen anxiety and depression on the rise, and what can parents do to help their children who are struggling?

9 Principles for Navigating Anxiety and Depression

What are the general principles to bear in mind as you begin to work with your teen through anxiety and depression?

Podcast: The Danger of Burnout and How to Avoid It (David Murray)

In this interview, David Murray discusses the all-too-common problem of burnout—its causes, warning signs, and effects . . . and how to avoid it. 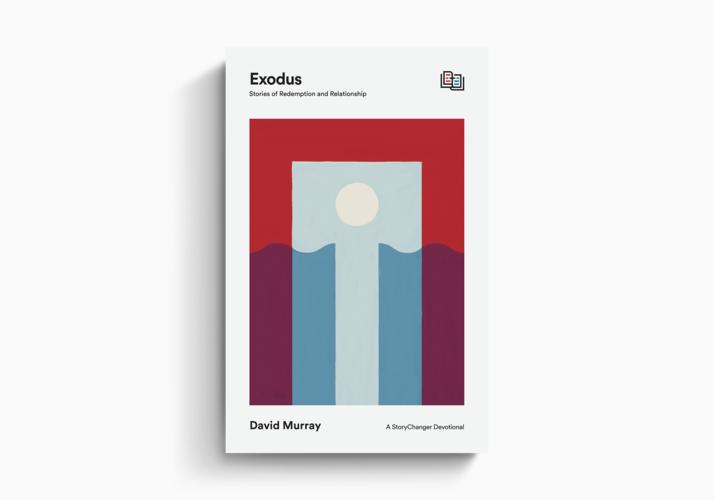 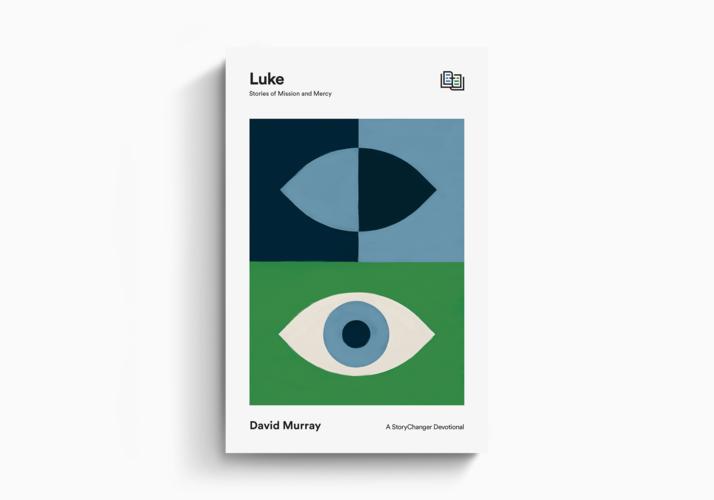 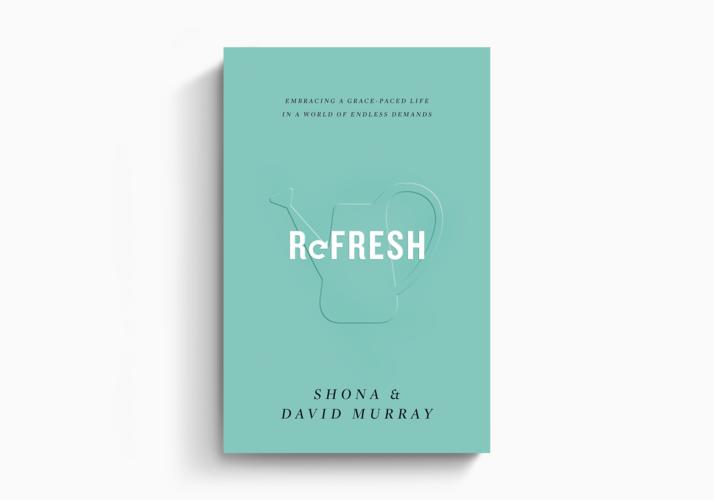